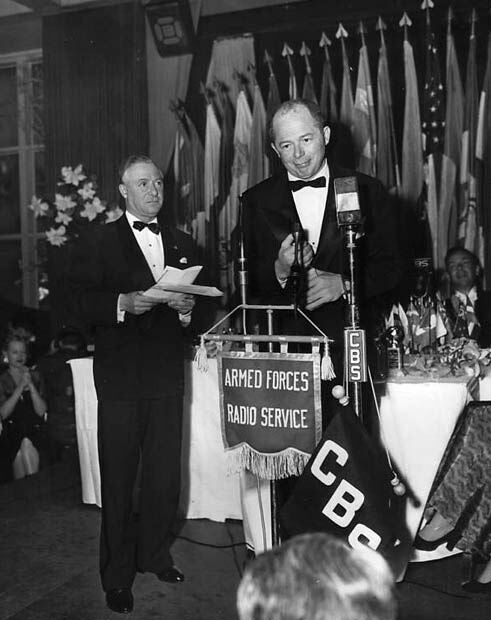 At the 1946 ceremony. Billy Wilder receives his Golden Globe for Best Director for The Lost Weekend.

The Hollywood Foreign Press Association’s annual Golden Globe Awards have enabled the non-profit organization to donate more than $45 million in the past 26 years to over 70 entertainment-related charities, as well as funding scholarships and other programs for future film and television professionals. In the year 2020, the donations reached a total of over $5.1 million in grants destined to non-profits, institutions, and charities.

Known worldwide for its glittering Golden Globe Awards ceremony held every January and its multi-million dollar donations to charity, the Hollywood Foreign Press Association had humble origins that stemmed solely from a group of journalists' desire to efficiently and accurately cover all aspects of the world of entertainment.

Today's organization has its roots in the early 1940s when Pearl Harbor had drawn America into World War II. Audiences, hungry for diversion, were seeking out films offering escape, inspiration, and entertainment; and filmmakers such as Orson Welles, Preston Sturges, Darryl Zanuck and Michael Curtiz were working hard to fulfill the need. Amid the turmoil of war and the difficulties with communications, a handful of Los Angeles-based overseas journalists banded together to share contacts, information, and material. The idea was not a new one: previously, in 1928 the Hollywood Association of Foreign Correspondents (HAFCO) had been formed and, in 1935, the Foreign Press Society appeared. Both were short-lived, although the HAFCO had a brief moment in the spotlight when Charlie Chaplin, Mary Pickford, and other celebrities showed up at an International Ball the group organized at the Hollywood Roosevelt Hotel.

In 1943 the journalists, led by the correspondent for Britain's Daily Mail, formed the Hollywood Foreign Correspondents Association and conceived the motto “Unity Without Discrimination of Religion or Race.” It was an uphill struggle at first as the film industry had not yet realized the importance of foreign markets. At first, the members held informal gatherings in private homes. As the membership grew, HFPA meetings were held in larger quarters, with the association selecting the Hollywood Roosevelt Hotel as the location for group functions.

The group’s first special event was a luncheon in December 1947, at which a meritorious plaque was awarded to Harry M. Warner, president of Warner Bros., in recognition of his humanitarian work as the principal sponsor of the “Friendship Train,” which left Hollywood with food, clothing, and medical supplies for the needy of Europe.

In 1950 differing philosophies among members created a schism within the organization, resulting in a split into two separate groups -- The Hollywood Foreign Correspondents Association and the Foreign Press Association of Hollywood.

For a time, the two organizations existed side by side, with one group handing out Golden Globes while the other awarded Henriettas, named for their president, Henry Gris. The separation ended in 1955 when the journalists reunited under the collective title “The Hollywood Foreign Press Association” with firm guidelines and requirements for membership. 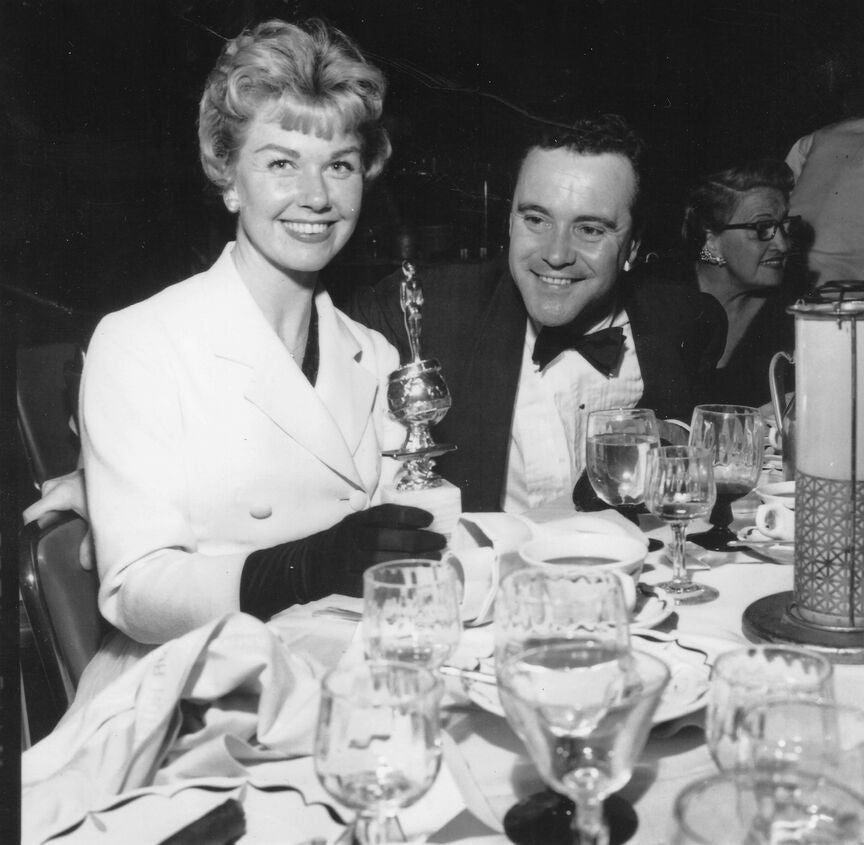 During its early years, the HFPA established itself with the studios by innovations such as its World Favorites awards, which it came up with by polling more than 900 newspapers, magazines and radio stations around the world. Among those honored were Tony Curtis, Marilyn Monroe, Doris Day and Leslie Caron. The group also came up with the idea of "bon voyage" interview lunches with actors and actresses who were leaving to make films in countries represented by the members. 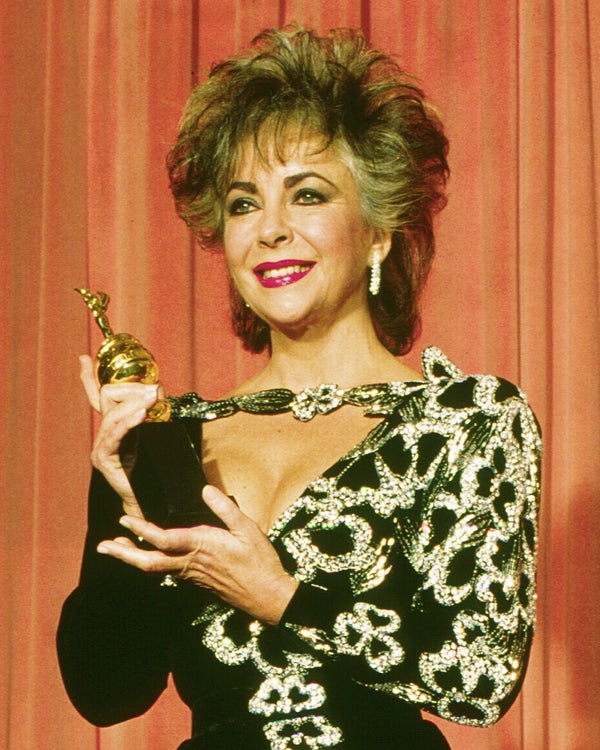 In 1952 a new award was added to the Golden Globes: the prestigious Cecil B. deMille Award, honoring the body of work of a distinguished entertainment professional. Hollywood icon Cecil B. deMille himself was the first recipient, with Walt Disney following suit in 1953. The 2017 Cecil B. deMille recipient was Meryl Streep, who accepted the honor with a passionate and galvanizing speech. In 2018, multi-hyphenate Oprah Winfrey was the recipient of the Cecil B. deMille Award and, just like her predecessor, brought the Internation Ballroom of the Beverly Hilton to their feet, with a brilliant speech about inclusion, strength and creating a better future.

In January 2018 the HFPA celebrated its 75th anniversary in Hollywood. Today the members of the Hollywood Foreign Press Association represent some 55 countries with a combined readership of more than 250 million. Their publications include leading newspapers and magazines in Europe, Asia, Australia/New Zealand and Latin America, ranging from the Daily Telegraph in England to Le Figaro in France, L'Espresso in Italy and Vogue in Germany as well as the China Times, Exame magazine in Brazil and the pan-Arabic magazine Kul Al Osra.

Each year members interview more than 400 actors, directors, writers, and producers, as well as reporting from film sets and seeing more than 300 films. Members also attend film festivals in other countries in order to seek out interesting and innovative foreign language films and establish cultural bonds with directors, actors, jurors and fellow journalists around the world.

Membership meetings are held monthly and the officers and directors are elected annually. A maximum of five journalists is admitted to the organization each year. All members are accredited by the Motion Picture Association of America.

As the international box office has dramatically expanded in recent years, so has the Globes’ prestige increased. The awards now have the distinction of being one of the three most-watched awards shows on television.

The mission of the HFPA is:

To establish favorable relations and cultural ties between foreign countries and the United States of America by the dissemination of information concerning the American culture and traditions as depicted in motion pictures and television through news media in various foreign countries;

To recognize outstanding achievements by conferring annual Awards of Merit, (Golden Globe® Awards), serving as a constant incentive within the entertainment industry, both domestic and foreign, and to focus wide public attention upon the best in motion pictures and television;

To contribute to other nonprofit organizations connected with the entertainment industry and involved in educational, cultural, and humanitarian activities;

To promote interest in the study of the arts, including the development of talent in the entertainment field through scholarships given to major learning institutions.