by Kirpi Uimonen Ballesteros January 6, 2015
Share on FacebookShare on TwitterShare on PinterestCopy URL 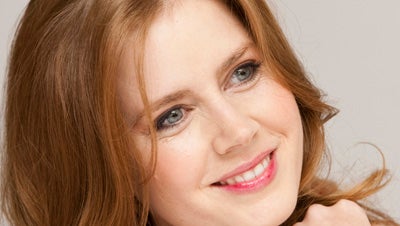 Amy Adams, 39, lights up the room. The soft-spoken American actress thanks her parents, Richard Kent and Kathryn Adams, for her good manners. Her mother and father raised their seven children in The Church of Jesus Christ of Latter-day Saints, before they divorced in 1985 and left the Mormon Church.

“They raised me well. The best advice they gave to me is, treat other people the way you want them to treat you. I do believe what goes around, comes around,” one of the most polite actresses in Hollywood says.

Adams was born in Italy where her father, a U.S. serviceman, was stationed and later raised in Colorado. She sang in her school choir and trained at a local dance company. Later she performed in a dinner theater in Minnesota before she got her first movie role in Drop Dead Gorgeous (1999).

The sweet, girl next-door attitude came across in her earlier movies. From her breakthrough role as a chatty, cheerful Southern wife in the independent film Junebug (2005). That performance led to the wide-eyed, would-be princess who got exiled from an animated world to a live-action world in Enchanted (2007), for which she received her first Golden Globe nomination. Then she played a young writer who aspires to cook all 524 recipes in Julia Child's cookbook, “Mastering the Art of French Cooking”, in one year and blog about her challenges in Julie & Julia (2009).

Over the past several years, she has expanded her range of characters and transformed from Disney princess to other Golden Globe-nominated roles as the young and naïve Sister James in Doubt (2008), a bartender tough enough to stand up to the greedy family of her boxer boyfriend Mark Wahlberg in The Fighter (2010), the domineering wife of a cult leader (Philip Seymour Hoffman) in The Master (2012), and a sexy con artist in David O. Russell’s American Hustle for which she won Best Actress in a Comedy or Musical.

“I feel like I have just grown as a human being and hopefully that is reflected in my work.” She told us after that performance last year. “I still have the same approach, the same love and the same passion for work [as at the beginning of my career] so hopefully that comes across. I am going to fail sometimes because I really do want to take risks. It doesn’t feel good for people to not like what you have done but I am okay with that because it is how you learn.”

Now she has earned her sixth Golden Globe nomination for her performance in Tim Burton’s Big Eyes where she portrays the artist Margaret Keane whose work was appropriated by her con man husband Walter, and their subsequent divorce trial where she tried to reclaim her artistic reputation and her life.

Next up for Amy is Object of Beauty adapted from Steve Martin’s novella. She also will reappear as Lois Lane in Batman vs. Superman: Dawn of Justice to be released next year.

“I am a horrible workaholic,” she admitted a year ago, “Sometimes it’s easier to work than it is to just live your life. Because with work you feel like you can – it is an illusion of course – but you feel like you can control work to some degree whereas life is completely out of control most of the time. Now that I have my daughter (Aviana) it has definitely become more important for me to create a balance and when I go home I try as hard as possible to leave work behind.”  Aviana is four years old and her father is Amy Adams fiancée, actor and artist Darren Le Gallo, 39. With a little luck, maybe next January 11 she can bring another Golden Globe back home to them. 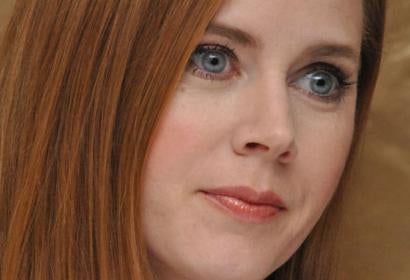