by Luca Celada January 20, 2017
Share on FacebookShare on TwitterShare on PinterestCopy URL 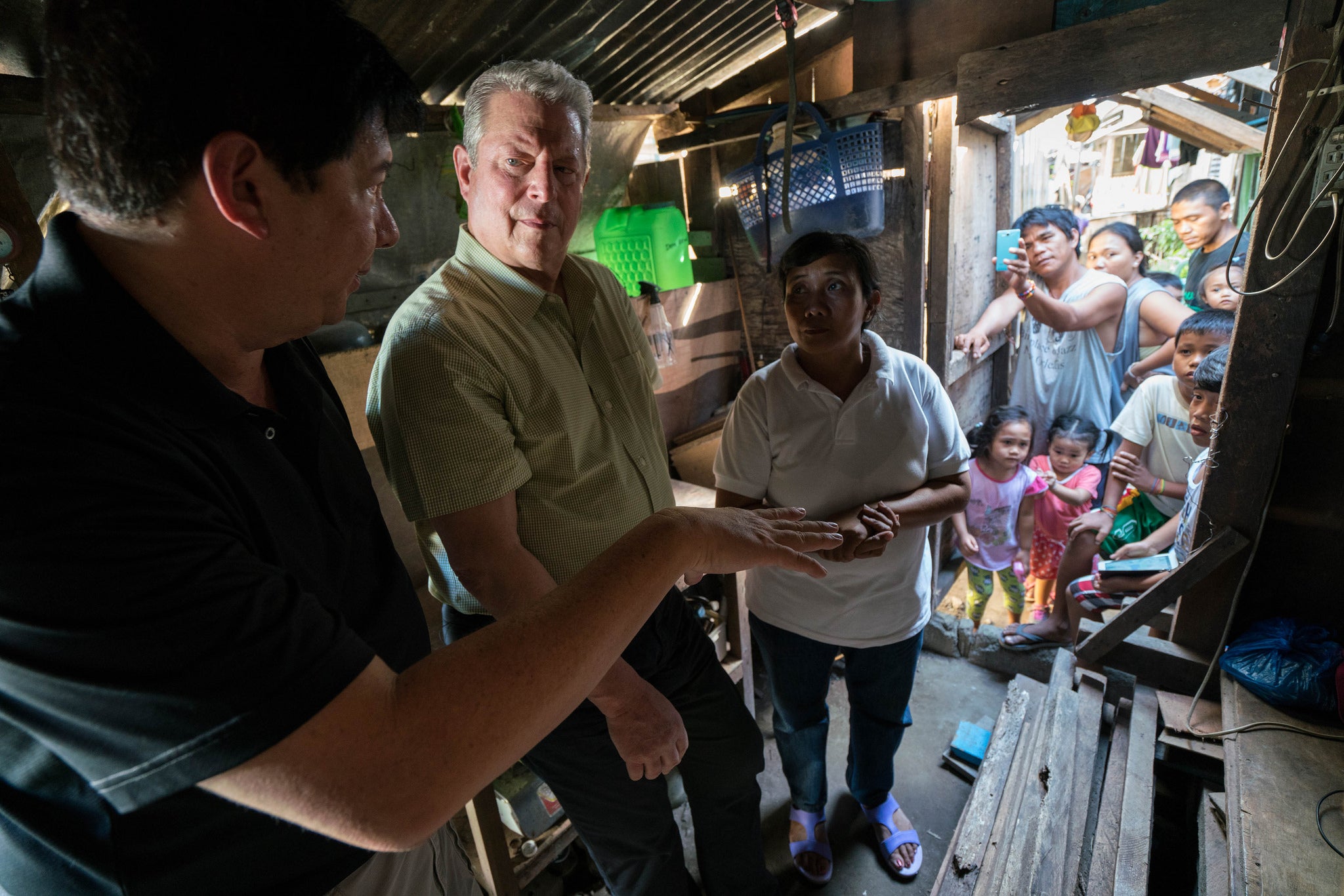 An Inconvenient Sequel: Truth to Power opened the 33rd  Sundance Festival which , as detailed at the opening conference by Robert Redford and Artistic Director John Cooper, will devote special attention to the environment. That focus is expressed by the first New Climate section featuring 14 films and “VR experiences” dedicated to global warming. And no film could have been a more fitting opener than Al Gore's follow-up to his 2006 Oscar winner An Inconvenient Truth, which bowed here a decade ago to wide acclaim. That film was directed by Davis Guggenheim, and this “sequel” is helmed by the veteran documentarist team of Bonni Cohen and Jon Shenk, who have tackled the issue before with The Island President  detailing the fight of Maldives President Mohamed Nasheed  to save his tiny island nation from encroaching sea rise (it won a special “sustainability award here).

Like that earlier film, and more so than the Guggenheim ‘original’ , Inconvenient is really centered on the man: Al Gore is seeing crisscrossing the globe training his environmental “ambassadors” (more than 10000 from across the world to date) in delivering the famed slide show about the perils of climate change and rallying environmental troops ahead of last August’s historical Paris Summit which saw 175 countries sign an historic commitment to reduce carbon emissions into the atmosphere. In the process Cohen and Shenk achieve the difficult feat of imbuing a contentious but scientific issue with emotional force. The Sundance audience were repeatedly moved to tears by the revisiting of the devastating human toll of typhoon Haiyan on Tacloban City and other regions of the Philippines causing 6300 deaths and an estimated 4 million climate refugees. Another emotional point in the film is when a 24 hour broadcast on the environmental hosted by Gore in Paris is interrupted by the deadly Paris terrorist attacks. The ex-vice president suspends the broadcast and delivers a powerful message of solidarity to the French people on behalf of all Americans which will leave few dry eyes in the house.

Through it all a portrait emerges of a man’s undying conviction for an issue that affects us all, made more poignant by the current political context. The film is structured to build to a happy ending of sorts  with the signing of the climate agreement to which Gore contributes all of his diplomatic efforts. But it also acknowledges the, ehm, shifting climate towards  science-based reform. Having begun with a montage of climate-denying  statements by conservative detractors of Mr. Gore, the movie ends with the electoral victory of  the current denier-in-chief (Mr. Trump appears delivering skeptical views in archival footage interspersed throughout like  dissonant counterpoint).  It is a tragic ending which serves as catharsis and a call to action, probably more powerful than the film makers could have planned (it is also not lost on audiences that until this year Gore was the last presidential candidate to lose the white house having won the popular vote).

All in all a sobering, stirring and emotionally wrenching piece of agit-prop which will serve as rallying cry for the future environmental movement as we approach a collective point of no return.