by Ana Maria Bahiana July 17, 2017
Share on FacebookShare on TwitterShare on PinterestCopy URL 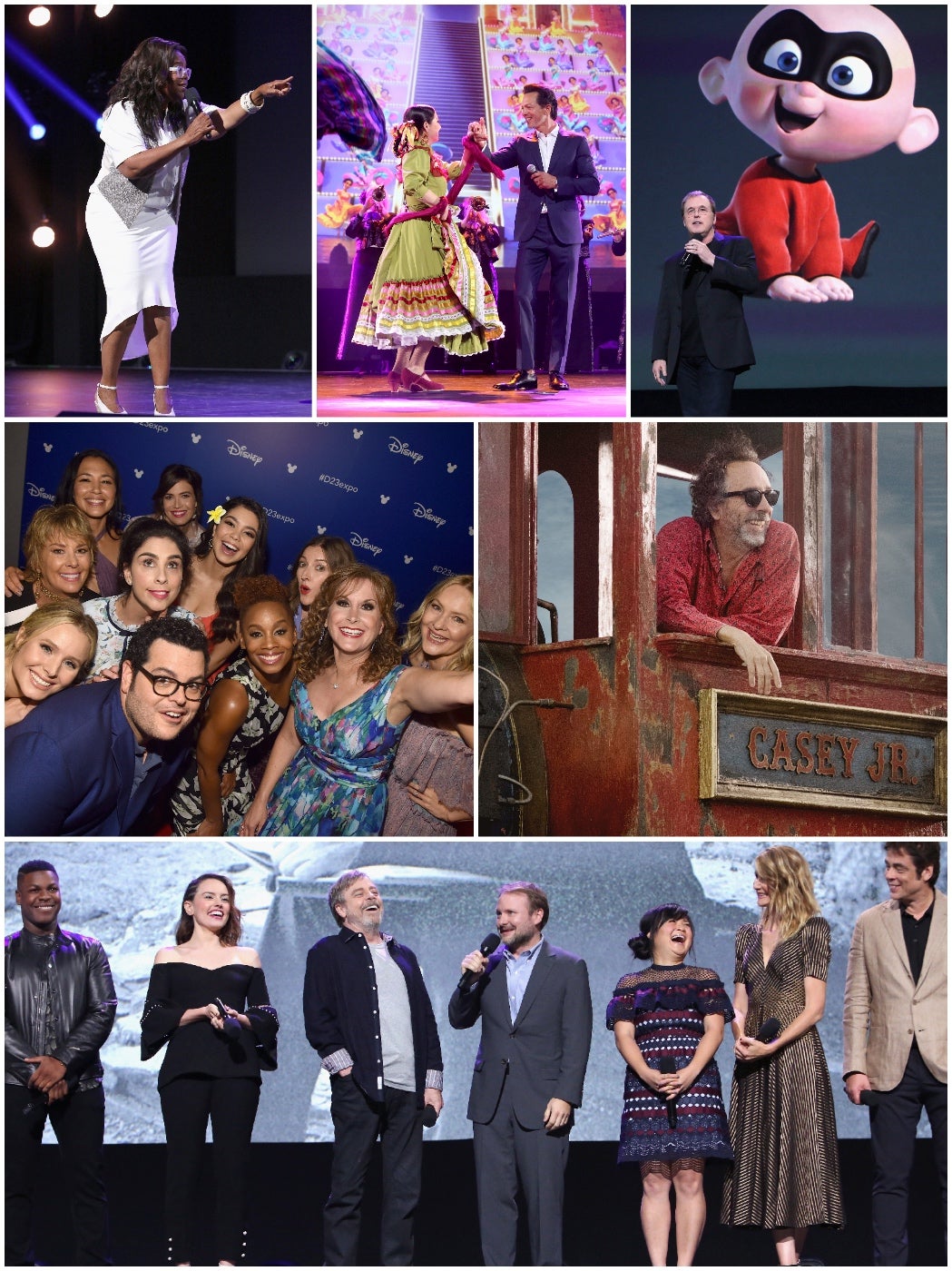 Every two years, since 2009, the Disney empire pounds the drums, sounds the clarions and gathers the tribes of fans and franchisees for one massive get-together: D23 Expo, two and half days in late July/early August dedicated to all things Disney.

The event – named after the year the studio was founded, 1923- takes over the entirety of the massive Anaheim Convention Center – conveniently placed one mile away from the resort that included the Disneyland and California Adventure parks – and serves a variety of key purposes for the Disney multi-verse.

When it comes to Disney’s core sustaining audience - the dedicated fans, part of the D23 Official Fan Club take precedence at the Convention Center and can purchase tickets at a doscount - the Expo is a way to renew their passion with fresh announcements, exclusive clips and trailers and the presence of stars, directors and animators involved in new projects. Fans also have access to the massive exposition hall, where franchisees and Disney partners offer their latest wares – pins, t-shirts, action figures, shoes, assorted memorabilia – alongside stands from Disney’s own Archives, Music and Store.

As a media reach-out, D23 is a controlled environment where new announcements of upcoming product – from movies to park attractions – can be made with maximum efficiency and the backdrop of an enthusiastic audience – the 8,000 attendees that pack the Convention Center’s D Hall, strategically placed around the seats reserved for the press.

Like it does every year, the 2017 D23 started on July 14 with a presentation of its upcoming animation projects. As The Disney Studios’ chairman Alan Horn said in his introduction – “animation is at the very core of what we do. None of this would be possible without animation.”

The 2017-2019 vintage of Disney animation, through its brands Disneytoons, Disney Animation and Pixar, is strong on sequels: John Lasseter announced a Toy Story 4, directed by Josh Cooley (responsible for the short Riley’s First Date); an Incredibles 2, directed by Brad Bird (prefaced by a “tribute” to Edna Mode - voiced by Bird and starring a who’s who of star fashionistas); Ralph Breaks the Internet: Wreck-It Ralph 2 (a scene featuring all Disney princesses received a standing ovation and served as intro for a live appearance by all recent actresses who voiced them); and two pieces from the Frozen universe: the featurette Olaf’s Frozen Adventure, coming to screens in November and, for 2019, Frozen 2.

New animation titles came courtesy of Disneytoons – Disney’s home entertainment animation brand – with a gorgeous and untitled picture that does for jet planes the same that Cars did for automobiles; an untitled project by director Dan Scanlon (Monsters University), about a suburban neighborhood inhabited by fantastic creatures; and Coco, a Mexican-inspired, music-infused saga about a boy who travels to the Land of the Dead and will be Disney Animation’s this year’s holiday release.

Day Two was devoted to new live action titles from Disney, LucasFilm and Marvel. Opening the morning event, Alan Horn saluted The Disney Company‘s chairman and CEO Bob Iger for “his vision of assembling all of these outstanding companies under one roof” (Iger, in the audience since day one, was recognized and cheered by fans).

Several revisits to Disney classic content were announced – a new Mary Poppins movie, Mary Poppins Returns, directed by Rob Marshall and based on the collection of books P. L. Travers wrote about the beloved character, with Emily Blunt playing the near-perfect nanny in an all-star cast that included Meryl Streep as Cousin Topsy, Colin Firth as evil banker William Weatherall Wilkins and Lin-Manuel Miranda as a street lamplighter; live action versions of Dumbo, directed by Tim Burton (cheered by the audience when he appeared in a recorded video from the London set); Mulan, directed by Niki Caro (Whale Rider); Aladdin, directed by Guy Ritchie, with Will Smith as the Genie and Mena Massoud as Aladdin, Naomi Scott as Jasmine; a live-action The Lion King, directed by Jon Favreau, using the same technology employed in the blockbuster Jungle Book; and, in the vein of the Pirates of the Caribbean franchise, a movie based on the park attraction Jungle Cruise, starring Dwayne Johnson.

Original live-action announcements included director Lasse Hallstrom’s The Nutcracker and the Four Realms, starring Keira Knightley as the Sugar Plum Fairy, newcomer Mackenzie Foy as Clara, Helen Mirren as Mother Ginger, Morgan Freeman as godfather Drosselmeyer, and featuring a special performance by prima ballerina Misty Copeland; and the highly anticipated A Wrinkle in Time, directed by Ava DuVernay from a screenplay by Jennifer Lee based upon the beloved novel by Madeleine L’Engle. The cast – which includes Oprah Winfrey, Reese Witherspoon, Mindy Kaling, Chris Pine, Gugu Mbatha-Raw, Michael Peña, and Zach Galifianakis – was on hand to talk about the picture, with Oprah driving the fan audience crazy with an offer of exclusive film posters to each and every one of them.

The two big stars of the morning were, of course, left to the end: Star Wars: The Last Jedi, with the cast in attendance, and the new Marvel super-combo, Avengers: Infinity War. Introduced by Marvel’s own Kevin Feige, the highly awaited picture brought the full cast to the stage and, on Hall D’s screens, a brand new trailer that confirmed the fan’s wildest dreams – a universe where the Guardians of the Galaxy and the Avengers, literally, collide. 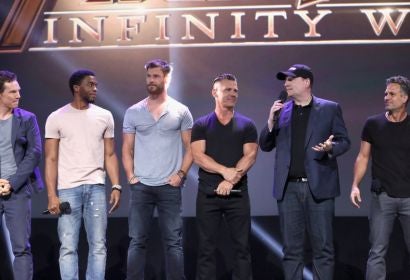 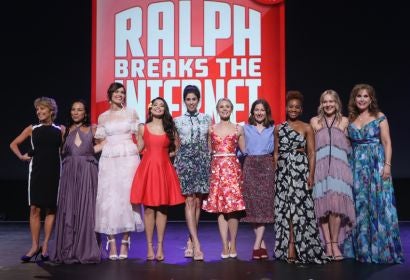