Almost All About Hillary

by Elisabeth Sereda January 28, 2020
Share on FacebookShare on TwitterShare on PinterestCopy URL 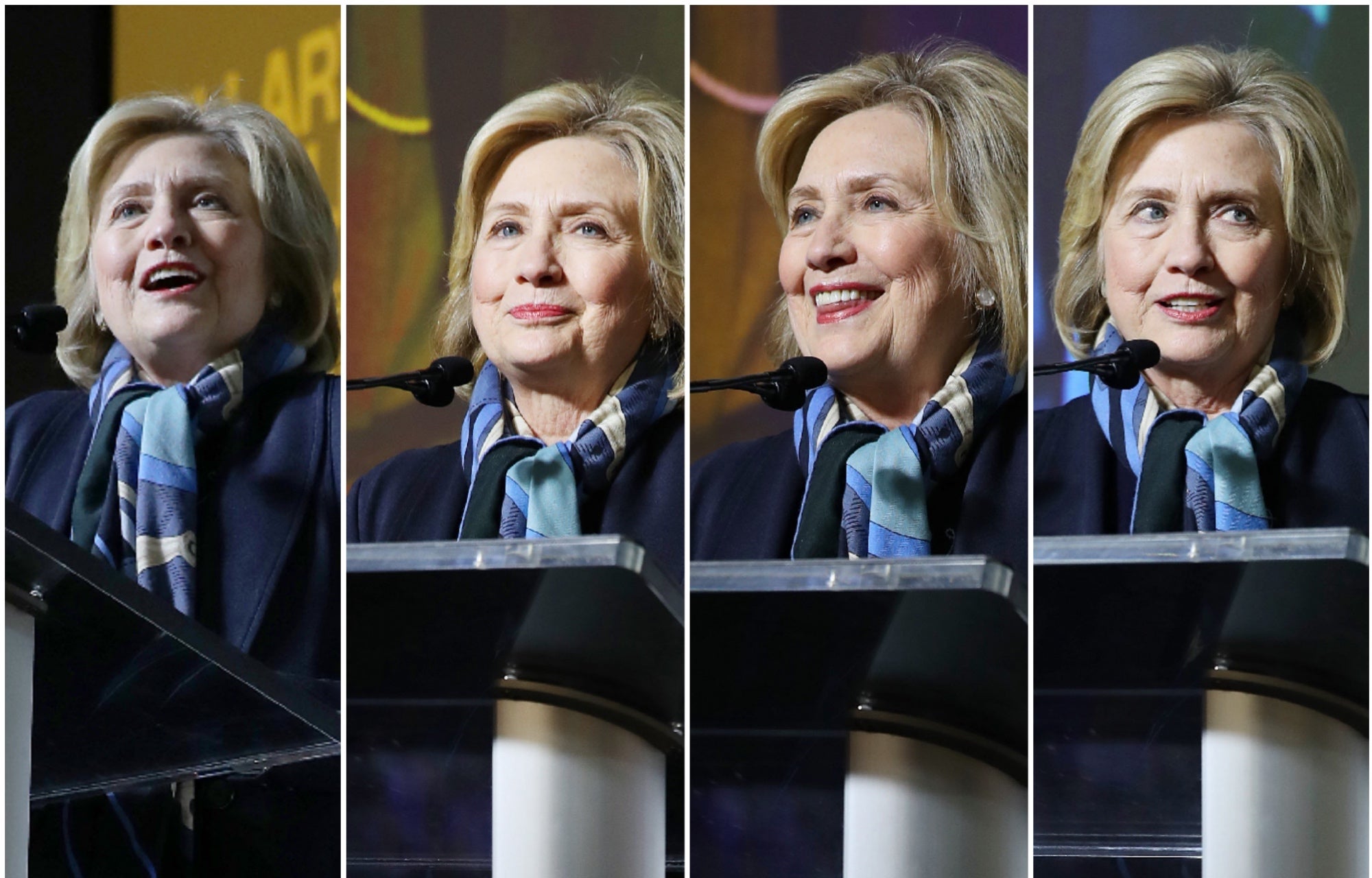 In recent years, Sundance has drawn quite a few politicians and activists to the snow-capped mountains of Park City, most notably Al Gore and Ruth Bader Ginsberg, the former a two-time producer of environmental documentaries, the latter the subject of a doc on her life. This year it was none lesser than the former First Lady, New York Senator, and Secretary of State Hillary Clinton who flew in from New York (on a commercial flight, not private), to promote Hillary, a four-part, four-hour documentary that will start airing on Hulu in March.

Mrs. Clinton made the rounds at the festival, even finding time to watch other films in the three days that she spent in Park City. But she did not do any interviews with the exception of a 12-minute Q&A after the premiere. Not surprisingly, she had to backtrack on the comments she made about former rival and current presidential candidate Bernie Sanders on film: "Nobody likes him, nobody wants to work with him, he got nothing done.” Which created a hashtag on twitter and an array of sarcastic comments.

On stage, she said: “People can support whoever they want to vote for, but once we have a nominee, close ranks. My race with Barack Obama was much closer than my race with Bernie Sanders — I actually got more votes than Barack did, but he got more delegates — so as soon as that was clear, within days I dropped out, endorsed him, I did hundreds of events for him, nobody doubted my support for him. I think that’s what we should expect from anyone who doesn’t get the nomination.” She continued: "I’ve made it very clear that I will work hard for whoever our Democratic nominee is. I think the number one priority for any American is to retire Donald Trump. Period."

During the world premiere screening, the mostly liberal audience in the packed theater that included Gloria Steinem reacted emotionally during the scenes of her impassioned speeches during the last campaign, there were tears at the end when she loses the election and applause when Barack Obama and Bill Clinton appeared on screens. For most people who have not lived under a rock, the documentary does not offer a lot of new insights with the exception of a few glimpses into her childhood. But even then, her friends describe her exactly as one suspects: a driven, hard-working, intelligent woman who always set her goals on accomplishing a lot in life. Hillary herself comes across just like we are used to – careful, smart, open but still a little guarded. 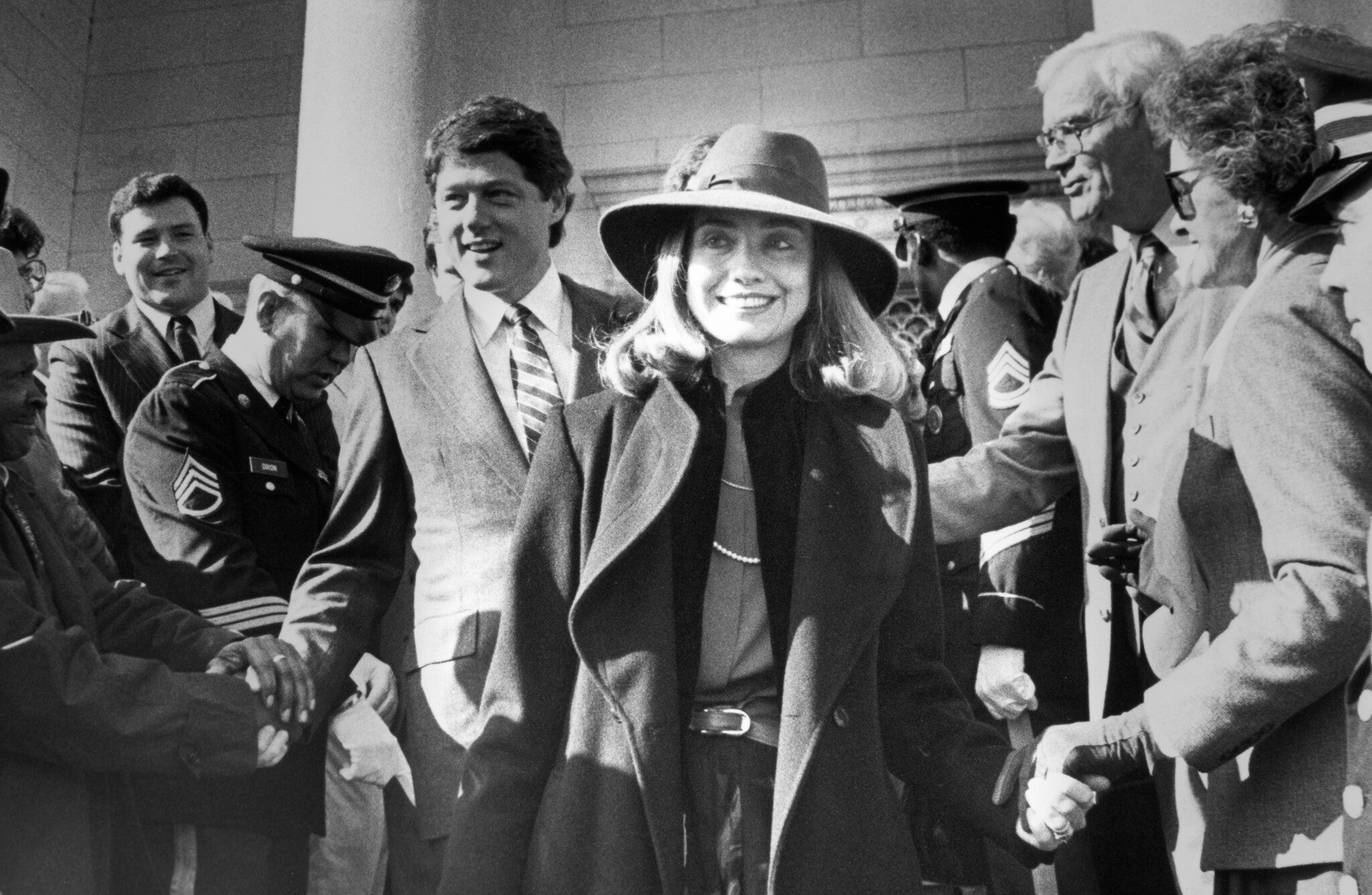 A scene from the documentary Hillary.

After the screening, her longest answer on stage was about the impeachment. It sounded almost like a lesson in constitutional law until she ended with a personal opinion: “When you have patterns of behavior that we saw in the 2016 elections once again being engaged in this election, it’s not a retrospective. This is about what could happen in 2020, and I thought the House did a very professional, very careful job with it, and I’ve served with some of the Republicans who are still there in the Senate, and I find it absolutely beyond my understanding why they’re so cowed, so terrified to do what most of them know they should do.”

As far as the current campaign, she emphasizes with any woman who dares to run for office, any office, but in particular, those who throw their hat in the ring for the presidential race, as she had done twice: “There is a new element to this, and that’s the really vicious online community that goes after women who put their heads above the parapet, and you see this now particularly aimed at Elizabeth Warren, a lot of incredibly vicious attacks aimed at her, so you have all of the usual problems we know about from history, and you have a whole new challenge of social media and what happens to women who speak up.”

Clinton said that doing the film was a really positive experience and had nothing but admiration for the filmmaker despite being grilled by Nanette Burstein for many hours over the course of seven days: “I really didn’t know what I was getting myself into. I was incredibly impressed by Nanette. I actually thought it was going to be a campaign film using, not exclusively, but largely the behind-the-scenes, the hours that had been photographed by our camera team. So when Nanette said, "No, this is going to be a bigger story, I want to talk to you about your life," and so we did spend about 35 hours, seven days of interviewing, and it was exhausting and it was very overwhelming from time to time, but I thought the way she envisioned what she was trying to do made sense.”

She herself asked a few people in her life to grant Burstein access, most notably her husband: “I asked Bill if he would participate and he agreed, but it was a very emotional experience for him and for me. I was really proud of him for doing it and proud of the real honesty and feeling that he brought to the questions that he addressed, so I was really grateful that he was willing to do it.”

After the Q&A the former Secretary of State was driven to a small reception at the Kimball Arts Center where she stayed for almost two hours.