by Margaret Gardiner June 20, 2018
Share on FacebookShare on TwitterShare on PinterestCopy URL 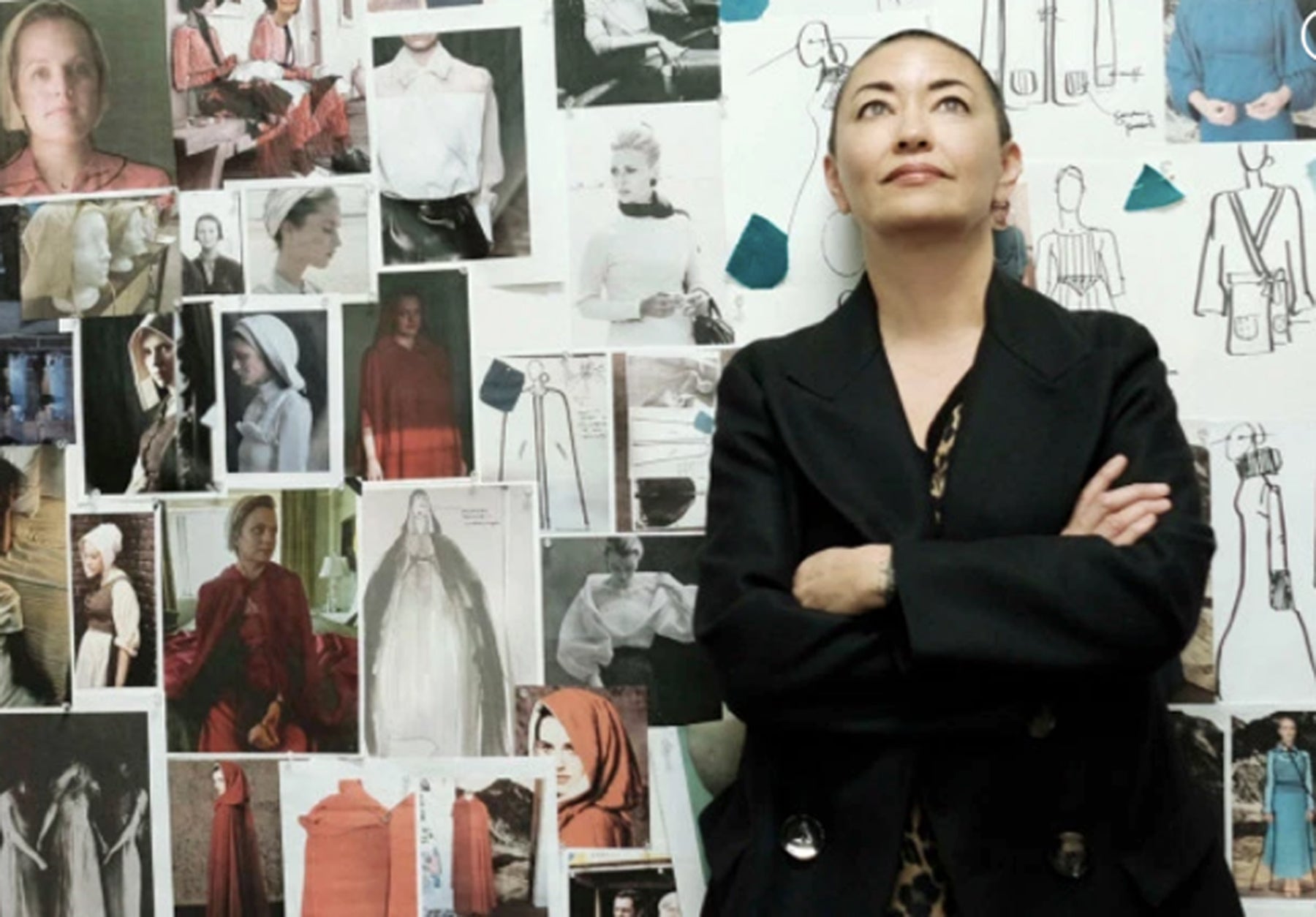 “I expect to be told yes,” says Ane Crabtree, the woman who created costumes for shows like Justified, Masters of Sex and the seminal, Golden Globe-winning The Handmaid’s Tale, which has inspired women around the world to take on the red Handmaid’s uniform as a sign of resistance and overthrowing oppression. “I’ve spent a lifetime being told no, so I don’t take no for an answer.” It’s a philosophy which seeks to eschew decades of cultural, geographical and social molding. And yes, she is astonished and moved that women have taken to donning costumes she created as a gesture of defiance and empowerment.

As the daughter of an Asian mother and an American military father, speaking-up came late to Ane. Like many of her generation, she was raised to be seen and not heard. Reared in financially challenging circumstances in Kentucky, she then circumvented strict rules of obedience in order to survive in the rough neighborhood where she lived. “When you have a gun pulled on you more than once you learn that you have to take care of yourself,” she says unemotionally. “My mother never called us minorities, but I grew up in a neighborhood where I looked different from everyone else,” says the woman whose costumes for television’s Pan Am in 2011, inspired Karl Lagerfeld’s 2012 spring collection for Chanel. “I was expected to work harder and be better than everyone else.”

Looking different from everyone else is something she had to contend with even as she’s rose through the ranks of costume department heads. While women and people of color are underrepresented in almost every field in entertainment, that is even more true of Asians. When I question why this remains true even as Asians succeed in so many other fields, she chuckles softly. “Culturally we succeed by staying silent. We are taught not to make waves. I don’t want to generalize, and I’m not knocking my people, but” that has been a pattern. On the other hand, the woman who was drawn toward fashion television interviews she saw of Edith Head and Joan Rivers, and who was schooled on Alfred Hitchcock movies by her parents, quickly learned that you “asked for what you want and needed, or you got run over.”

Ane believes her wardrobe creations reflect her life. She describes her style as, ‘extreme real life’. “I come from a place of the street, mixed with fashion, mixed with a punk edge. I’m a classicist, but also love people that laud real folks. There’s a lot of real life and anarchist celebration in my clothing and an awareness of fashion with a futurist look.” “I identify with the anarchist because I love upstarts in society who break the rules and create their own because there was no one in my life to inform the world of costume design, no one to lead the way, it was all haphazard. When you come at things from a different direction there is a degree of anarchy out of necessity. You don’t know any other way. There were maybe one or two in a lifetime of costume and fashion designers – Halston and Bill Blass, and Adrien from Indiana.” "There was no one with my background, coming from where I came from, and being a woman of color. It’s getting better, but its a tough road. The opportunities I’ve been fortunate enough to be given have been a result of luck and pluck. So my anarchist mode has been a way of creating and working and trying to come up with a new design and a new way.”

“As a woman of multiracial heritage from the projects of Kentucky, with only our family who looked like us, I had to fight (…)  to get to where I need to be, as a woman and a woman of color.” Ane felt she had to mask who she was because there had been no trailblazers like her in her field. As a defense, she created an identity for herself. As a woman who had stuttered in grade school, she was determined to have her voice heard but admits she is only now, coming into the kind of power which gives her the ability to be honest about her background and own her heritage. “It was in my thirties when I started to give voice to the truths of not having the accouterments that were considered the fodder of the career I have. I didn’t finish college. I didn’t come from where I was supposed to. I didn’t look like anyone else. Once I embraced the truth of who I am, I started to become more successful.”

Which returns us to the expectation to hear ‘yes’. “I ask politely and prove why I need what I ask for. I’m very exact in what I ask for and insistent on people doing their best and telling me ‘yes’. It’s in your delivery. ‘No’ never means no. It’s usually a historical no – like because we are women, or because I’m Asian, and they expect me to go away – to be dutiful and leave.” She laughs at the stereotype. “No never means no, it just means not at this minute.”

“You have to be very outward in asking anything – money, people’s time – in your belief in you. You have to sell yourself. Historically we have been successful by bringing ourselves up by staying quiet. I’m a woman who has American, Indian, Asian and African blood. And Asians, of all the people of color, have been most invisible because they have been taught to be quiet and not make waves. As women, we are taught that too. I can’t speak for other Asians, but I think that is a disservice. My advice would be for us to be a little bit louder, and more ourselves.”

That is a truth for all minorities and women, we have to not be ashamed that we don’t fit the mold of what has come before. 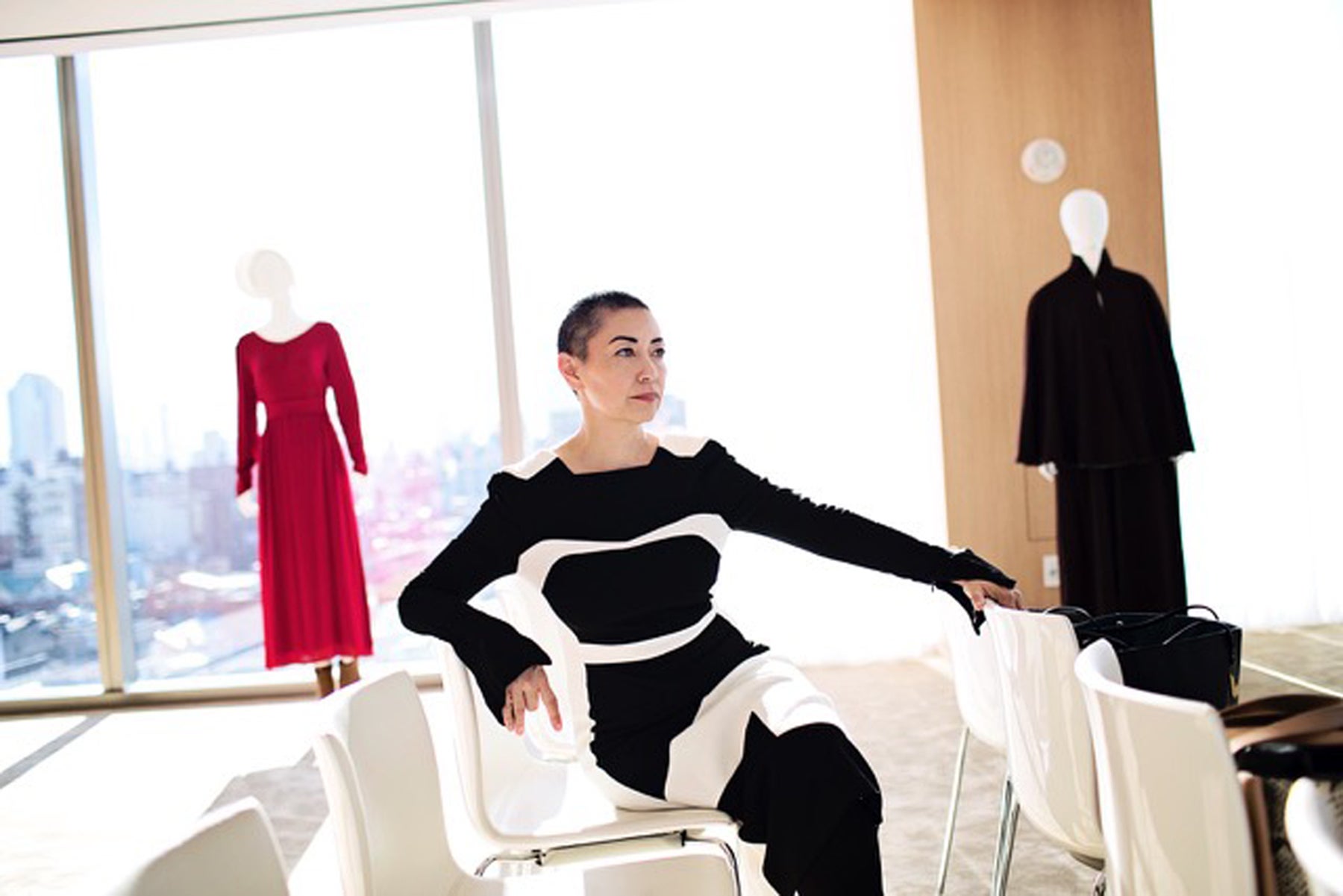 Check out our gallery next week, showcasing the current season of The Handmaid's Tale and incorporating some of Ane’s other projects.