by Husam Asi September 30, 2019
Share on FacebookShare on TwitterShare on PinterestCopy URL 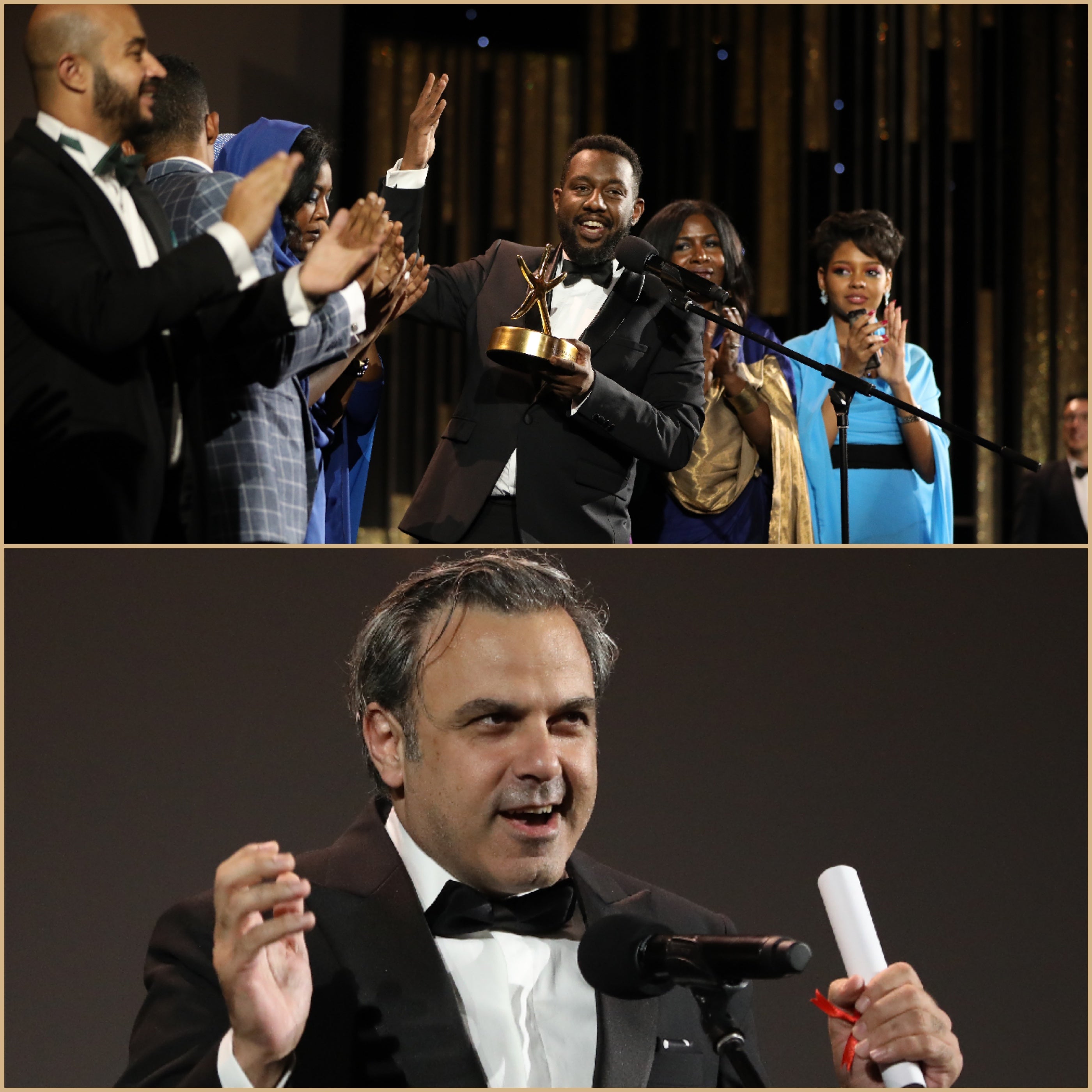 Winners at El Gouna: the Sudanese team winning for You Will Die At 20, Lebanese  fimmaker Oualid Mouaness who won Fipresci Award for 1982.

2019 has been a golden year for Arab cinema. A record number of films from Arab countries were premiered in major international film festivals, such as Berlin, Cannes, Venice, and Toronto, and collected an unprecedented number of accolades. In the last 10 days, some of them made a stop at El Gouna Film Festival, which took place on Egypt’s Red Sea coast, with a competition of 80 films from 40 countries on home turf.

Surprisingly, the victor this year has been the modest Sudanese cinema, which began the year collecting the Best Documentary award at the Berlin Film Festival for Suhaib Gasm Elbari’s⁣ Talking about Trees, and followed that with the Lion of the Future Award for Amjad Abu Alaa’s first feature You Will Die At 20 at the Venice Film Festival. Both films competed at El Gouna and swept its top awards. You Will Die at 20 snatched El Gouna Golden Star for Best Feature Film while Talking about Trees won  the El Gouna Golden Star for Best Documentary.

Arab films collected the majority of the awards. El Gouna Bronze Star for Best Feature went to Morroco’s Maryam Touzani for Adam, while Algeria’s Mounia Medour took the Best Arab Narrative Film Award for Papicha. Both films took part in the Un Certain Regard competition at Cannes Film Festival in May.

Meanwhile, The Fipresci Award was handed to Lebanon’s Oualeed Mounes for 1982, which won the Netpac award for Best Asian movie at Toronto International Film Festival a couple of weeks ago.

Tunisian-Egyptian Hend Sabry was honored with the El Gouna Star for Best Actress award for her role in Tunisian film Noura’s Dream, which premiered at Toronto International Film Festival earlier this month.

Arab documentaries also dominated their categories’ awards. 143 Desert Road from Algeria’s Husam Farhani walked away with the El Gouna Silver Star, while Jordan’s Lina Alabed was awarded the El Gouna Star for the Best Arab Documentary Film for Ibrahim: A Fate to Define.

Since it was founded by Egyptian Business brothers, Samih and Nageeb Sawaris, three years ago, El Gouna Film Festival has become the most important event in the Arab Cinema calendar, attracting Arab film stars and celebrities as well as international stars, such as Oliver Stone, Sylvester Stallone, and Owen Wilson. This year, it was attended by Canadian-Egyptian star of Disney’s Alladin, Mena Masoud, who handed his diversity foundation grant to Morrocan actress Nisrin Eradi at the opening ceremony.

The festival distinguished itself from other festivals in the region by offering more than just screenings and awards. It provides lectures, workshops, and training for Arab filmmakers from international and local experts, in addition to financial support for the completion of their projects whether they are in the development or post-production stage and by holding competitions, judged by international and Arab professionals. This year, the festival handed out $250000 worth of grant awards. Three of last year’s grant recipient projects were Sudan’s Talking About Trees, Tunisia’s Noura’s Dream and Lebanon’s 1982.

“El Gouna is the only Arab festival that offers post-production grants,” says Mouaness. “Without the grant, I wouldn’t be able to complete 1982.” That film follows a 10-year-old pupil at a Beirut school as he attempts to confess his love to a classmate, but his attempts are hampered by Israel’s invasion of Lebanon in 1982. The film benefits from the participation of Lebanon’s biggest star, Nadine Labaki, who plays a teacher going through a fading romance with a colleague.  “Nadine’s presence in the movie has increased its visibility and piqued the interest of the Lebanese audience,” confirms the first time director.

One could also argue that the recent selection of the film to represent Lebanon at the Oscar’s race was instigated by the involvement of Labaki whose film Capernaum was nominated for the Golden Globe and the Oscar of the Best Foreign Language movie last year.

Labaki didn’t attend El Gouna, but Egyptian-Tunisian star, Hend Sabry, did. She walked the red carpet of the premiere of Noura’s Dream, in which she plays a working-class mother, who plans to marry her lover while her husband is locked in prison. But disaster strikes when her husband is suddenly released.

Interestingly, among the multitude of Arab stars who walked the festival’s red carpet, Sabry was the only one who came with a movie. Unlike other Arab stars, she regularly performs in independent, art-house movies. Other than Noura’s Dream, she starred in festival movies such as The Flower of Aleppo, Yacoubian Building and Asma alongside commercial ones such as Blue Elephant 2, which since its release a few months ago, has become the highest-grossing Arab movie in history, collecting 100 million Egyptian pounds ($6 million) at the box office.

"I feel it’s my duty as an Arab woman living in the Arab world and experiencing its challenges to take part in movies that explore these challenges,” says the 39-year-old actress. “In the Arab world, we hardly discuss our problems in cinema or ask questions about, for instance, women’s issues, and that’s what attracts me to women movies.”

Yet, Sabry doesn’t blame her fellow Arab stars for their absence in such social issue movies. She says that independent directors and producers fear stars and don’t offer them roles in their movies. “I had to chase roles in these small movies because directors think that a star will act like a diva and give them a hard time and won’t follow their directions. This happens only in the Arab world. Stars in other countries and in Hollywood work on commercial and art-house movies.”

This disconnect between established actors and independent cinema is a plausible explanation for the lack of interest of Arab audiences in arthouse movies. “Of course,” exclaims Sabry. “Stars attract audiences to their movies. They could be a bridge between arthouse films and audiences in the Arab world.”

The stars have a lot to lose from this work culture, because unlike their commercial movies, which are shown only locally, arthouse movies are screened at international film festivals and compete for the Golden Globes or the Oscars, and sometimes win prestigious awards, exposing their talent to international markets and Hollywood.

This problem is evident in the Egyptian cinema, which produces the most profitable movies in the region, yet it has been completely absent this year in international film festivals. Even at the El Gouna Film Festival, Egyptian Films were missing in the competition and only two were screened outside the competition. Ironically, one of the goals of establishing the El Gouna film festival was to support and promote Egyptian films.

The festival co-founder, Nageeb Sawiris, blames the political, social and religious constraints in his country. “Cinema and art can’t exist without absolute freedom of expression, which we currently don’t have. They censor so many scenes from a movie, you end up not understanding what the movie is about.”

Yet, in spite of all the constraints, the El Gouna Film Festival has proved its doubters wrong and become a pillar for Arab cinema and talent. It’s also considered an Arab success story because, unlike other festivals in the region, it’s run and administered by local professionals rather than hired western experts. 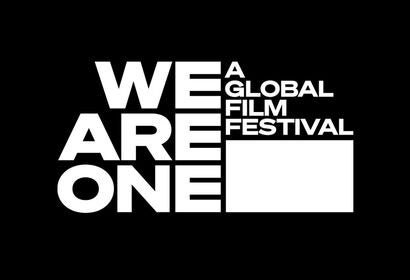 Festivals
Can Virtual Film Festivals and Premieres Replace the Real Ones?
Read More