by Tina Jøhnk Christensen May 11, 2018
Share on FacebookShare on TwitterShare on PinterestCopy URL 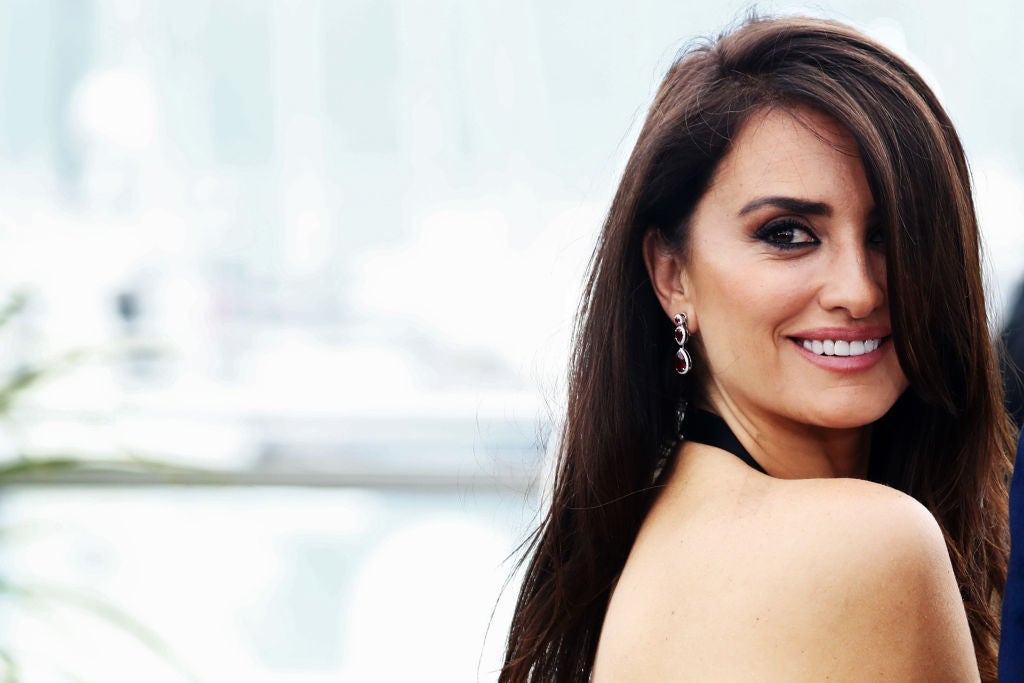 At the Cannes Film Festival, Penélope Cruz and Javier Bardem walked the red carpet with the Iranian director Asghar Farhadi at the opening night. Their film is Everybody Knows and the real life husband and wife do not play a couple but a couple that once was. They were young lovers and now they meet again years later, when Laura (Penelope Cruz) comes from Argentina to her Spanish hometown with her two children to celebrate a family wedding and Paco (Javier Bardem) is there to greet her - and maybe to open some old wounds from the past.

“There are more advantages than anything else,” says Penelope Cruz about working with her husband of eight years. “But still there is something that tells you that it would not be healthy to do these every two years: It would be too much.”

Penelope Cruz counts the number of movies in which she has shared the credits with her husband. It comes to nine. But they only have scenes together in four of them, so these are the only ones that really count, in her opinion. The first one was long before they were a couple and launched both of their careers. It was in 1992 and the film was Bigas Luna’s Jamón Jamón.

“The first one was the one that started our careers,” says Cruz as we meet her on a Cannes hotel location with a full view of La Croisette. “So that is a very special film for us and we loved Bigas Luna very much. He left us unfortunately. But that one was very important for us.”

The couple were not yet married when they shot Woody Allen’s comedy Vicky Cristina Barcelona (2008). Cruz played Maria Elena,  the troubled ex-wife of Bardem’s character Juan Antonio, and her performance lead her to a Golden Globe nomination and an Oscar win for best supporting actress – the first one for a Spanish actress, ever. Before the current Everybody Knows, the couple appeared together in Loving Pablo –with Bardem playing Pablo Escobar and Cruz,  his journalist lover, Virginia Vallejo. 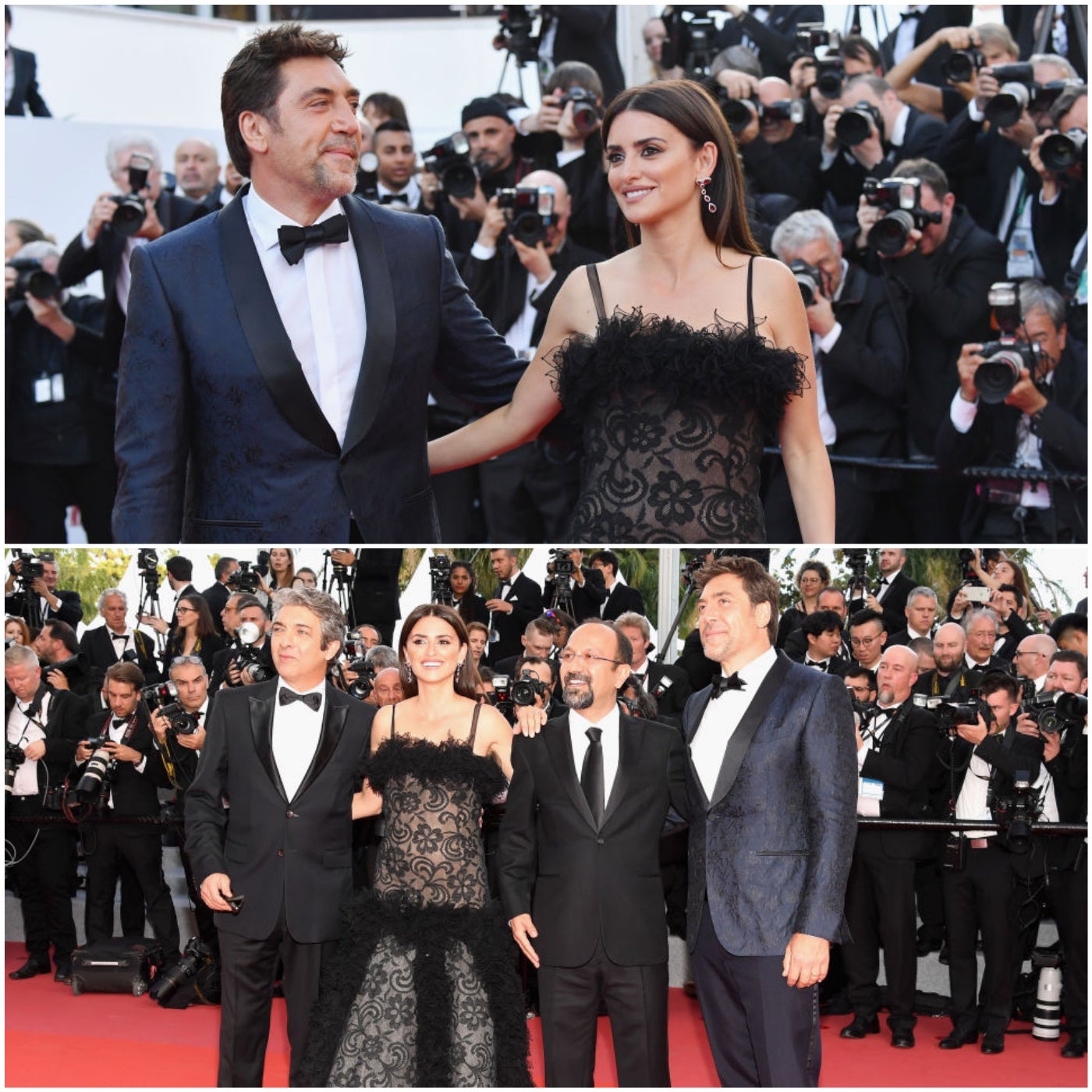 On the Cannes red carpet with Javier Bardem, and with director Asghar Farhadi and Ricardo Darin.

“We are not planning to do this every year – back to back,” she says about working together. “There is no way. We did the Escobar film two and a half years ago, and it comes out now in some territories. The good thing is that the characters are so different from each other as are the dynamics. We are not playing a couple in this movie. It is a good thing that it is not repeating anything and who knows when we will do it again?”

Cruz is obviously excited to be in Farhadi’s Cannnes opener. She plays the mother of a child who is kidnapped in her hometown as her family celebrates a wedding. It turns out that her suffering might be caused by someone close by – all because ‘everybody knows’ something about her and her past. “In three thirds of the film, she is going through anxiety, depression, desperation, anger, rage,” says Cruz about her character. “What she loves the most is threatened and I don’t want to lie – it was very difficult and very demanding to play that. But I enjoyed every day because Asghar is amazing and he always asks for more and he is very demanding but he asks it in such a kind way.”

Cruz is the mother of two young children. But she does not necessarily believe that her performance was shaped by her own experience. However, she acknowledges she might be wrong. “I am sure on a cellular level it is different in ways I can understand in a much deeper way, but I played mothers before. I cannot say that I wish I had had that experience then because I had that maternal instinct in me ever since I was a little girl myself. I think because I was a big sister.”

Farhadi does not speak Spanish. But he lived in Spain for two years before shooting Everybody Knows and gained a comprehension of the language as well as the culture in  which Cruz and Bardem grew up. He managed to see through them every time something did not seem ‘true’ to him. “He has a lie detector,” says Cruz about his sensibility. “He sees through everything. He’s a wonderful observer. He was like a sponge in the way people live and people talk. How can he identify when we make a mistake in one line? He doesn’t have control over the language. He doesn’t sleep. He was memorizing all of our dialogues. He remembers all of our lines. You could never trick him or fool him.” “Every character that he writes is so unique,” Cruz says about the Iranian director. “He writes amazing characters for both men and women. I am lucky that he gave me one of the most amazing characters that I could dream of. It is a very, very hard one. But one I could only dream of. “ 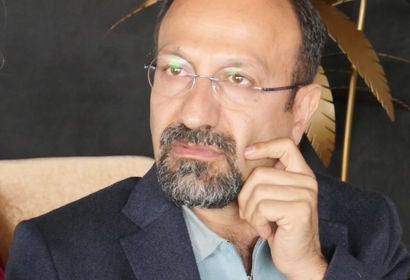 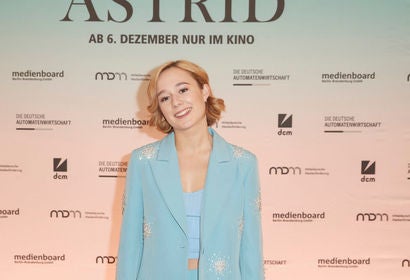 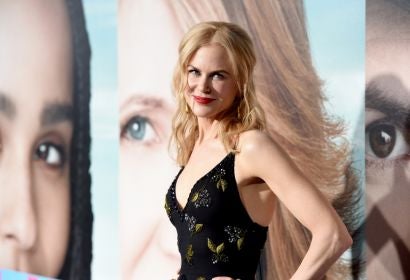