by Michele Manelis September 8, 2016
Share on FacebookShare on TwitterShare on PinterestCopy URL 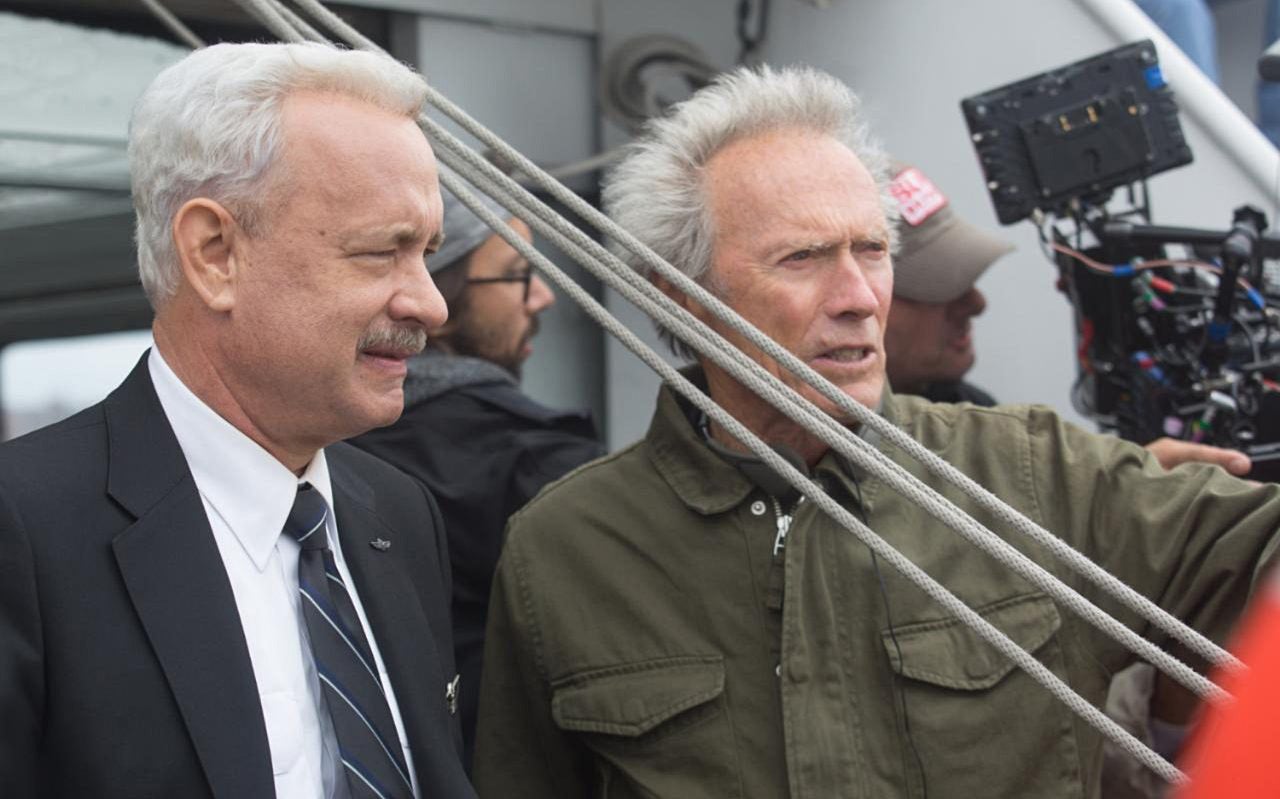 Tom Hanks and Clint Eastwood on the set of Sully

Hollywood icons Clint Eastwood and Tom Hanks collaborate on Sully, based on the autobiographical book, Highest Duty, about Chesley 'Sully' Sullenberger, the pilot who landed the US Airways flight 1549 on the Hudson River, in 2009. Against all odds, Captain Sully saved all 155 lives onboard.

Eastwood, back in the director's seat, wanted to maintain the integrity and authenticity of the story. “I've seen a lot of movies on flight, most of which are fictional. But this one's a real story so it had to be as close to reality as you can make it,” says Eastwood.

Naturally, Hanks spent much quality time with the famed pilot. “Sully is a bit of a task master and didn't want his story maimed or altered or turned into something that it wasn't, and he was adamant about that. He was very particular about things he wanted to be right. And the thing is, we didn't need to make a bunch of stuff up to make it more dramatic because what actually happened is fabulous. It's bone chilling,” offers Hanks.

The unforgettable image of the survivors huddled on the wings of the plane as it bobbed, suddenly inert, on the Hudson is worthy of any action survival film. Even so, characteristically of Eastwood, there's more to the film than a straightforward survival trajectory. “You can't have a drama without conflict. You need the antagonist and the protagonist, and of course I knew about the story of the plane landing on the Hudson, but I said, 'What’s the conflict?’ Then when you read the script (penned by Todd Komarnicki) you realize, 'The conflict is within Sully himself,’ “Eastwood explains. “The National Transportation Safety Board and the investigators who critiqued his procedures made him feel insecure about it. ‘Did I do the right thing? Did I do the wrong thing? Could I have done it in a matter of 2-3 seconds less? Could I have taken this plane in coasting?' is what went through his mind.”

The burden of the film's success lies on the shoulders of Hanks in the titular role. No stranger to inhabiting the lives of fictional and real-life heroes – most recently evidenced in Bridge of Spies (2015) and Captain Phillips (2013) – as 'Sully,' we see him as a man grappling with one of the most difficult times in his life.

“He had been through the entire process of having all the attention and then writing the book. He realized what happens when you become a public figure and then 280 seconds of your life, and then your entire life, is examined,” says Hanks.

The cast includes Aaron Eckhart, Laura Linney, and Anna Gunn. Echkart, who plays Sully's co-pilot, Jeff Skiles, says, “I did a lot of research. I talked to Jeff and a lot of the survivors and flight attendants. But the more I learned about flying, the less nervous I am now about flight in general.”

Air disaster movies have become a genre unto itself, but Eastwood's Sully falls outside the lines. Hanks says, “We're all familiar with the imagery of an air disaster, but not the actual forced-water landing. It was Sully himself who said to me a few times (Hanks imitates Sully) 'It was not a crash, Tom, it was a forced-water landing. Not the same thing.'”

Of course, Hanks not only had to sound like him, but take on the total look. “What is fun sometimes is if the guy you play has a mustache, then you have to grow one yourself. But overall, I have to say to look like him, I probably spent more time in the beauty parlor chair than I did in the cockpit.” For the sake of authenticity, Hanks went all the way. “The white hair, that was a bitch, man. There's only one-way to make hair white and that's chemical dyes and bleaches. It almost destroyed my hair. It just snapped off when the filming was done, so much so that I didn't even have to get a haircut.” 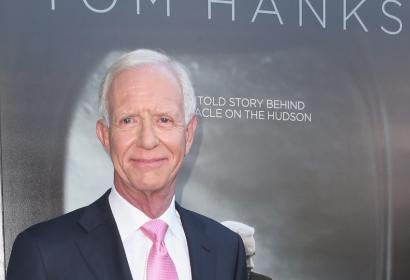 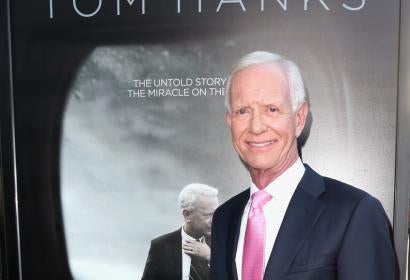