by Silvia Bizio January 30, 2019
Share on FacebookShare on TwitterShare on PinterestCopy URL 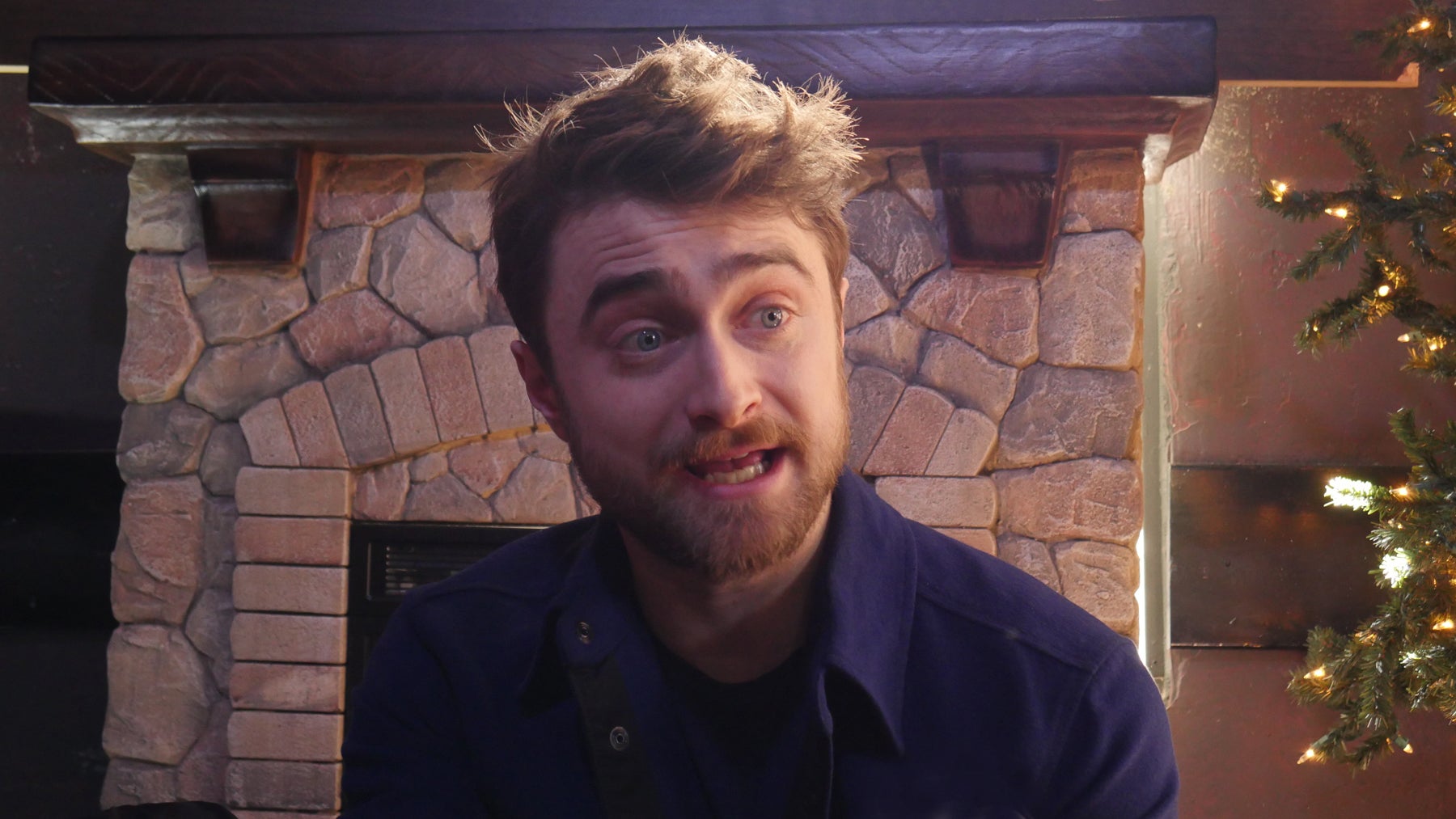 Daniel Radcliffe adds to his phenomenal acting career with a role in the offbeat comedy TV series Miracle Workers. His foray into episodic TV bowed at Sundance before its premiere on TBS next month and is the latest twist in the professional path of former – and forever – Harry Potter who incredibly will be turning 30 in July.

The series is based on Simon Rich's book What in God's Name and is set in the offices of Heaven Inc. where Steve Buscemi plays God and Radcliffe is Craig, a low-level angel responsible for handling all of humanity's prayers. His job is made harder by the fact that God has pretty much checked out and is ready to move on to his next project. In fact, the Boss is so disappointed in humans that he has decided to destroy Earth. To prevent this, Craig and fellow angel Eliza (Geraldine Viswanathan), must answer a seemingly unanswerable prayer: help two humans fall in love. Miracle Workers is created by Simon Rich and executive produced by Lorne Michaels and Andrew Singer and its presence at Sundance is further evidence of the growing presence of episodic fiction at the festival.

HFPA journalists met Radcliffe in Park City. He's not new to Sundance: he was here three years ago with the much talked about film Swiss Army Knife.

Miracle Workers sounds like a fascinating concept, given the current political and social flux, and all these religious controversies, isn't it?

Well, for a show set in heaven, it’s a comedy and it’s not that much about religion. The show is much more secular than Rich's book was. But yes, I think one reason that I love the show is that it has a very dark comedy in it – people die because we are in heaven – so those are the things we are dealing with. But there’s also a real warmth and kindness in this comedy, it’s not mean-spirited and I think it has a huge amount of love and optimism for human beings, as crazy as the world is right now.

And redemption, trying to do good things too?

I think one of the overarching things about the series is God rediscovering his love of Earth and what he created. At the beginning of the season, he is kind of disillusioned by it and by how badly it’s all going, and his journey is to learn what actually you have created, although it is mad and messy, is also beautiful and sort of genius.

What do you think about the fact that you come to Sundance not with a film but with a TV series?

It’s nice to just come here and I can just enjoy this, and it is lovely doing press for something that you like. And I am so happy to see all the cast again and show what you did, whether it’s film or TV.

In terms of God being center stage right now, do you think God really loves people?

I don’t believe in God (laughter), so I have a hard time wondering if he is feeling that way. But I almost feel that we are at a dark place in history at the moment, and I think this show has a very realistic but also optimistic message about us as a species. That sounds very grand and it is just a seven-part comedy, but it does have a lovely message by the end.

Why did you want to do it?

I was just so blown away by the script. And I think the world that Simon (Rich) has built in Heaven, in its very bureaucratic, funny convoluted kind of version of Heaven, is a world that I'd want to spend time in and see how it all works. I read the book and I had a meeting with Simon, and I told him if you ever make anything out of this, TV, film, radio, theater, I don’t care, I just want to be a part of it in any way possible.

Another theme in the show: do we really have free will about love? Is it a coincidence, are people supposed to be together? What do you think?

I don’t think there’s one person for everybody. I think this show says that not everything happens for a reason. Personally, I think love is something that you have to work hard for; at the same time loving another human being is the most joyous thing that you can devote yourself too. And the incredible thing about the show is that these two people that you so want to get together, they are so blissfully unaware that the entirety of Heaven is working hard to get them together! 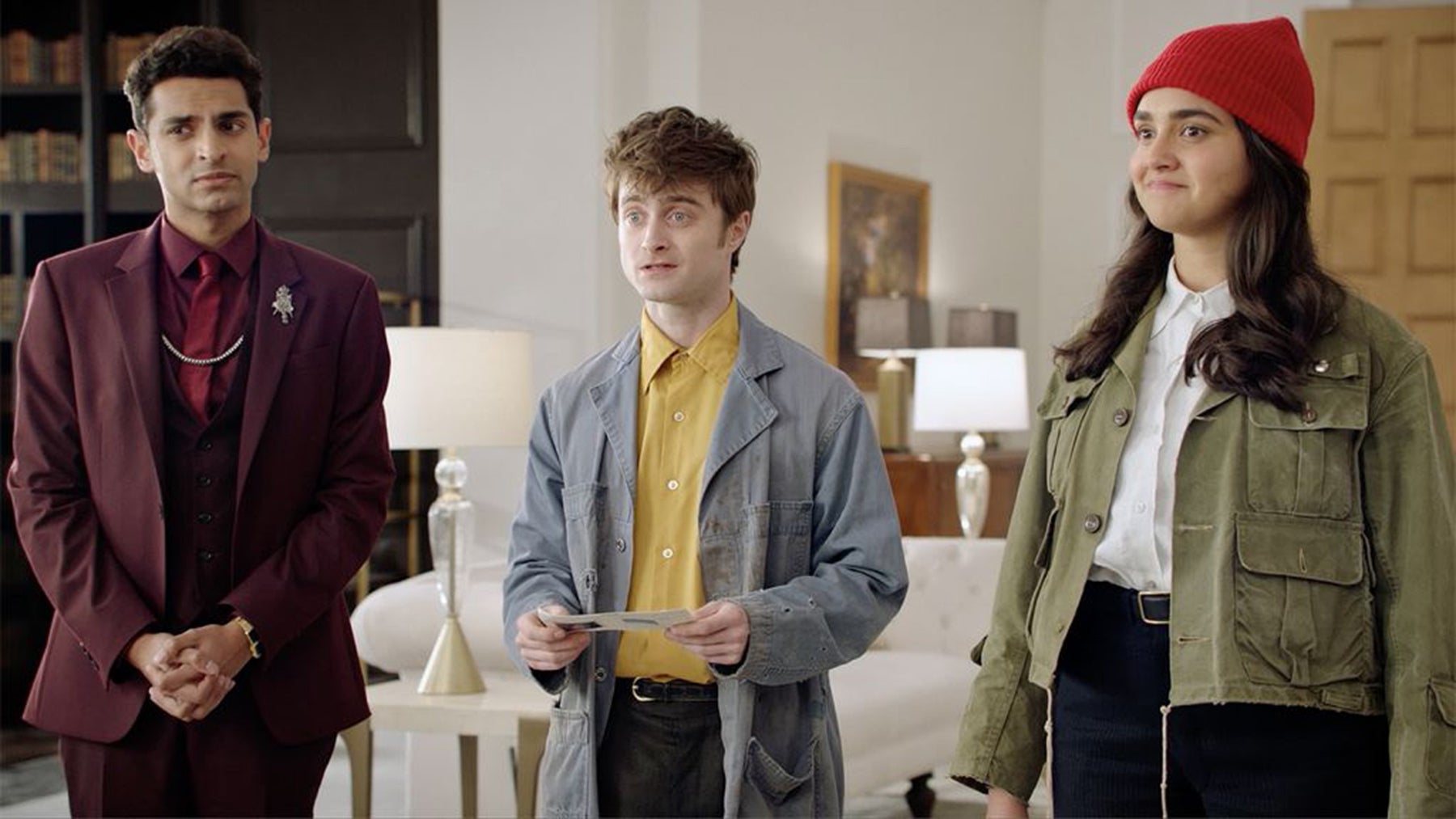 Steve Buscemi is playing God. If you had the chance to sit down and have a conversation with God, in whose form would you want it to be?

I would go with Michael Gambon, who obviously played Dumbledore in Potter: Michael is one of those guys who looks like one might imagine God but also is just really silly and fun. So, if I get to heaven and Michael Gambon is there as God, I will be pretty happy.

Will there be a second season?

I hope so. We don’t know. It has to come out and we see if people like it but hopefully, yes. The second season will be an anthology series, so the idea would be to take as much of the same cast as we could, and just change the setting, change the roles, change the story, just reset it in a totally different world, I don’t think in heaven.

What’s next for you? Are you really going to be escaping from prison in South Africa?

[laughs] I will be in a couple of weeks: I will be starting Escape from Pretoria. We are filming in Australia actually – unfortunately we couldn’t film in South Africa – in Adelaide, which is doubling for Pretoria, and I am practicing my South African accent a lot. I very much look forward to it.