by Margaret Gardiner January 30, 2018
Share on FacebookShare on TwitterShare on PinterestCopy URL 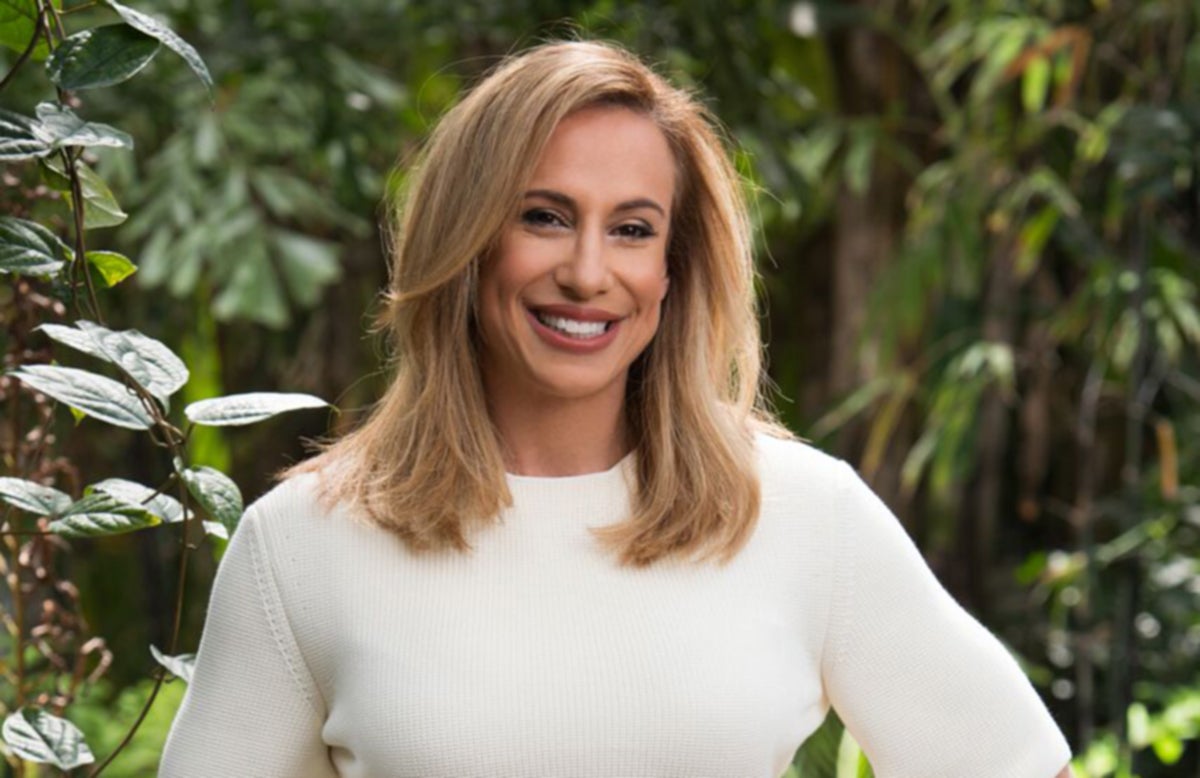 Dany Garcia’s philosophy is to change the way the game is played. As the CEO & founder of the Garcia Companies and co-founder of Seven Bucks Productions – producers of the box office hit Jumanji: Welcome to the Jungle and the HBO series Ballers, to name just few - the middle child of Cuban immigrants demonstrates how and why she is successfully creating the world she wants. Growing up with a dad who worked in an auto body shop and a mom who got her associate's degree after raising three children, Garcia was aware of the power of finance from an early age. Her first job was running a barn to cover the cost of housing a horse that her grandpa had managed to buy for her. The satisfaction was not only in taking care of all the horses but in knowing that she was doing it on her own and that her parents didn’t have to worry about her, although they managed to send all three children to the University of Miami. “For me, even at the young age of 11, I had the thought, ‘If I become a millionaire. I will be able to take care of my family, so that’s what I needed to do.’”

Few people are able to carry that dream to reality, but Dany’s confidence allowed her to ask for, and address her needs. When she joined Merrill Lynch as an Associate Financial Consultant, it didn’t take her long to realize she was being paid less than her male colleagues who had graduated and been hired with her. She asked for more and got it. “It’s something I learned early. After the training program, no one can hold you back because success is set up to work regardless of gender. It was about the number of clients you managed, the assets you had, the relationships you could make. It was a mostly a male-dominated market; there were many more male financial consultants, but I always looked for a strategy where being a man or woman would have no impact toward my goal”, notes the mother of Simone Garcia, our 2018 Golden Globe Ambassador.

“The compensation is specifically tied to the number of accounts,” she explains, “the number of clients you work with, the amount of financial planning you do, the number of assets you have. That equation is tied to one thing, expertise – which we all had access to, and the number of hours you were willing to put in.” When she became a mother, she opened her own Private Wealth Management Company, by which time she was married to Dwayne ‘The Rock’ Johnson and was already looking out for his career. “I was groomed by incredibly strong women who put me through the ringer in the Executive Education Department at the Business School in Miami,” she states proudly. “They made me incredibly detailed and reinforced the need to go beyond in preparation for anything.” “When I met Vince McMahon, WWE Chairman and CEO, he taught me to consider the need of the audience.” It’s been an invaluable tool as a producer and in managing her roster of stars which also includes Superman, Henry Cavill.  “You have to put your ego aside and see which character, which story, the audience will want to watch.” She explains. This philosophy has made Johnson one of the highest paying actors in entertainment, but the concept of being true to yourself is not just a lesson for her clients, she believes it applies to women generally.

Often women are trying to fit the ideal of what others recognize as successful. “But if you concentrate instead on delivering excellence rather than fitting a box of what excellence is, the audience will see that. I told Dwayne: Don’t fit into the marketplace. Create your own niche. Double down on yourself. What makes you passionate? It’s not enough to be who you are. You also have to ask what’s not supporting me? Sometimes you have to get up and leave.” Dany is now divorced from Johnson and in a happy second marriage, but the former couple has remained friends and choose to continue to work closely together. “I’ve taken clients from agencies. One of the secrets of the Garcia Companies is the willingness to change the partner, to move to an environment that understands the client and puts the support system in place.

It’s about this willingness to walk away while working on the self. To ask, “What have I done? How do I review my decision-making process, my belief in who I am, so moving forward, I never re-create that situation again?” She explains a key concept. “Conflict is not so bad. It’s just another form of communication and as vital to me as it is to the other person. There is a lot of accountability. There's a lot of time invested in having an awareness, and self-growth that has given me the ability to come into these situations and guide people through to resolution where everyone’s happy.”

Garcia addresses the idea that women can struggle working together. “This idea is the result of existing bias. This is a result of being in an area of scarcity, where the only alternative is to attack the other person because now you get into survival mode because the position is one’s livelihood. It's you and your family.” She pauses then asks the pertinent question. “The question is, do women and men behave differently in this situation? People look for quick fixes. But the truth is there is only one position and only one person is going to get it.” So, let’s move beyond that truth. “Can we get to this position with dignity, without using backtalk, or creating strategies that we would not be proud of? Those ideals are capable. The idea of asking any individual, men or women, to be open and transparent, and saying I am going to do everything I can to achieve that goal. I will not hinder you. For the other person admitting that they are going to do everything they can to achieve that goal too. But we have to give each other the honor not to shoot each other, and also to be okay with the outcome. Let's not get in our own way and let’s respect each other.”

Not only is Garcia full of practical advice for approaching roadblocks that can often derail women in the industry, she eschews doing what others have always done. The very blueprint that has held women back because they don’t fit the mold recognized as successful, is something she embraces through her company. “We have an all-woman board.” She confesses – a rarity where women usually make up tokens in all-male domains. “We didn’t set out to create one. The strongest candidate of the men and women we interviewed happened to be female. At The Garcia Companies, we are building a business philosophy and structure you cannot read in a book – because all the philosophy and business strategy books are written by men,” she laughs. “When we look at the benefits of brands and clients we start by saying is this brand good for humanity? We do not start with profit. In an industry like entertainment, that is so male-dominated, the point of view is skewed and doesn’t have access to over 50% of the market. That means I’m able to counterbalance and create a better strategy and product with an executive team of women. That is incredibly valuable. It’s been surprisingly easy to operate as a woman.” She states matter of factly.  “I have never been able to copy anyone else’s career. I have lived in a unique, individual way. I’m very comfortable knowing that I look at something and will instantly be able to find ways to make it better. You double down on who you are and what the end product will look like, and you get Jumanji. Many people like what’s traditional, what’s come before, and use that to dictate the way forward. I am not tied to that philosophy because the way things have always been done has never supported my dreams.”