by Helen Hoehne February 24, 2017
Share on FacebookShare on TwitterShare on PinterestCopy URL 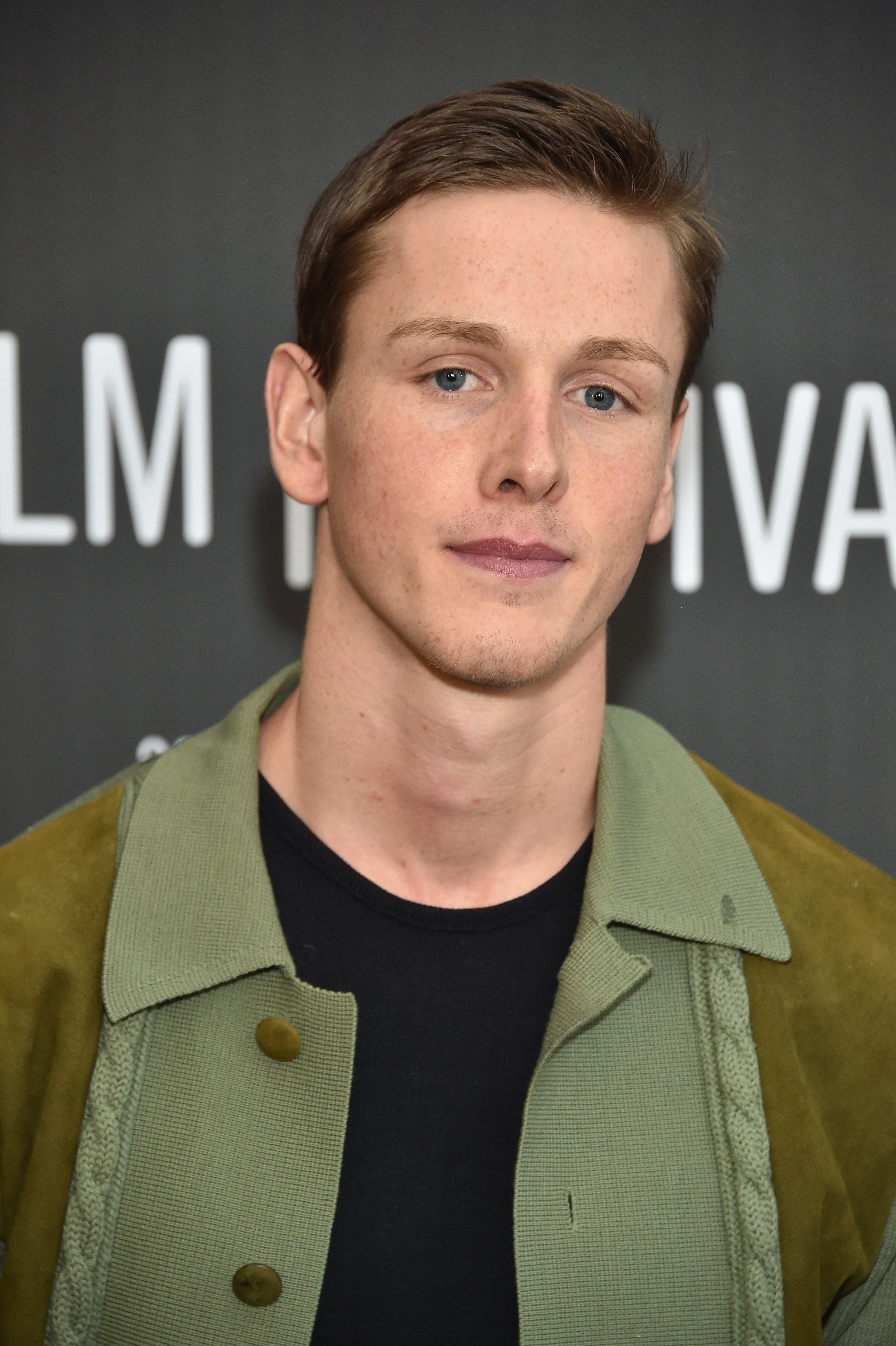 The Sundance Film Festival is known for discovering new talent that is destined for stardom. Harris Dickinson is a perfect example. The 20-year-old wowed audiences this year with his stunning performance in Beach Rats, the story of a Brooklyn teen who struggles with his sexuality in the wake of his bleak home life. Dickinson plays the role so convincingly, that it’s startling to discover he is from London. We met up with him at his manager’s home in L.A.

How did you get into acting?

I was doing youth theatre from the age of 12 and then I continued to act twice a week as an outside of school activity. Then I went to college and studied film, theatre and English literature. I was always interested in film. I would focus on my auditions more than anything else. I used to read too many scripts. My social life suffered at teenage years but that’s ok. I loved acting and would have sacrificed anything for it. When I was 16, I decided to do it professionally and I got an agent.

How did you feel being a Sundance sensation?

It was nice and humbling but also very strange. I know as an actor, I should like the attention but I don’t. It’s uncomfortable for me and I often don’t know what to come back with when someone gives me a compliment about my work. It’s a good feeling but I never know what to say.

How would you describe Beach Rats?

It’s not a huge narrative driven film. For me, it’s an observational insight into a period in someone’s life where they are struggling with something. Not every film has to have the through line and the different points. This stands alone as a small statement and observation of sexuality and identity. It’s a slice of reality.

You are from London. How did you get involved in this project?

My manager sent me the script but I never thought I would get it. They were trying to cast my character off the street. They looked at many non-actors, somewhere between 400 and 500. They were not looking anywhere but in L.A. and New York because it was such a small film and budget. They were not casting in the UK. So I put myself on tape and sent it over. After that I had to Skype with Eliza (Hitman) and the producers and got the part. It was kind of a miracle. For the rest of the cast, they used mostly non-actors, random people from the street. 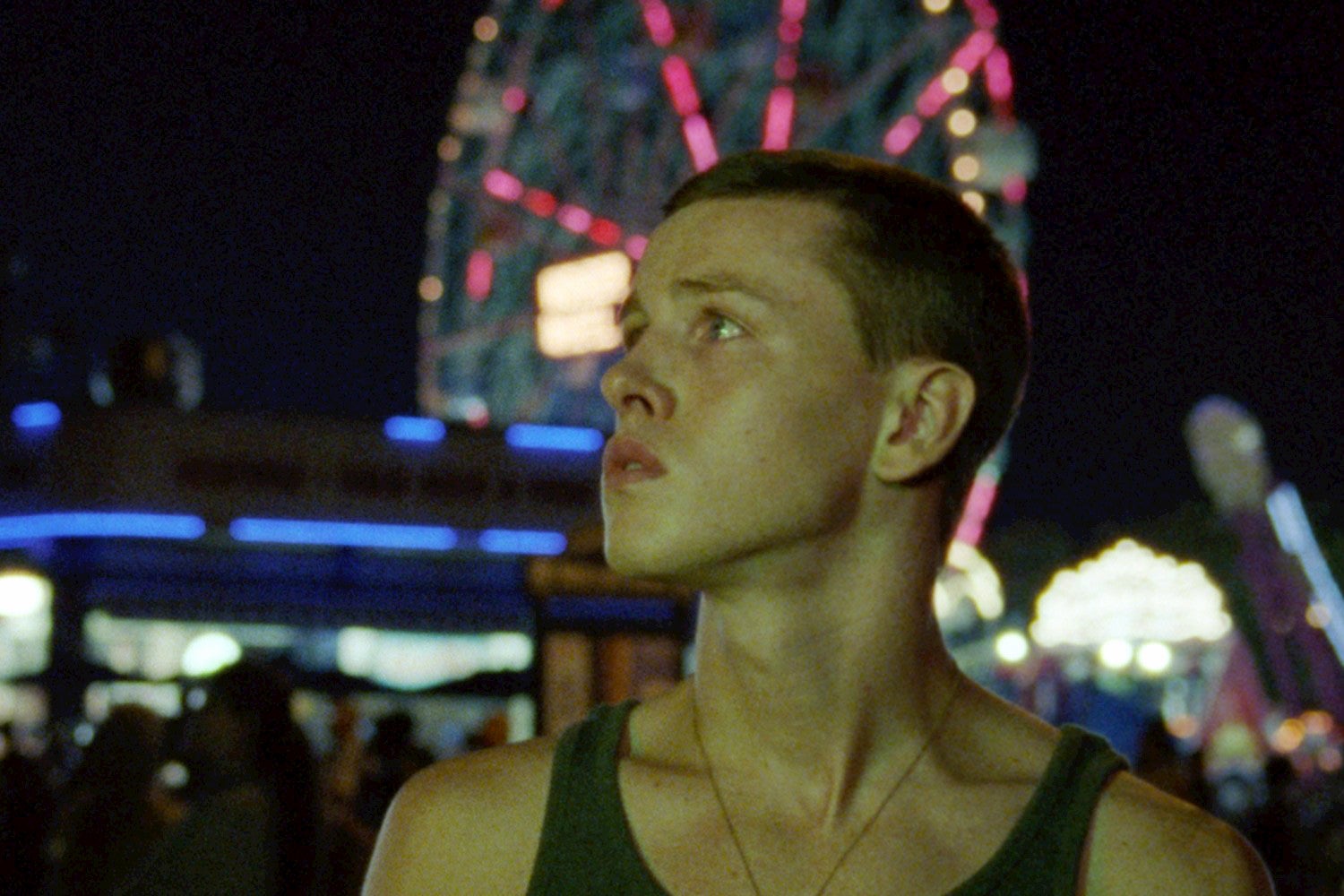 Harris Dickinson in a scene from Beach Rats. "For me, it’s an observational insight into a period in someone’s life where they are struggling with something."

It was very interesting because many of these guys just got on board. For me it was my job and my passion, so I told them I had to focus. I said if you think I am being an ass at times it’s because I am trying to get into it. A lot of it was hard stuff. But they loved it and we got very close. They didn’t have any inhibitions or any nerves. They forgot their lines sometimes but they were great. They gave it their all.

The film has graphic sex scenes and a lot of nudity. Did you have any reservations about that?

No, there was no hesitation. As an actor, I am interested in playing characters that have a battle and struggle. If the inner battle happens to be sexuality, so be it. I can only do that battle justice und try to portray it truthfully. It was something that was close to me because I’ve seen a lot of my friends struggle with their sexuality growing up. I wanted to dive into that. I also didn’t mind the nudity. I am very comfortable with my body. I didn’t feel exposed or vulnerable. Maybe you feel nervous at times showing yourself to the crew and people you just made friends with. But on small films it becomes like a family.

Where is home for you?

I was born and raised in London and I think I want to stay there. I like coming to L.A. but it was a lonely experience at first. I was coming here when I was 17 for pilot season. I didn’t know anyone and I didn’t have a car, so I didn’t get off to the best start with this city. But now I know people and it’s much easier to navigate.

Are your parents in this business?

No, my mom is a hairdresser, my dad is a social worker and my step dad is a civil engineer. The person who inspired me to become an actor was Graham Bryan. He is my girlfriend’s father and owned the drama school I went to. He was my mentor and really pushed me. When you are a kid, you often ask yourself how am I going to do that and Graham made me believe in myself. He continues to work with me on my scripts.

Whose career do you admire?

It’s hard to emulate someone’s career but I love the work of Gary Oldman, Tom Hardy, and Peter Sarsgaard. These actors disappear into their roles and that’s what I want to achieve.

I’ve got a movie, which I am doing in April in Atlanta. It’s a Fox franchise called The Darkest Minds, a young adult series based on the novels by Alexandra Bracken. Amandla Stenberg is playing the lead and I am playing opposite her. It’s a sci-fi thriller about a group of young adults navigating in a post apocalyptic world. I am really excited.