by Janet Nepales April 13, 2016
Share on FacebookShare on TwitterShare on PinterestCopy URL 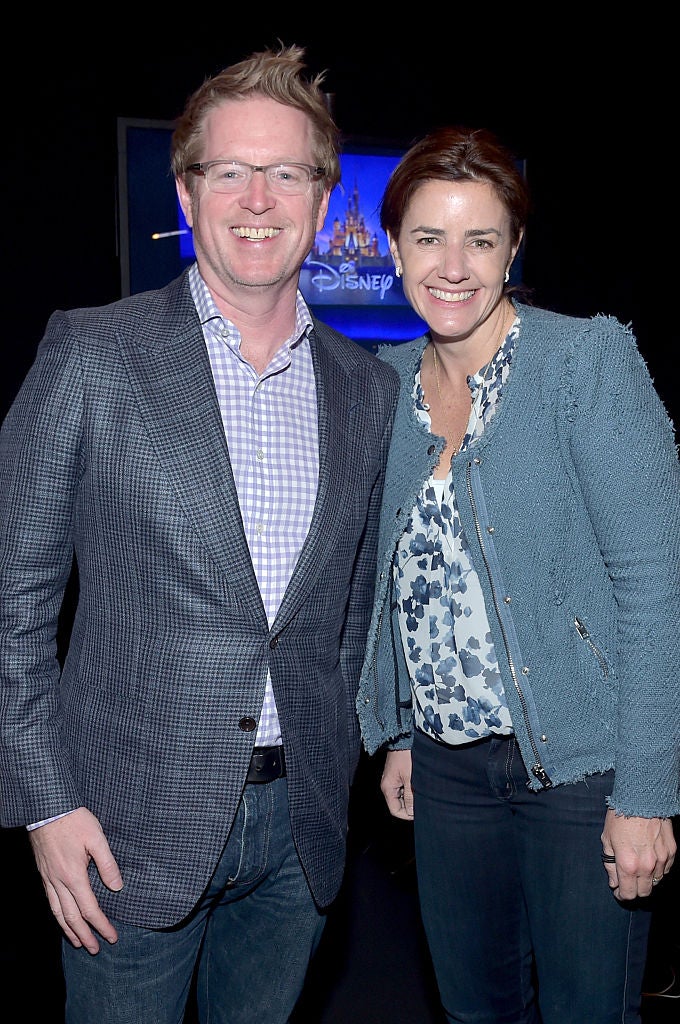 The Walt Disney Studios surprised their audiences here with a special advance peek of its upcoming Pixar/Disney movie, Finding Dory, screening the first 27 minutes of the film.  Director Andrew Stanton (Finding Nemo, Wall-E) and producer Lindsey Collins introduced the film, which features the return of the much-loved forgetful fish, Dory (voiced by Ellen DeGeneres), who is trying to reunite with her family, and the clownfish Marlin (Albert Brooks), the father of Nemo.

In Finding Dory, we get a little flashback of Dory’s “childhood” when she became accidentally separated from her parents – Jenny (Diane Keaton) and Charlie (Eugene Levy). We also see Dory arrive at the Monterey Marine Life Institute where she meets a new character, Hank, the ill-tempered octopus (Ed O’Neill).

Hosted by Dave Hollis, Executive Vice President for Theatrical Distribution at Walt Disney Studios, the presentation also showcased some of the other upcoming movies on the studio slate. Alice in Wonderland Through the Looking Glass reunites Mia Wasikowska (Alice Kingsleigh), Helena Bonham Carter (Red Queen), Anne Hathaway (White Queen) and Johnny Depp (Mad Hatter). The story sees Alice returning to the Underland World but this time through a Looking Glass to find the Mad Hatter. We are excited to see more of Sacha Baron Cohen as Time, a half-clockwork, half-human demigod.

The BFG, Steven Spielberg’s latest family-fantasy film, is a reunion with his Oscar Winner Bridge of Spies actor, Mark Rylance, who appears as The BFG, the Big Friendly Giant of the eponymous Roald Dahl story. In the trailer shown, we see a little girl being taken away from her bed by The BFG and brought to his home. Asked why he chose to take her, The BFG replied, “Because you have a lonely heart.”

Doctor Strange features Benedict Cumberbatch as Stephen Strange/Doctor Strange, a neurosurgeon who after a horrific car accident discovers the hidden world of magic and alternate dimensions. It is interesting to watch the talented Cumberbatch transform into this Marvel superhero.

Queen of Katwe, is a biographical drama film directed by Mira Nair and featuring Lupita Nyong’o and David Oyelowo. According to Hollis, this is about an Ugandan slum girl who became a World Master Chess player. It is the true story of Phiona Mutesi.

As the first Star Wars “anthology movie”, Rogue One: A Star Wars Story or simply “Rogue One” may be one of the studio’s most eagerly awaited releases. The second Star Wars film since Disney bought Lucasfilm in 2012, it will tell the story of Resistance fighters played by Felicity Jones and Diego Luna, who embark on a daring mission to steal the Empire’s plans for the Death Star. Produced by Lucasfilm, the trailer showed a lot of action scenes from Felicity Jones as Jyn Erso and Diego Luna as the rebel soldier.

Hollis mentioned that he is excited about the opening weekend of Jon Favreau’s The Jungle Book this weekend, which he said is one movie you really need to watch on the big screen. He added, “It has a 100% Rotten Tomatoes score and ranked No. 1 in its overseas territories last weekend.” Hollis also touted the studio’s banner year, with Star Wars: The Force Awakens making $2B and Zootopia doing well in 2016 with almost $900M.

The presentation ended with the screening of Captain America: Civil War the studios next Marvel-based outing that will attempt to follow in those footsteps.

Check out the trailers for Rogue One, Finding Dory, The BFG and Dr Strange: