by Ersi Danou June 16, 2020
Share on FacebookShare on TwitterShare on PinterestCopy URL 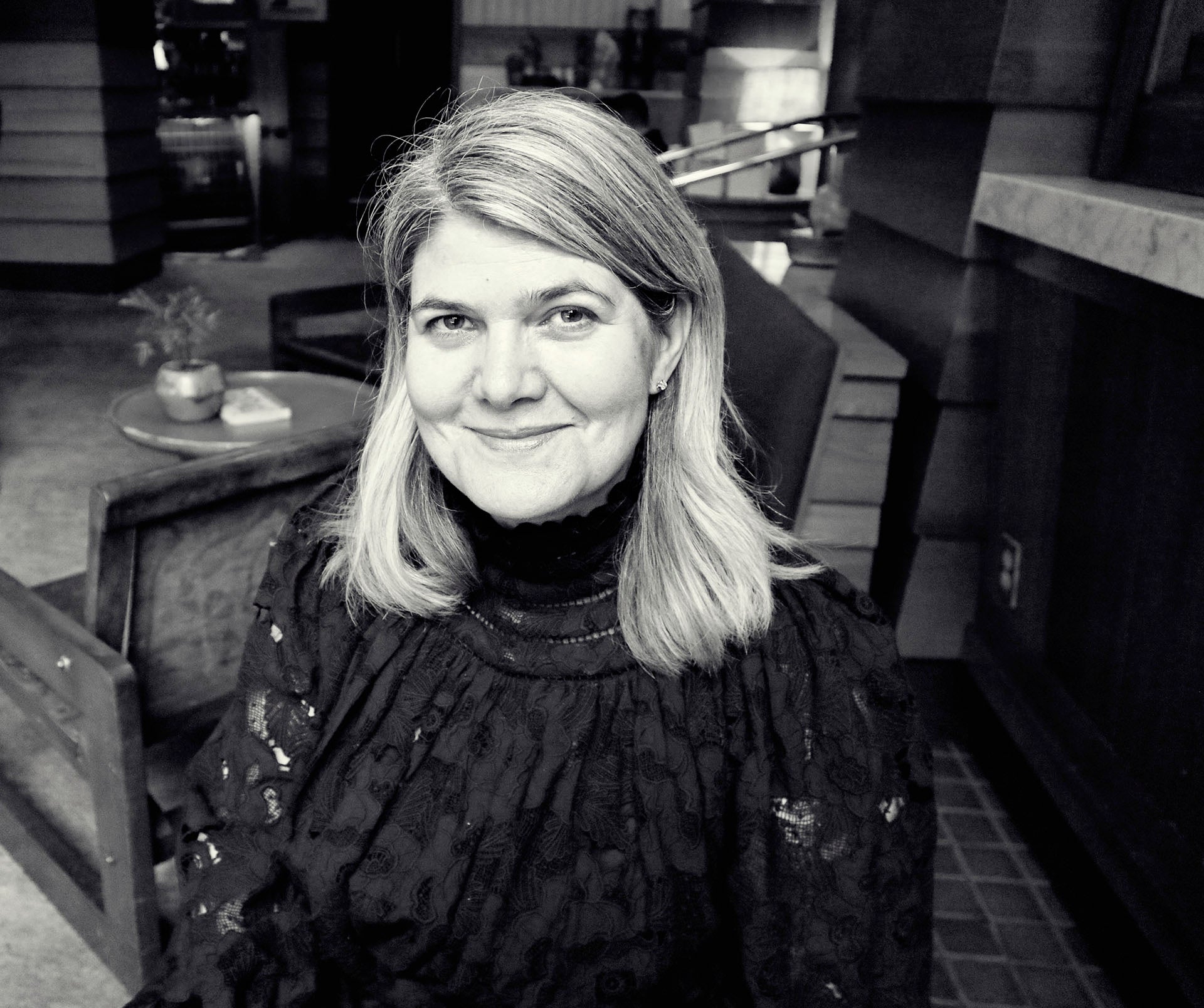 From the very first moment you meet Dr. Kristiina Hackel – Cal State LA’s Chair of the Department of Television, Film and Media Studies – you know that she cared. Her quiet, fully attentive presence signals an almost maternal dedication to her students. California State University Los Angeles is number one in “upward mobility” in the nation, a title to be proud of and a testament to the school’s priorities, but one that also implies the low socioeconomic status of the majority of attendees. “What the pandemic has revealed to us,” she said, “is the extent to which the digital divide is still very much alive in our student population … The faculty have been doing triage for two months daily … We knew that not everybody had access [to computers] but because we have our computer labs on campus, it was OK”. “But now it’s not OK,” she added in a lower tone of voice. “That’s been the big takeaway – that we need to get computers into the hands of our students.” In her kind manner, Dr. Hackel did not skip acknowledging the Hollywood Foreign Press Association for a grant offered specifically to fulfill the digital needs of students that have starkly increased since the stay-home order.

Dr. Hackel is very much attuned to this student population and is well aware that, for the class of 2020, computer or no-computer, the mere fact of graduation is a grand milestone that must not go unnoticed. “Don’t worry, we’ll celebrate you,” she had to reassure her graduates, many of whom can only attend part-time and often take longer than the traditional four years to complete their studies. “It takes our students longer [to graduate] because of their fulltime jobs and family obligations,” she explained.

She knows what it means to struggle in order to get ahead with a professional career. “Coming from a family without a lot of resources – like our students at Cal State LA – I had to come up with a creative way to pay for my education,” she said. Having fallen in love with filmmaking but being unable to pay for film school, she decided to apply for a Comparative Literature Ph.D. program at all the best film programs in the country, then use her financial aid to pay for film school later. It was a good plan. She was accepted to USC where she earned her Ph.D. with a dissertation on French silent cinema, as well as a film degree. After a great experience of learning at the University of Southern California, she had the opportunity to exercise her skills as a filmmaker and dabbled in web-series and documentary-making. But in 2004, an open position at Cal State LA teaching screenplay and film studies changed that trajectory. She started working there, not knowing much about the school but soon finding out that “if there were students with good stories to tell, Cal State LA was where I was going to find them”.

While in the beginning, she continued to do some independent film work, over the years, her administrative and teaching responsibilities took over. But hers is no mundane work: “Filmmaking, working with teams in executing some sort of vision with many complications some of which are artistic and some financial, is actually very similar to being the director of a program. So what I find fulfilling is anything that you do that tangibly helps; anything that improves communication, curriculum, access”. “The nice thing [about being the head of a department],” she added, “is that you can help all the students”.

“For good or for ill, I started this position [as Chair of the Department], when things were somewhat … in disarray,” Dr. Hackel laughed. But the fact that she likes challenges, setting goals, and working towards their achievement, is what makes her a good leader. “The job can get really overwhelming and it’s easy to let things go,” she explained. But we already know that “letting things go” is not her style. She now feels that the network connecting the faculty in communicating concerns and taking action has been improved. Communication with the 600 and more students is a different story, however, and she has set that goal for next year. Because these students take longer to graduate and curriculum requirements change, things can get confusing. For Dr. Hackel, “what’s really satisfying is saying – OK, these are the classes you have left, we can do these substitutions, congratulations, you’re graduating in spring! – and just fix it”. Cal State LA students do not take longer to graduate out of choice. “Every semester is money and time for them. If you can save them one semester, that’s like a lifetime.”

“We want opportunities for our students; we want them to have a great education not just to get a degree but because we want the education to transform their lives,” Dr. Hackel asserted. “My goal is that our students get the education but also professional experiences while they’re at school, that they learn the skills they need to be able to advocate for themselves, and to go off into great careers,” she expanded. “They are drawn to this field, and it is our responsibility to do something in the time that we have them, to give them what they need to succeed. It is an obligation.”

Supplying the students with the ingredients for professional success is not easy in a field that is in a state of constant transformation. Dr. Hackel and her faculty must always “look to the future” and wonder: “What are the skills? What are we missing? What could they need in twenty years from now? What’s the foundation?” “Building future professionals” can be overly challenging not only by itself but especially in the context of Cal State LA, where students struggle with some things as basic as owning a computer. Yet, this leader will not be deterred: “I was fortunate enough to go to a film school with extraordinary resources and opportunities, and I want our students to have the same experience. I want to create a film program that offers creative opportunities, advanced projects, guest speakers, and internships for all our students. In order to do that, we need to make sure they have the best facilities, equipment, and instructors we can provide”.

The fact that the majority of this university’s students come from underprivileged backgrounds shapes “the profound commitment for social justice” that is shared by most if not all Cal State LA faculty and administrators, as well as “the desire to increase representation where there has not been representation and to increase opportunities where there have been no opportunities”. “We are a Hispanic-serving institution,” Dr. Hackel affirmed; “we are advocates for all our underrepresented students”. “It’s part of our mission as an institution,” she stressed.

As for the students, they too want to develop their own voices. But the prospect of getting a job in the industry – in Hollywood – is what really motivates them. “When they understand that it’s possible,” Dr. Hackel explained, “there is something that wakes up in them”. “The feeling that they could be part [of the industry] is new to them,” she went on. When they hear the stories of guest-speakers, “you see students starting to see it – oh, that could be me!”.

“We identify with our students for different reasons,” she says, lowering her voice once again with heartfelt emotion. “My mother emigrated to this country from Finland when she was a teenager. She grew up in Finland in WW II, and the conditions were very harsh, food was scarce, and things were quite depressing. At that time, my mom’s grandmother had said to her ‘it’s too late for you but it’s not too late for your children”. Dr. Hackel pauses, with a knot in her throat. “It wasn’t too late for my mother, she worked her way into college as well, but it makes me think about the sacrifices that the parents of our students have made and the sacrifices that our students are making … and you just want it to be worthwhile … you want it to mean something.” 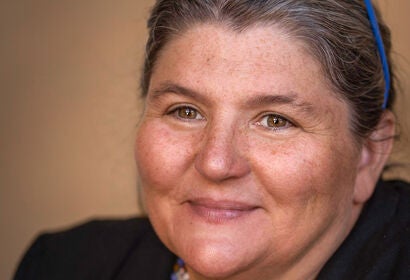 Interviews
Stana Katic: “’Absentia’ is SO not a procedural!”
June 16, 2020
Interviews
Bette Midler on the Pandemic, Feminism, Racism and Politics
June 17, 2020