by Sam Asi December 16, 2016
Share on FacebookShare on TwitterShare on PinterestCopy URL 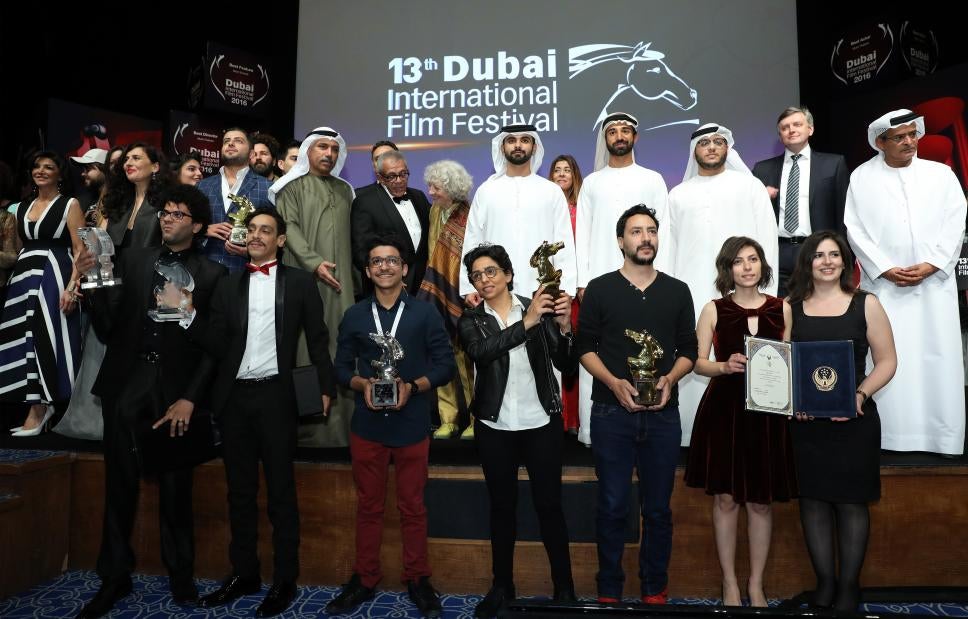 Every year, Dubai International Film Festival (DIFF) presents a program of classic movies in addition to a slew of new ones, and this year it treated festivalgoers to a beach screening of A Fistful of Dollars, in a new copy restored thanks to a grant by the Hollywood Foreign Press Association (HFPA.)

The screening was attended by over 450 cinema lovers, who cheered enthusiastically upon hearing about the HFPA’s contribution to restoring 84 classics. Over the years, the HFPA has donated $5 million to The Film Foundation, which was established in 1990 by director Martin Scorsese in order to save films from fading into extinction.

In addition to screenings, DIFF offers workshops, a vibrant film market, generous grants and networking events. This year, actress Andie MacDowell held an acting workshop and Samuel L Jackson did a Q/A about his career and the film business. Meanwhile, production grants worth $100,000 and 100,000 UAE Dirhams were won by two female directors from Jordan and from the UAE respectively. In fact, since its establishment, DIFF has been a platform for and engine of Arab cinema, supporting hundreds of projects from inception to distribution. One of its fund recipient is this year’s Golden Globes nominee, Houda Binyamina’s (Divines).

“Before DIFF, Arab filmmakers had nowhere to show their films,” says Mohammed Rouda, a prominent Lebanese film critic, who helped curate  the festival program in its early days. “Other Arab film festivals had been showing only commercial movies. So DIFF has saved the Arab cinema.” 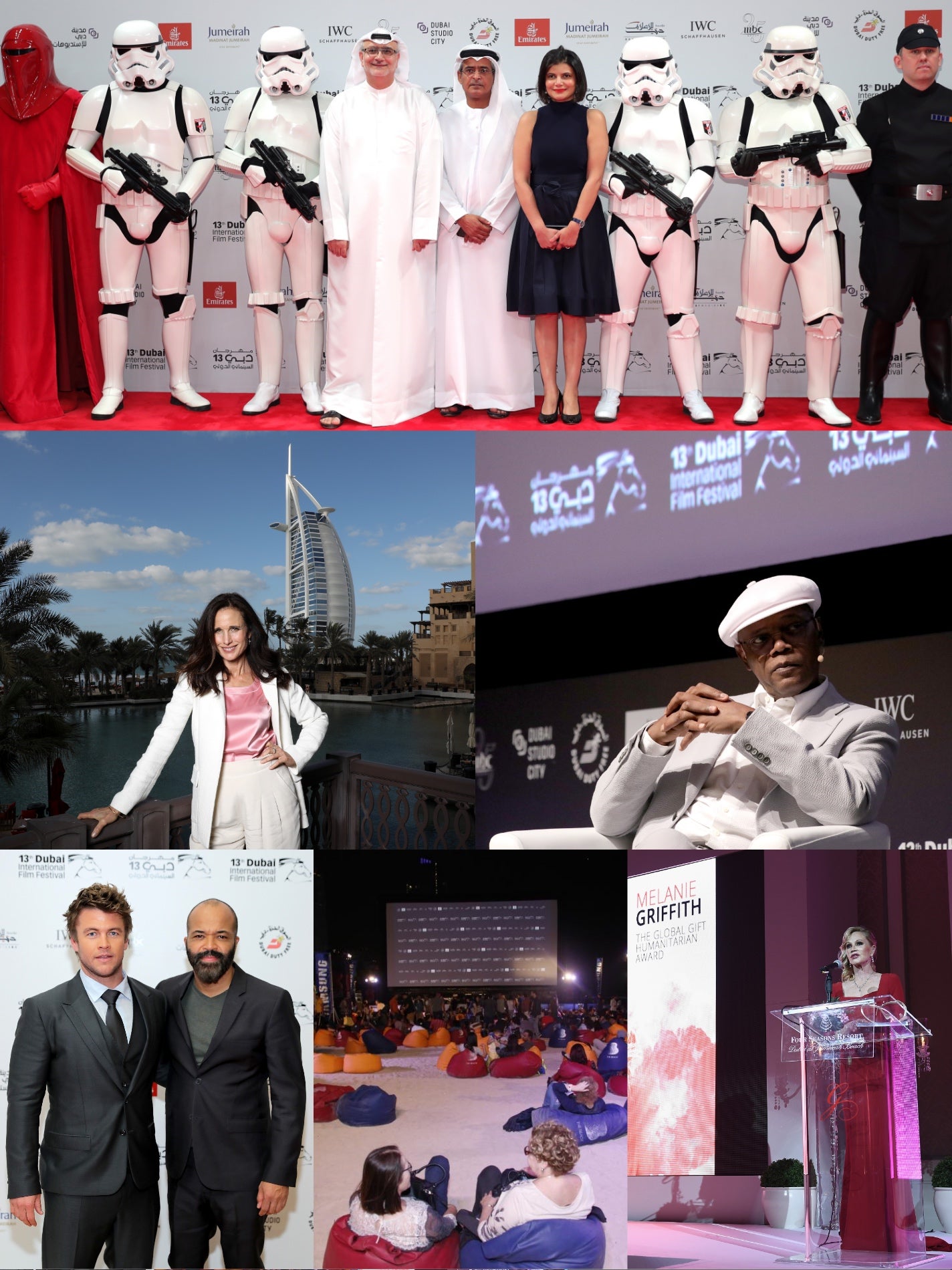 Arab filmmakers concur with Rouda’s assertion, adding that DIFF flew in prominent distributors and producers from around the world to meet with them, offer them advice and collaboration deals. Oscar-nominated Palestinian filmmaker, Basil Khalil, for instance, participated in one of the festival’s workshops in 2012, alongside other filmmakers, such as Saudi Haifa Mansour. “The festival gave me confidence and enabled me to connect with industry professional that, otherwise, I wouldn't be able to do.”

Yet, in spite of the intensive support that DIFF and its partners, have provided over the years for filmmakers, Arab cinema is still struggling to stand on its feet. Arab films rarely win international awards or yield a profit at the box office. “There is no profitable Arab film,” says Michael Garin, the CEO of Image Nation fund, which has funded Hollywood and other international productions since 2009, and provides workshops and offers grants to filmmakers from the region through its Arab Film Studio.

Garin attributes the commercial failure of Arab movies to the fragmentation of its market, dearth or lack of theaters in most countries in the region and absence of TV licensing. “There is no such thing as Arab cinema,” he says. “You have Egyptian cinema, Moroccan Cinema, Gulf cinema. Egyptians want to watch Egyptian movies, Tunisian want to watch Tunisian movies and in the Gulf they watch Hollywood movies. Saudi Arabia, the largest market in the Gulf doesn’t even have theatres. And TV networks here don’t license films due to poor advertising market.”

Indeed, cinema differs from one Arab country to another, and is impacted by local, not regional, political and social events. Tunisian directors, for instance, have experienced a total creative freedom after the Arab spring, enabling them to explore political and social issues that are still a taboo in other Arab countries, where directors are subjected to strict regulations and censorship. Projects have to be approved before entering a production, and once completed, they have to pass the censor’s test in order to be released. “I didn’t get approval from Lebanese authorities to shoot the checkpoint at the refugee camp, but I did (anyway), so my film was banned,” says Danish-Palestinian filmmaker, Mahdi Fleifel who comes to the festival with his latest documentary, A Man Return, which revolves around a drug addict living in Ein El Hilwa refugee camp in Lebanon.

Such restrictions exists in neighboring Iran, yet cinema is thriving there and has given birth to international stars, such as Abbas Kiarostami, Mohsen Makhmalbaf and Golden Globe-winning Asghar Farhadi. And unlike their Arab neighbors, Iranian directors don’t benefit from a generous support system such as DIFF, which begs the question: why are they faring better?

“Arab cinema is imported; Iranian cinema is authentic,” says Iranian director, Behnam Behzadi, whose film Inversion is screening at the festival. “We created our own cinema that was inspired from our culture and society.”

Indeed, Iranian directors are born, raised and educated in Iran, while the vast majority of Arab directors are either born in the West or educated there. Arab filmmakers have become so detached from their culture that they often insist on speaking in English or French, explaining that they can’t either speak or articulate their thoughts in Arabic. Yet, when I recently interviewed Asghar Farhadi, he insisted on speaking in Persian, because it was the language he communicated his thoughts with.

“Writing is our biggest problem here,” concedes Garin. “It’s a skill that is least competent in this area.” So if that is truly the problem, then Arab films will not be able to compete in the international market, because one can’t make a decent movie without a good script.

“They don’t take the time to develop their scripts,” laments Alaa Karkouti, the only distributor of independent Arab films. And when I ask him whether the access to easy money could be the cause behind the decline in the quality of writing, he nods in agreement. “If they were under more pressure, like the Iranians, then they would work harder to perfect their screenplays before coming here to ask for funding,” he adds.

Garin says that it will take 5 to 6 years to start seeing profitability. On the other hand, Rouda, who has seen all the festival’s movies, offers an optimistic note. “There is a perceptible improvement in the films’ quality this year,” he remarks.

Either way, it seems that DIFF still has a long away ahead to produce an Arab cinema star. In the meantime, it contents itself with the fact that one of its supported movies will be competing for a Golden Globes award in the Foreign Language category next month. 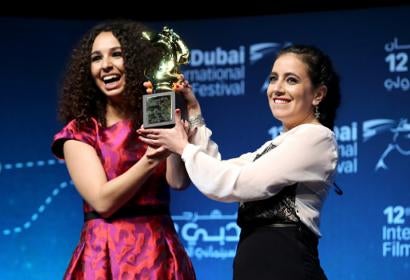 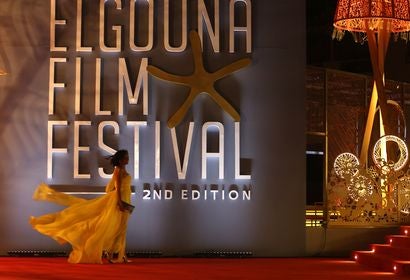