by Elisa Leonelli March 22, 2014
Share on FacebookShare on TwitterShare on PinterestCopy URL 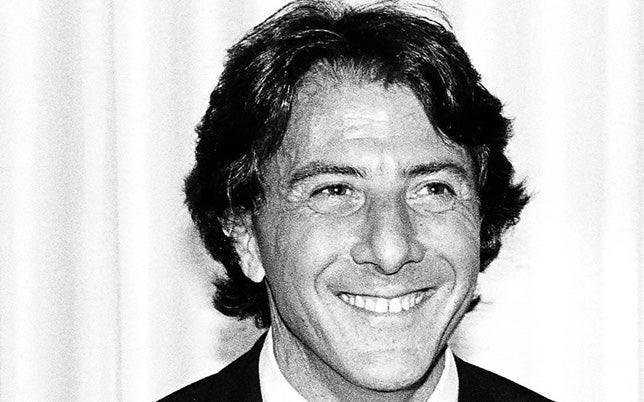 Dustin Hoffman, one of the most engaging actors of American cinema with dozens of exciting performances to his credit, didn’t believe he had a chance to make it in movies. “Not against all those handsome leading men like Warren Beatty”, as he put it. He calls it a “freak accident” that Mike Nichols, a respected theater director; cast him at age 29 as the 21-year-old star of The Graduate (1967), while the studio wanted Robert Redford.

When the journalists of the Hollywood Foreign Press interviewed him in New Orleans for Runaway Jury in 2003, Hoffman told in amusing detail the story of his friendship with Gene Hackman, who was kicked out of the Pasadena Playhouse where they were both studying in 1956, because “they said he didn’t have any talent.” When Hoffman moved to New York a few years later, he slept on the floor of the tiny apartment where Hackman lived with his wife, and he wouldn’t move out until he met Robert Duvall who became his roommate.

Hoffman became a symbol of the edgy films of the late-1960s and 70s starring in Midnight Cowboy (1969) by John Schlesinger with Jon Voight, Little Big Man (1970) by Arthur Penn, Straw Dogs (1971) by Sam Peckinpah, Lenny (1974) by Bob Fosse, All The President’s Men (1976) by Alan Pakula with Robert Redford, Marathon Man (1976) by John Schlesinger with Laurence Olivier. He said to HFPA in 2002: “I came from what is now called the golden age of the 60s and 70s, except in those days my generation was accused of destroying the studio system, the prism of artificiality that Hollywood had become famous for in the 40s and 50s, because we were doing these disgusting hard-edge films, like Midnight Cowboy or Easy Rider (by Dennis Hopper and Peter Fonda).” Hoffman is very protective of his screen performances and often clashed with directors by demanding more takes, except with Robert Benton who let him have his way on Kramer vs Kramer (1979) where he played a divorced father opposite Meryl Streep. He said to HFPA in 2008: “When you’re a movie actor you learn very early that it’s a very strange art form, because you’re not the artist, the painter or the composer, you’re giving off little colors in different takes, then the people in the cutting room, the director, the editor, the producer, decide what your best takes are, shape your performance. And that’s so unfair.”

Hoffman also loved working with Barry Levinson, who directed him in four films: Rain Man (1988) with Tom Cruise, Sleepers (1996) with Robert De Niro, Sphere (1998) from the science-fiction novel by Michael Chrichton, and the political satire Wag the Dog (1997). He said to HFPA in 1997: “I always envied actors who had that kind of relationship with a director, like Robert De Niro and Martin Scorsese or Marlon Brando and Elia Kazan. I never thought I would find that, but I did with Barry. We get each other without talking, I have so much in common with Barry that it’s like a marriage in a way, it’s the same kind of relationship that I have with my wife...” Hoffman has a lively personally, he enjoys telling dirty jokes and flirting with women. But he discovered while making Tootsie (1982) by Sydney Pollack that he was invisible to men while impersonating a not very attractive woman, “because they’d look at me up and down in a dismissive and blatant way, those pigs, and decided they didn’t want to go to bed with me. And it was a shock to me, because I had the same stereotyped taste of every other American male, that women should look like they do on the cover of magazines.”

Hoffman, who had played Captain Hook in Hook (1991) by Steven Spielberg with Robin Williams as Peter Pan, played a small role in Finding Neverland (2004) by Marc Forster with Johnny Depp as J.M. Barry, the creator of Peter Pan. Having worked with Emma Thompson in Stranger Than Fiction (2006) also by Forster, he then starred with her in the romantic comedy Last Chance Harvey (2008). When he played Barbra Streisand’s husband in the comedy Meet the Fockers (2004), he asked her “Why didn't we ever get married?” She looked at him without missing a beat and replied “because we would have killed each other.”

He said to HFPA in 2008: “A law should be passed that actors should not be allowed to marry. You need one alpha and one beta, not two alphas.” Hoffman was married to his first wife, dancer Anne Byrne, from 1969 to 1980, and they raised two daughters, then he had four children with his current wife Lisa, and now is the grandfather of several grandchildren. At the age of 75 the actor finally realized his dream of directing a movie, Quartet (2012) starring four formidable British actors: Maggie Smith, Michael Gambon, Billy Connolly, Tom Courtney. 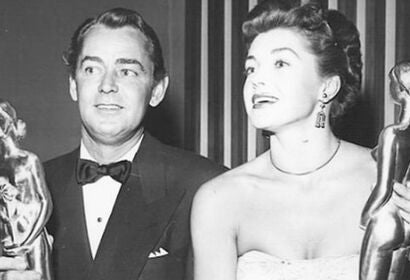 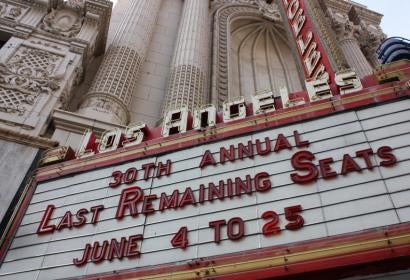