by Tina Jøhnk Christensen October 29, 2020
Share on FacebookShare on TwitterShare on PinterestCopy URL 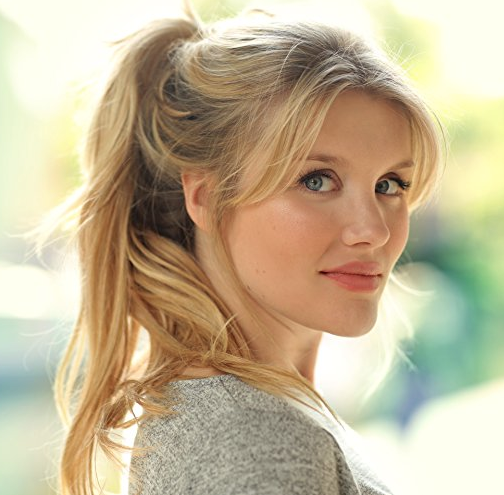 Promising Young Woman is British filmmaker Emerald Fennell’s feature directorial debut and is a unique mixture of comedy, revenge, and horror with a twist of rom-com too. It has Carey Mulligan in the leading role as Cassie, a medical school dropout – and a promising young woman – whose life has taken a drastic turn as something dramatic happens to her best friend. She is a woman on a mission to revenge this dramatic event and nothing will hold her back. The film, which premiered at Sundance in January, is a film about female friendship and love and fits perfectly with the #Metoo movement as well. We spoke to Emerald Fennell, who also penned the script, via phone from London 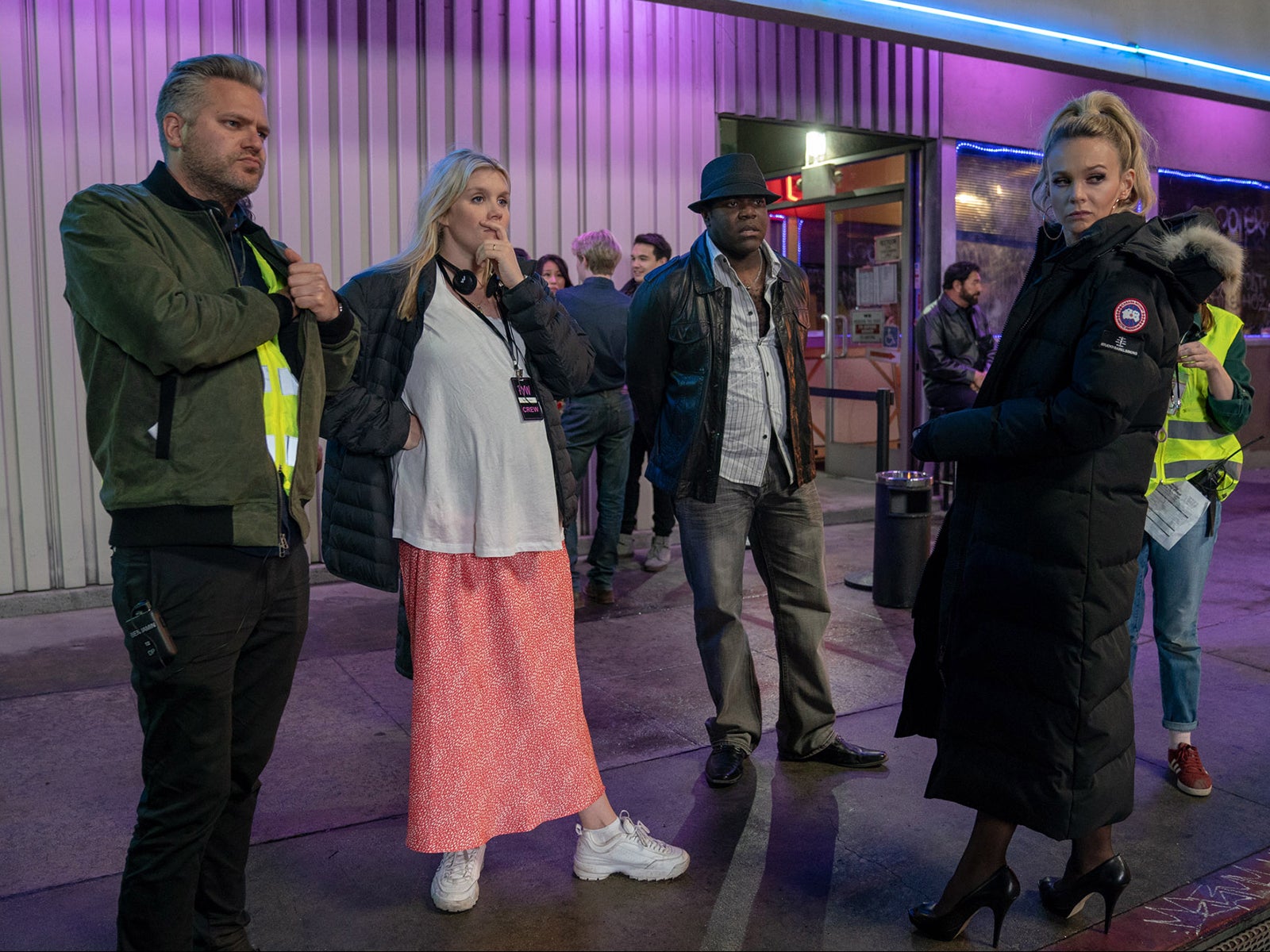 Emerald Fennell on the set of Promising Young Woman

Can you talk about your journey from deciding to become a filmmaker to being in the position you are in today having made your feature debut Promising Young Woman?

I started out as an actress, which meant that I was able to watch and learn the way that sets work because for a lot of people this is the hardest and the most impossible to penetrate. While I was acting, I wrote novels and a friend of mine had read one of my books. That led me to screenwriting and it all sort of happened that way. I suppose I have always been trying to get to this point, but it has taken me probably ten years of working in and around the industry in various ways to get to this position of directing. I knew I wanted to direct a feature film, so I directed a short called Careful How You Go, which was at Sundance in 2018 and then I was able to pitch myself as a director for a feature.

You are behind the writing of one of the seasons of Killing Eve, but Promising Young Woman is your own project. Talk about how it came about?

Scenes tend to arrive in my head pretty fully formed and one of the early scenes in the film, where Cassie – the lead – is drunk and is taken home by a kind of nice guy. That scene was the first scene that came to mind and I was like: ‘Oh wow, that is the sort of moment that this whole thing hinges on’. So, the film was built around that and also the question: If we are not doing anything wrong, why are we nervous about being seen or watched? That was an interesting thing for me. I pitched the idea to LuckyChap, which is Margot Robbie’s incredible company, which supports female filmmakers so much. They are incredible. I had spoken to them about something before and they seemed like a really good fit, and we went from there.

Do you think that women write differently from men?

No. I don’t think so. It is a difficult question because I have only ever been in my head and my body. But I do think that every person writes differently. I don’t necessarily think that it has anything to do with gender. I hope we are moving towards a world where people write what they feel rather than what they are expected to or asked to write.

Talk about the title of Promising Young Woman and why you picked this as your title.

Promising Young Woman is a #MeToo film – is this movement personally important to you?

I don’t think there is anyone I know really in the industry or outside of it to whom it is not really important. What has been interesting is everyone coming to terms with the lots of ways that they are confronted with themselves and their past and a kind of culture that everyone – in Europe as much as in America – suddenly is aware of. They are confronted with things they grew up with and never questioned it probably because it is much more dark and complicated than we knew and so the movement is absolutely ongoing and changing all the time and expanding. So yes, it is very important.

Has anybody close to you been in a situation like Cassie’s or Nina’s? And how did you come up with the revenge movie idea?

It is difficult to answer that question because it would be private to that person, but certainly when it comes to the revenge, I wanted to use the genre tricks of the revenge movie because I think we are always very familiar with the passage that they take. Thus, it was a very fun exercise for me to make a film that feels like a comedy and a rom-com and at the same time a revenge movie and a horror movie, but it is all or none of those things. When it came to the revenge, I wanted to make something as close to what I might do if I were going to go on a revenge journey, which is to say: what a real woman would do. It needed to take a form that was darker and more unnerving than what we are used to seeing and also more psychological. I wanted to think of what means I have as a woman at my disposal to enact revenge. I was never interested in making something that feels like pleasure for pleasure’s sake. It needed to come from a real place.

It is not just a #MeToo film but a film about female friendships and love. Can you talk about this element of the film?

I think the most important thing about the movie is that it is a film about love, and it is a film in which somebody is searching to forgive themselves and make amends for the person that they love the most in the world. I think people – particularly women – tend to be quite stoic when it comes to their own trauma – but when it is someone else’s there is anger and the need for vengeance and a feeling of being protective and it feels so much more real. There is a real motive. Also, every person knows what it is to have their best friend – the person they love and trust the most – hurt. Usually, in movies it is someone’s daughter or sister and we often make them a blood relative, but my friendships with women have defined so much of my life so it felt normal for me to write from that perspective.

You are dealing with the ‘nice guys’ who do not think they did anything wrong. They are not apparent assholes. Why did you choose them as the perpetrators?

When we have these conversations, they are complicated the moment they are about someone you know and that you love. There is a reason why most of the men in this movie are played by actors that we love – comedy actors that we are familiar with and they have been in shows and movies that we all like and feel an affinity with. Many have been actors for a long time and people have grown up with them. As a writer or a director, you are not answering any questions. You can only really just pose them. For me, I have just cracked open the question; ‘why is it such a hard conversation to have?’ and it is hard because it is so commonplace and it tends to touch on everyone we know and everyone we love to some degree and the audience has to be complicit in their natural alliances as much as possible.

You have a little cameo in the film as an online make-up consultant showing women how to get “blow-job lips”. Why did you want to do this job yourself?

It was a few things really but frankly, I just thought it would be tremendous on my CV as a character who could make blow-job lips. It just seemed like a fun little moment and there is something so wonderfully addictive and insidious about those videos and anything in this movie that sort of normalizes this kind of natural thing of us all grooming ourselves as well as being groomed is welcomed.

You have said that you are a good girl who writes about bad girls. Can you elaborate on this?

I don’t know that I am a good girl. I am probably really quite a horrible girl. I guess I mean that I am a boring girl. I read books. I watch television. I watch my friends’ kids. My life is pretty normal. I think that my imaginary life – the parallel life to my real life – is one that I probably spend as much time in is pretty strange and I don’t know why. It has always been like that for me. Ever since I was little, every story has had a body or someone trapped in some terrible situation.

You wrote a book called “Monsters” and children’s books too. “Monsters” is a horror book and even though Promising Young Woman is a comedy – it also has a little bit of a horror element in it. Speak about your fascination with horror.

“Monsters” is about a young girl of 13 falling in love with a boy and it is about what happens if the boy you fall in love with is not a kind person, and they end up stimulating the bad person in you. I guess in general all of our lives – particularly at the moment – can feel deeply horrifying. I have always felt that we live with the only certainty that we are all going to die, and we have to live with that every day. I don’t know how to make things that don’t acknowledge that specter in the corner, because it is so present in our lives.

You play Camilla Parker Bowles in The Crown. Can you talk about that experience?

When you get to work with women like Emma Corrin and Josh O’Connor, who are just geniuses of the first order, it is just really exciting. I approached Camilla as a character as I do with any other script. I tried not to think of Camilla the real woman and thought of her as a character. But I did think about the fact that she is an enigmatic person, whom I felt received a lot of abuse for something that certainly was not entirely her fault. She was an interesting character to portray and that she will be happy and that anyone will be happy with it.

What was it like working on the amazing production that The Crown is?

It is impossible to describe how wonderful it is. It all comes from the top and Peter Morgan is the most diligent, clever and empathetic person. He took a family that you would think we know everything about and made them feel real is extraordinary. And everyone working on it is the best of the best. If you love TV and movies as I do just being there and seeing like a 3D printed copy of Diana’s carriage or the queen’s carriage. Everything is made with attention to detail.

What are you working on now and can you tell us a little about your future projects?

I am working on a stage play with Andrew Lloyd Webber and David Zippel. I am writing the script for “Cinderella” which should be on stage in April in London. I am also writing another film and a show. It has been amazing to be able to spend the time to be properly able to do that. The lockdown has been hard in many ways but for us writers, it has been nice to have the time to write. 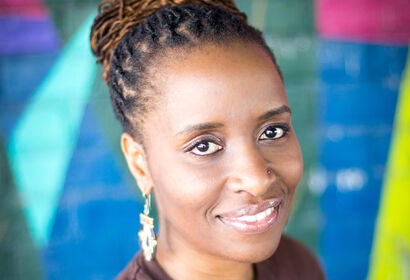