by Nellee Holmes December 16, 2017
Share on FacebookShare on TwitterShare on PinterestCopy URL 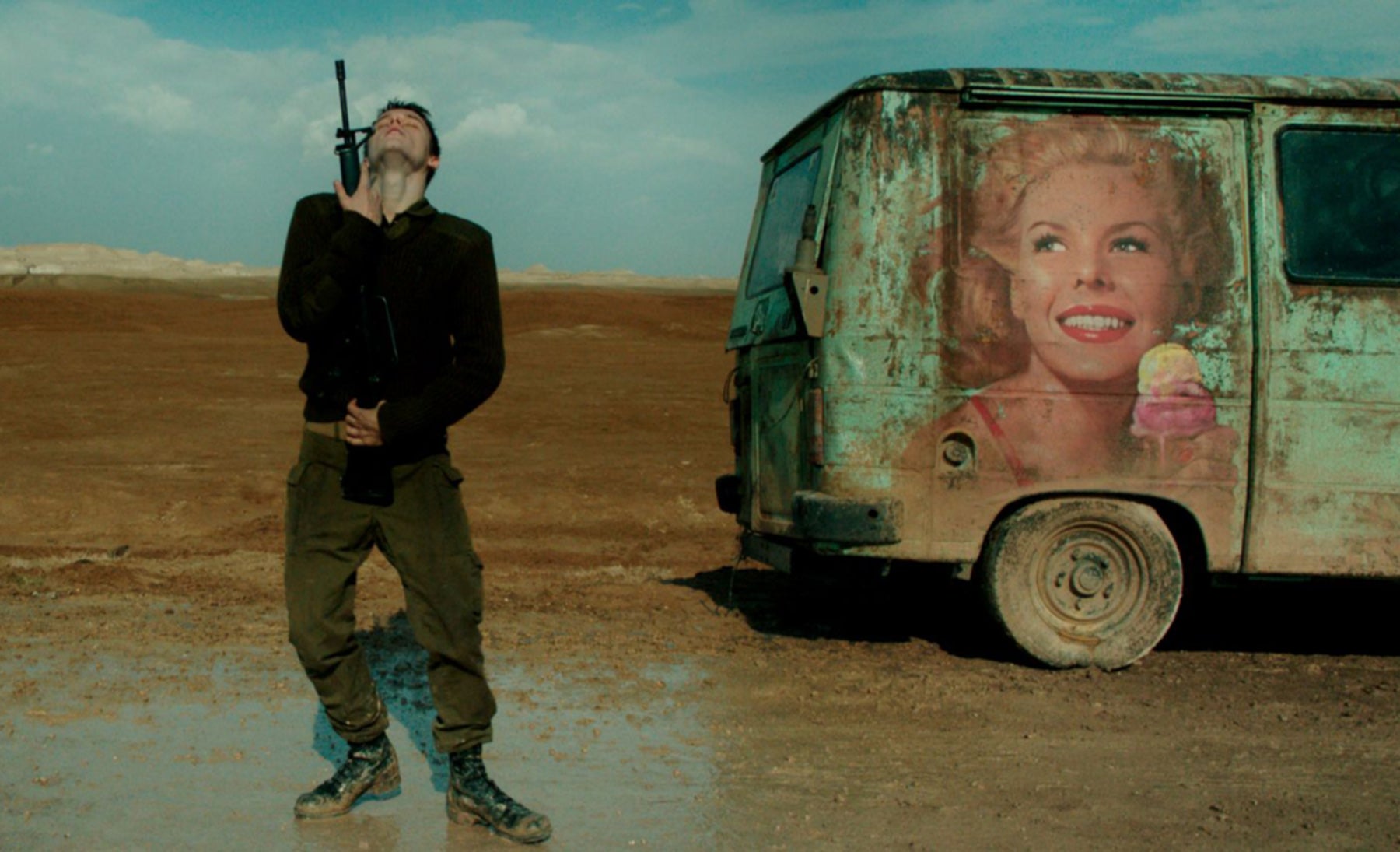 In 2009, 47-year-old Samuel Maoz was the first Israeli to win the Golden Lion at the Venice International Film Festival with his directorial debut Lebanon. His second film, Foxtrot, was awarded the Silver Lion this year. The film has a three-act but meaningfully paradoxical structure.

In the first and third acts, two parents (played by Lior Ashkenazi and Sarah Adler) mourn the death of their son, a soldier who died in the line of duty. Maoz hypnotizes the audience in the first act with rhythmic musical editing, smooth camera movements, and picturesque scenery.

In the second act, the son, Jonathan, is alive and well, marking time trying to alleviate his boredom at a deserted checkpoint near a rusted barrier. The audience is transported to the desert and into the eternally absurd condition of a ‘Waiting for Godot’ situation. God is anonymous, none of the film’s characters are believers, and the denouement is impossible in principle. The executor of the higher will becomes … a lonely camel. The third act shows the parents dealing with their grief (or not) six months after their loss.  Reminiscent of ‘Oedipus the King,’ the focus is the relationships of children and their parents. Both sides may have unclean hands; inevitably there is a price to pay. The audience is returned to the parents’ apartment and are immersed in the theatrical intimacy of a limited space. Perception is complicated by a broken chronological sequence. At one point, Maoz installs segments of black and white comics. At another, the parents smoke marijuana found in the son’s room and it cuts the tension with comedy.

Foxtrot explores Israeli intergenerational relationships. The last witnesses of the Holocaust have children who are the first to be born in Israel. Their grandchildren are modern young people who want to live in a global world and hardly understand the value system of their parents. Miri Regev the Israeli Minister of Culture criticized the film's director for adapting his film to European critics with anti-Israeli themes.

For his part, Maoz had this to say about his military service: “At 18, I became part of a tank crew. I went through the course of setting up the gun, but the importance of this position did not even cross my mind. We were entertaining ourselves by shooting fuel tanks that exploded with splendid fireworks. It was like an amusement park for grown-up guys. The war began in June 1982. When I returned home, my mother sobbingly embraced me. She thanked my late father, God and everyone who protected me and brought me home safe and sound. At that time, she still did not understand that I had not returned unscathed. In truth, I almost did not return. How could she know that her son actually died in Lebanon and an empty shell came home? It took 20 years until I finally woke up and made Lebanon.”

Foxtrot remains an excellent tragi-comedy about retribution, forgiveness, ruthlessness and love. Even a tragic fate can be lived like a dance without thinking about life’s meaning or consequences, but only by keeping up with its rhythm. 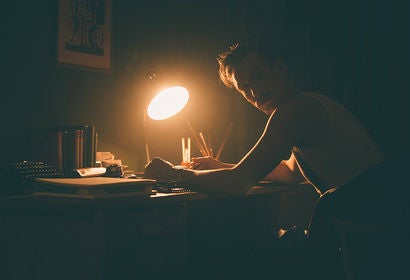