by HFPA December 3, 2014
Share on FacebookShare on TwitterShare on PinterestCopy URL

He has won four Golden Globes during his career and now George Clooney will be honored with the 2015 Cecil B. deMille Award. 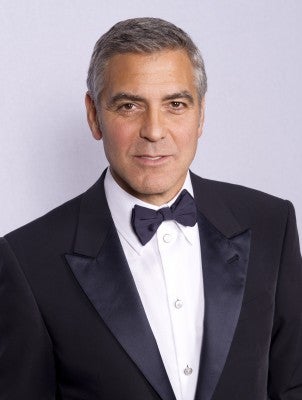 Clooney, an actor, writer, director and producer, who is also known for his humanitarian deeds, will receive the award at the 72nd annual Golden Globe Awards on January 11.

“The HFPA is honored to bestow the Cecil B. deMille Award to George Clooney to celebrate his outstanding contributions both in front of and behind the camera,” said HFPA president Theo Kingma.

Clooney last year appeared in Gravity and through his Smokehouse production company he most recently produced, directed and starred in The Monuments Men . He will soon be seen starring in the upcoming sci-fi film Tomorrowland for Disney.

Clooney’s achievements as a performer and a filmmaker have earned him four Golden Globes, two Academy Awards, four SAG Awards, one BAFTA award, two Critics’ Choice Awards, an Emmy and four National Board of Review Awards.

He is recognized as much for his global humanitarian efforts as he is for his accomplishments in the entertainment industry. In 2006, Clooney and his father, Nick, went to drought-stricken Darfur, Africa, to 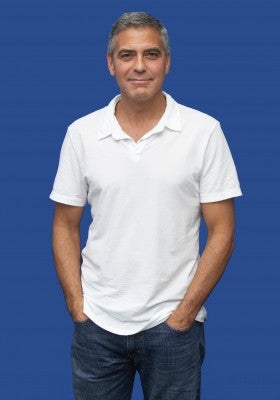 film the documentary Journey to Darfur and the following year Clooney, Brad Pitt, Matt Damon, Don Cheadle and Jerry Weintraub founded Not On Our Watch, an organization whose mission is to focus global attention and resources to stop and prevent mass atrocities in Darfur. Among the many honors received as a result of his humanitarian efforts in Darfur, was the 2007 Peace Summit Award, given at the eighth World Summit of Nobel Peace Prize Laureates.

In 2008, Clooney was designated a U.N. Messenger of Peace, one of eight individuals chosen to advocate on behalf of the U.N. and its peacekeeping efforts. Two years later, Clooney, along with Joel Gallen and Tenth Planet Productions, produced the Hope for Haiti Now! telethon, raising more than $66 million. The Academy of Television Arts and Sciences awarded Clooney with the Bob Hope Humanitarian Award and later that year, Clooney received the Robert F. Kennedy Ripple of Hope Award for his dedication to humanitarian efforts in Sudan and Haiti.

ELISABETH SEREDA LOOKS AT THE LIFE AND CAREER OF 'THE SMARTEST MAN IN HOLLYWOOD.'

George Clooney’s life and career has always been defined by extreme contrasts. Born in Lexington, Kentucky, his first job was cutting tobacco.

But from the age of five he accompanied and watched his father Nick, a news anchor in the vein of Walter Cronkite, who moved the family back and forth between Kentucky and Cincinnati, Ohio, where he had his show. Nick Clooney later inspired his son to write and direct Good Night, And Good Luck about Edward R. Murrow, another newsman who tried to bring down Senator Joseph McCarthy.

George was very active in baseball and basketball and tried out for the Cincinnati Reds but did not get a contract. Showbusiness was not first and foremost on his mind, if anything he saw himself following in his father’s footsteps. But there was the famous aunt, Rosemary, and her husband Jose Ferrer. Young George was an assistant on one of her tours. He also sold women’s shoes and developed a talent for drawing and caricatures. After his cousin Miguel got a small part in a feature film, he, too, pursued acting.

The first break in a major role came in 1984 with a sitcom called – funny enough – E/R. But it took ten years and a lot of cancelled TV-series and supporting parts such as his role as Booker on Roseanne until is big breakthrough in the drama series ER.

He likes to joke about his first feature film Return of the Killer Tomatoes! and while on ER he made Robert Rodriguez’ cult classic From Dusk Til Dawn, the romantic comedy One Fine Day and Batman & Robin.

„See that poster above my desk?“ he once asked during an interview in his production office while pointing at it: „That is there in case I ever get too big for my britches, to remind me how I ruined that franchise!“ he jokes.

It was the trifecta of Steven Soderbergh’s Out Of Sight, Terrence Malick’s The Thin Red Line and David O.Russell’s Three Kings that cemented his reputation as feature film actor. He won his first Golden Globe for the Coen Bros.’ O Brother, Where Art Though? and proved that he could sell blockbusters with The Perfect Storm and the Ocean’s trilogy.With his directorial debut Confessions of a Dangerous Mind he caught the directing/roducing bug and formed his own company with - at first - Soderbergh and then longtime friend Grant Heslov, whom he met in acting class. With, among others, Syriana, Good Night, And Good Luck, Michael Clayton,Burn After Reading, Up in the Air, The Descendants, The Ides of March and Argo he established himself as film industry powerhouse.

Many in the industry call him „the smartest man in Hollywood“. Unbegrudgingly so. When it comes to his Golden Globe nominations he sets a record that is unprecedented in the history of our awards: so far he has been nominated in nine (!) different categories, including producer, writer, director and every male actor category. At this point he could only top this if he were to write a song or have a sex change.

Along the way he also became famous. He is, in fact, the most famous star of his generation. Or any generation. His level of fame is such that if he never did another film again, he would not become less known. He is famous the world over. With one exception: „When I went to Darfur and at the border to Chad we were held up at gunpoint, no one recognized me. That was the only time where I wouldn’t have minded a little fame! “ he laughs. That was on his first trip to Africa with his father in April of 2006. He is now known for his admirable fight for human rights in Darfur and South Sudan. His Satellite Sentinel Project uses satellite imagery to document Omar al-Bashir’s and Ahmad Harun’s atrocities. He visits The region regularly and lobbies Western governments to provide aid. I remember once visiting him on a film set when he was in his trailer, late for our interview which is very unusual for him. His very good reason? He was on the phone with the French foreign minister, discussing sanctions against the Sudan.

He lobbied Congress and has the ear of President Obama. And when that is not enough, he goes further. In March of 2012 he got himself purposely arrested for civil disobedience while protesting outside the Sudanese Embassy in Washington D.C. The idea for the satellite came to him while watching paparazzi watch him at his villa on Lake Como: „I thought, why not turn this around? Why not turn the cameras on warlords and murderers and beam the footage to news organisations around the world?“

The International Criminal Court in The Hague has being using this imagery to collect evidence for trials. „Our main objective was to keep the attacks from happening in secret.“ Clooney says. „Now we've hired a team of forensic accountants to go after the banks that launder their money that helps them buy weapons.“

Besides the Satellite Sentinel Project Clooney also founded Not On Our Watch with colleagues Don Cheadle, Matt Damon, Brad Pitt and Jerry Weintraub and is involved with the Enough Project and various other charities. He organised A Tribute To Heroes to raise money for the families of the victims of 9/11 and another telethon, Hope for Haiti, after the earthquake.

He credits his parents and the era of his youth for his political and humanitarian involvement: „My mother was the mayor, my father ran for Congress. My parents were involved with the news and I think the news is very intricately tied to politics. There was a guy running for governor of Kentucky and I worked on his campaign when I was 13 or 14 years old. I grew up in an era where you had to be involved. There was the civil rights movement, the Vietnam war, the women’s rights movement. As a young person you had to be involved, there was no other option.“

His political interests inspire his work. Many of his film- and TV-endeavors have been fueled by that passion, from his live-TV-event Fail Safe that he spent a full year preparing, to The Ides Of March. As a writer he is particularly interested in subjects that deal with politics and the media.

And as a Hollywood star he has a better understanding of journalism than most. The HFPA has enjoyed a great relationship with him since we first interviewed him on the set of ER. Many other interviews followed. We have visited him in Gloucester, Massachusetts, on a boat braving The Perfect Storm and flew to the darkest forrests of Germany to see him direct The Monuments Men.

And since the Cecil B.deMille is a lifetime achievement award not a retirement award, we are looking forward to many more. He certainly has no plans of slowing down: Tomorrowland, Hail Caesar! and Money Monster are coming out in 2015 and there are more than ten projects in development including Hack Attack, an adaptation of Nick Davies’ book on the UK hacking scandal. Somewhere not so in between he will continue his humanitarian work that will include his new wife Amal Alamuddin, a human rights lawyer.

In short: George Clooney goes effortlessly from the red carpet to war-torn Africa. He does not scare easily. He is one of the genuinely nicest people you will ever meet, famous or not. He is also one of the smartest, well educated and has by far the best sense of humor in Hollywood. He is a great host and a loyal friend.

And he knows how to enjoy the crazy ride that took him from the Kentucky tobacco fields to the Hollywood Hills and the shores of a lake in Italy: „If you get to the position I’m in in life, you’ve really got the brass ring. You got lucky. And I think people who aren’t quite as lucky as me would be very angry if they didn’t think I was enjoying it.“ 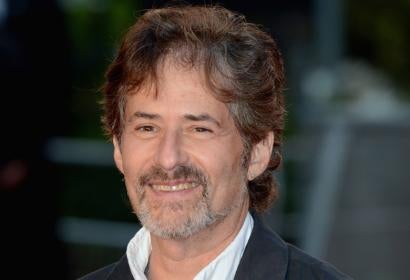