by HFPA January 5, 2015
Share on FacebookShare on TwitterShare on PinterestCopy URL 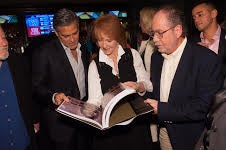 George Clooney, who is due to receive the prestigious Cecil B. deMille award at Sunday's Golden Globes ceremony, met the legendary filmmaker's granddaughter at a reception this week. Cecilia deMille Presley, who was with her grandfather on virtually every one of his film sets since she was three years old, surprised the actor by presenting him with the coffee table book Cecil B. deMille The Art of the Hollywood Epic which she co-wrote with Mark Vieira. "He was flabbergasted," she said. "He couldn't believe what a beautiful book it is." In the lavish volume, which has an introduction by Martin Scorsese and a foreword by Brett Ratner, Ms. deMille relates her grandfather's thoughts on his various films and recalls her visits to his sets, including the Egyptian expedition to film The Ten Commandments. "My grandfather would have loved George Clooney" she said."He is fun, he has a wonderful sense of humour and he's a good actor. What's not to like about Clooney?" The book was published to coincide with the 100th anniversary of deMille's first film, The Squaw Man, in 1914. Coincidentally Ms deMille was at the Golden Globes ceremony in 1954 when she presented Darryl Zanuck with the Cecil B. deMille award when her grandfather was too ill to attend. The reception, at Craig's in West Hollywood, was held by the Hollywood Foreign Press Association in Clooney's honour and to celebrate him being chosen as this year's Cecil B. deMille award recipient. 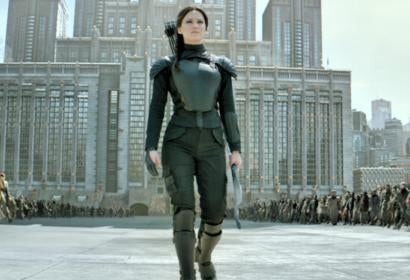