by Yoram Kahana January 12, 2016
Share on FacebookShare on TwitterShare on PinterestCopy URL 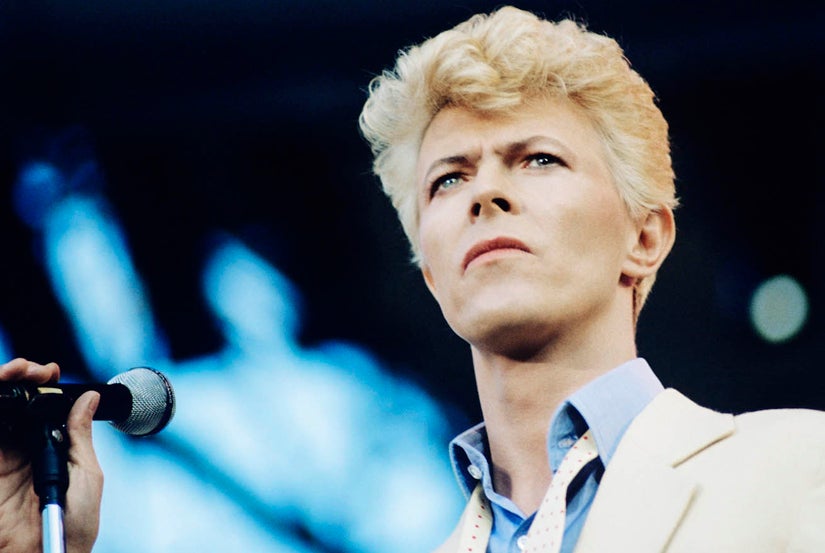 Bowie returned to the stage with The Serious Moonlight Tour in May 1983.  By July he was headlining stadiums. I took this photo in Vancouver, Canada, where the Tubes and Peter Gabriel opened for him. Bowie was blond and wore a light yellow suit. "Yellow is the color of new endeavors" he told me during the interview that afternoon.

David Bowie, the news of whose death shocked the world just after the Golden Globes ceremony, was also a nominee. Among his universally celebrated accomplishments, the British rocker who died Sunday at age 69 at his home in New York, earned his Golden Globe nomination in 1982 for writing the title song for Cat People, the erotic horror film directed by two-times Golden Globe nominee Paul Schrader, and starring Nastassja Kinski (two nominations and one win) and Malcolm McDowell (one nomination). Bowie's song, Cat People (Putting Out the Fire) would lose that year to Up Where We Belong by Giorgio Moroder from An Officer and a Gentleman.

Bowie’s death became public as the Golden Globes guests made their way to the after parties where the DJs paid tribute by playing his music on the dance floor where patrons busted moves and shed some tears. A somewhat surreal scene, which Bowie would no doubt have appreciated. One of his most successful records was Let's Dance and his life was a celebration of joy, inventiveness and surprise.

Born David Robert Jones in Brixton, south London, (he took on the name Bowie, after the American frontiersman and inventor of the Bowie knife, because Davey Jones of the Monkees was gaining popularity), was a multi talented, inventive and creative force. Not just a singer and song writer but also a record producer, arranger, performer who played several instruments, a painter and an actor, a dancer, and above all an innovator, a maverick and a cultural and social pioneer and provocateur.

"A musical chameleon, changing and dictating trends as much as he has altered his style to fit" as one reviewer described him, Bowie's first commercial success was the pop single Space Oddity (1969). Three years later he burst on the glam rock scene as Ziggy Stardust, a flamboyant and androgynous alter ego. Several other changes of persona and style followed: A success in the USA with the single Starman, a move into electronic music (the Berlin Trilogy with Brian Eno), more hits with Queen, and decades of musical experimentation during which the singer transitioned between blue eyed soul, industrial, jungle and adult contemporary genres. His final album, Blackstar, was just released on his birthday, January 8, 2016. He died two days later. All told, he sold some 140 million album records worldwide, garnered numerous silver, gold and platinum albums in the U.K. and the U.S.A., was inducted into the Rock and Roll Hall of Fame, and listed at 29 in a BBC poll of 100 Greatest Britons, all in a half a century long career.

Bowie started acting even before his commercial success as a music maker, and he never stopped. Mime, avant-garde theater and experimental films led to a movie acting career, starting with Nicolas Roeg's The Man Who Fell to Earth (1976), and highlighted by a lead in Just A Gigolo (1979) with Marlene Dietrich. In another role, The Hunger (1983), he starred opposite Catherine Deneuve and Susan Sarandon.

As the news of Bowie's death came just after Ricky Gervais's hosting of the Golden Globes, It was the second time that the two crossed paths. Ten years ago, on a memorable episode of Extras, appropriately titled David Bowie, the Gervais character, Andy Millman, a self-involved actor, accosts Bowie (playing himself) at a bar, whining about his problems. Bowie responds with an impromptu ditty, "The Little Fat Man With the Pug Nosed Face" which he sings while playing the piano, about what a fat, pathetic, unfunny loser Gervais is, with the crowd at the bar joining in a sing-along and taunting Gervais who covers his nose.Learning about Bowie's death, Gervais tweeted: "I just lost a hero. R.I.P. David Bowie". The HFPA joins the rest of his fans worldwide in mourning his passing. 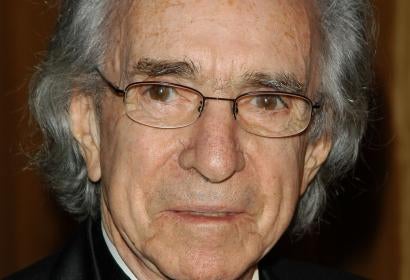