by Elisa Leonelli October 2, 2018
Share on FacebookShare on TwitterShare on PinterestCopy URL 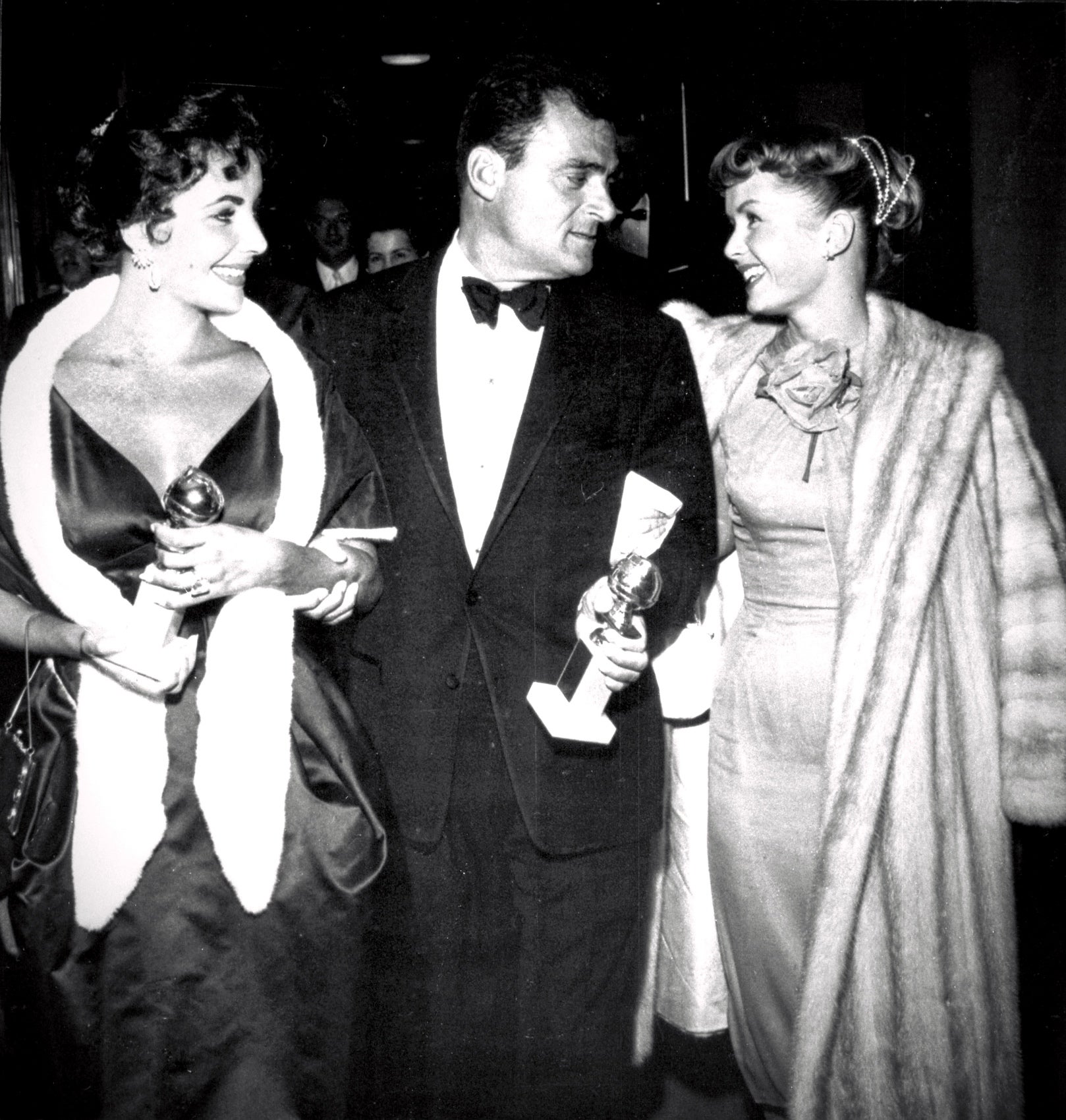 Elizabeth Taylor, winner of a Sterling special award “for consistent performance considered most outstanding,” with her husband Mike Todd, producer of the Best Picture- Drama Around the World in 80 Days, and Debbie Reynolds, nominated for Best Actress in Musical or Comedy for Bundle of Joy, at the 14th Golden Globes, Thursday, February 28, 1957, at Cocoanut Grove, Ambassador Hotel.

Elisabeth Taylor won a Best Actress-Drama Golden Globe for Suddenly Last Summer in 1960 and was nominated for Butterfield 8 in 1961, for Who’s Afraid of Virginia Wolf in 1967, and for Ash Wednesday. In 1974, she received the special award World Film Favorite (not called Henrietta) and, in 1985, she was the recipient of the Cecil B. deMille award.