by Ersi Danou December 2, 2019
Share on FacebookShare on TwitterShare on PinterestCopy URL 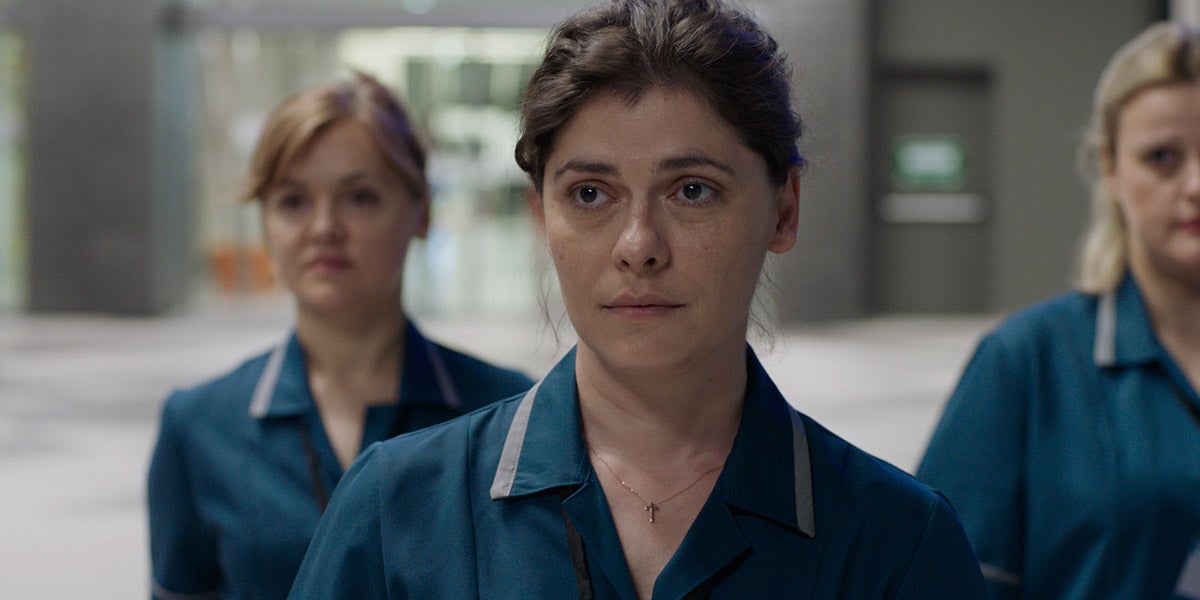 Marisha Triantafyllidou in Her Job (2018)

It is strange how the decade-long economic crisis in Greece has given rise to an unlikely beneficiary: women. Nikos Labôt’s feature Her Job details such a story. Panayota, a semi-illiterate 37-year old housewife, has a hard time managing the needs of her little son, her obnoxious pre-teen daughter and her disgruntled husband’s demands. But when a neighbor tells her that a new mall hires cleaners, she decides to take a shot at applying for a job, her first-ever.

Making a meager monthly amount and learning to operate the cleaning equipment during her night shifts opens a whole new horizon for Panayota. Despite her husband’s continuing complaints about not finding suitable work for himself and about having to act as his wife’s ‘chauffeur’, she cherishes every moment she spends earning a living and making friends with her female colleagues. When the other women bemoan the working conditions at the mall, Panayota confesses: “I, on the other hand, would like to stay here forever”.

The inspiration came from a true story which seemed very simple, but also surprising when seen from the heroine’s point of view, Labôt, the writer/director pointed out. Yet, Panayota’s reality is not unique, as unemployment rises over 20% in Greece’s adult population while half of the youth are out of work.

Nevertheless, the outcomes of adversity are not always bleak. This film offers an example of what happens when there is a shift in the allotment of income from entitled men to submissive women. There are no fireworks, grand actions or decisions – just the hint of happiness; the happiness that comes with independence.

During a Q&A session at Toronto International Film Festival 2018, where the film had its world premiere, Labôt admitted that although things are still pretty bleak in Greece, he “admires people that have a rare strength, who don’t talk very much … but do little things that can give strength to others”. “I’m pessimistic about what we call politics and democracy,” added the film’s star, Marisha Triantafyllidou; “but I’m deeply optimistic concerning life and the human soul”.

“These people are usually invisible,” the actress said in the same interview; “so it was very difficult for me to have a reference point”. But authenticity was important to both her and Labôt, and they collaborated consistently on research, observation, and rehearsals. For her role, Triantafyllidou earned Best Actress awards at the Hellenic Film Academy, the Thessaloniki International Film Festival and the Los Angeles Greek Film Festival.

Her Job is Labôt’s fiction feature debut. He has a background in commercials, documentaries, and shorts. 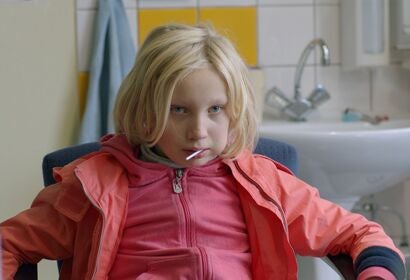 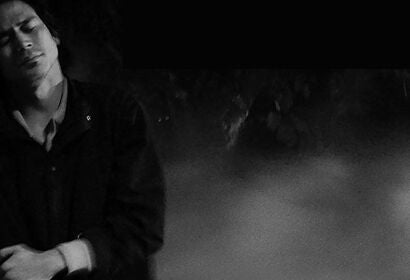