HFPA In Conversation: Andy García, at Ease with Clint Eastwood

by Kirpi Uimonen Ballesteros March 13, 2019
Share on FacebookShare on TwitterShare on PinterestCopy URL 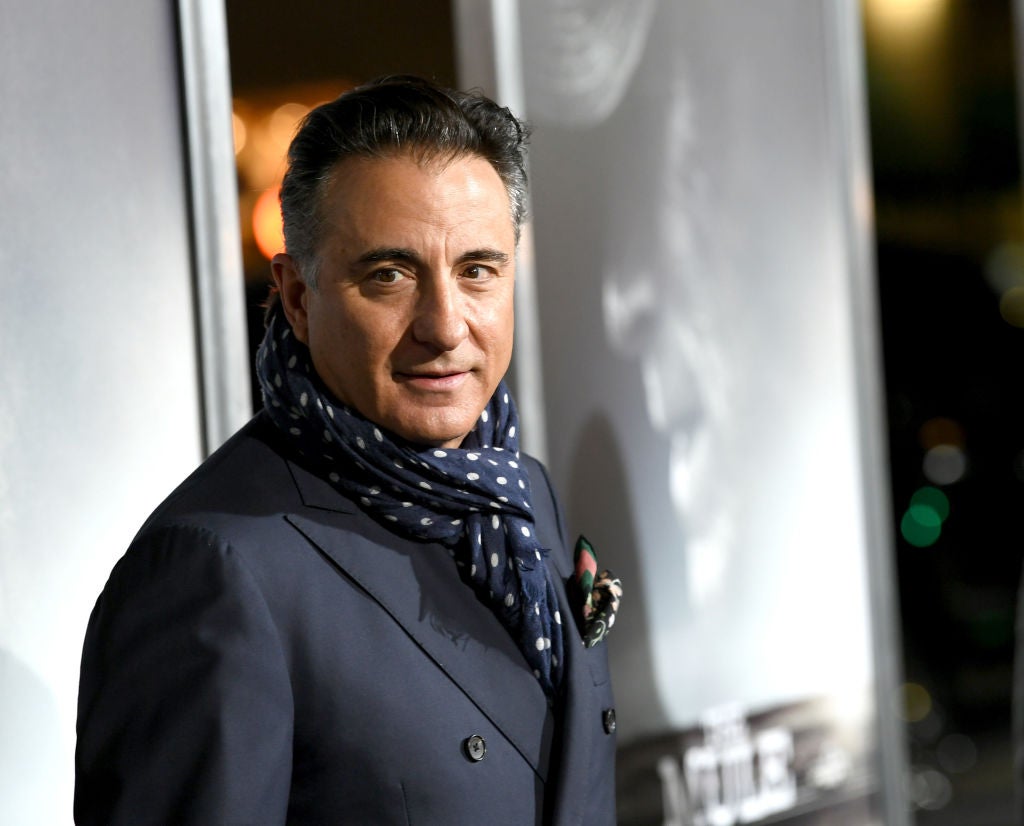 Golden Globe-nominated Cuban-American actor Andy García sat down with HFPA journalist Silvia Bizio in Los Angeles and talked about his long career from 8 Million Ways to Die to his recent movie The Mule.  Working with Clint Eastwood was a dream come true for him.

“I’ve known Clint’s work as a director since Play Misty for Me.  Then I got to know him on the golf course.  Over the years I see him at least once a year at the tournament and occasionally at a social event.  But I’ve never had a chance to work with him.  So when he reached out to do this part in the film, I really wanted to do it.”

In The Mule, García plays a Mexican drug lord.  Eastwood’s directing style didn't surprise him, because he prepared himself talking with actors, like Meryl Streep, who has worked with him. “I knew his whole sort of philosophy of directing that has to do with not calling action, not calling cut or when he calls cut he says, “I guess ok, we have enough of that” and things like that.  He just kind of lets things happen.”

In his first scene, García's character is waiting for a phone call. “I was just supposed to get a phone call and talk to one of my underlings who was following his character around.  the call was at a party that I was having at my house.  I had a young lady who was an extra sitting next to me in the chaise lounge and I was having a drink and just waiting for the phone call.  We sat in and the camera person said, “camera’s ready” and then nobody else said anything, the AD didn’t say anything and there was just total silence.”

He looked around. “Then I remembered, “oh yeah there’s no action”, so I just started improvising with the girl waiting for the phone to ring.  We were into a two-minute improvisation because the phone did not ring and Clint didn’t call cut so I was just talking to this young lady for a couple of minutes.  And then I looked at the phone and I saw that there was a call that came in but it didn’t ring so I said, “oh it looks like they called me”. I put the phone down again and I started talking to the girl again.  Now we’re three minutes into this thing and finally, Clint stands up and he says, “ok we have enough of that”.

They did another take in which the phone rang. “I picked it up and it’s the take that’s in the movie.  I answered it, we have the scene, I hung up, I grabbed her and took her up to my room and as I was leaving the frame I looked up and he was laughing and he says, “ok we got that”, and that was it. And all the stuff with him was like that, very easy.”

Listen to the podcast and hear how Andy was involved with the music of The Mule; what kind of movies he watched as a kid in Miami; when he knew he wanted to be an actor; why actor James Coburn was important to him; how was his audition for 8 Million Ways to Die; what was his first Golden Globe experience; what kind of job he got before he moved to Los Angeles; why he needed to take horseback riding lessons; how he got a role in The Godfather III ; why he learned to play the piano; how he got to know Cachao – co-creator of the mambo – and ended up recording with him; why he wants to film a story about Hemingway; why he went to the Bahamas every weekend in ’75 when he met his wife.