HFPA AT THE EURASIA FILM FESTIVAL

by HFPA September 19, 2012
Share on FacebookShare on TwitterShare on PinterestCopy URL 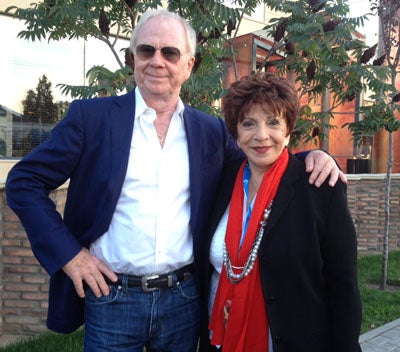 HFPA president DR. Aida Takla -O’Reilly was a special guest of the VII Eurasia International Film Festival, taking place in Almaty, Kazakhstan, from September 17 to 22. Dr. O’Reilly joined filmmaker and president of the jury Wolfgang Petersen  (above) and TV and film actor Dennis Haysbert in a select group of overseas visitors to the festival, which focuses on the cinema of Central Asia, with 12 films in competition and a special retrospective of the pictures of legendary Kazakh actor Asanali Ashimov (with Dr. O’Reilly, below). Past guests of Eurasia Fest included Sigourney Weaver, Kevin Costner and Gerard Depardieu.

Speaking at the opening of the festival, Wolfgang Petersen said:  ” It is an honor to get invited to be the head of  the international jury. I didn’t know much about Kazakhstan, but I researched, watched kazakh movies and saw  what an incredible place this is. The people’s faces are so beautiful and diverse, these faces are made to be in the movies!”

Petersen added: “I  hope the world finds out about this region and  movies will start getting made here. Kazakhstan definitely may have a great potential for a wonderful future.” 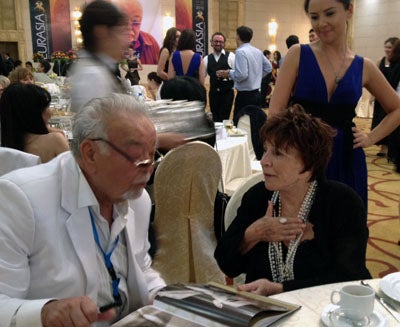