by HFPA October 3, 2017
Share on FacebookShare on TwitterShare on PinterestCopy URL 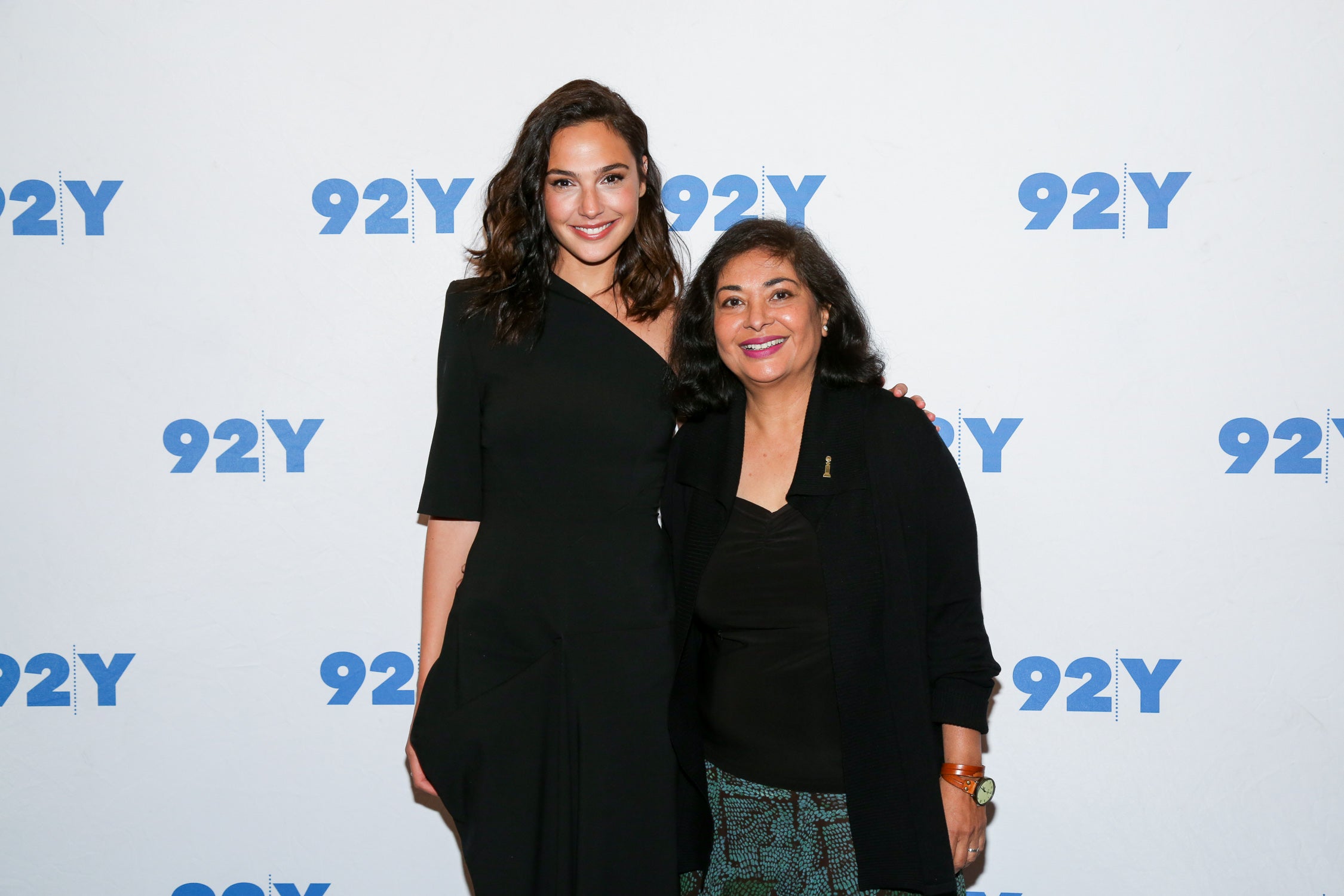 Israeli-born actress Gal Gadot joined Indian-born Meher Tatna, President of the Hollywood Foreign Press Association, for a conversation at the 92nd Street Y in New York City.  Both women discussed their respective career journeys, the significance of being a role model in today’s society and provided sound advice for audience members.

The conversation was part of the 92Y Talk Series, hosted by 92nd Street, a New York cultural and community center where people connect through culture, arts, entertainment, and conversation.  92Y welcomes and reaches out to people of all ages, races, faiths, and backgrounds. 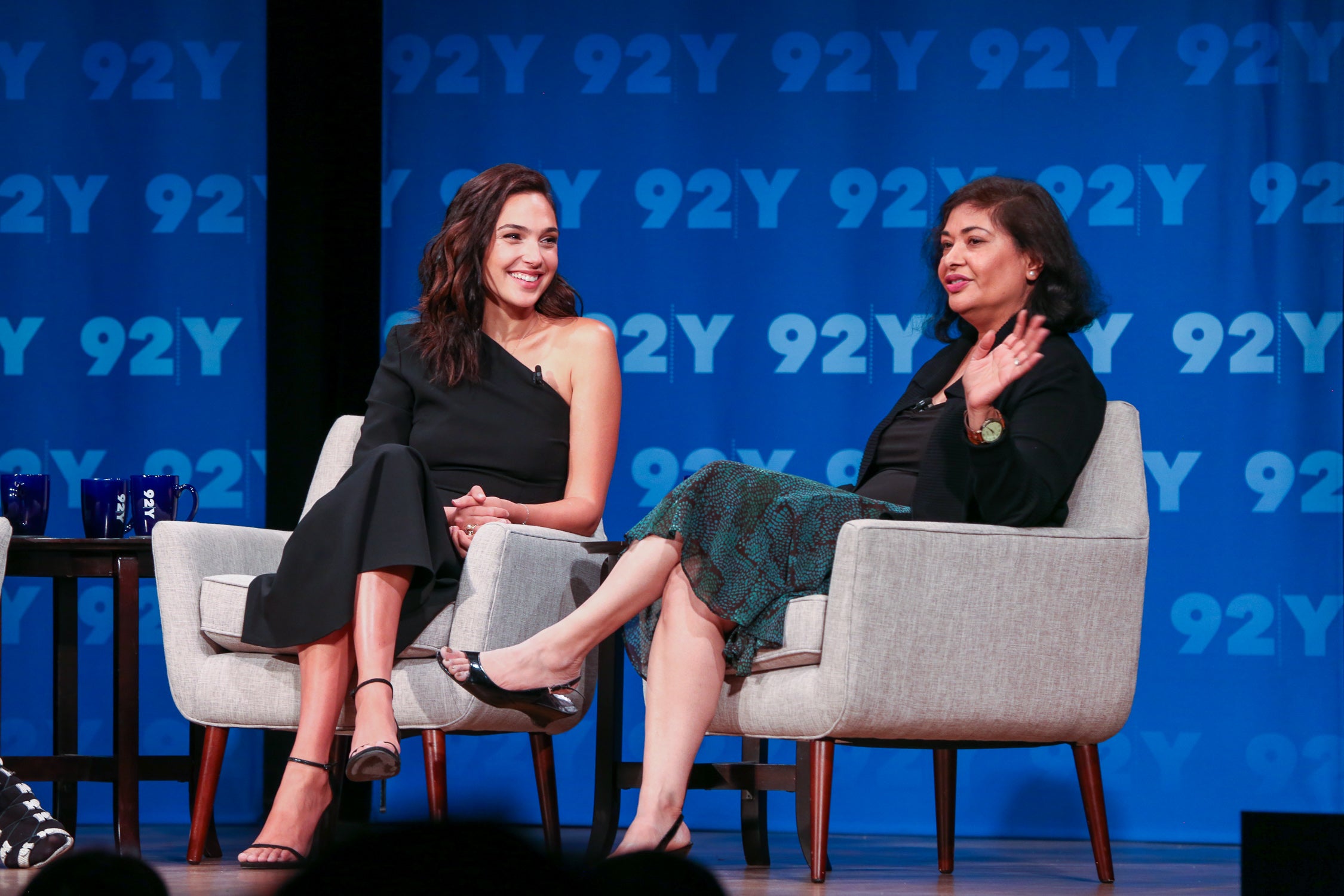 Meher kicked off the conversation, talking about growing up in Mumbai, the scholarship she received to Brandeis and coming to the United States with $500 and one suitcase.  After realizing that her dream of becoming an actor might not be a realistic goal, Meher pivoted and began writing for the entertainment industry. 15 years later, she is now President of the HFPA.

Gal spoke about growing up in Israel and told the audience she never really wanted to be an actor.  After being cast in a few roles here and there, she kept her options open before landing the role of a lifetime – Wonder Woman.  Gal mentioned the significance of embodying Wonder Woman and empowering and inspiring women (and men) around the world to stand up for what they believe in and to persevere.