The HFPA Stands With Blackout Tuesday

by Mario Amaya June 2, 2020
Share on FacebookShare on TwitterShare on PinterestCopy URL 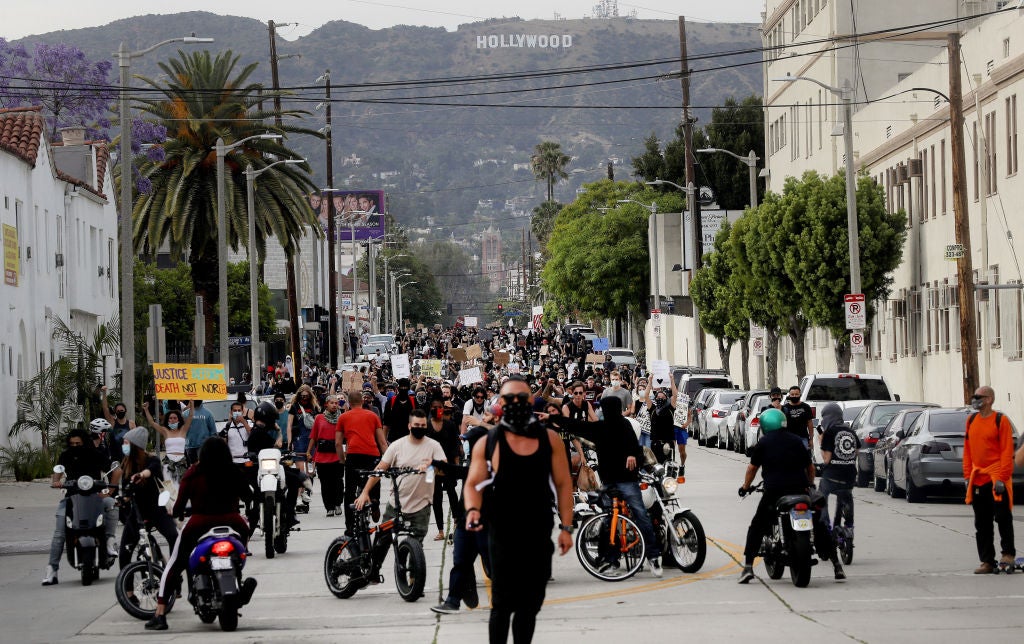 A large part of Hollywood has joined the work stoppage named Blackout Tuesday on June 2nd, in support of the Black Lives Matter movement, and in response to the murder of George Floyd by the Minneapolis police.

The Hollywood Foreign Press Association (HFPA) has also issued a statement of support. “We stand in solidarity with the women and men who demand justice and equality throughout the United States. We value and celebrate the contributions of African American artists and creatives in the entertainment industry and share the pain of this community. We are committed to doing our part to build a safer and more equal world and industry. ”Major agencies  WME, ICM Partners, UTA, CAA, Gersh Agency, and APA, as well as AGC Studios and others, joined the music industry for Blackout Tuesday.

Bad Robot Productions in association with The Katie McGrath and JJ Abrams Family Foundation has pledged $ 10 million over the next five years to organizations with anti-racist agendas, while Endeavor will present a company-wide initiative that addresses bigotry.

Disney-owned Hulu also wrote on Twitter that “We support black lives. Today and every day. We see you. We listen to you. And we are with you ”.

Meanwhile, HBO and HBO Max wrote: "Neither love nor terror makes one blind: indifference makes one blind." - James Baldwin. We support our colleagues, employees, fans, actors, black storytellers, and all those affected by senseless violence. "

Floyd died on May 25 after police officer Derek Chauvin used his knee to hold Floyd by the neck for nearly nine minutes. Several viewers filmed the entire incident and posted it online, sparking an avalanche of reactions of pain and anger, which developed into protests and civil unrest across the country

As the protests continue, there have been three curfew nights in Los Angeles along with similar orders in New York and other regions, and a private autopsy funded by the Floyd family and the Hennepin County Coroner's Office determined that the death Floyd's was murder.

A private post-mortem exam concluded that his death resulted from suffocation and not only from trauma to the neck but also from the weight of two other officers on Floyd's back that blocked airflow to his heart and lungs.

Hennepin County in Minnesota attributed the death to heart failure, possibly complicated by heart disease and the presence of fentanyl and methamphetamine in his blood, according to his version. Chauvin has been charged with third-degree murder and second-degree manslaughter, and the other three officers who arrested Floyd over a 911 call about suspected counterfeit bills at a store were fired, but no charges have yet been filed.Distributor and producer A24 mourned the loss of Floyd, as well as those of Amaud Arbery, Breonna Taylor, Tony McDade "and many others" who have died in recent months in circumstances that have sparked public outrage. 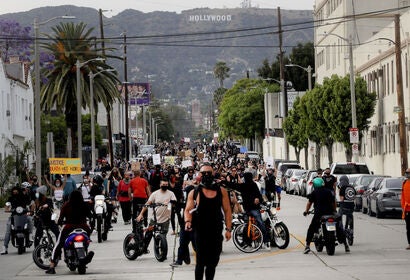 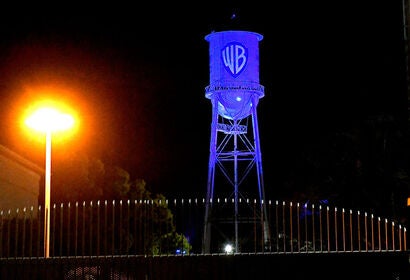 Interviews
Beanie Feldstein And The Challenge of "How To Build A Girl"
June 1, 2020
Fashion
Accessories: Fashion’s Forgotten Must-Haves
June 3, 2020