HFPA Supports and Celebrates the Kailash Foundation at Cannes 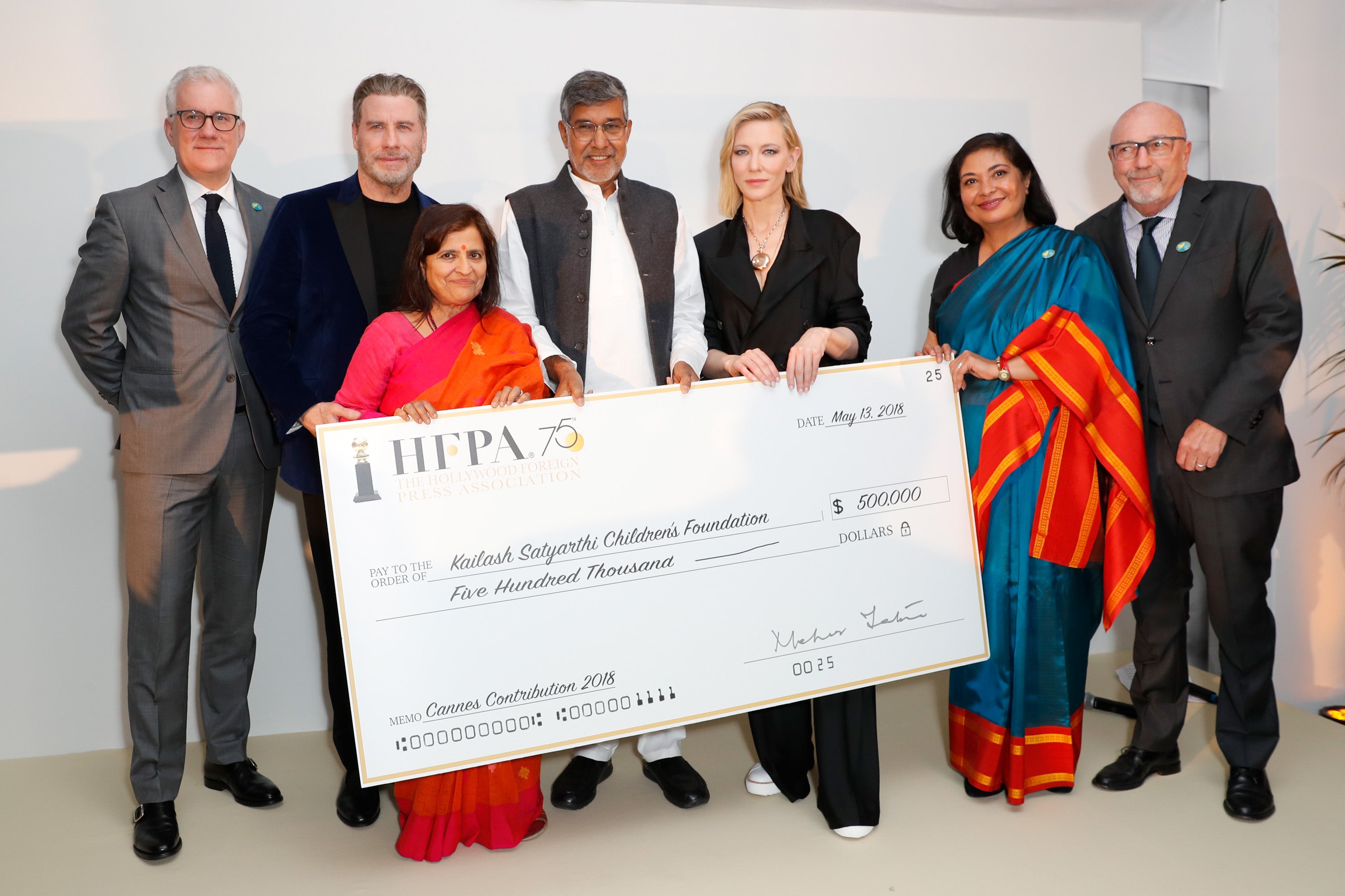 On behalf of the HFPA, Dave Benett of WireImage/Getty

Support for entertainment-related charities, scholarship programs, and humanitarian efforts is a core mandate of the HFPA, which has already donated over $30 million over the past years and has been making a point of celebrating great causes in events such as the Cannes Film Festival. 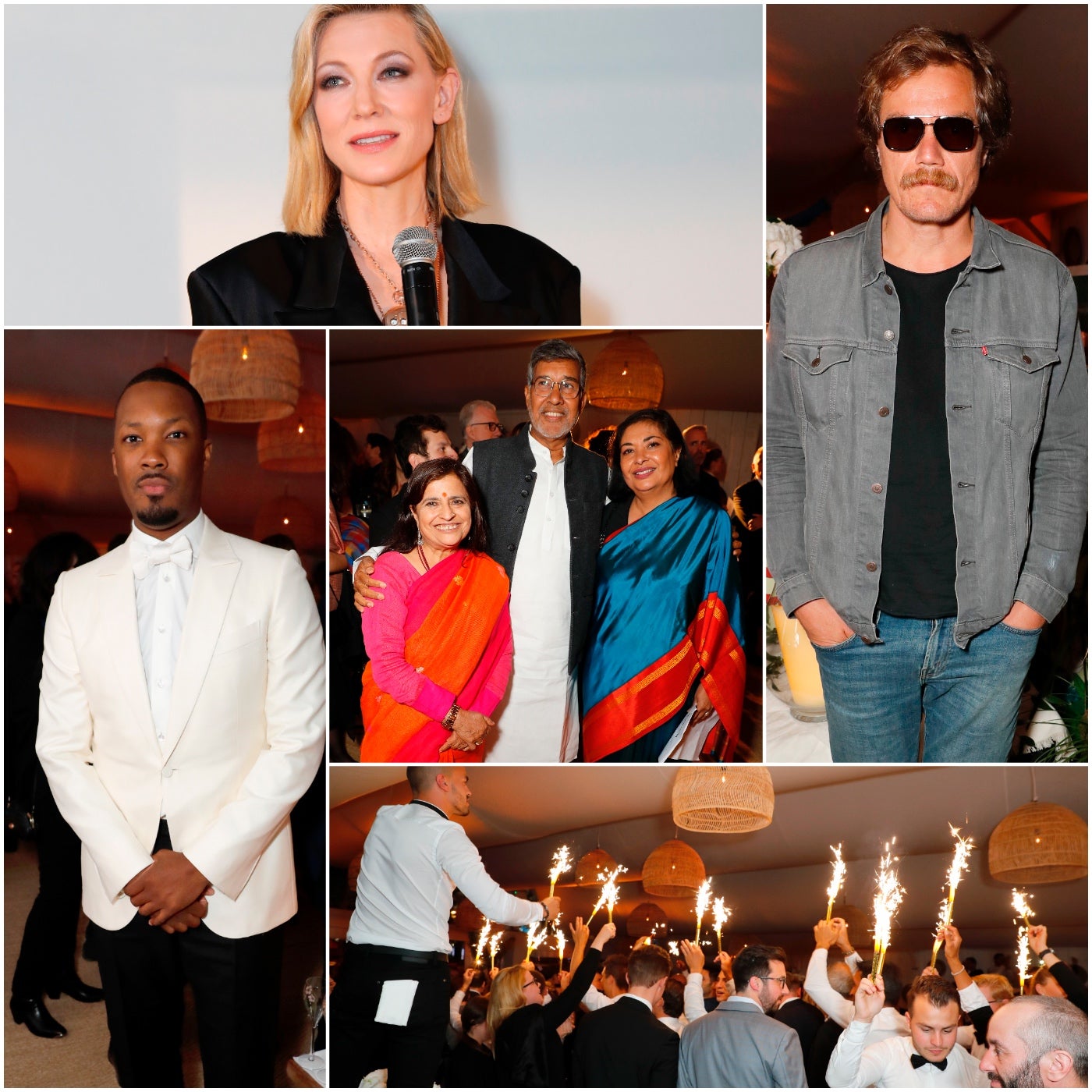 On behalf of the HFPA, Dave Benett of WireImage/Getty

"The members of the Hollywood Foreign Press Association take great pride in supporting over 60 worthwhile nonprofits year-round,” said Meher Tatna, HFPA president. “We are empowering a new generation of filmmakers and storytellers, preserving Hollywood’s history through film restoration, supporting humanitarian efforts, and advocating for critical issues like freedom of the press.  Our annual Cannes event is the perfect opportunity to continue to raise awareness worldwide of deserving organizations and we are thrilled to partner with KSCF.  Giving this recognition to my fellow countryman is serendipitous for me.  The work Kailash is doing to rescue children from slavery inspires all of us.”

John Travolta kicked off the evening and Cate Blanchett presented the grant to KSCF on behalf of the HFPA, which will go toward programs that ensure children are free, safe, healthy, in school, and are able to realize their potential. 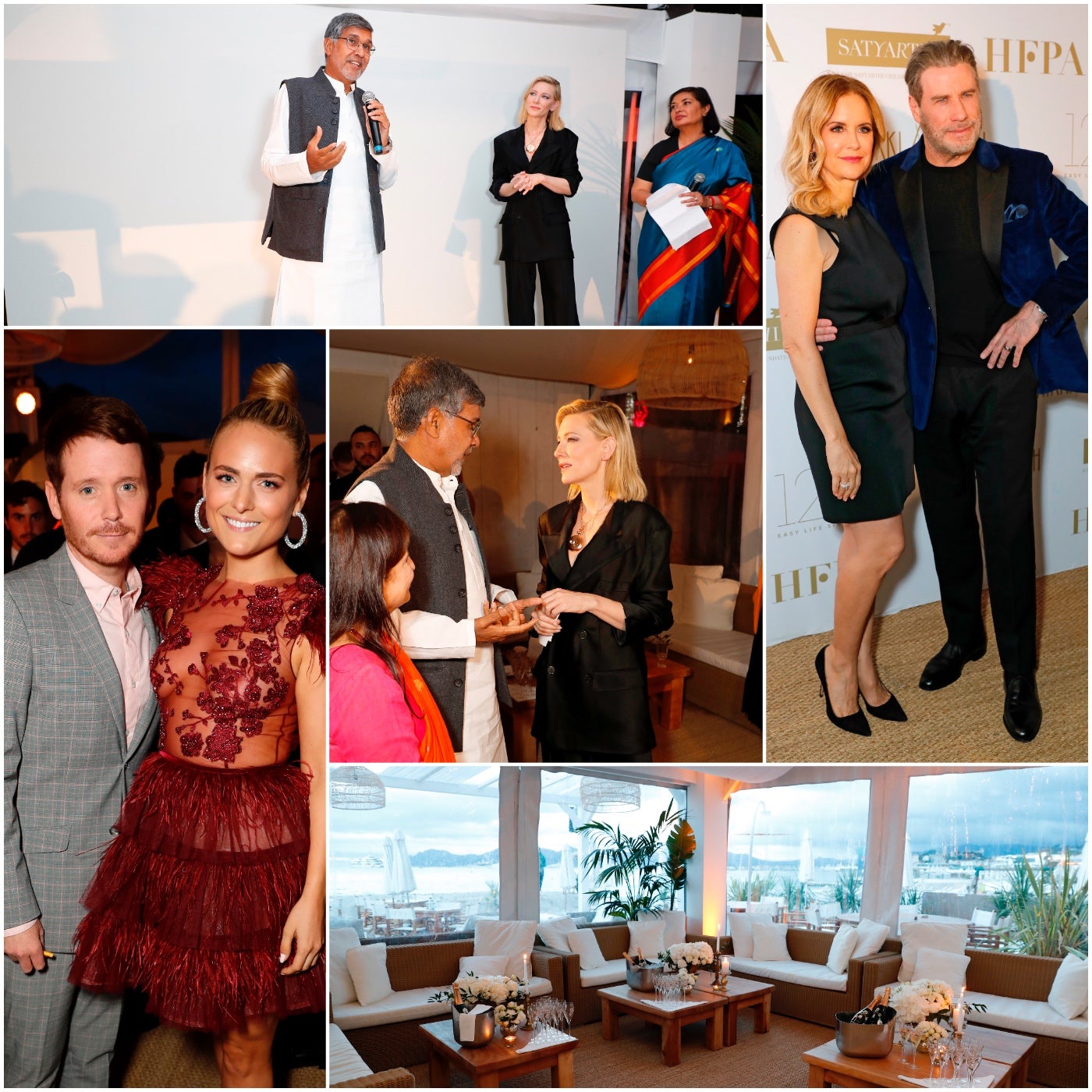 :On behalf of the HFPA, Dave Benett of WireImage/Getty

In 2014, Kailash Satyarthi received the Nobel Peace Prize in recognition of his more than 37 years’ experience and proven track record rescuing and rehabilitating child laborers, prioritizing children in national and international policy, and building public and corporate awareness. His tireless efforts are the subject of the upcoming award-winning documentary, Kailash, from Participant Media and Concordia Studio.

Licensing fees obtained from the Awards show has allowed the HFPA to support over 60 nonprofits focused on education in film and television, film preservation, journalistic organizations committed to freedom of speech, as well as organizations that support natural disaster relief and other international crises.  More recently, the HFPA made a commitment to award one international organization with a grant of $500,000 annually at the Festival de Cannes, with FilmAid and the International Rescue Committee (IRC) receiving the donation in 2016 and 2017 respectively.