by Silvia Bizio January 24, 2018
Share on FacebookShare on TwitterShare on PinterestCopy URL 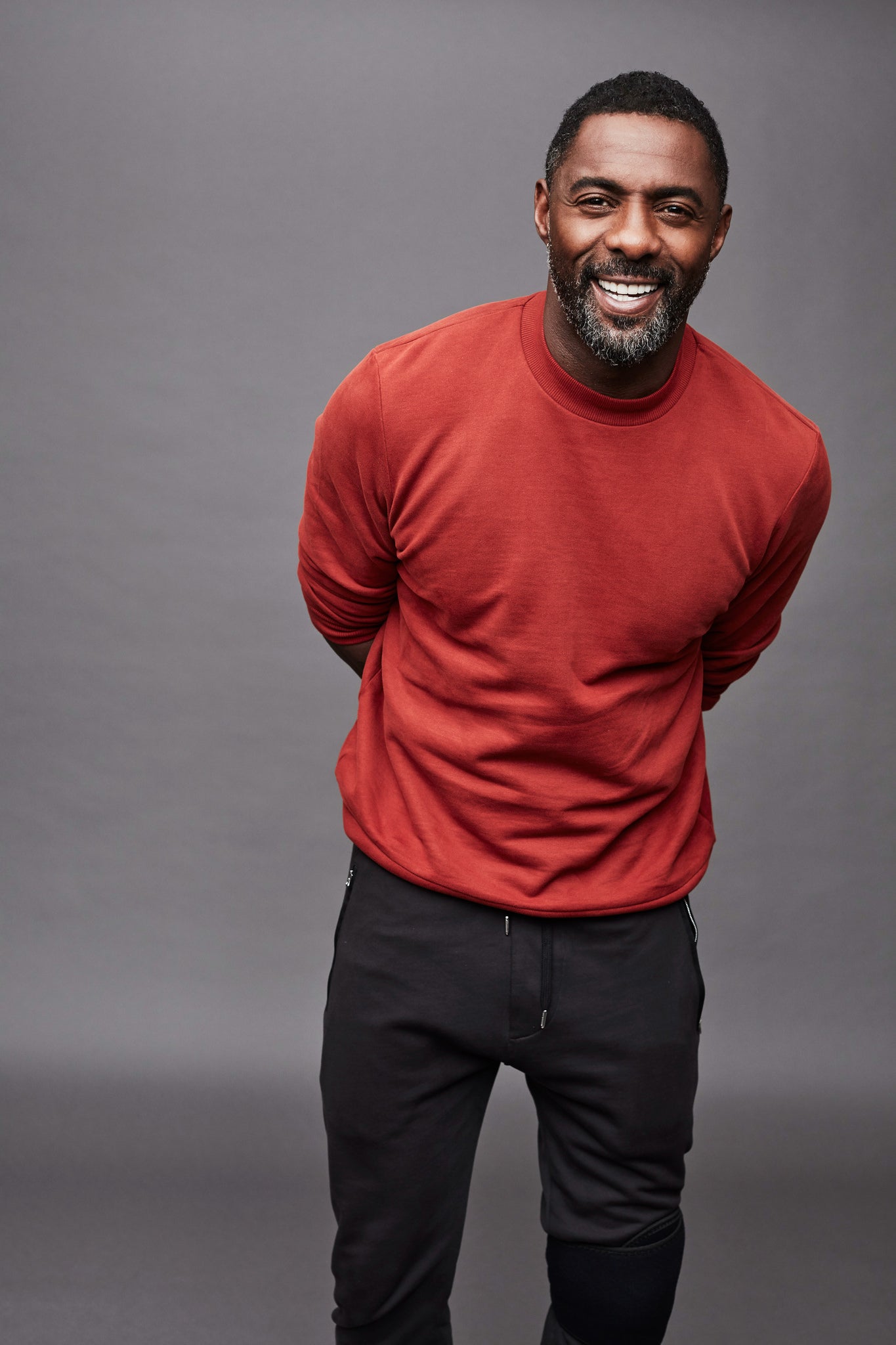 Golden Globe winner Idris Elba, steps off the van accompanying him to our interview  wearing a long mouton coat to protect himself from the Park City cold. The 45-year-old British actor is at the Sundance Film Festival with his directorial debut, Yardie, in competition in the World Cinema section. He is wearing a tight blue sweater revealing his muscular built, and sports a slightly unkempt beard and often runs his hand through his hair while talking to us about his film. He has taken a short break from filming the fifth season of Luther to make the trek to Sundance.

The actor of The Wire and of films like  Beasts of No Nation, American Gangster, Mandela: Long Walk to Freedom and Thor: Ragnarok has almost another career, as a DJ that goes by the moniker Big Driis the Londoner. Elba lives between London and Los Angeles and is twice married, with a 16-year-old daughter from his first marriage.  He is quite happy to talk about Yardie, based on the 1992 novel of the same title written by Victor Headley and set in the world of Jamaican culture in London.  The story follows D, a young Londoner of Jamaican origin (Aml Ameen), who witnesses the killing of his adored older brother and finds himself torn between the pacifist ideals of his brother and the vindictive world of gangs, violence, and drugs in which he is immersed. 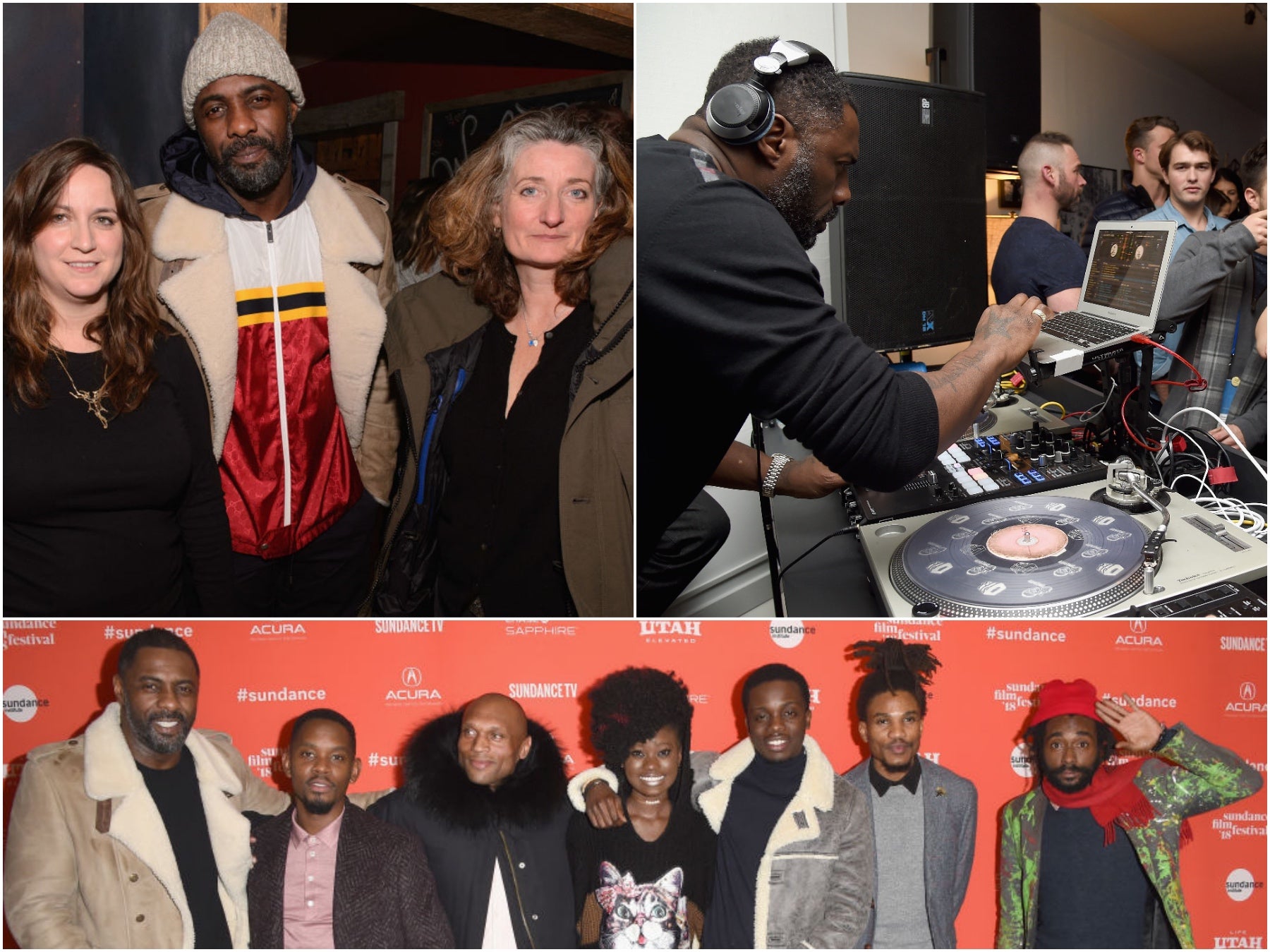 Idris does Sundance: at the Brunch With the Brits, with BFI Film Fund Senior Executive Mary Burke and producer Gina Carter; becoming DJ Big Driis the Londoner at the premiere party; and with the cast of Yardie at the Sundance premiere.

Idris, why this story and how much did you know about the yardie culture?

I grew up in London, I am not of Jamaican origins but it is a word that I knew well. It is a derogative term, used to describe the Jamaican immigrants in the ‘70s. I was trying to open a window and deepen the audience’s appreciation of a certain culture. So I took the story of this young man who lost his little brother. We called the film Yardie because the audience understands what we are talking about, and how a young man faces the trauma of his brother dying. All this encased in the Jamaican culture, reggae music, the violence that accompanies it. It is a delicate movie within that culture.

Which are the films or directors who influenced you in preparing for this film?

The first film, for obvious reasons, is The Harder They Come, a seminal film about the Jamaican culture in Kingston, Jamaica. Jimmy Cliff was a world superstar at the time, and that film, of course, is full of reggae. My father showed me that film and I couldn’t believe it because it was full of that music that he was listening to in the house all the time! In my film we do the same thing, we look at the subculture of Kingston, the tenements from which the term yardies originate, and we look at Kingston like it was never seen before. One thinks of Jamaica and thinks of beaches, big hotels, getting a tan. Here we look at the streets in Jamaica, the tenements, the real people. The other influence was Martin Scorsese, who was always an extremely complex director, capable of taking a character and whether you like him or not he makes you understand him.

Have you ever thought about playing a small role, even a cameo, in the film?

Yes, and at some point, I told everybody that I would be in the film because it would have been easier to get financing! Once I got the money I said sorry, I changed my mind, I am not going to be in the film! Being this my first film I wanted to concentrate 100 percent on the direction, I didn’t want to jump in front of the camera.

Music has a very big part in the film...

Yes, which is one of the reasons I wanted to make this film because I know well the character of the DJ which is the main protagonist of the film. And while I was choosing the music it was very important for me to have music which I knew well, and not only I know reggae, but it is a music that everybody loves in the world!

One last question, to the DJ in you. If you want to make people dance, which ones are your go-to songs?

One of two: Michael Jackson’s “Want To Be Starting Something” or Stevie Wonder’s “Do I Do”. Without a doubt 8 out of 10 times people get up and dance!