by Elisabeth Sereda September 15, 2020
Share on FacebookShare on TwitterShare on PinterestCopy URL 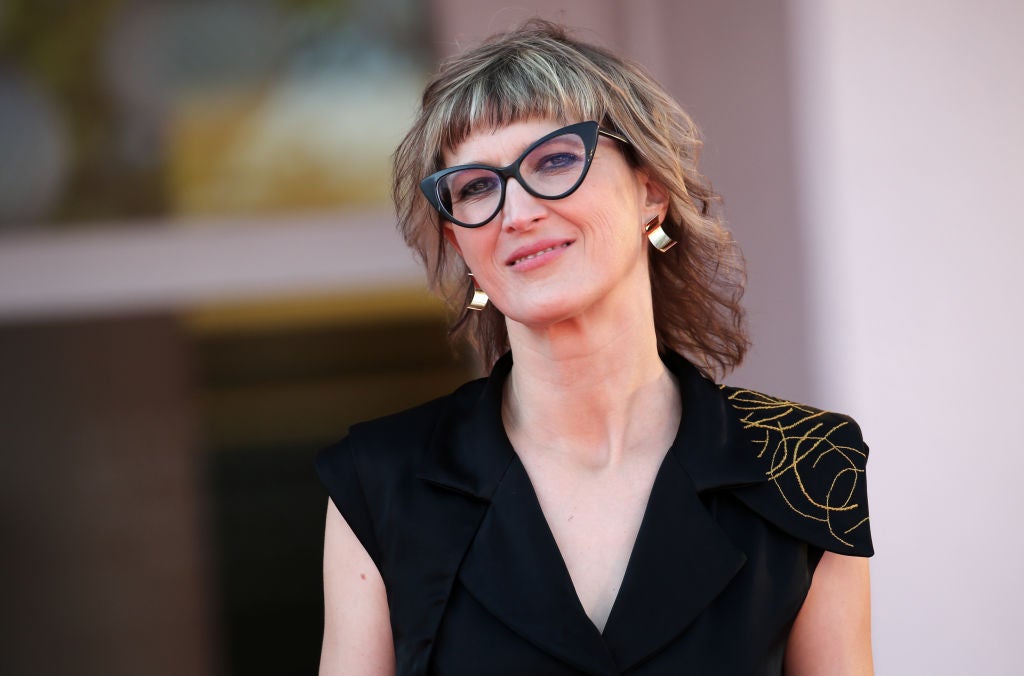 Quo Vadis, Aida? tackles one of the most harrowing war crimes in history, the 1995 massacre of Srebenica, a Bosnian town where 8372 innocent civilians were murdered by the Bosnian Serb army under the command of General Ratko Mladic. Even then and long before his war crimes trial in The Hague, he was considered a war criminal.

The story is told thru the eyes of Aida, a local who works as a translator for the UN-base run by a Dutch commander. Aida is played by Serbian actress Jasna Đuričić. As the go-between her own people – and family – and the political powers, she has some “Sophie’s Choice” decisions to make.

Director Jasmila Žbanić, 45, who won the Golden Bear in Berlin in 2006 with her debut feature Grbavica, was barely 21 when she herself was trapped in Sarajevo, a city under siege during the Balkan war. Quo Vadis, Aida? is shot by DP Christine A. Maier. An interview with the director about her Venice 2020 competition entry:

The way the film is shot is very much an in-your-face style. Was that the intention?

Not at first. I always wanted to tell the story of Srebenica. And it is very important that the audience follows a character they want to identify with. Srebenica was a very interesting story, even before July 11, 1995. It was a city under siege.

How did you research the story?

When I started I had mostly Bosnian sources and I talked to a lot of victims. And I got this view of Dutch soldiers who could have done something and didn’t. And they didn’t have any empathy. And then I went to the Netherlands and spoke with some of them, some of them were18 year-olds that were completely lost, they didn’t know where they came to, why they came. And then my perspective changed, because of them. I think that it is a big trauma for many of them, they are sincerely sorry for what happened. For me, that was touching that we are connected in this weird way.

What did you think about the women you interviewed?

So many women of Srebenica go back every year and commemorate there and do things to keep the memory alive, which I find so incredible. We are talking about women that were not educated, women from the villages around there. And I wanted to know what it means to return and to live with people who were perpetrators. I wanted to know what it means to have a connection with both times, July 1995, and the future. It was important that the main character is a teacher because this is the question that interests me: how can we go on after genocide? How do we tell the children? And what will they become? Will they be soldiers like their fathers, or will they open their eyes to a different perspective?

Do you want this atrocious event to stay alive? Has it been forgotten?

Not there. In Bosnia, everyone thinks they know everything about Srebenica. Often politicians say, oh, it was not genocide. Even the mayor of Srebenica is denying genocide. Everybody finds it important but not many know what really happened. Kids in school don’t learn anything about that war, I mean Bosnians, Serbs, Croats. Or they learn something that is very ideologically colored and doesn’t fit the facts. A lot of people don’t want to tell stories about the past, they want to look towards the future. After the second world war, many stories got suppressed because people wanted to look to a better future. And then those wounds got opened and the blood was still there. For me, the way to live together is to open all mass graves, to write all the facts, to put war criminals where they belong, and then see how to build a future together.

Is that happening in Bosnia in your opinion?

The problem in Bosnia is that the government is very divided. They want this tension to keep going on. They are all war profiteers.

We are watching this story through female eyes. How important was that for you?

When we needed a tank on the set, we were struggling a lot because we didn’t have permission from the Ministry of Defense. And when we got it, all my crew, mostly men, went to take photos with the tank. And everyone said to me, come, come take a photo! And I said, no, I am not taking a photo with a killing machine. And they were suddenly, aha, you are right. These men have this attraction to boy’s toys and boy’s games.

What message would you like this film to convey?

That we are all human beings that sometimes don’t see human beings in front of us. This story is not just about Srebenica but much more universal. It’s everybody’s problem. 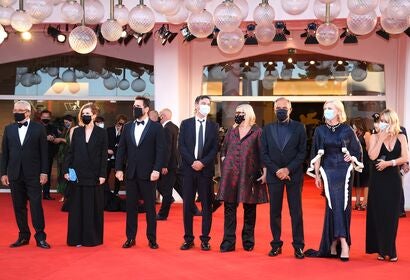