by Elisabeth Sereda January 26, 2016
Share on FacebookShare on TwitterShare on PinterestCopy URL 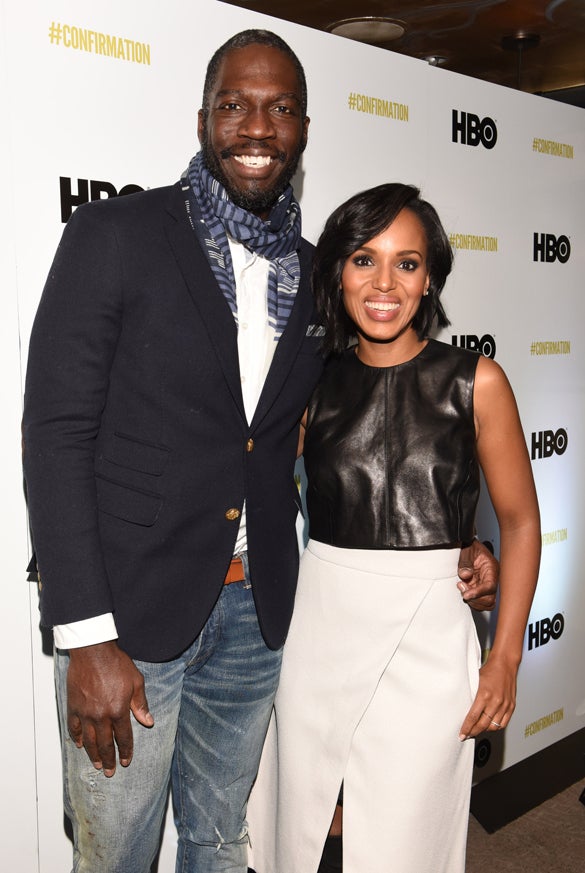 Kerry Washington flew into Park City for just a few hours on Saturday night for an exclusive HBO dinner at new restaurant Tupelo on Main Street to promote her upcoming HBO film Confirmation. The actress stars as attorney and law professor Anita Hill, the former assistant of Clarence Thomas, who testified against him for sexual harassment at his 1991 Supreme Court confirmation hearings.

Looking stunning (even if not really dressed for the heavy snow that fell over the weekend) in a black leather top by Jiohny, white Tibi skirt and Stuart Weitzman boots, she talked about the experience over a plate of beef and vegetables: “We intentionally wanted to make a complicated movie that really shows both sides. And how these two people’s lives were ruined by the political machine.” Washington had full access to the real Anita Hill to help her prepare for the part. Her co-star Wendell Pierce had no such luxury: “We approached Clarence Thomas but never heard back”, said Washington, who is also one of the film’s producers. The cast and crew took a sexual harassment class before filming began: “I felt a huge responsibility to get this story right in terms of gender and race”, she said, adding that she felt inspired by the impact the case had on victims’ rights.

A long version trailer was shown during the dinner as the conversation turned to the subject of how much or how little has changed in the 25 years since the Anita X Clarence story came to light.

Greg Kinnear plays now Vice-President and then Senator Joe Biden, who conducted the hearings. All three principals bear an uncanny resemblance to their real life counterparts- the cast includes Jennifer Hudson, Grace Gummer, Erika Christensen, Eric Stonestreet and Jeffrey Wright among others. Directed by Rick Famuyiwa (who made a big impression with his feature Dope just a year ago here at the Sundance Festival) and written by the Oscar-nominated screenwriter of Erin Brockovich, Susannah Grant, Confirmation will start airing on HBO in April. 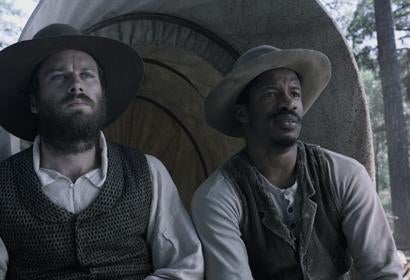