by HFPA August 30, 2014
Share on FacebookShare on TwitterShare on PinterestCopy URL

In a personal letter to HFPA President Theo Kingma, Martin Scorsese, the founder and chairman of the Film Foundation, thanked 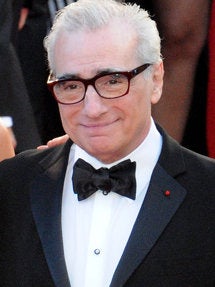 the HFPA for supporting the restoration of classic films through generous funds. Because of your passionate commitment, writes Mr Scorsese, future generations will experience a wealth of cinematic treasures that would otherwise have been lost. Since the 1990s the Film Foundation has been the major beneficiary of the HFPA’s charity funds which since added up to a total of $ 20 million. Scorsese: Over the past 18 years, the HFPA has saved more than 80 feature films, an extraordinary cinematic legacy. This year the HFPA donated $ 350,000 to The Film Foundation an amount necessary to repair many damaged films or to save 2 to 3 feature length films from deterioration or destruction and to fully restore them to their original quality. The complexity and cost of a restoration varies widely according to the condition of the film, its length, and the unique technical specifications of the film according to the Film Foundation. Generally, the cost of a black and white feature film with sound ranges from $50,000-$100,000. For a color feature with sound, the costs can range from $80,000-$150,000. Martin Scorsese who articulated The Film Foundation’s mission statement - Movies are the memories of our lifetime. We need to keep them alive – thanked the HFPA for the commitment to film preservation: Enormous thanks for being a true champion of the cause.