by Elisa Leonelli November 26, 2018
Share on FacebookShare on TwitterShare on PinterestCopy URL 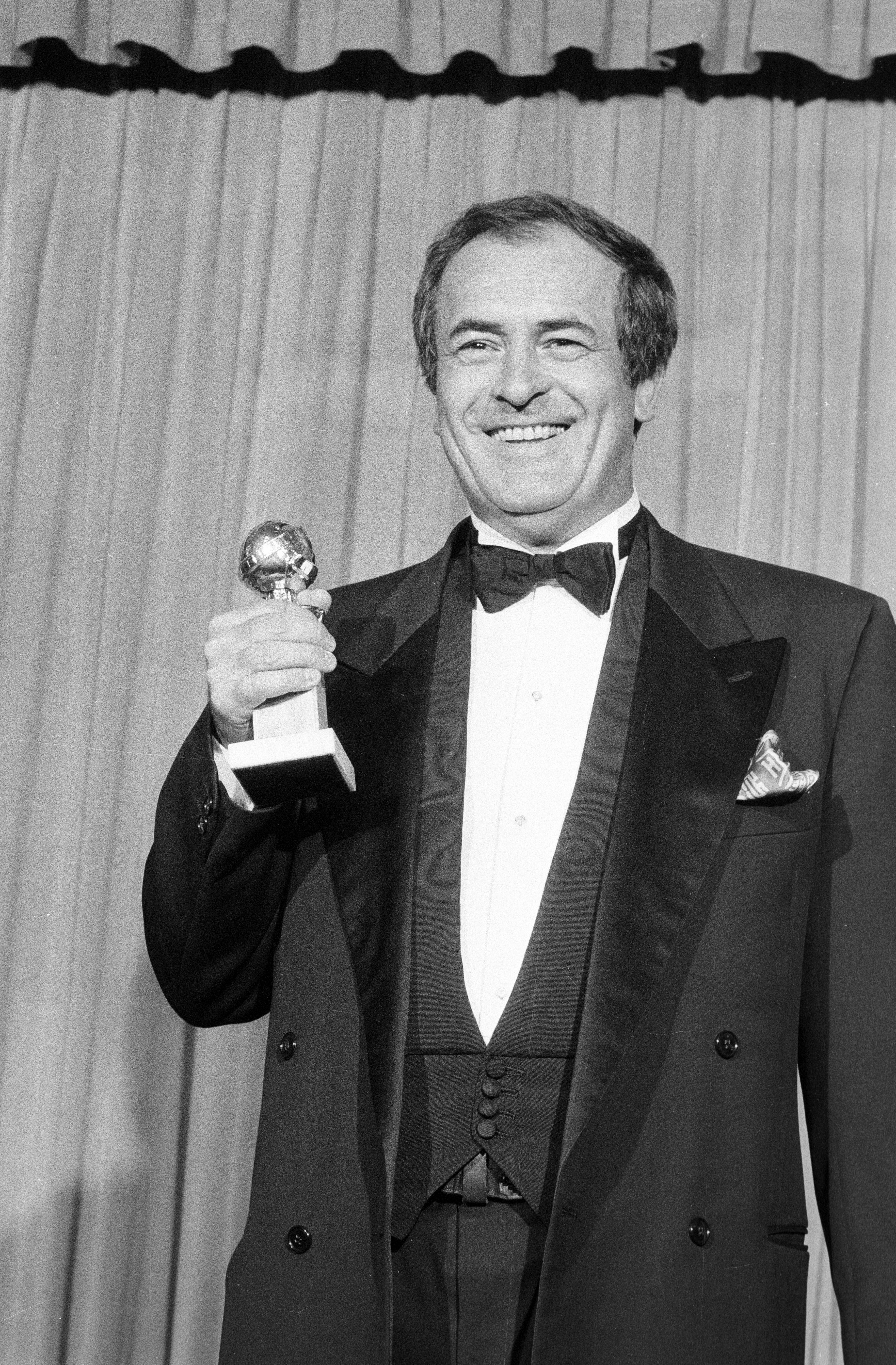 Bertolucci with his Golden Globe for Best Director for The Last Emperor, 1988.

Writer/director Bernardo Bertolucci, one of the great figures of 20th-century Italian cinema, passed away on November 26. Having started his career as an assistant to Pier Paolo Pasolini he was the last representative of the country’s post-neorealist cinema which produced authors like Federico Fellini and Michelangelo Antonioni. Younger than those masters, Bertolucci nevertheless embodied film as artistic expression on a grand scale as well as social and political vehicle. He transcended borders winning accolades in Cannes, Venice, the Academy Awards as well as five Golden Globe nominations, winning twice (Best Screenplay and Best Director for The Last Emperor, in 1988). The Hollywood Foreign Press Association salutes his passing.

Bernardo Bertolucci was, at least for the last decade, arguably the most famous Italian director. An auteur in that country’s great cinematic tradition he followed in the steps of Visconti, Fellini, Antonioni, and Pasolini as a major practitioner of the form, in a period in which Italian cinema blazed an artistic trail. Pier Paolo Pasolini, in particular, served as a mentor on his first film, La Commare Secca (1962) and like Pasolini, he – an admirer of Jean-Luc Godard - would become a seminal figure in avant-garde experimentation in the sixties and a principal author of political cinema.

In 1964 he directed Before the Revolution (Prima della Rivoluzione), The Spider's Stratagem (Strategia del Ragno) followed in 1969 and the following year The Conformist (Il Conformista) based on an Alberto Moravia novel and starring Jean-Louis Trintignant, would establish him as a major voice in modern cinema. “I’m not a historian,” he told the HFPA,  “I’m a storyteller, my movies are always about the destiny of one individual character and the destiny of the country, so you have history, which is the background, Italy in the 1903s, and then you go on the close up of a person, which is fiction.”

He created a scandal with the sexually explicit The Last Tango in Paris (1972), starring newcomer Maria Schneider and a middle-aged Marlon Brando.  “In my memory, Marlon is a mountain of magic,” he recalled.  “I had a crush on him because I had never had in front of my camera somebody as powerful, as fatally tragic.  I felt in a very instinctual way that maybe he was playing a last American character of Arthur Miller or Ernest Hemingway living in Paris 30 or 40 years after they did.”

In 1975 he would film what many consider his lengthy masterpiece:1900 (Novecento) starring Robert De Niro and Gérard Depardieu, a Marxist history of Italy from the beginning of the 20th century until 1945.  “I am talking about two young people, the landowner, and the peasant,” he explained at the time. “De Niro’s mirror image is Depardieu. I've often done movies about characters who are doubles, I must be a bit schizophrenic.  Bob is Italian-American, so maybe he knew about Southern Italy, like many Italians in New York, but he had never heard about Northern Italy, so he was a bit anxious and asked for many explanations before a shot. Depardieu was very instinctive, he didn’t need any words from me, he just needed me to kick him in the behind to get on stage.”

Bertolucci directed Luna (1979) with Jill Clayburgh and Tragedy of a Ridiculous Man (La Tragedia di un Uomo Ridicolo, 1981) with Ugo Tognazzi.  “A director must be a general,” he said,  “but also a spy and a witness, an orchestra conductor and a psychoanalyst, a radiologist and an actor.” 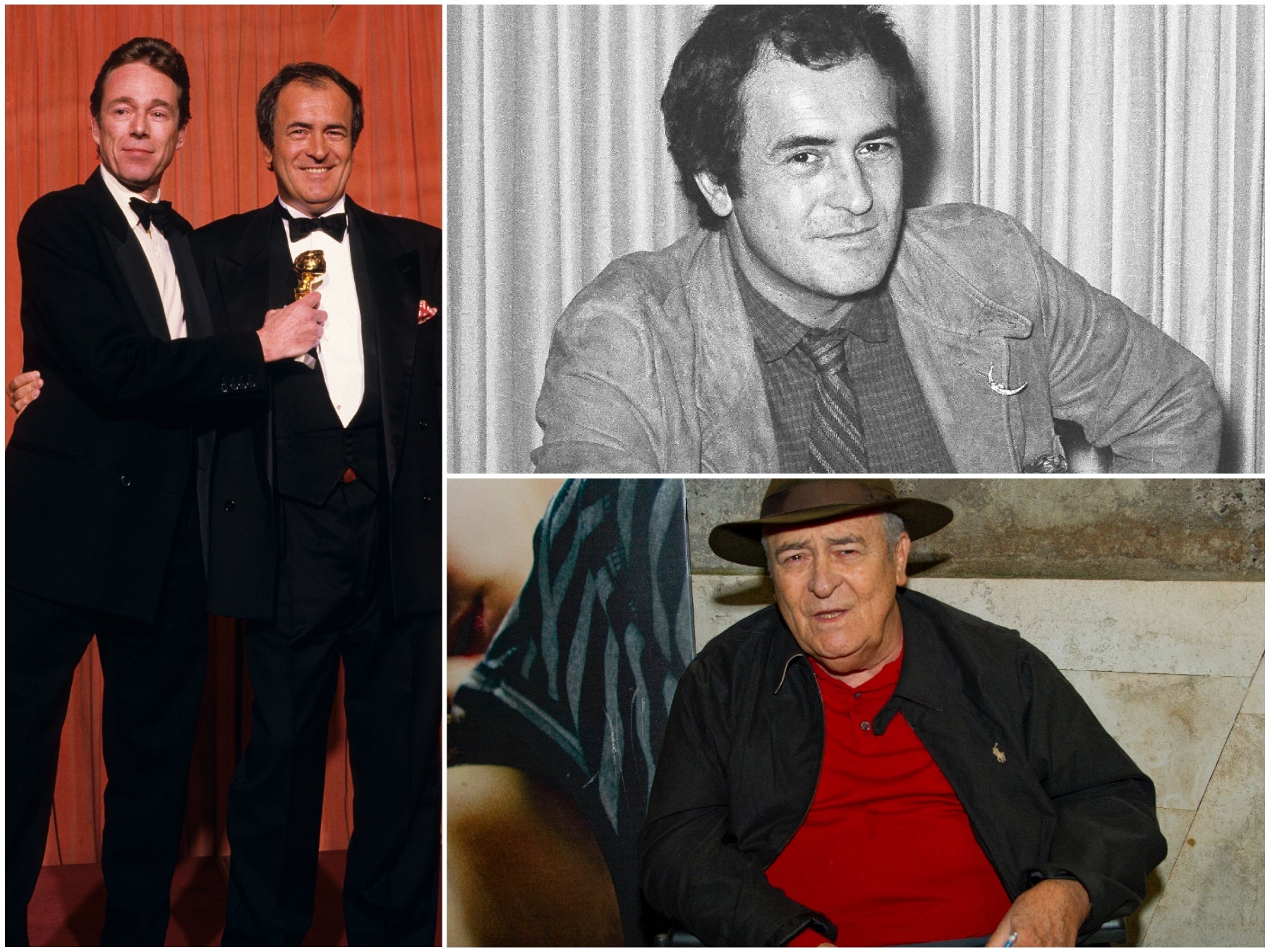 In 1987 the epic The Last Emperor earned him his two Golden Globes out of a total of five nominations. The film would make history and win Bertolucci Globes for directing as well a screenwriting, before going on to glory at the Academy Awards.  “I had such a love story with China when I went there the first time I was completely ignorant,” said the lifelong committed communist. “And every day I was discovering a new universe, a completely unknown planet because in 1984 China was still quite close and distant.  My attitude was very modestly to go and learn, like going to school, because it's a 4,000 years culture and we don't know anything about it. For two years we traveled back and forth with my writer five times, meeting as many people as possible, who were witnesses to this story in some way, and also people in general, intellectuals, politicians, artists. But three years are not enough to understand a country like China, the more you know, the more the mystery becomes big, which is very strange.”

The Sheltering Sky (1990) with Debra Winger and John Malkovich is about the end of a marriage. “The wonderful book by Paul Bowles is very literary, there are pages and pages of thoughts, interior monologues,” mused the director. “I wanted to dive into the hell of a love story using the body language of the two actors more than the words, the sensuality of this couple, and also use the landscape of the Sahara desert not as a pure background, but as part of what happens between them.” In 1993 Little Buddha concluded the director's Oriental Trilogy by presenting the story of Prince Siddharta (Keanu Reeves), who achieved enlightenment to become the Buddha in ancient India.  “After the fall of the Berlin wall, many of my ideals had fallen with it.  It was right to dissolve the Soviet Union, too many people were suffering, but I was afraid this marked an end to my utopian dreams.  I then realized that Buddhism was in continuity, not contradiction, with my previous beliefs, because it’s a philosophy more than a religion. Man, not God, was at the center of the universe for Buddha, as for Marx and Freud, which is what I've always believed.”

Bertolucci then directed a movie set in Siena, Italy, Stealing Beauty (Io Ballo da Sola) with Liv Tyler, and Dreamers (2003) set in Paris during the May 1968 demonstrations.  “I had made films that were national, in fact almost regional, but then I moved on to another phase; you can't always be repetitive and I love surprises.  I still think that The Last Emperor is a typical example of Italian cinema, because it's absolutely melodramatic, like Giacomo Puccini’s opera Turandot. I made Sheltering Sky in Morocco and Little Buddha in Buthan and Nepal.”

Bertolucci’s last film, Io e Te (2012), was a chamber piece with only two actors in a room, a restricted environment that reflected the limitations that Bertolucci, confined by then to a wheelchair following back surgery, himself faced.  When HFPA journalists last spoke with him, in Rome in 2012, his political savvy was evident. “We are in a strange, delicate and confused political moment, where traditional parties are completely rejected by Italian citizens, so there are other people coming out from a non-political background, like Beppe Grillo, a comedian from Genova, who has an enormous following. 20 years of Berlusconi-owned television in my country have flattened many brains, sort of anesthetized people, so it will take some time to correct the damage.”

The Bari Film festival honored Bertolucci in 2018 with the Federico Fellini Award for Cinematic Excellence, a Masterclass, and the world premiere of a restoration of Last Tango in Paris. He said at the time: “I chose Marlon Brando after the refusals of Jean-Luis Trintignant, who didn’t want to act naked, of Jean-Paul Belmondo, who considered the film pornographic, of Alain Delon, who would only agree if I made him a producer, for me an unacceptable conflict of interest."