by Yoram Kahana February 15, 2019
Share on FacebookShare on TwitterShare on PinterestCopy URL 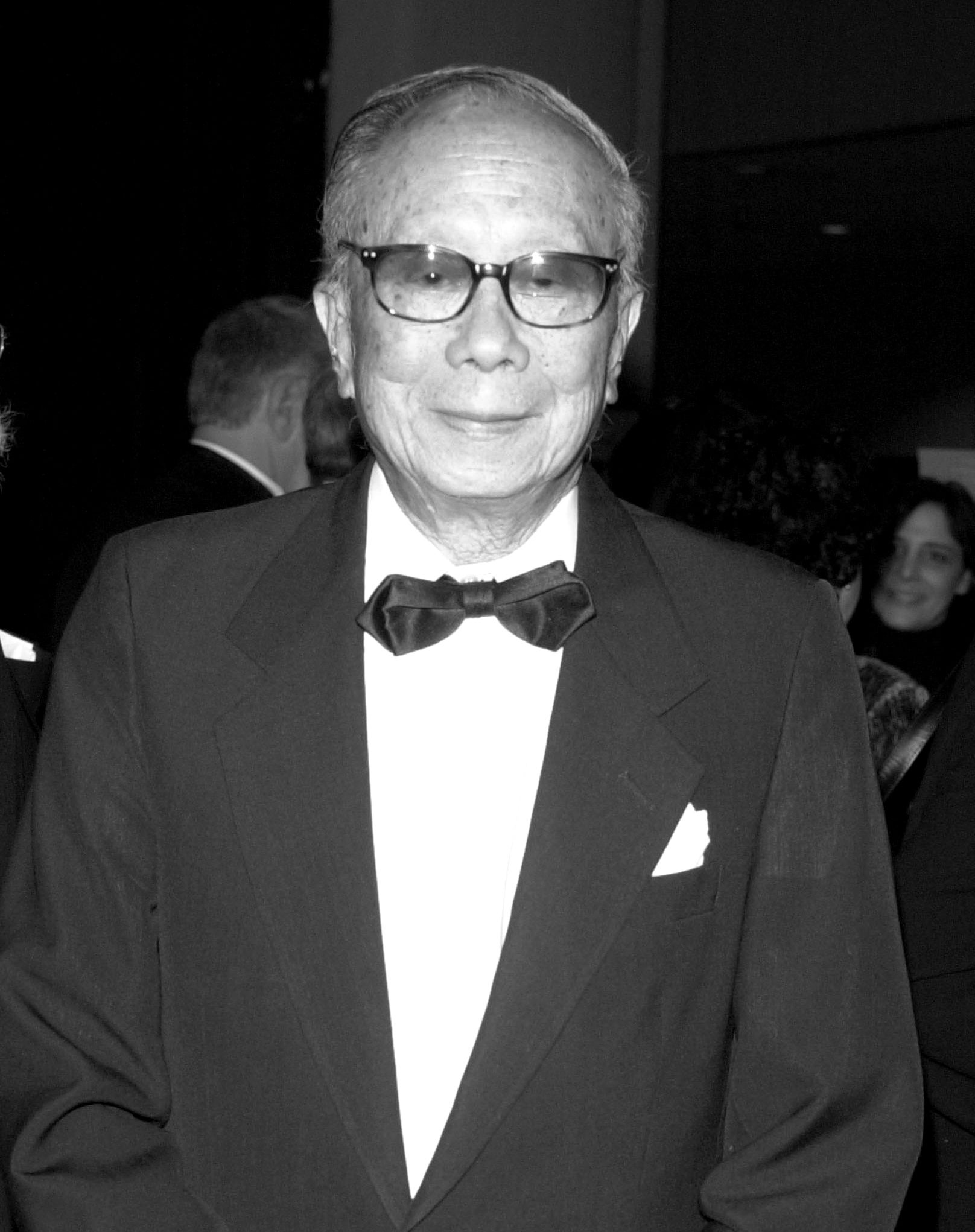 C.Y. Lee attends the premiere of the 2002 production of Flower Drum Song in New York.

Flower Drum Song, which was nominated for a Golden Globe for Best Film-Musical, (a separate category at the time) was a landmark in the long and painful cultural struggle for representation of Asian characters in Hollywood movies by Asian actors, and not by non-Asian in a practice known as 'yellowface'.

Since the very beginning of Hollywood non-Asian actors have been cast to play Asians. In the 1915 silent film adaptation of the opera Madame Butterfly, Mary Pickford, a white Canadian, played the title role of the Japanese Cho Cho San, a submissive Asian woman who pines for the love of a white man. In the 1937 film adaptation of The Good Earth, about a farming family in China, the leading couple was played by Louise Rainer and Paul Muni. Boris Karloff played the evil Asian in The Mask of Fu Manchu (1932), and non-Asians also played good guys, such as detective Charlie Chan (1931-1981), portrayed by the Swedish Warner Oland and the English Peter Ustinov.

Major Hollywood stars applied yellowface to portray Asians: Katharine Hepburn in Dragon Seed (1944) who played a Chinese villager resisting the Japanese invaders; John Wayne, who was the 11th century Mongolian warrior, Genghis Khan, in The Conqueror ; and Yul Brynner, the ruler of Siam in The King and I (both 1956). In 1961 Mickey Rooney played a Japanese businessman in Breakfast at Tiffany's, arguably the worst yellowface ever, a vaudevillian caricature, bucktoothed and myopic.

One main reason for casting non-Asians was the motion pictures industry's self-censorship. The Hays Code prohibited depiction of interracial relationships and actors of different races could not perform in romantic or marital roles. The Code was finally challenged at the end of the 1950s. Sayonara (1957) had two white American officers stationed in Japan during the Korean conflict (Marlon Brando and Red Buttons) falling in love with Japanese women. The movie was acclaimed by the HFPA and the Academy, gathering six Golden Globe nominations and winning two. Just the previous year Marlon Brando had himself played an Okinawan farmer in Teahouse of the August Moon, one of the more infamous instances of ethnic appropriation.

The zeitgeist was beginning to change and Flower Drum Song (1961) was the first major Hollywood movie with an all Asian cast, including the leads. It was also the only one until The Joy Luck Club (1993), released some 32 years later, and overlooked by the HFPA.  A quarter of a century after that came Crazy Rich Asians (2018), which was nominated for two Golden Globes.

C.Y. (Chin Yang) Lee, the author of the groundbreaking Flower Drum Song died last November, at 102, but the family announced it publicly only now. He was born in China, the youngest of 11 children of a rice farmer and came to New York as a student during World War II. He settled in San Francisco, wrote a dozen novels during his 70 years long career. His first, Flower Drum Song, remains his best-known book. It explored generational conflicts in the Chinese immigrant community in San Francisco's Chinatown, as reflected by the tension between an immigrant father and his American born son. 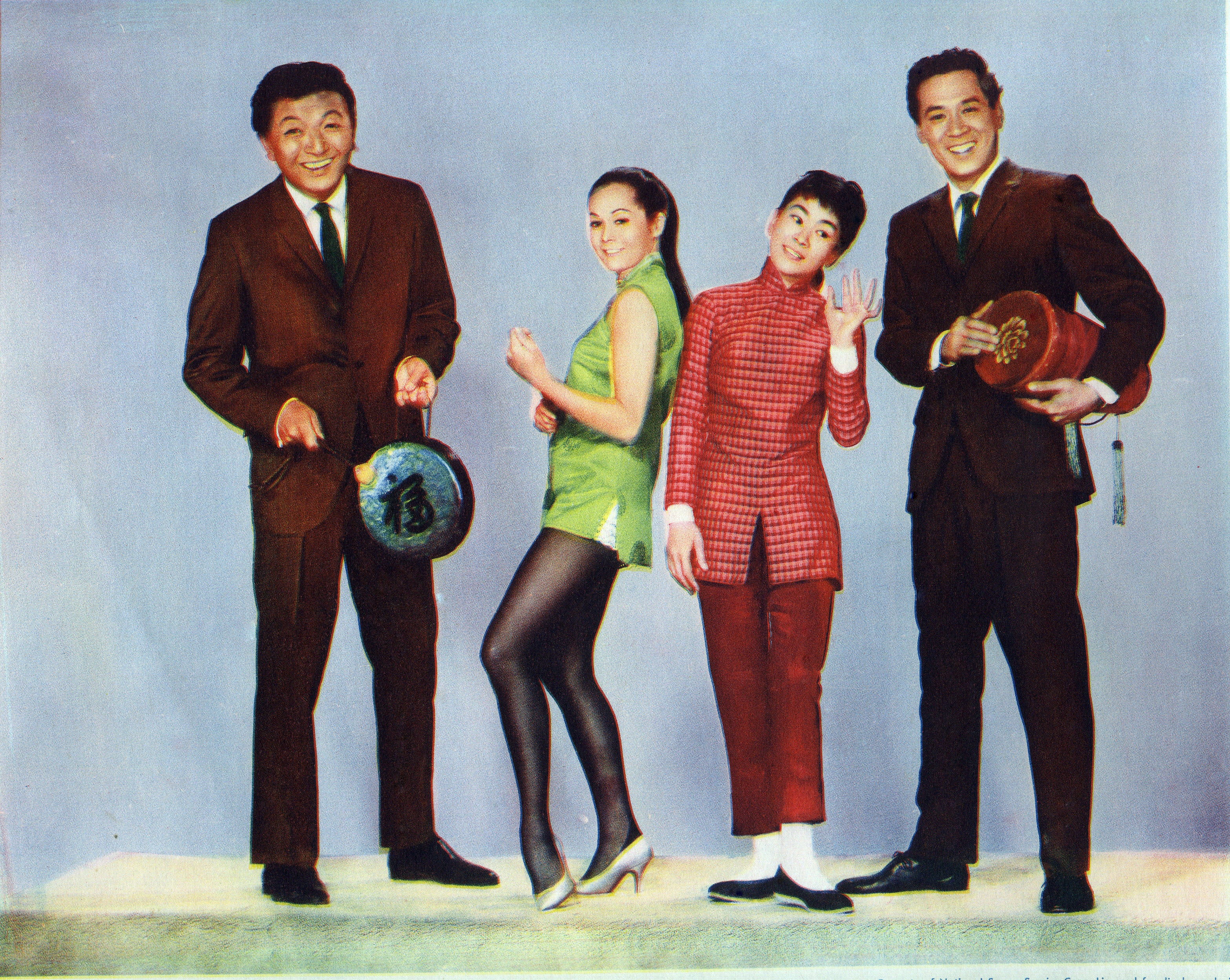 The book was turned down by every major publishing house until Farrar Strauss bought the rights. It shot up the best-seller list and the Broadway team of Richard Rodgers and Oscar Hammerstein II adapted it for the stage. Their musical comedy, directed by Gene Kelly, ran for two years on Broadway, received several Tony Award nominations, and was the first mainstream play about Asians to feature a mostly Asian cast.

Japanese American actress Miyoshi Umeki was the stage lead, the intended 'picture bride' in the story. She repeated the role in the 1961 movie version opposite James Shigeta playing the son. Nancy Kwan was the seductive other woman. Umeki was nominated for a Supporting Actress Golden Globe earlier for Sayonara and was nominated again for Flower Drum Song.

Lee kept writing and publishing, but never duplicated his success. Flower Drum was revived in 2002 by the Asian American playwright David Henry Hwang, author of the Tony Award-winning drama M. Butterfly. Hwang said in an interview that “It was the only place on television where you could see Asians acting like Americans( ... ) so growing up, the musical represented one of the few positive portrayals of people that looked like me. It was kind of a guilty pleasure and one of the only big Hollywood films where you could see a lot of really good Asian actors onscreen, singing and dancing and cracking jokes.''

Hwang's revival had a new, more nuanced libretto, closer to Lee's original which, Hwang said, portrayed Asian women for  the first time in American popular culture as “complex, fully human characters.” It was a hit in Los Angeles and on Broadway and triggered a re-issue of Lee's novel. In a foreword, Hwang wrote  that when he first read the book, it was like “discovering a long-lost ancestor, a forgotten branch of my family tree, a missing piece of literary history for which I felt particular affinity.... ( This novel is an) Asian American classic.”

Lee, always modest, told an interviewer:  “I never thought of it that way. I was just delighted if I could sell anything.” 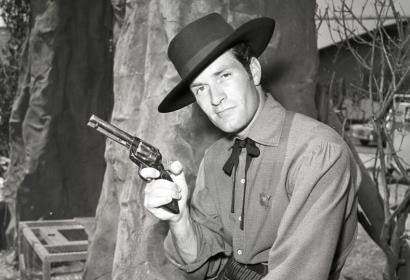