by Philip Berk August 2, 2019
Share on FacebookShare on TwitterShare on PinterestCopy URL 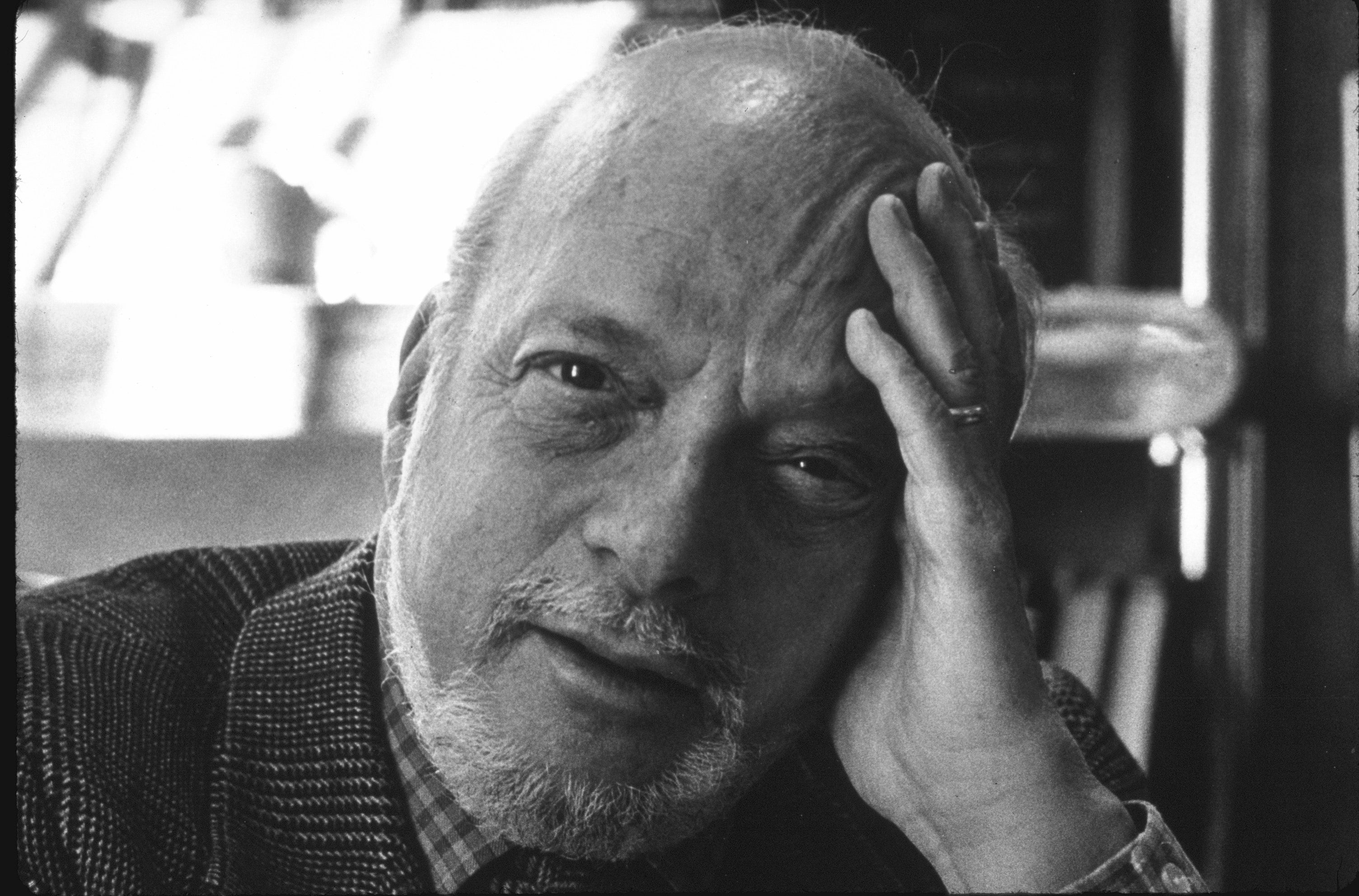 The theatre world mourned the death of Harold Prince but celebrated the monumental life. The producer may never have won a Golden Globe but this giant of the theatre was responsible for the original stage productions of innumerable Broadway musicals that went on to win countless Golden Globes in film form, including Fiddler on the Roof which won Best Picture and Best Actor for Topol; Cabaret, which won best picture, actress and supporting actor for Liza Minelli and Joel Grey. West Side Story won Best Picture, Best Director and best supporting actor and actress, for George Chakiris and Rita Moreno.

Prince began his career as a stage manager working with Broadway legend George Abbott. His first attempt at producing hit the jackpot: Pajama Game was an overnight smash, and he followed it with Damn Yankees, New Girl in Town, West Side Story, Fiorello, and A Funny Thing Happened on the Way to the Forum, all long-running hits.

He decided to try his hand at directing and even though his maiden effort She Loves Me wasn’t a sizable hit, it won the New York Critics award as best musical and has since achieved classic status. Its source material Ernst Lubitsch’s The Shop Around there Corner. 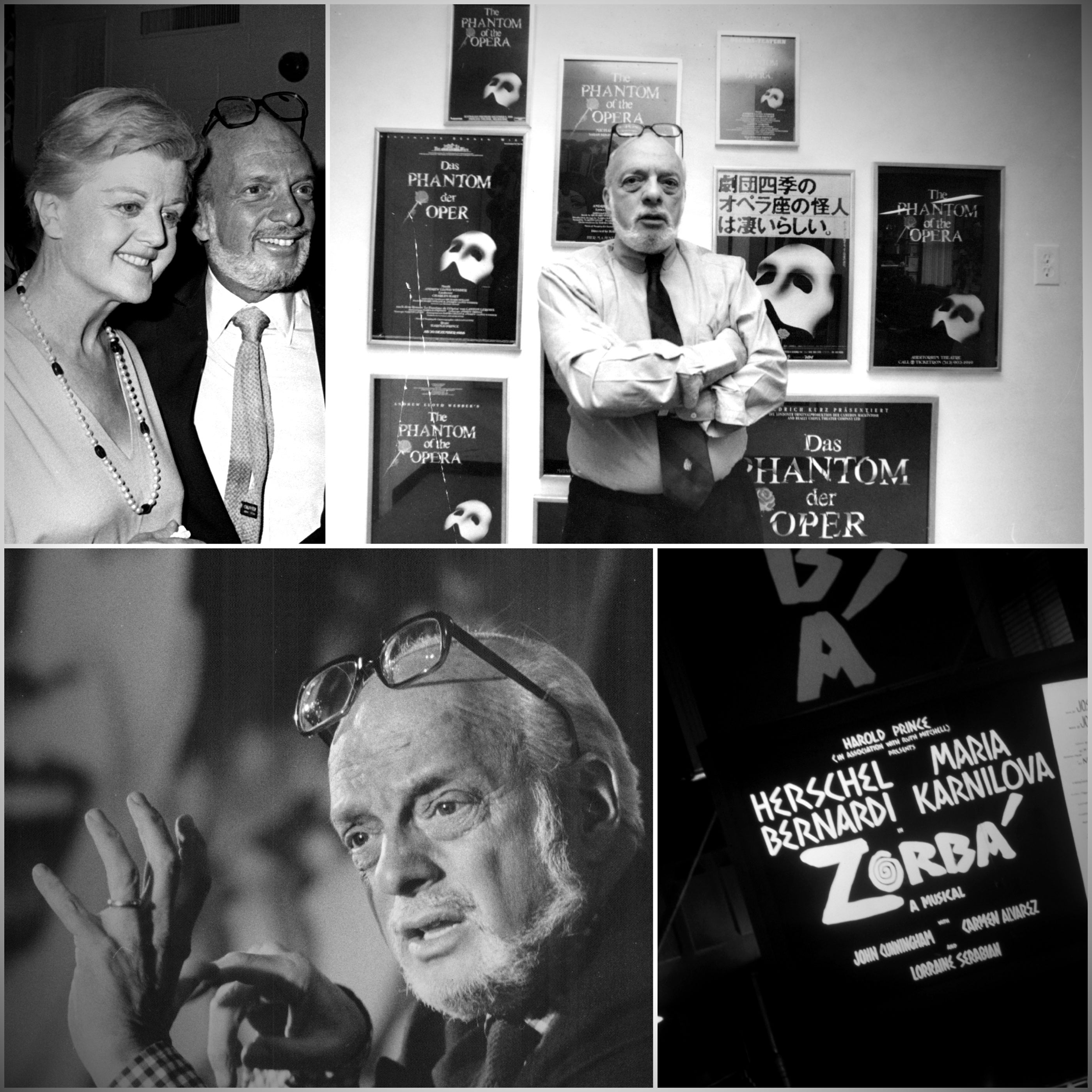 A life in theater: (clockwise from top left): with Angela Lansbury attending the opening of Sweeney Todd on October 25, 1980 at the Kennedy Center in Washington, D.C; in his New York Office,  January 13, 1993; the exterior of the Imperial Theatre showing the marquee for Zorba, directed by Harold Prince circa 1969, in New York City; checking the Canadian production of Cabaret in Toronto, 1980s.

Given a chance to direct Fiddler, he deferred to Jerry Robbins, his West Side Story collaborator, who turned a “too Jewish subject” into one of the best-loved works in the theatre playing to rapturous audiences in every country where there is theatre. He returned to directing with Cabaret which proved equally durable.

A turning point in his career was the start of his ten-year collaboration with Stephen Sondheim. Company was followed by Follies, A Little Night Music, Pacific Overtures, and Sweeney Todd, all award-winning best musicals. Their last ill-fated collaboration Merrily We Roll Along, however,  though boasting one of Sondheim’s best scores lasted only 44 performances and ended that legendary union.

Exit Sondheim, enter Andrew Lloyd Webber. His direction of Evita and Phantom of the Opera made him a very rich man, the latter earning him a special Tony for “the longest-running musical in Broadway history,” adding to the 20 he had won over his career. Subsequent successes were few in number, a revival of Show Boat the one major exception. Along the way, there were many flops, and actors have complained that he was overly controlling as a director.

He twice ventured into movie-making, his second (failed) attempt, making a big-screen version of A Little Night Music (even with Elizabeth Taylor) cured him of that ambition. But no one can deny he was the most significant theatre personage of the last hundred years. Prince was 91 when he died. He is survived by his wife of 56 years, a daughter, a son and three grandchildren.

We all owe him a debt. 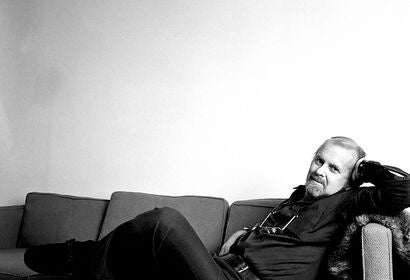