by Yoram Kahana February 20, 2018
Share on FacebookShare on TwitterShare on PinterestCopy URL 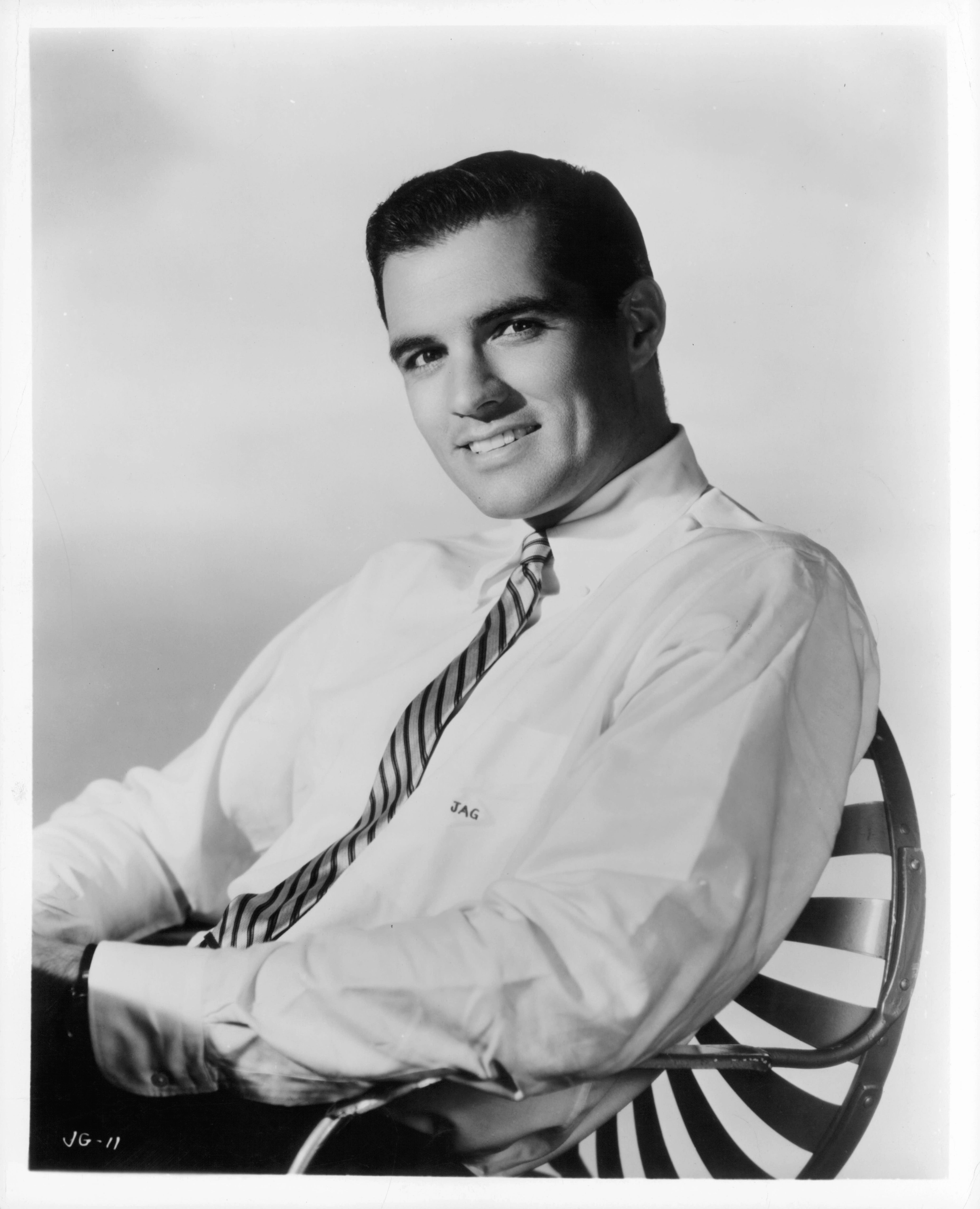 John Gavin, recipient of the HFPA's Most Promising Star award has died, age 86.

After a short run in Hollywood, having been directed by the likes of Alfred Hitchcock, Douglas Sirk, and Stanley Kubrick, Gavin accumulated just two acting awards in his life, both in 1959, and both not for his acting chops, but for being the most promising new actor of the year. That was a Globe category that was discontinued in 1983, and Gavin earned it for his starring role in the 1959 drama A Time to Love and a Time to Die, based on the 1944 anti-war novel by Erich Maria Remarque, of 'All Quiet on the Western' Front fame - and directed by melodrama master Douglas Sirk. Showing the human side and suffering in Germany, the film caught the zeitgeist 13 years after the Nazi defeat and the reconstruction of the former enemy.

A Time to Love and a Time to Die was nominated for a Globe in another discontinued category, Best Film Promoting International Understanding, in which director Sirk had won his own Golden Globe two years earlier for Battle Hymn, starring Rock Hudson, a Sirk favorite. Gavin was touted as the new Rock Hudson. He was tall, suave and handsome, but a reluctant and stilted actor. Hitchcock disliked Gavin and called him "the stiff", and critics dismissed him as "wooden".  Gavin agreed. Years later, when another former actor, President Ronald Reagan, appointed him  U.S. ambassador to Mexico, questions were raised in the Senate confirmation hearings. Gavin replied that if the senators were willing to watch any of his movies, "it will convince (them) that I'm no actor".

Indeed, Gavin had never planned to become an actor.

Born in Los Angeles in 1931, his father was a well to do Chilean businessman and his mother came from a prominent Mexican ranching family. He studied economics, Latin America affairs and law at Stanford, and planned to become a lawyer. During the Korean War, he served in the U.S. Navy. Later, producer Bryan Foy, a family friend, was making a movie involving the ship on which Gavin has served. He hired Gavin as a technical advisor and convinced him to take a screen test at Universal Studios, even though Gavin had no acting training or ambition.

His looks won him a contract. Later Gavin explained:"they offered me so much money I couldn't resist".

His first role was a small one, in the western Raw Edge. Three years later he won the lead in A Time To Love and a Time to Die, and with that also his Golden Globe. Director Sirk wanted to cast Paul Newman, but Universal insisted on little-known leads, Gavin and the Swiss Liselotte Pulver. Sirk came to admire Gavin. “He was fresh, good looking, earnest. And he had this little dilettante quality I figured would be quite the thing". 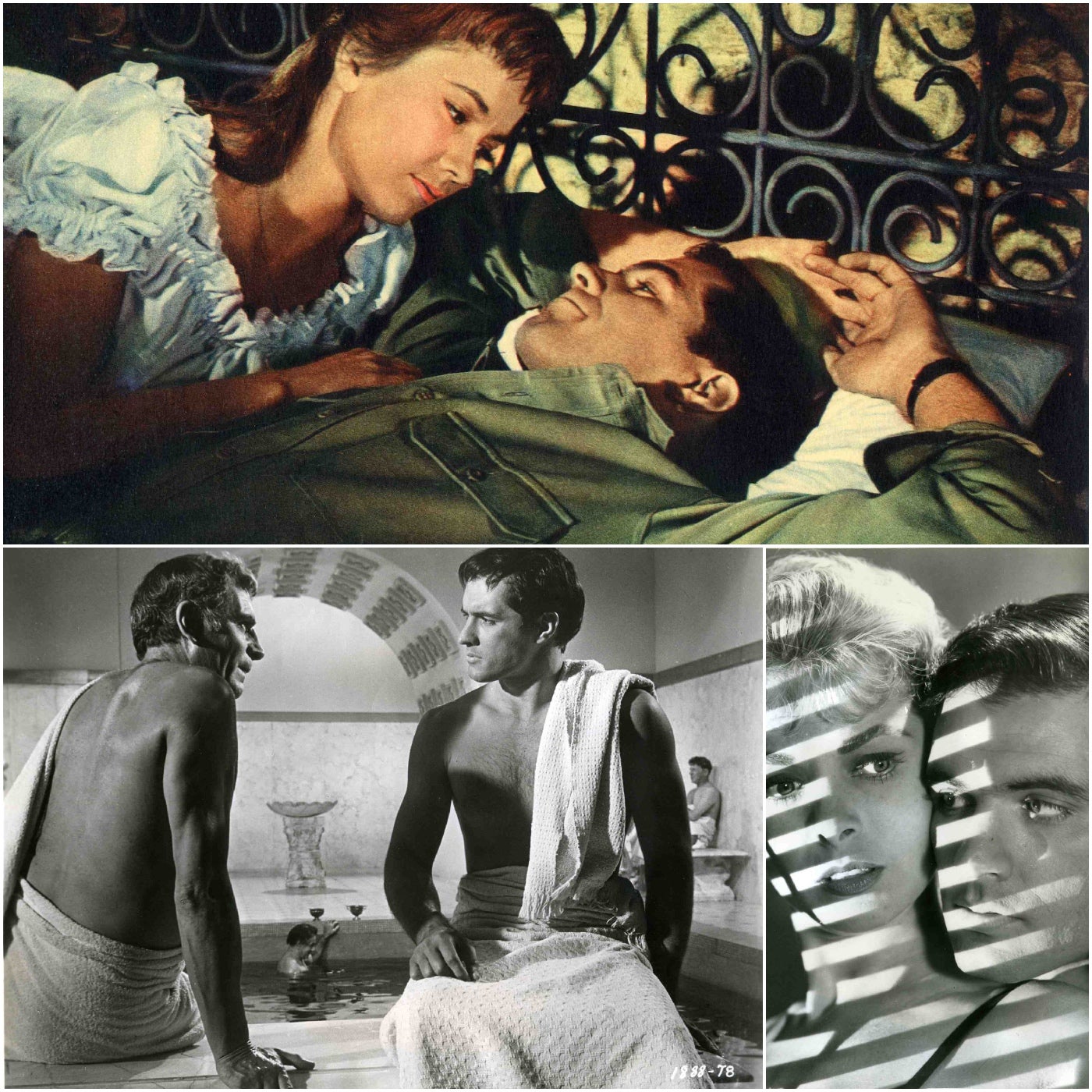 The reluctant star: (top) in A Time to Love and a Time to Die, with Liselotte Pulver; (bottom, from right) with Janet Leigh in Psycho; with Laurence Olivier in Spartacus.

Sirk cast him again in the superior melodrama Imitation of Life as the love interest of glamorous film and stage star (Lana Turner) and her teenage daughter (Sandra Dee).

Universal then foisted him on an unhappy Hitchcock as Janet Leigh's lover in Psycho. Undeterred by Hitchcock's opinion, he was cast as Julius Caesar in the Kirk Douglas starrer Spartacus. Several other features, opposite major female stars followed - Sophia Loren, Doris Day, Susan Hayward and Julie Andrews.

But Gavin's lack of a solid acting ability sent his career into a decline and the inevitable television work: western TV series, Destry (1964), that was panned by critics and lasted just one season; WWII drama Convoy (1965) and guest appearances on other shows.

Twice he was considered as the next agent 007 in the James Bond franchise. First when Sean Connery dropped out after five pictures - but Gavin lost to Australian actor George Lazenby. When the producers decided to drop him after one outing, and film just one more movie with Connery,  Gavin was considered again, as the producers thought that an American lead would boost U.S. attendance- but they again passed on Gavin and chose another Brit, Roger Moore.

His acting career over, Gavin gravitated to politics. He was elected president of the Screen Actors Guild and served as ambassador to Mexico for five years (1981-1985).

Gavin died in Beverly Hills, survived by his two daughters from his first marriage, an actress and a producer, and his second wife, actress Constance Towers.

John Gavin, the reluctant actor and award winner, for a promise not quite fulfilled. 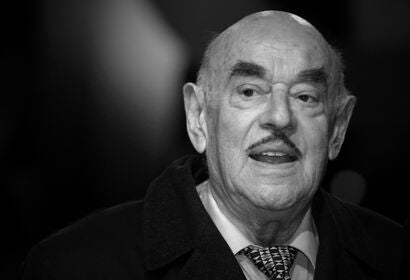