by Elisabeth Sereda July 26, 2020
Share on FacebookShare on TwitterShare on PinterestCopy URL 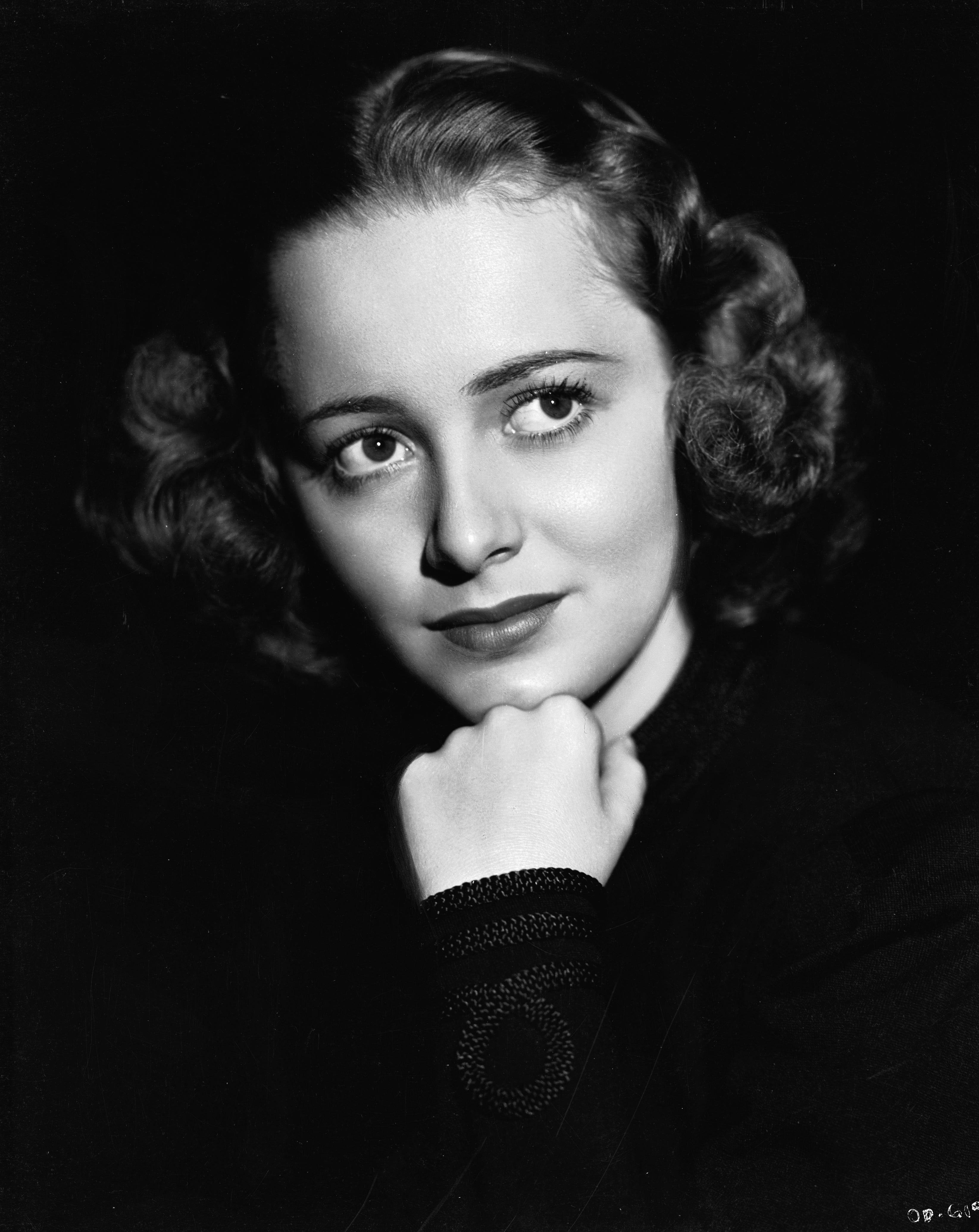 Olivia de Havilland was known the world over for playing the saintly, doe-eyed, soft-spoken Melanie Hamilton in Gone With The Wind, which earned her the first of five Oscar nominations, this one for supporting actress which she famously lost to her co-star Hattie McDaniel. She also won two out of three Golden Globes, the first one for Best Actress for The Heiress in 1950, the second near the end of her career for her supporting role in a series, miniseries or motion picture made for television in Anastasia: The Mystery of Anna. In between, she was nominated for a Best Actress Globe for My Cousin Rachel in 1953. Her very last screen appearance was in 1979 in The Fifth Musketeer and her last TV movie was The Woman He Loved in 1988. She retired to her beloved Paris where she had originally moved to when she married her second husband, French journalist Pierre Galante in 1955. Her first husband was novelist Marcus Goodrich.

She was a truly international star. Born in Tokyo on July 1, 1916, the first day of the battle of Somme in the middle of the first world war, her parents were both British. They moved to California when their daughter was three. Her younger sister was Joan Fontaine who won an Oscar for Alfred Hitchcock’s 1941 thriller Suspicion. It was their mother Lilian who got both her girls into acting. Having studied drama in London but never making it as an actress, she encouraged them from an early age. Olivia, however, loved teaching and won a scholarship to study at Mills College, Berkeley to become an art teacher before fate intervened when she was spotted by one of Max Reinhardt’s scouts while playing Puck in a high school production of Shakespeare’s A Midsummer Night’s Dream. Reinhardt cast her his stage version of the play and later in the film for Warner Bros. The studio immediately signed her to a seven year-deal, and she started her screen career with Errol Flynn with whom she would make eight films altogether: “But we were never romantically involved,” she once said, giving credence to the rumor that Flynn preferred men.

Olivia and her sister reportedly had a competitive and difficult relationship which filled the gossips columns for decades. Joan accused her older sister of psychological and physical bullying in her memoir but denied any animosity later in life: "Let me just say, Olivia and I have never had a quarrel. We have never had any dissatisfaction. We have never had hard words. And all this is press," Joan told an interviewer. Whatever it was between them, it made headlines and sold magazines 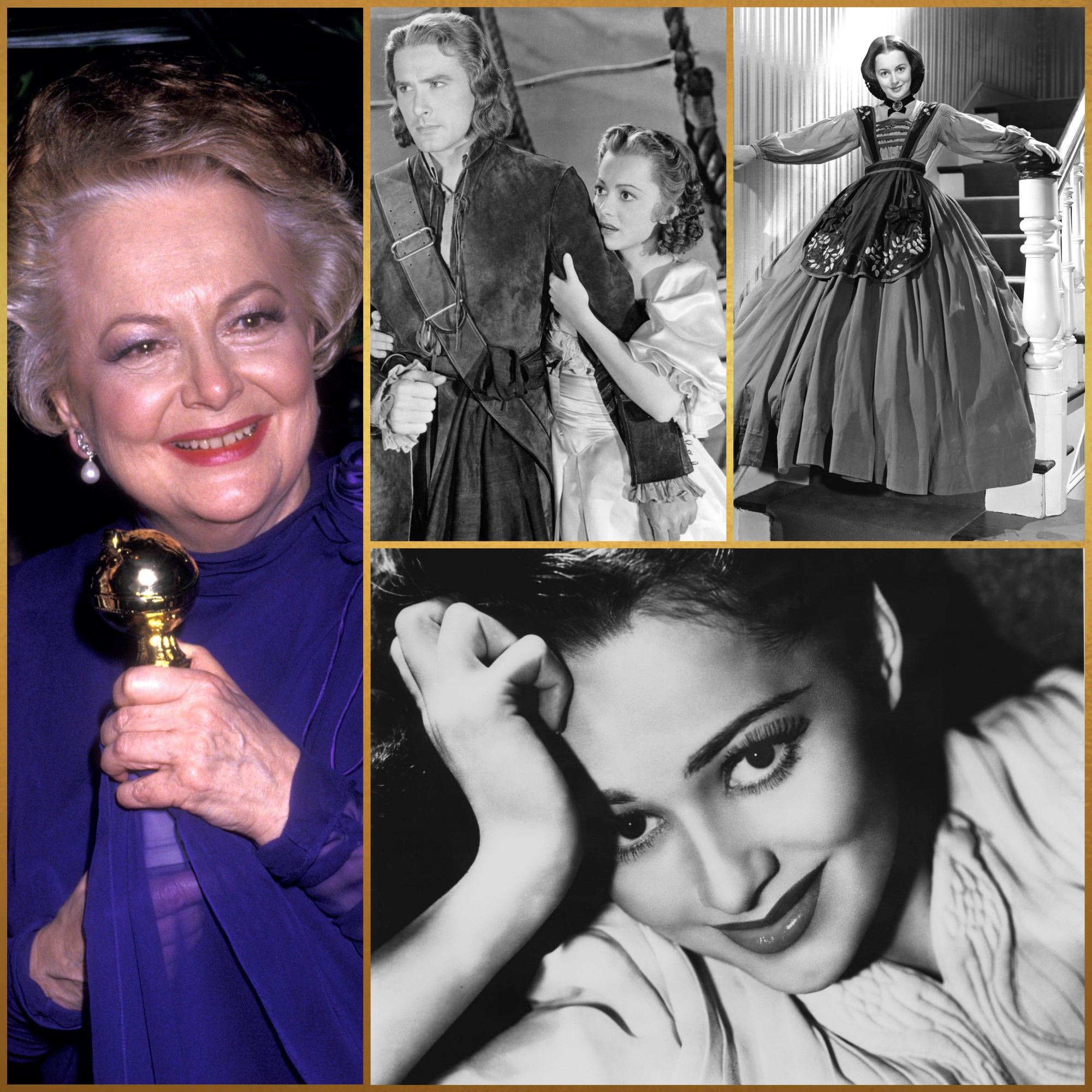 An important fact about de Havilland’s life is that she was behind a judicial case and ruling known as the De Havilland Law when she fought Hollywood’s studio system and its iron grip on contract actors. De Havilland paid for this landmark win with three years of unemployment form the time she sued Warner Bros. in 1943 to her return in 1946 with To Each His Own. Her lawsuit against a broken studio system changed Hollywood forever and generations of actors owe her their creative freedom in choosing roles and being able to be the architects of their careers. It was her feminist stance in an era where women were expected to obey men and in this case studio moguls and consider themselves lucky to be working, that created a new way of doing business for many and disrupted the chauvinist and patriarchal hold that men like Louis B. Mayer, Darryl F. Zanuck and Jack Warner whom she called “Jack, the Warden”  had over actors. “There really wasn’t any doubt about the right decision for me to take,” de Havilland said later. “One of the nice things I thought was, If I do win, other actors, feeling frustration such as I feel, will not have to endure that.” The first two actors who profited from her fight were Clark Gable and James Stewart who negotiated lucrative deals after protesting their contract extension after their military service in World War 2.

Only three years ago de Havilland lost a Hollywood court case when she sued Ryan Murphy and FX over Catherine Zeta-Jones’ portrayal of her in Feud: Bette and Joan. She had claimed the part was unauthorized, but the California courts dismissed her case. That same year, 2017, she was made a Dame Commander of the British Empire by Queen Elizabeth, an honor that made her prouder than any awards and accolades Hollywood ever bestowed on her.

One funny story is about a very famous suitor of hers: the then young naval officer John F. Kennedy came to a party at her house in the 1950s and was so smitten that he could not speak and just stared at her. When he and his friend were about to leave, he resolutely opened at door – to her closet – and all her hats fell on his head. Years later he tried to get in touch with her, but she declined his invitations – he was already married to Jackie.

Olivia de Havilland died peacefully on July 25 in Paris. She was 104 years old. She leaves a daughter, journalist Giséle Galant. 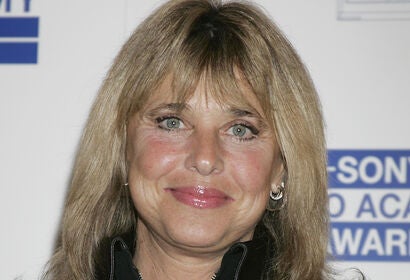