Micheál Richardson on Working with His Father – Liam Neeson

by Scott Orlin August 10, 2020
Share on FacebookShare on TwitterShare on PinterestCopy URL 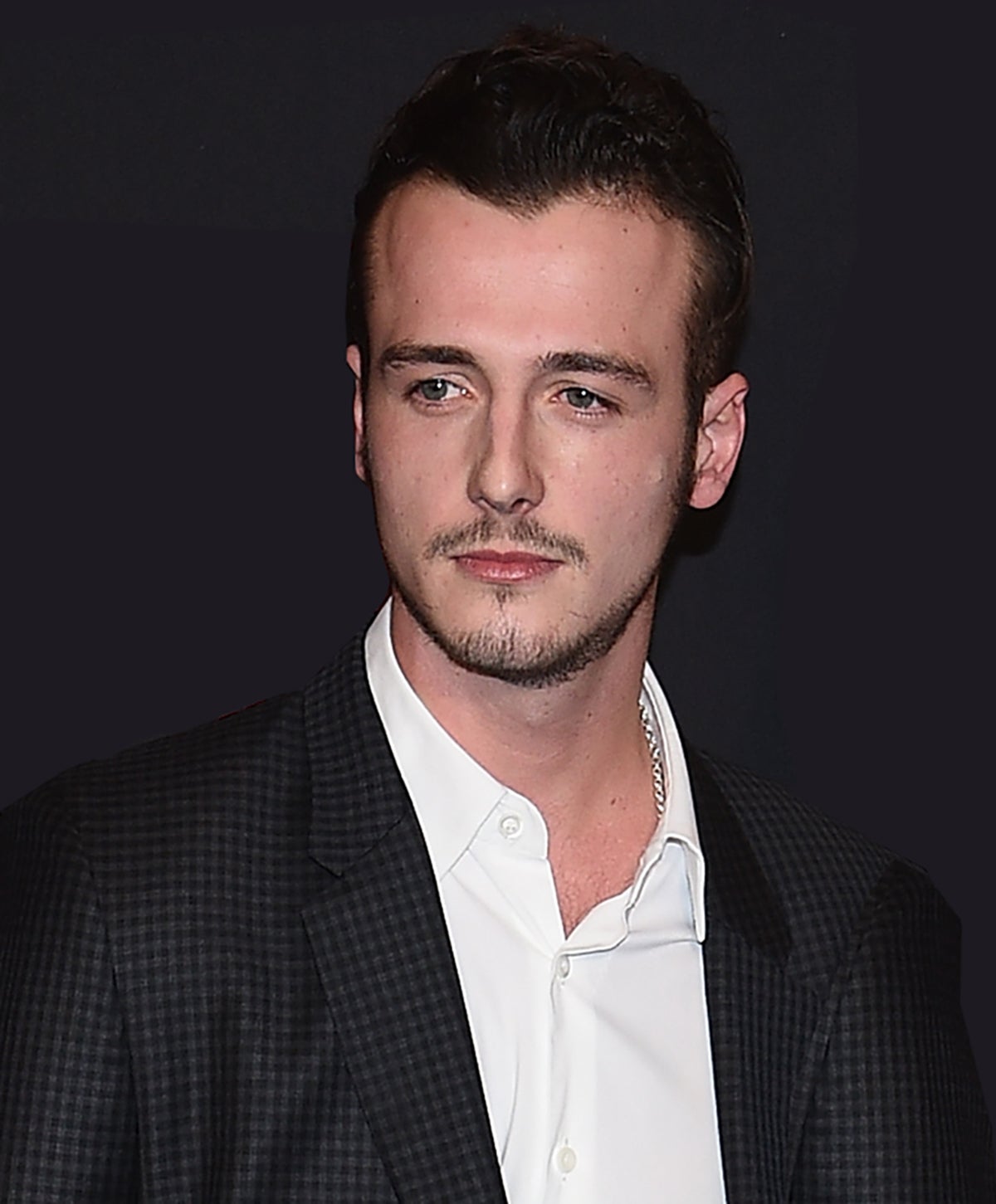 There’s a long dynastic tradition in Hollywood of children following their famous parents into the industry. From Jane Fonda to Jamie Lee Curtis, Kate Hudson to Bryce Dallas Howard, Jeff Bridges to Ben Stiller, many have gone on to varying degrees of renown themselves in the film industry. A recent newcomer continuing this tradition is Micheál Richardson, son of Natasha Richardson and Liam Neeson, who is also descended from the very distinguished lineage of Vanessa Redgrave, his grandmother, Sir Michael Redgrave his great grandfather.

The Dublin born actor is steadily making his way in the business and has appeared in small roles in Cold Pursuit and Vox Lux. Working together with his dad Liam in the touching movie Made In Italy, Micheál decided to honor his late mother by changing his last name to Richardson. Written and directed by James D’Arcy, the story chronicles an estranged father and son who must return to Italy to sell their old rundown Tuscan villa, following the death of the family matriarch.

Your character Jack is an expert in art as he works at this gallery. What is your own relationship to art?

I hadn’t spent much time in art galleries. I love art but am not well versed with the artists themselves. I cannot intellectually talk about the paintings but they have a big impact on me. I was in Paris by myself and walked around the Louvre. There was this all-encompassing feeling of walking and being in a space where you have these paintings and sculptures that had been worked upon 500-600 years ago. It was humbling. I was fortunate that there weren’t that many tourists so it was quiet in this cavernous space. It didn’t feel creepy; it was humbling. Especially when you think that those older artists like Michelangelo and Da Vinci were scientists and thinkers and engineers in their spare time. Art history fascinates me. 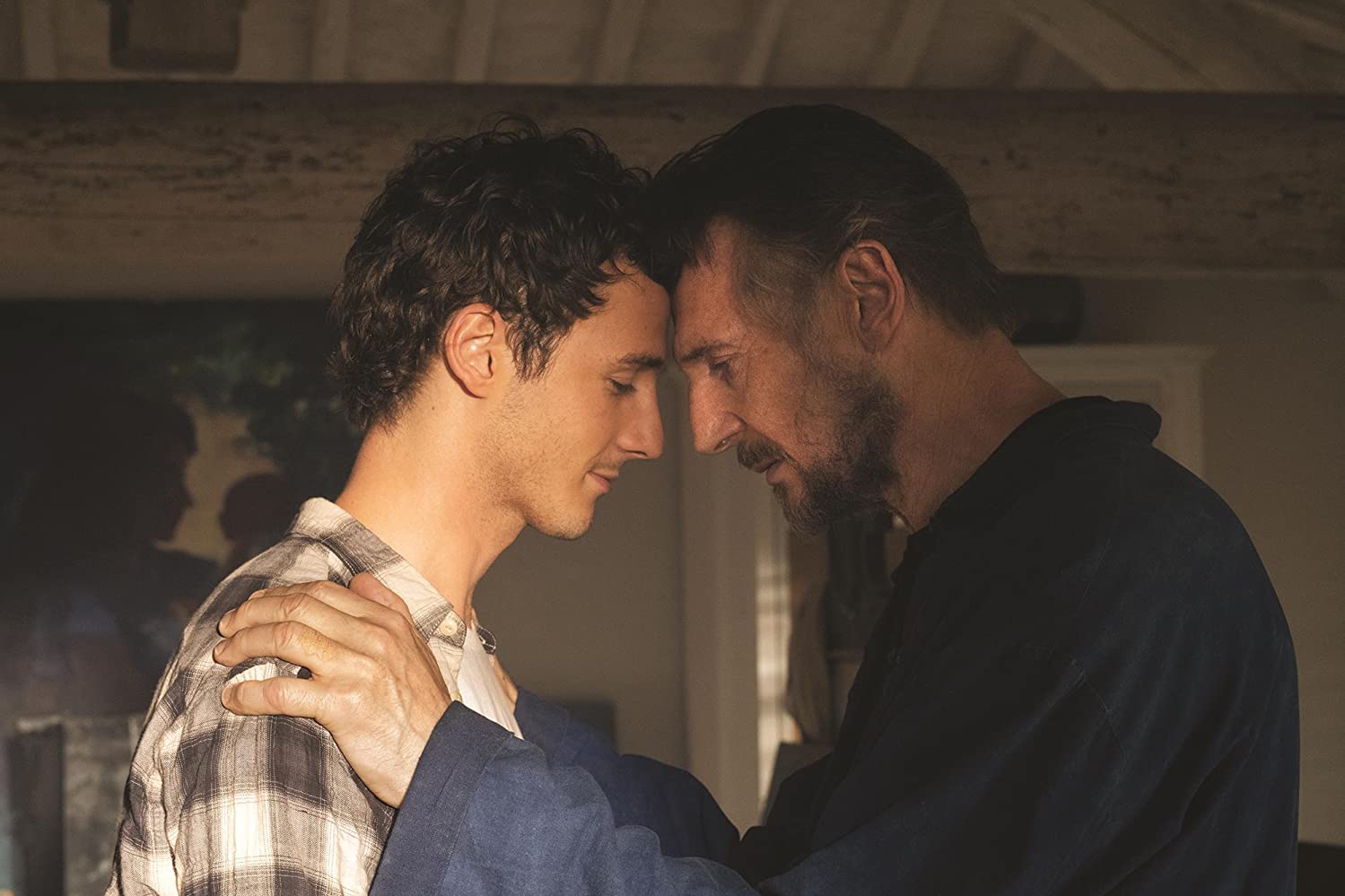 Liam Neeson and Micheál Richardson in Made in Italy (2020)

How was it working with your father on Made in Italy?

Going into it, we were very close friends besides being father and son. I have found that a beautiful part of adulthood is rediscovering this older authoritative figure you have seen your whole life is actually a chill dude. You like hanging out with him. It was great to get to hang out with him and watch this experienced actor doing what he does, how he works on set and his own temperament. That was fascinating and I was able to learn a lot of things

Can you give us some examples?

He is very still and patient. I was bouncing all over the set!

You must have visited him on set when you were growing up? Did that impact you much?

I love watching some of his old films like Excalibur. It was great seeing him in that light, and also my mother in the early stage of her career. For me, not only to see them as mom and dad but how they worked as actors was fascinating

Made in Italy explores the grieving process a father and son have to endure after losing their wife and mother. As that happened to you and your father, how cathartic was that to experience in this film?

Tremendously healthy. I have said it before – you want to honor them and carry them with you. You can’t just push those feelings and memories away because it hurts so bad. You have to carry them with you and respect and honor them. You want to do the things that they would want you to do and maybe things that they didn’t do. I hope people who have lost someone in their lives would take that away. This father and son can put their past behind them by honoring those memories.

As part of their bonding, this father and son remodel a house. Could you imagine doing that with your own dad?

Me and my brother just built a space with a fire pit and strung up lights and built a stage so we can hopefully play live music. But I can attest that I am not a carpenter.

What kind of music do you play?

I play guitar a bit. I also dabbled briefly in music production so I like EDM. Right now, I am listening to the Stone Roses, funk, and always some Red Hot Chili Peppers. I do love some old-school rap and hip hop.