Miss Americana: Portrait of an Artist as a Young Pop Diva

by Luca Celada January 24, 2020
Share on FacebookShare on TwitterShare on PinterestCopy URL 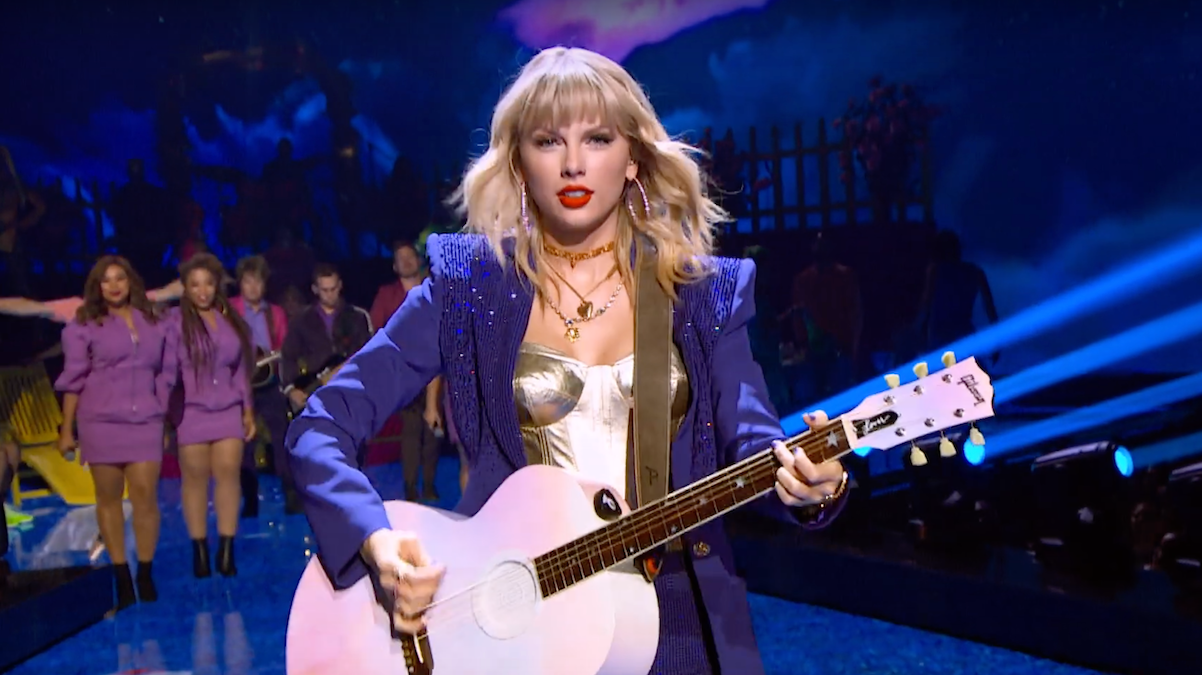 Standing ovations of the magnitude of the one that shook the cavernous Eccles Theater for the premiere of Miss Americana are rare at the Sundance Festival. Then again, you already knew the screening of the much-awaited Taylor Swift documentary was going to be a special event from the spontaneous choirs of Swift lyrics which had been erupting from the ticket line.

Lana Wilson’s Netflix-bound documentary is a tightly paced work which hands the singer a mike of a different sort: the narrative voice of a film which has the same confessional feel as her songs. Miss Americana details the artistic and personal journey of one of the top divas of pop music, a powerhouse who commands millions of fans and billions in sales. At the same time, Swift may be the most social media over-exposed personality in the business and ha, at times, withered under the extreme pressure of her fame (witness the infamous spate with  Kanye West rivalries which amplified on the web, seemed to crystallize her frailty early on). The film chronicles her rise, faltering, and self-discovery as an artistic and personal coming of age and cautionary tale of female empowerment.

Wilson is no stranger to Sundance nor to topical films presented her first film here in 2013,  After Tiller,  which dealt with the few doctors still risking their lives to perform late-term abortions in a climate of increasing restrictions and violent hostility. Miss Americana also has a political subtext, inasmuch as the central thread is Taylor Swift’s arc from strictly apolitical, white-bread country-pop crowd-pleaser to politically engaged artist – a transformation strongly opposed by her PR team. Her initial persona, Swift declares, was a misconception of her own doing. “I write about relationships and breakups” we hear her explain on a European TV interview. Especially in the country music world, political outspokenness is strongly discouraged. All the more so for young women - as the film reminds us of the Dixie Chicks backlash, after the female group’s criticism of George Bush.

In numerous diary-like home video clips we meet young tween and teen Taylor as a precocious singer-songwriter, a girl possessed of great talent and boundless ambition to “make it big”. As she begins her career, her main desire is to acquire fans and please the growing crowds of followers.  That drive may be common to many artists but in the case of Swift and, suggests the film, really of all-female performers, it inevitably produces a strong pressure to perform and conform. For Taylor Swift, those forces were multiplied and amplified by the current social media fishbowl. Instantly exposed to the voluble favor –and rabid hate – of armies of followers, Swift admits to issues of body image and eating disorders, all while struggling to meet the expectations of fans – and her own.

Amidst her growing misgivings with her celebrity persona, the singer becomes the plaintiff in the trial of a radio DJ who sexually harassed her. It is a watershed event in the journey, as she puts it, to  “deprogram the misogyny in my brain.” That new resolve takes the form of Swift “coming out” to campaign against the reelection of the ultraconservative aspiring senator from Tennessee Marsha Blackburn, in the midterm elections of 2018. Swift genuinely abhors at Blackburn’s opposition to LGBTQ rights and the Violence Against Women Act. After much deliberation and hand wringing by her managment team, the outrage leads to her taking a moral stand as a political woman.

Full disclosure: this being Taylor Swift, it is, all in all, a rather glossy version of feminist awakening, amidst trips in her private jet in the company of her cats and entourage. Nevertheless – again a credit to Wilson and to the collaboration with her willing subject – a fundamental sincerity shines through this portrait. There is an undeniable measure of authenticity to this artist, which is especially fascinating in the numerous songwriting sessions captured by the camera, in which savvy producers give a wide berth to her irrepressible creativity.

In other words, you don’t have to be a fan of her breezy songs to end up rooting for her as a figure of empowerment with substance now that goes beyond righteous shade at ex-boyfriends. “I made this film for all of you here in this room today,” Wilson said while introducing the film. “A generation ago there would have been a lot less of us. In another generation, there will be many more of us.” The applause she received would be dwarfed after the screening during the Q&A, when “special guest” Taylor Swift walked out on stage to her thunderous ovation. 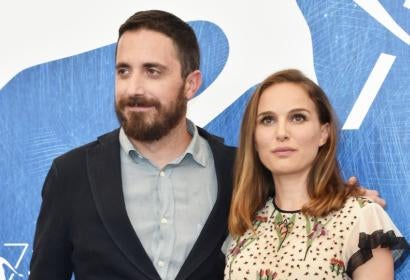 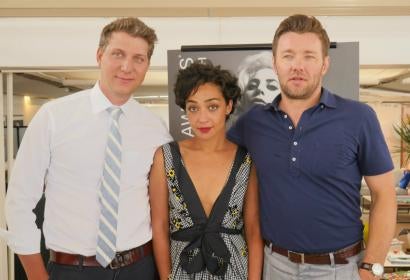 Film
Seen in Cannes: Loving – Looking to the Past to Illuminate the Present
Read More