Morgan Freeman - A 'Prince in his Profession'

January 15, 2012
Share on FacebookShare on TwitterShare on PinterestCopy URL 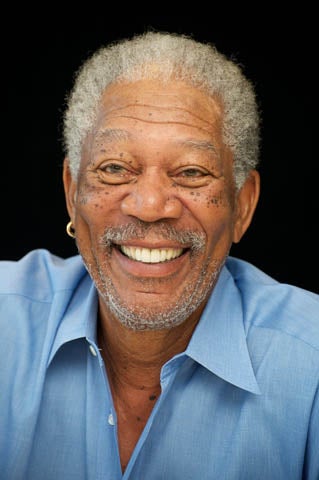 Morgan Freeman was hailed as “a prince in his profession” by Sidney Poitier, who, with Helen Mirren, introduced him as this year’s recipient of the Cecil B. deMille award. Poitier, himself a former deMille award recipient, said Freeman invests the characters he plays with a third-dimensional aura and added: “You become the character and the character becomes you.” Helen Mirren, a three-time Golden Globe winner, playfully chided Freeman for having made more than 50 films and only one ---Red---with her. The Cecil B. deMille award is given every year by the Hollywood Foreign Press Association for outstanding contributions to the world of entertainment. The calm and authoritative Morgan Freeman, 74, had already had a long and venerable career by the time he became famous. Born in Memphis, Tennessee, he made his acting debut at the age of nine in a school play, won a state-wide drama competition when he was 12, performed on a Nashville radio show while still in high school, danced at the 1964 World’s Fair and first appeared on screen in 1965 as an extra in The Pawnbroker. He won a best actor Golden Globe in 1990 for Driving Miss Daisy and was nominated three more times, for The Shawshank Redemption, Million Dollar Baby, for which he won an Oscar, and Invictus. The actor recently finished filming his role as a wheelchair-bound former baseball star in The Summer of Monte Wildhorn.