Noah Huntley:"There's a big distinction between aloneness and loneliness"

by Helen Hoehne November 9, 2020
Share on FacebookShare on TwitterShare on PinterestCopy URL 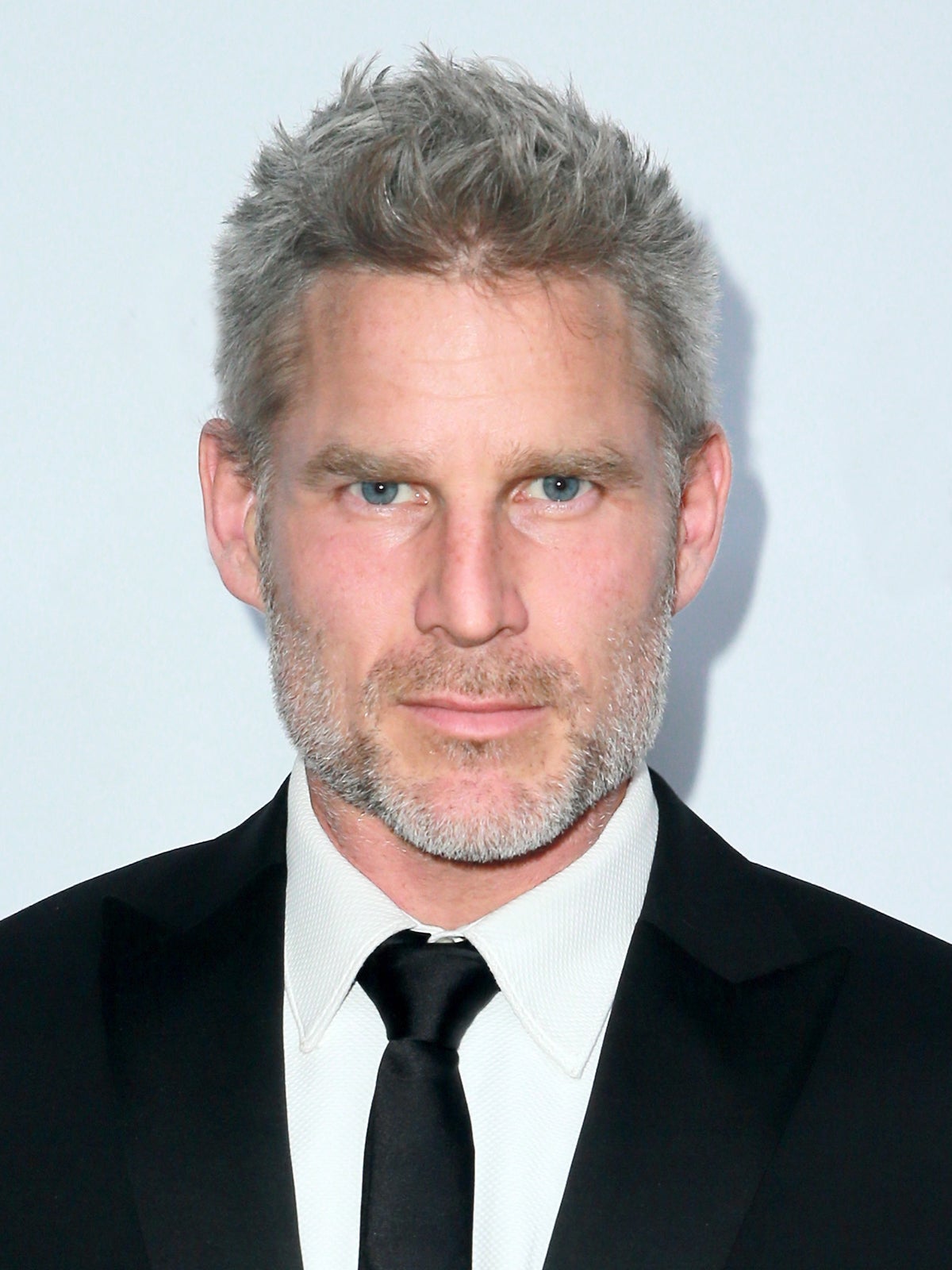 British-born actor and model Noah Huntley (The Royals, Dracula Untold, 28 Days Later) stars in the CW sci-fi drama series Pandora. The series which is set in the year 2199 was shot under COVID restrictions in Bulgaria. Huntley plays Professor Donovan Osborn who is arrogant and demanding, but also brilliant and incredibly intimidating. We talked to the multifaceted actor about going back to work during the pandemic.

Have you finished the second season of Pandora or are you still shooting in Bulgaria?

No, we finished about a month ago and almost simultaneously started airing in October. 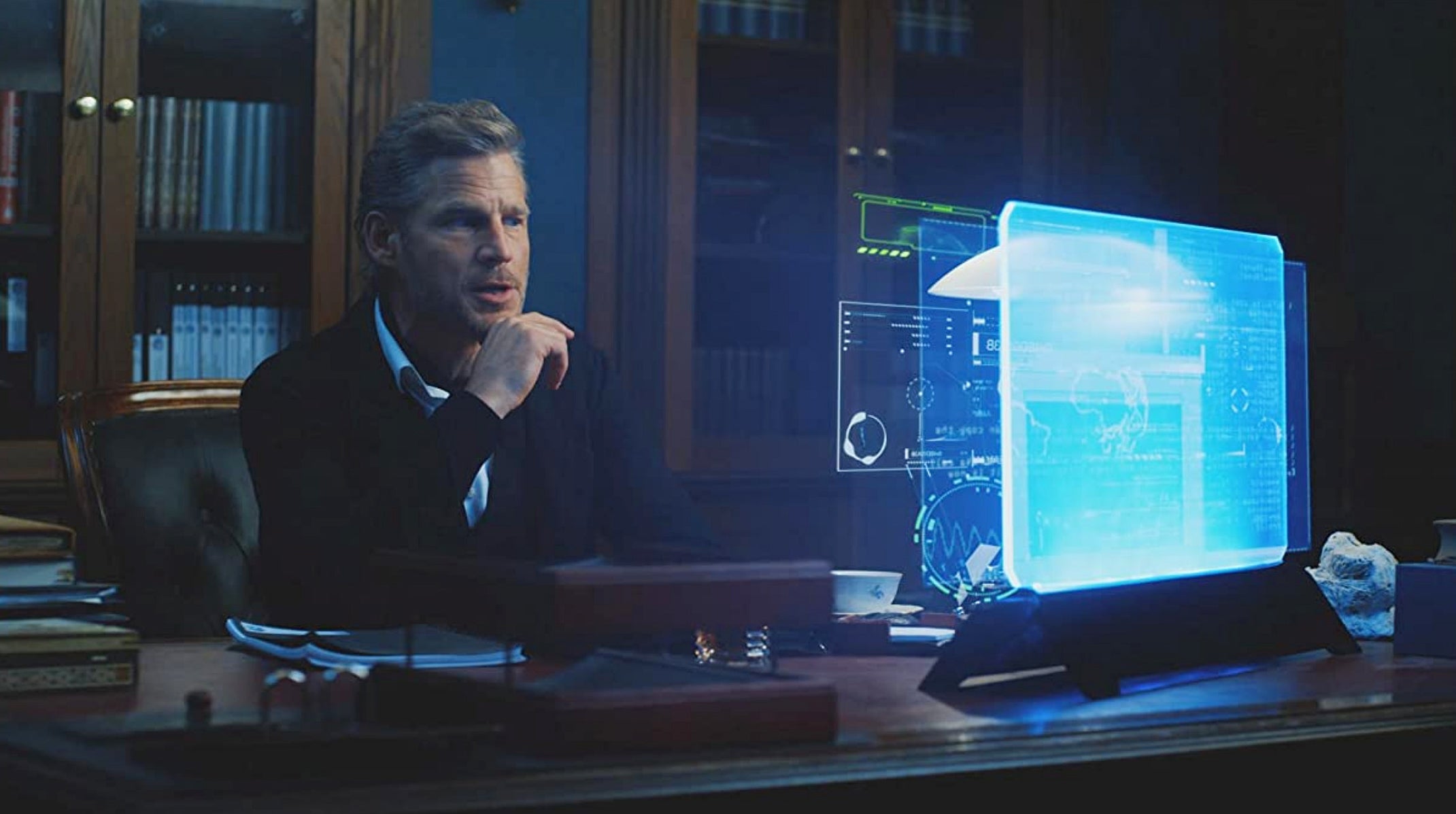 What was it like shooting the show under COVID restrictions?

I think we were trying to find a way through with a very unknown landscape, because no one had taken chances, and with the government protocols, we all had been in lockdown for about three months. So, Phil Ross, who runs the studio in Bulgaria where we were shooting, made sure we were ready to go back (…) We were very diligent about making sure those things were in place so, to that end, we were tested every three days. There were three tiers on set, the first one which was the core cast that was on set most days. And then there was the second tier for people that were coming in for maybe a few episodes over the season.  And then there was the last tier that were people that were coming in as sort of dailies.

Was everyone on set wearing a mask?

All of the crew was; however, the central cast was not but we were obviously social distancing and wearing masks when we weren't on set.

How about food and meals?

All of that went through a rigorous process, being heated to a certain level, then reduced down to a certain temperature, and then brought in vacuum-sealed bags to our dressing rooms where we ate in a specific communal dining area that we've been in before.

You're right. Although it was, I think, in relation to what we'd all been through, Bulgaria seemed much more relaxed even though we were having to be tested every three days. When we got there, restaurants and cafes were open, people went out on Friday nights and the weekend, all of which seemed like a distant land to most of us in America and England, where the weekend might as well be Thursday or Wednesday or, you know, the sort of eternity of days melding into weeks melding into months. And so, in reality, we got to Bulgaria and people were sort of living the same life they were living there before pre-lockdown.

How hesitant were you, in the beginning, to go back to Bulgaria?

I was cautious and my agent was also cautious on my behalf because Pandora is not a formulaic show. We are using milk crates painted for set dressing and things like that. So being a bit more thrown together, I was concerned that those protocols were going to be dismissed, particularly because the numbers there were so low. Having said that, once I got there it was refreshing not to be bound by fear. I think that's the thing that I've been aware of with this whole process. We are really going through these motions, not generally for ourselves but because we care about our fellow human beings, and we don't want to be the one that gets others sick.

Do you feel that the COVID restrictions had an impact on the quality of the show?

All of that has affected the overall production because of course, the production costs probably doubled. And yet, there isn't the budget to accommodate two times as much expense. So, certain corners had to be cut. But on the other hand, given that about 90% of productions have been shut down and probably less than 10%, in reality, have gone ahead, we managed to be one of those and we've managed to create new content for the time when there's very little new content coming onto the market.

Were there compromises you had to make?

I think our attitude was, let's just get it done. For example, we were shooting one episode in three or four days. That’s unheard of. A normal shoot would take eight days. To rush it through at that rate, it really meant that you had to be on point and there is no time for anyone to be amateurish about the way they're approaching getting it done. But then the reality is we're probably going to come in at 70% of what we should be achieving in terms of quality because we're not going to have the time to dot all the I's and cross all the t's.

Are you still pleased with the outcome?

The fact that we managed to get something out that I think looks markedly better than season 1 and where the performances and interaction of the core cast are cohesive and have some subtlety of interaction is something that I'm pleased about. I think we all think season 2 is a much better show and we are looking forward to season 3.

What can you tell us about season 2?

Season 2 is a bit more mission-based. We leave the academy that we were kind of centered in and focused on in season 1, which meant that there were a lot of characters that one had to keep tracking. In Season 2 there's probably half the number of characters that were kind of taken off from the Academy. We're actually now getting into the geopolitical space landscape of the future where we've got the five main races of the union of the universe established and where they come from and what their agendas are. There's still the issue of corporate greed versus political need and the personal experience through all of that. The younger cast members are the explorers into this future fictional world. My character and the other adult characters, we represent the meta landscape of the future where you've got these corporate heads who are out for corporate domination, and you've got political maneuverings that are going on, which may or may not be altruistic, and you've got these personal journeys within that, that are trying to foster the younger element in their sort of open wide-eyed exploration of the New World.

Have you had a teacher who resembles the character you play?

Yes, I have had quite unusual teachers in my adult life post-school where I've met alternative therapists and it's just part of my nature and sort of being interested in alternative health and healing and energy work and that kind of thing. And so, whether it be Shiatsu or Reiki or any of those things that I've done through my 20s and 30s, I feel like I've met some pretty wacky characters out there, from that point of view. Although they weren't intrinsically terrifying, I think anyone that pushes you beyond your comfort zone terrifies you. And that is a terrifying experience and you've got to have a mixture of trust and space, of course, self-regulate because it's a very precarious part of the way.

What have you learned about yourself during the pandemic?

There is a big distinction between aloneness versus loneliness. That’s probably something we've all had to confront to some degree or another. I don’t have a family so I've got a different perspective but I imagine it was incredibly difficult for people who had young children who weren't able to go to school, and have them at home all the time, think of ways to keep them motivated. From a personal point of view, I probably traveled a flight a week for about the last seven years up to about two, three years ago. When that started to slow down I very much felt some sort of inner meditation and that we were coming to a point where things were slowing down. I really needed to find a place to land because hopping between LA, New York and London was not something that felt appropriate anymore. And being able to spend a more protected period in one place has allowed me to sort of getting deeper into the sort of inner world in terms of meditation. There is a lot of consciousness and evolution that comes from stillness rather than activity. I've also been writing a lot and collecting herbs that grow in the local area and actually drying them and making herbal teas and things like that, things that I always wanted to do but never had enough time.