Okja: An Original Children’s Fable, With an Edge

by Emanuel Levy May 21, 2017
Share on FacebookShare on TwitterShare on PinterestCopy URL 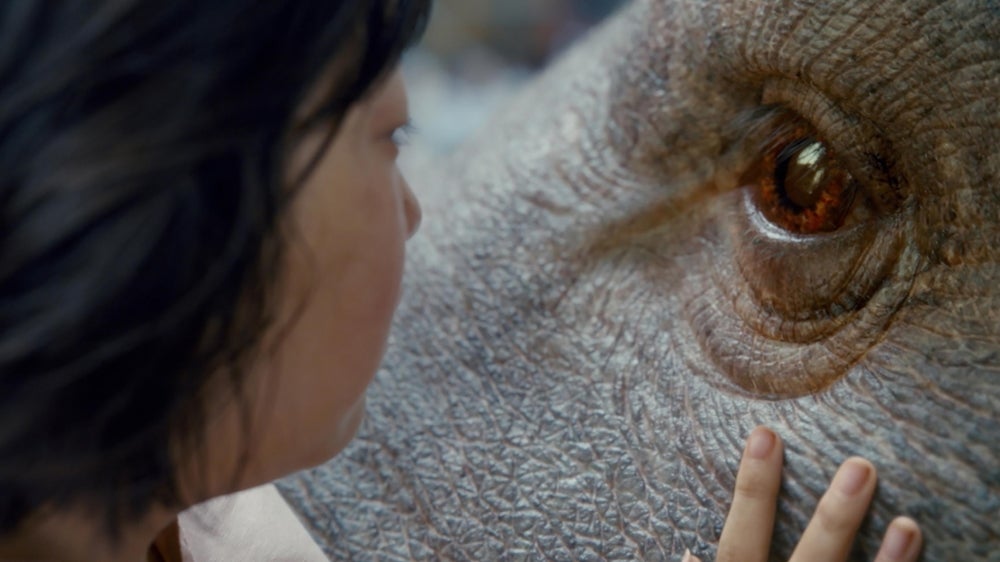 Boldly original, Okja, the new film from the talented South Korean writer-director Bong Joon Ho, is not just an ambitious film with a social message, but a charming fable about the incomparable love of a young girl for her special “Super Pig,” whose name provides the film’s title. Working with a larger budget than the usual, and defined by some dazzling state of the art special effects, Okja is the most eccentric film to date in competition at the 2017 Cannes Film Fest.

The film arrives with some baggage, having been financed by Netflix, the streaming giant, and having created a debate within the French film industry about its inclusion in a prestigious festival. Earlier this week, jury president Pedro Almodovar and jury member Will Smith, clashed over Netflix as a growing presence in film festivals.

Be that as it may, this personal film is a successful hybrid of a thrilling adventure (with some amazing chases), a tale of children’s love for animals and strange creatures (not unlike Spielberg’s E.T. or Babe or Pete’s Dragon), and a ferocious satire of our greedy corporate culture. Bong is nothing if not versatile filmmaker—he is an artist in complete control of his technical facilities, hopping comfortably from one genre to another (among his films are TheHost and  Mother). Okja represents his first English-speaking film, and his attempt to broaden his fan base beyond the festival and arthouse crowd, with a large scale operation, cast with some of the hottest actors working today: Tilda Swinton (who was also in his film, Snowpiecer), Jake Gyllenhaal, and Paul Dano. The “miracle pig” at the center of the tale is hippopotamus-size, yet marked with the kind of “human” attributes, intelligence, sensitivity and vulnerability, that will make any boy or girl wanting it as best friend.

Like other children’s fables, including Disney’s animation and live-actions, the heroine is a resourceful and energetic girl named Mija (splendidly played by An Seo Hyun), whose both parents had died and now lives in the countryside with her grandfather. The casting itself deserves a whole essay on its own right. You will see the usually handsome Gyllenhaal as a potbellied, strangely voiced TV host, Paul Dano as the leader of a guerilla animal rights group, and perhaps most impressively, Tilda Swinton in double role, playing a pair of ferociously competitive and ruthlessly antagonistic twins.

In the first section Swinton plays “good” sister Lucy, wearing a Chanel outfit and speaking through noticeable braces as she announces a brilliantly novel marketing stunt for the Mirando Corporation, an agrochemical company that now specializes in genetic engineering of a breed of Chilean pigs. The plan is to distribute 26 piglets in 26 different locations and see which one grows to be the biggest—and tastiest. Mirando employees insist that super-pig meat is “delicious,” inevitably making viewers wonder where their meat comes from.

Lucy and her dubious professional ethics is contrasted with the young and naïve Mija, who lives “at one with nature,” feeding her huge pet with real fruit, swimming with it, taking a nap on its belly. The two are devoted to each other and inseparable.  There is a great scene in which Mija risks her life to save the giant beast. Their idyllic life in nature is disrupted by the news that Okja is destined—rather doomed--to become Super Pork.  The information is conveyed by Dr. Johnny (Gyllenhall in khaki shorts and squeaky voice), who arrives to take Mija to New York City. The girl would do anything to recover Okja and bring her back home. Unfazed, she sets off, grabbing some cash which she intends to use to buy back her pet.

Dano’s Jay and his masked Animal Liberation Front (ALF) are engaged in some violent attacks, even though they later apologize, claiming that they had never meant to hurt anyone. Swinton’s two characters finally meet, but Bong being an unpredictable storyteller, doesn’t depict the expected clash, instead showing Nancy lighting Lucy’s cigarette, in what could be homage to classic smoking scenes in Hollywood cinema.

The contrast between the naïve but joyful Nature and the hustle and bustle threatening milieu of the Big City is one of the film’s motifs. Okja is meant to be an enchanting children’s tale and yet it is defined by adult sensibility, not to mention the use of the F-word by Gyllenhaal. Several scenes are upsetting, such as the one in which Okja is introduced to her sexually aggressive “boyfriend,” resulting in breeding. And arguably the movie’s most powerful and unsettling scene depicts Mija visiting an industrial slaughterhouse, populated by thousands of super pigs awaiting tragic destiny.

To be sure, Bong has always been a flamboyant filmmaker, going for the extreme (remember The Host?) and utilizing black humor. Every element is deliberately exaggerated—notice Swinton’s blond hairdos and wardrobe, especially one pink outfit.  But in this picture, we see another side of him—a satirical humanist with a simple yet compelling message.

The film is in English and Korean, but the most captivating sequences are silent, relying on striking sounds and visuals. The images are spectacular, shot in ultra-bright widescreen by the brilliant lenser, Darius Khondji.

The film changes tones—from the charming to the scary to the upsetting, but the best thing I can say about Okja is that it cannot be compared to other films, and as such it deserves attention—and perhaps admiration. A Netflix Original Film release, Okja was made by Plan B Entertainment, headed by the Dede Gardner and Jeremy Kleiner, who claim two recent Globe winning films: 12 Years a Slave and this year’s Moonlight. 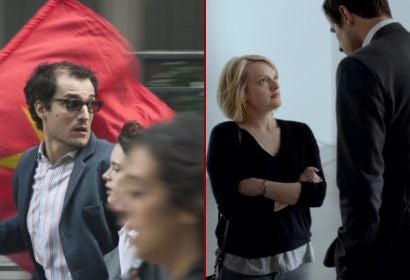 Festivals
The Scare, the Square and Jean-Luc Godard
Read More 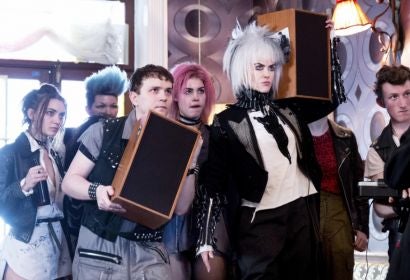