Oona Chaplin: “The sound in the language expresses a truth"

by Gabriel Lerman October 15, 2020
Share on FacebookShare on TwitterShare on PinterestCopy URL 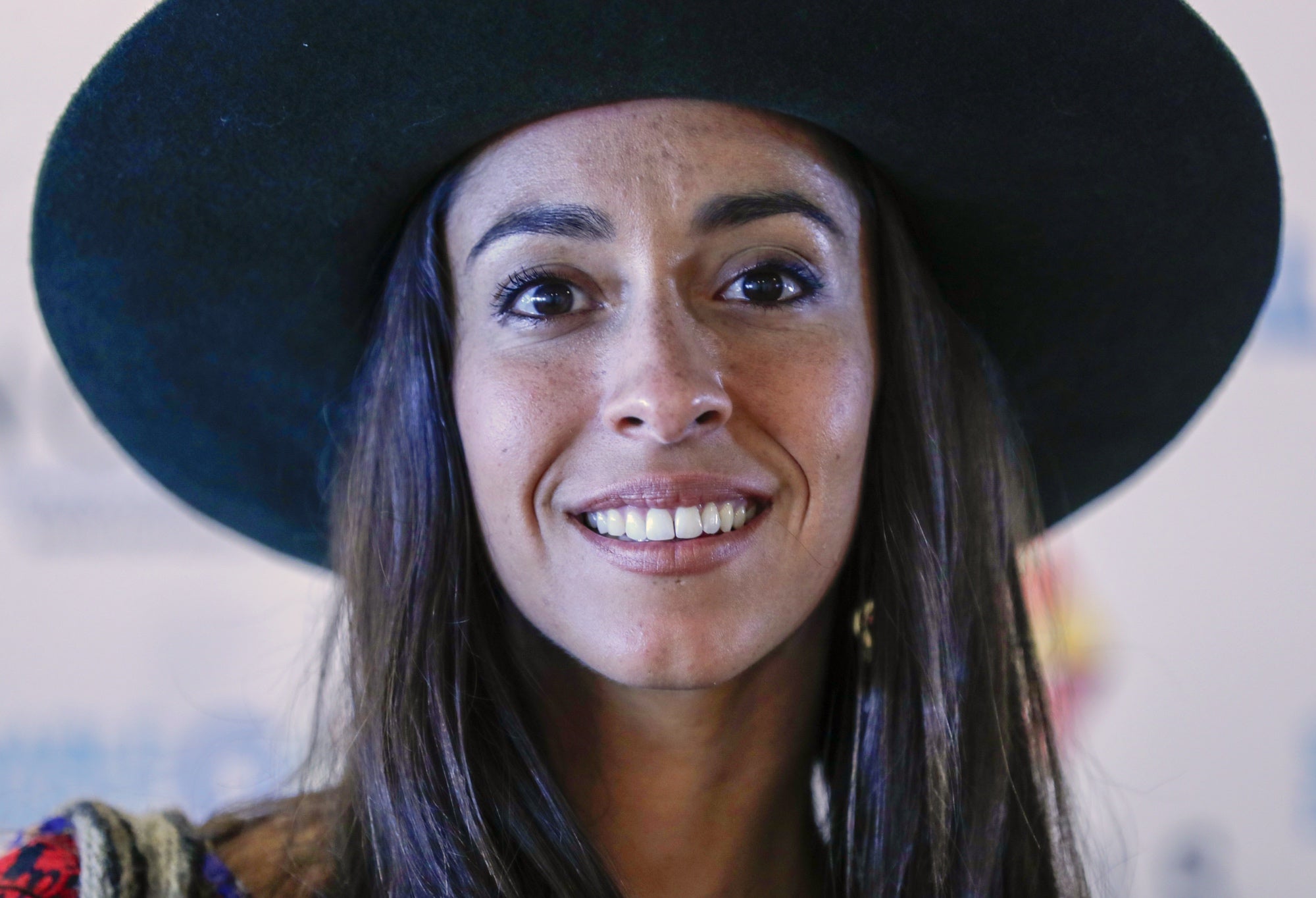 Before she agreed to this interview, she requested to avoid any family questions. Perhaps she is too tired for interviews that meander toward her grandfather, Charles Chaplin, her mother Geraldine Chaplin, or her grandfather, playwright Eugene O’Neill, or even her own father, a former cinematographer, the Chilean Patricio Castilla.

The temptation of slipping a word about grandmother Oona was strong but the conditions to proceed with the interview were honored, and the results were surprisingly more interesting. Turns out Oona Chaplin had a lot to talk about - in her native Spanish.

Charlie Chaplin’s granddaughter has been steadily making a name for herself in the world of entertainment. She can be seen currently in the Showtime miniseries The Comey Rule, where she plays FBI Agent Lisa Page. She was also in Game of Thrones, playing Talisa Shark. She has also collaborated with James Cameron, in the upcoming Avatar  sequels, followed by the horror movie Lullaby. The 34- year-old, Madrid-born actress, took her first steps in Cuba and has also lived in Switzerland and London.

What did you learn about U.S. politics when working on The Comey Rule?

I learned quite a lot but mostly two things: first, that no matter how good people are, the government and justice systems are a disaster. They’re so bedeviled and riddled with corruption that unless the entire system can be reassembled, the current, ongoing circus will continue.  For me it was a great apprenticeship, within the subtleties of trying to do your job while working under these structures.  That’s what I saw. The second takeaway was that, through my character, I was able to experience the intensity of focus that is required when you make decisions that affect so many people.

Would you take a government job, now that you know how it functions from the inside?

I would have never wanted to work for the government. It seems to be a circus.  That doesn’t mean I wouldn’t want to take part in an administration, because that’s a different matter. In fact, in the community where I live, a lot of decisions are taken in a collective fashion. It’s a form of governance that requires the same processes, only it’s done at a local level, and ends up being more satisfactory because it’s all very personal.

What did you think of Jeff Daniels transformation into his character?

He has a very attentive and generous presence, and one of the things that truly had an impact on me was how free from prejudices he is; he truly doesn’t make any judgments on people, he is simply interested in the diversity of human experience. I believe that this is why he can reach for such an array of truths lying within him: because he has this capacity for empathy and understanding of the human being. 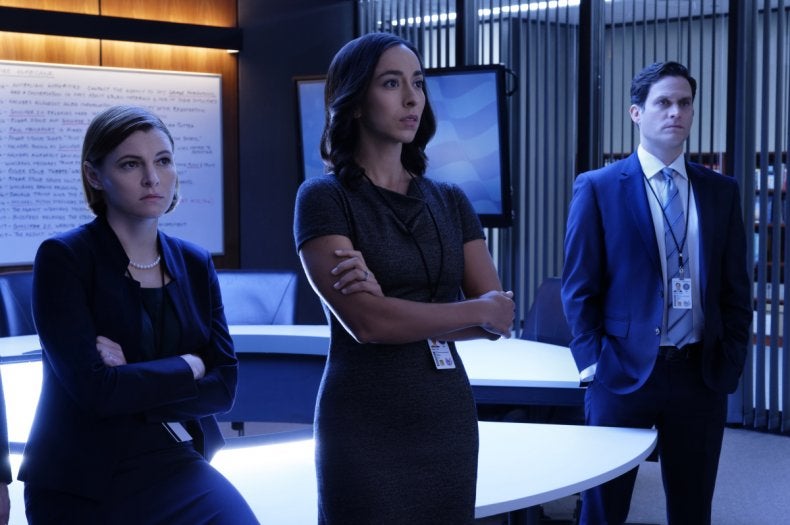 A scene from The Comey Rule.

How do you search for your roles?

I go to a lot of castings for a lot of things, most of which I don’t get (laughs) but that’s normal, you get used to it. In the movies or series that I’ve had the good fortune to work on, to me those are determined by whatever else that goes on with my life, because I have a very rich life, with plenty of things to take care of. I’ve been working with native populations for the last 4 years, I have two organizations that collaborate with native spiritual leaders all over the globe, and that’s my great passion project. If a script arrives, or if there’s a story or a director that seems interesting, I will take it. It could be so many things that it’s difficult just to mention one. The magic of this profession has a lot to do with our internal world, with what it can reflect and with what you can explore.

I love to do both things, and so many other things. I play music, I work in the garden, I’m also deeply interested in everything revolving around biology, and yoga. I like variety. I like to learn more.

Is your work with native people related to your Mapuche bloodline?

Yes, that may be, there is something in my DNA that led me to try to understand my own heritage, but I’ve found a calm and an anxiety that is much broader.. It has amplified an openness of mind, of my learning process in life. It’s a continuous exploration. I work with 3 or 4 Mapuches, I’ve been there, but the organization I’ve worked with specializes more around the Amazon.

Why is it important to protect these ethnicities that have been forgotten by civilization?

Mainly because they possess thousands of years of science, of understanding the natural order, of understanding the reason for being. Our science is born with the burning of European witches, in other words, by dispatching the indigenous cultures of Europe, and while the scientific method has its value, not only in the technology it produced, but so many other things that were possible, this is just one of the great laws of the universe, that says that energy is neither created nor destroyed, it just transforms.

Therefore, to have all that energy surrendered to reductionism required us to close our eyes to so many other truths that are useful and that would have added a lot to life, because they’re so very interesting and true. It’s a complex issue because each culture has its own idiosyncrasies and each person can make different readings of them. I also think it’s a great guide for us right now, where things have to be either black or white, or blue or red, when there’s so much more, missing in between. That’s what, to me, gives us the opportunity to grow, not just survive, but to live together on this Earth with all its creation, in that law of diversity: that life gives us more life.

Speaking of individual diversity - you were born in Spain, you have connections with Chile and Cuba, and with so many other places in the world. How do you feel about this multiculturalism you’ve had as an individual? What has it given you?

First, it gave me the great luxury of knowing a great deal, connecting with my heart and with my feelings. To contact so many different beings, whether peoples or mountains, or winds, and that allowed me to see how beautiful it is that we are so different. And that allowed me to be able to listen to people speaking from perspectives totally different than mine and still be able to connect human-to-human and learn something from them. I’ve also been able to enjoy my own evolution while learning about the great diversity in the world, which I hope continues.

How different is to act in Spanish or in English for you?

It’s different, yes. For example, in Spanish it’s like I have a different persona (laughs) because the importance of language is that expresses the sounds of a location. People wonder why are there so many indigenous languages, for instance, with no common roots in some tiny geographic areas. The sound in the language expresses a truth, from that region, that can come in the sounds of the birds, the wind, the sun, the cows, if there are any, or if there aren’t. All of this affects the resonance in the language.  It also speaks of us, and the capacity of our poetry, for instance, that in Spanish is broader than in English, but the capacity to intellectualize something is bigger in English. Every language has its strong points, and each provides a different experience. 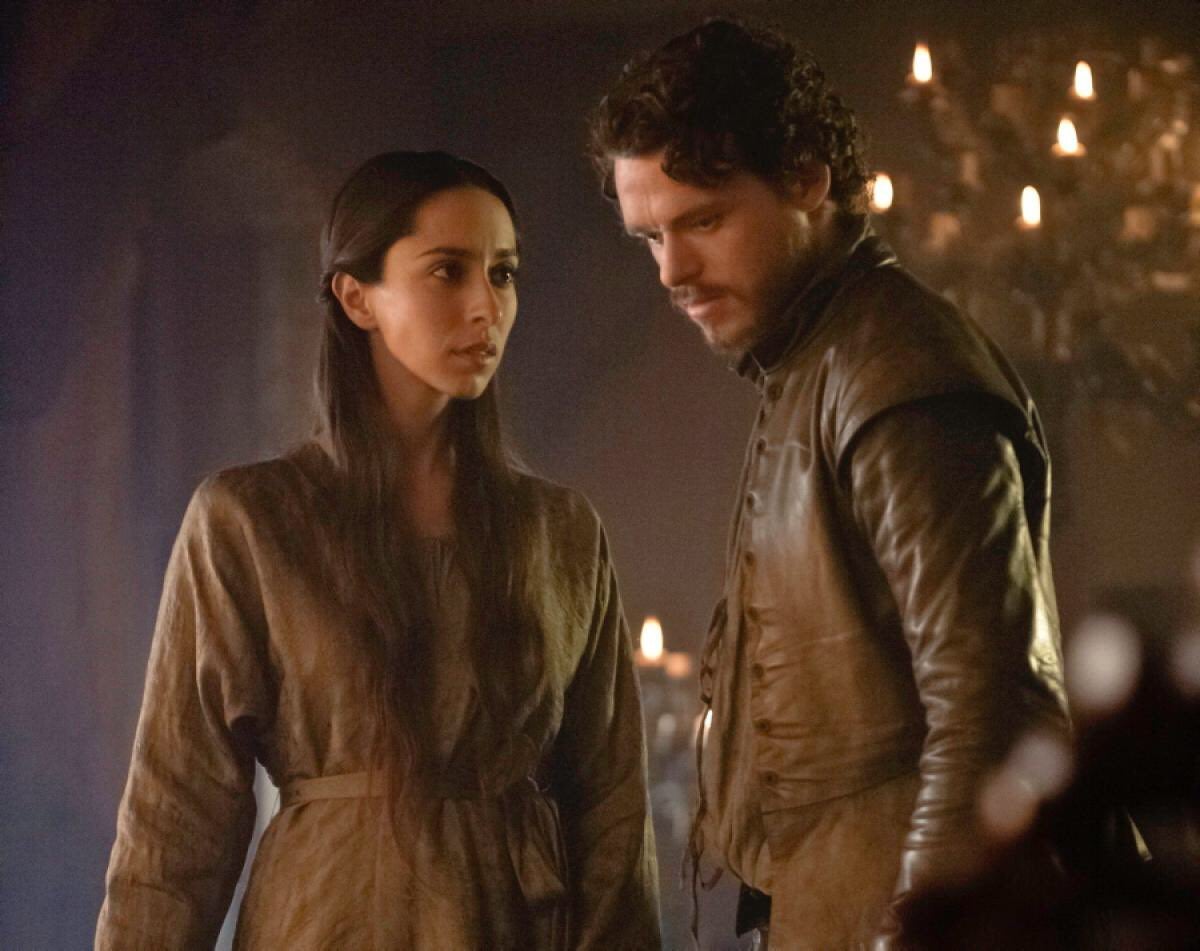 With Richard Madden in Game of Thrones.

What do you remember your two years in Games of Thrones?

Games of Thrones remains family for me. Two of my best friends for life came from Games of Thrones. That series made a family, and it was a joy being able to be part of that. My work was mostly in Belfast, so I drank a lot of whisky and spent a lot of time under the rain (laughs), but it was a joy because we were doing something that, when I began, no one knew what was going to become. We were doing what we were doing, and we felt lucky to be working on something. And then it became what it is today, something like a phenomenon that has unified so many people around the world. There are no words to express my gratitude for that experience, of being able to be a part of a project - especially in my case, being such a rebel - where I didn’t change a word on the script that I was given. Everything was so well thought out, so well done, and so complete, that it was artistically very satisfying.

Did you know about the Red Wedding from the beginning? Or was it a surprise for you, too?

I knew from the start that my character would die, but I didn’t know how.  So I would spend days praying for a spectacular death. And so it happened.

You’ve been working for years in the Avatar sequels and they haven’t been released yet, and no one knows when will they be released.  How can you deal with the anxiety?

There’s none, because the process is so rich that I don’t think I even need to see the final product. But the world does.  So, yes, I want Cameron to speed it up to satisfy the audience, but there’s no anxiety attached. The process itself profoundly changed my life, being able to work with such capacity to imagine, surrounded by pure geniuses. That project has the largest concentration of geniuses in the world. It is incredible - scientists, programmers, technicians of who-knows-what, along with actors, artists, singers, dancers - all of them.

What’s it like to disconnect, in that project, from everything you carry with you culturally?

As a character? To me it was a way to express my culture, in fact. Since I believe that, in the end, when the first Avatar movie ended, the whole world feels like the “blue people,” nobody wants to think themselves as colonial, murderous technocrats, which is what the invaders are. The whole world is ‘blue’ in that sense: it’s a truth we all have inside and it was a pleasure to dance to that.

I'm sure when this movie finally comes out, new doors will open for you. Are you going to try to continue filming in Spanish?

The stories being told, I want to participate in all of them. I’ll participate in as many as I can. I absolutely want to get back to work in Spanish, although I'm now working on a script with a Spanish director, for a movie with my mother, and that’ll be in Spanish. Yes, in Spanish, in Portuguese, in French, in Chinese, and in whatever! The important thing is to tell stories, because it is through stories that we can have hope for this world. Otherwise, the world is going to end in a couple of years if we don’t allow stories into our reasoning and into our thoughts.

What’s the experience of making a horror movie like Lullaby?

What surprised me the most about this movie is how loving everyone was, and I mean everyone - from the director and all the way down - they were all very lovely people. Then I thought: “but how can they write these atrocities?”  Yet we laughed a lot on set. And that’s - I think, at least for me -why this is more like exploring the different tones of truth. Isn’t it? And one of those hues is fear. So that was the color, and that was it, perhaps the one I liked the least, but maybe that's why it's very important to explore these things. 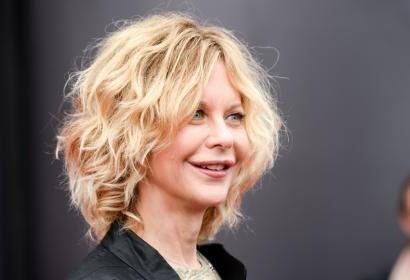 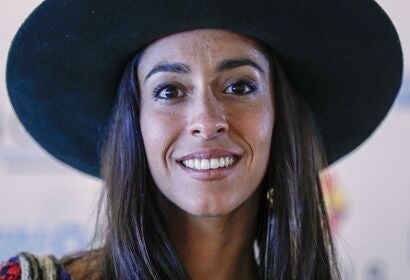