by Jack Tewksbury April 2, 2020
Share on FacebookShare on TwitterShare on PinterestCopy URL 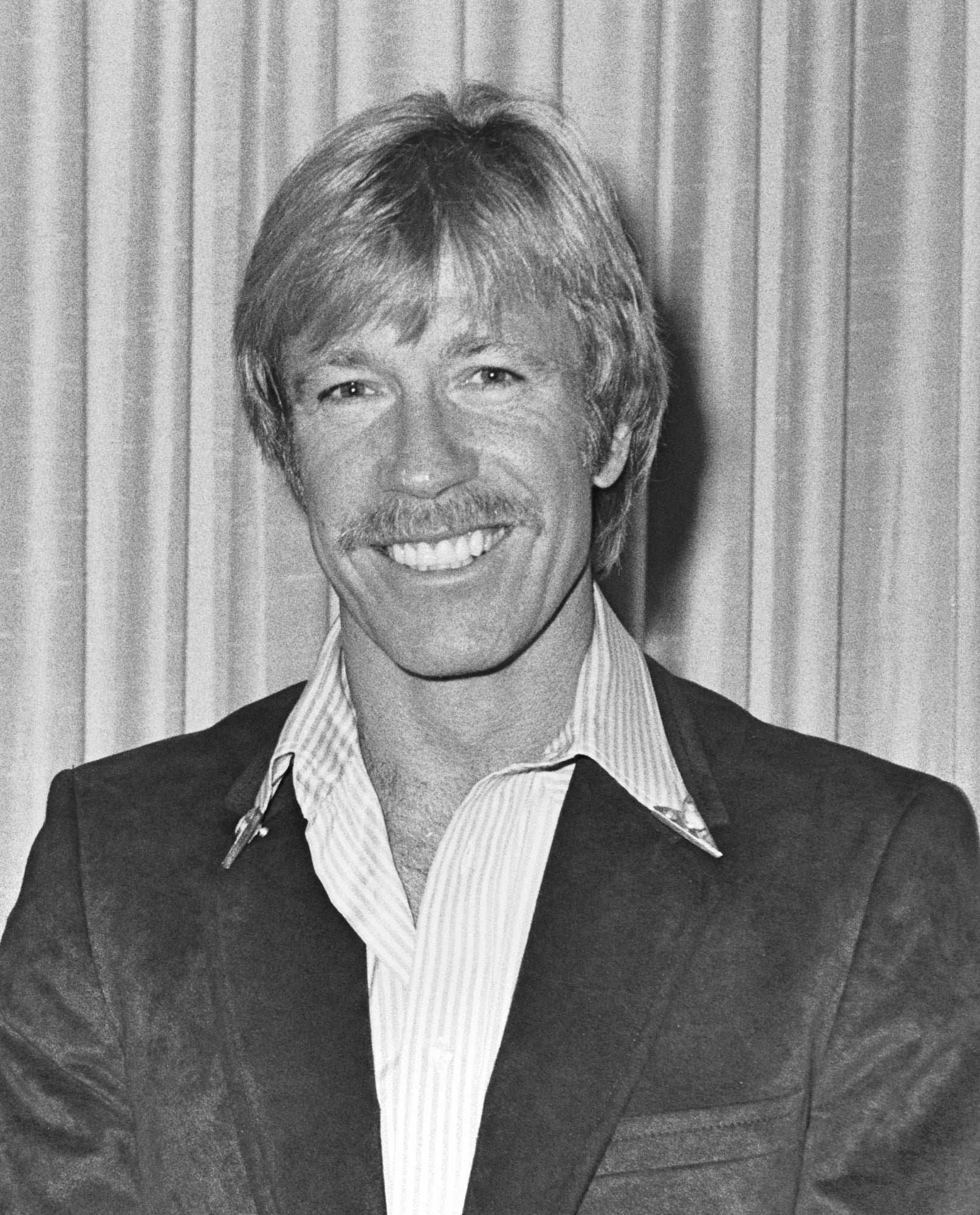 Besides being an action star and a karate teacher Chuck Norris was also a Golden Globe presenter. We met him in 1981 when An Eye For an Eye opened.

“Physical competence and confidence go hand in hand with personality. If you feel good about yourself, people do not intimidate you. I grew up saying I couldn’t do this or I couldn’t do that and it turned out that  I had never tried because  I always felt that I can’t do it. I could never get in front of a class and talk because if I do I will get embarrassed. I reprogramed myself through martial arts.  At 41 years of age, I could still be very insecure and I have students in their  40s and 50s that are extremely introverted and insecure.  I walked into one of my schools and it was a brand new class and the instructor introduced me. I came up to this fellow who is in his mid-40s or maybe 50s and I  said, ‘Hi,  there, what’s your name?’ and he whispers. I said,‘Pardon me’ and he says, ‘Richard’ but I can’t hear him. He is whispering because he is so insecure and I said, ‘I  am sorry. I didn’t hear  it’ and he finally said, ‘Richard.’ He is looking down at the floor not even looking at me. I said,  ‘Richard?’ and he says, 'Yes',  and I said, ‘Oh, it is nice to meet you.’ Four months later, his whole life changed. He became much more confident in himself. He introduced himself to me with a generous and gracious smile and I could not stop him talking. If  you  feel inadequate, no one will respect you.”