by Yoram Kahana March 30, 2016
Share on FacebookShare on TwitterShare on PinterestCopy URL 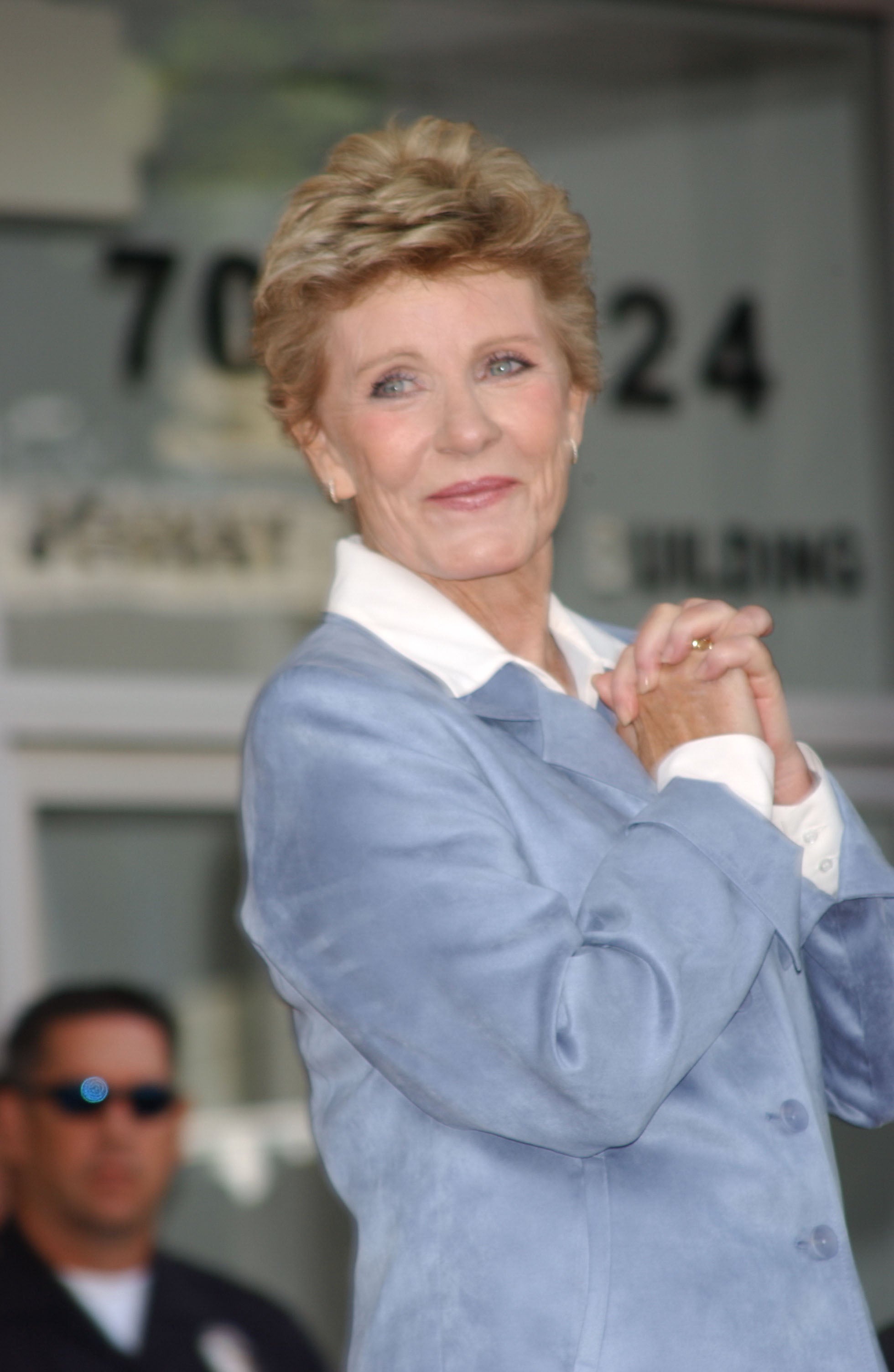 Patty Duke, multi-talented child actor who had a long and sometimes troubled career has died. She was nominated four times for a Golden Globe award and won twice- as Most Promising Newcomer-Female in 1962, for her supporting role in The Miracle Worker, and in 1969 as Best Actress in a Comedy or Musical Motion Picture for Me, Natalie. Ironically she lost when nominated as best supporting actress for her riveting performance in The Miracle Worker - in a crowded field of ten nominees Angela Lansbury won for The Manchurian Candidate, the second of her six Golden Globes. A year later Duke lost again when nominated for Best TV Star -Female for her own sitcom, The Patty Duke Show (Anne Francis won for Honey West).

Born Anna Marie Duke in New York City, her life was a heartbreaking Dickensian story but with a Hollywood happy end. The youngest child of an impoverished family, abandoned at six years old by her alcoholic father, she was soon removed from her manic depressed mother's home by her managers who, she would write later, introduced her to drugs and alcohol, sexually abused her, and embezzled a million dollars of her earnings. She was implicated in a national cheating scandal, endured suicide attempts, a troubled love life displayed on national tabloids, three failed marriages and mental disorders and breakdowns.Incredibly, Duke survived and overcame. Her fourth marriage was loving and long lasting, her acting career rebounded, with three Emmy wins. Successful diagnosis and treatment of her bi-polar disorder led to involvement in public medical causes: AIDS awareness, mental health. The 5' dynamo was also active in union leadership- she was elected president of the Screen Actors Guild - and wrote two books about her life. 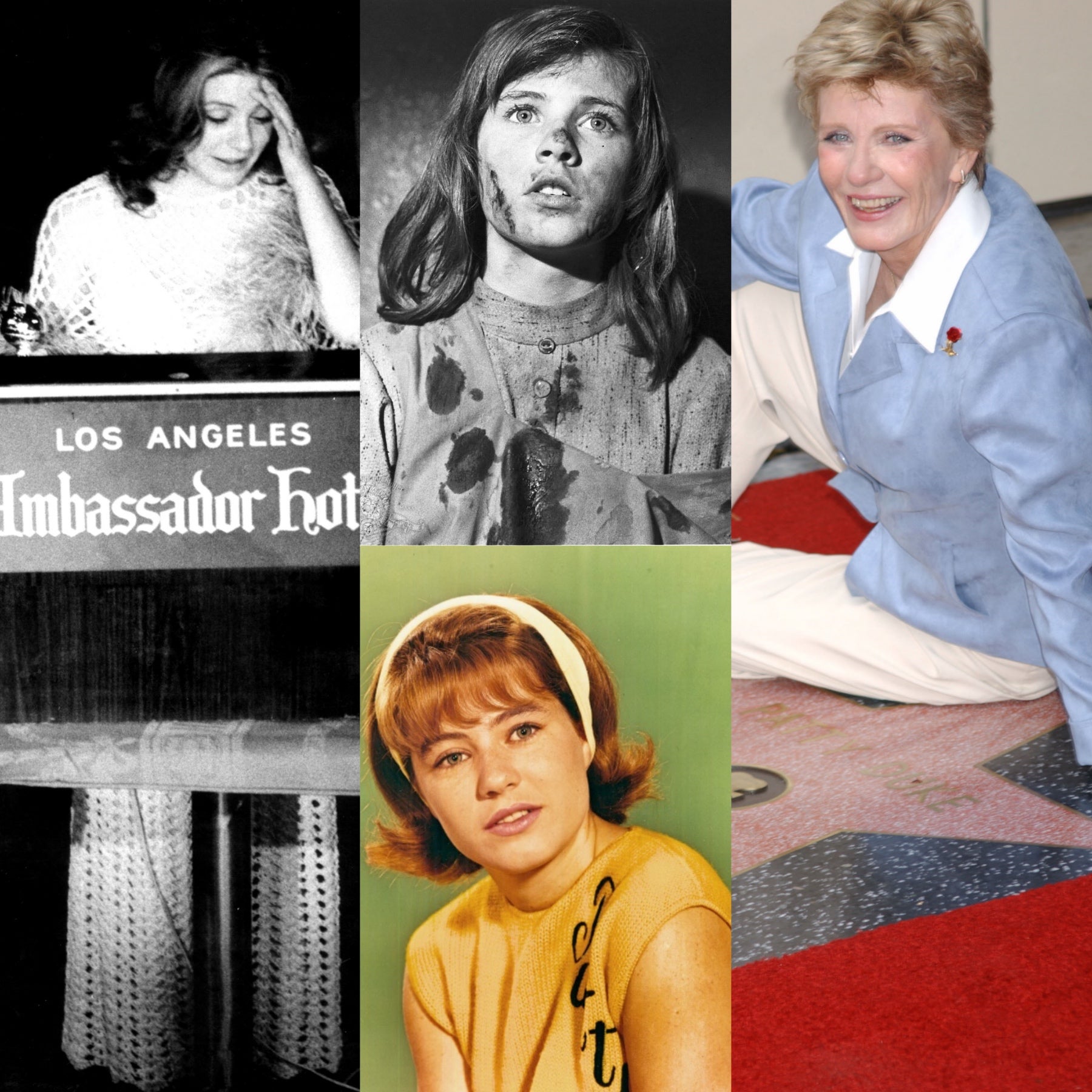 A life in the public eye:(clockwise, from left) in 1970, accepting her Golden Globe as Best Actress, Comedy or Musical for Me, Natalie; as Helen Keller in The Miracle Worker,1962;at the dedication of her star on the Hollywood Walk of Fame, 2002; a publicity shot for her TV hit, The Patty Duke Show, 1963-1966.

Patty started her acting career at age eight. After several TV and theater bit parts, she was cast in the role of the young Helen Keller in The Miracle Worker on Broadway, opposite acting veteran Anne Bancroft (eight Golden Globe nominations, two wins) playing Anne Sullivan, her teacher. Patty held her own and then some. Her feral performance, including a ten minutes long improvised nightly struggle with Bancroft (whose character is trying to reach the raging, moody, deaf and blind child) earned her popular and critical praise. The New York Times called her "altogether superb — a plain, sullen, explosive, miniature monster ... whose independence and vitality are nevertheless admirable" Duke and Bancroft repeated their roles in the movie version, and each won an Oscar. At the time Duke was the youngest Academy award winner in a competitive category.From Broadway and movie pinnacles Patty went to TV - a silly but successful sitcom, created by the ever lowbrow Sidney Sheldon. Patty played the dual role of "identical cousins": one, an all American teenager, the other a cultured worldly Scot. The Patty Duke Show (another first- a series named after a teenager star) ran for three successful seasons. But Duke hated it. She would write later: “I hated being less intelligent than I was... pretending I was younger than I was...not being consulted about anything. I hated being trapped.”

She escaped by marrying young and foolish. Her third marriage, to actor John Astin, lasted 13 years and produced two sons, actors Sean and Mackenzie Astin.Only her fourth marriage brought Duke her hard earned stability, happiness and fulfillment. While continuing her acting, charity, advocacy and leadership work, Duke lived with her family away from Hollywood, in Coeur d'Alene, Idaho, where she died suddenly, at age 69. A statement from the family read: "... our beloved wife, mother, grandmother, matriarch and the exquisite artist, humanitarian, and champion for mental health, Anna Patty Duke Pearce, closed her eyes, quieted her pain and ascended to a beautiful place. We celebrate the infinite love and compassion she shared through her work and throughout her life."A miracle worker. 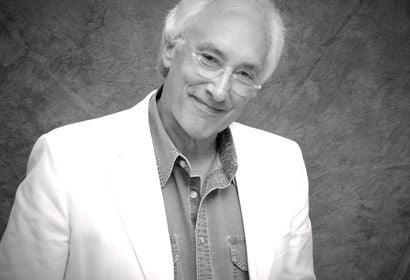 Industry
Wall To Wahlburgers
March 29, 2016
Fashion
In The Style of “Call The Midwife”, Women on The Verge of Change
April 1, 2016