by Margaret Gardiner August 25, 2016
Share on FacebookShare on TwitterShare on PinterestCopy URL 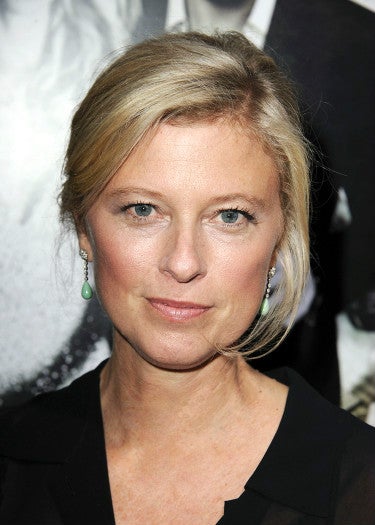 “I’m not sure if this is true, but recently somebody told me that I have made more movies with women directors than any other producer in Hollywood.” Notes Jenno Topping, President of Film and Television at Chernin Entertainment. “That's partly because I was partnered with a female director for a long time. But then there were also all these other movies with female centric stories. I didn't set out to say, ‘I only want to work with female directors or that I only want to do women's stories.’ It just happens that way through your relationships and the stories and characters you find interesting.” While many mention how difficult it is to get films about women, starring women, made, the woman behind The Heat and Spy has had much success at the box office and critically, targeting that audience. “A lot of the movies I've made are that, so for me it seems to be easier to get those movies made.” However, Jenno Topping’s range covers a wide spectrum; her fingerprints are also on St. Vincent, Dawn of the Planet of the Apes and an as yet untitled project starring Goldie Hawn and Amy Schumer.

While much ado is made about Bridesmaids, and deservedly so, Topping was responsible for bringing female power to the big screen in the unlikely vehicle of Charlie’s Angels way back in 2000.  It was really the first time an action film succeeded with women leads. The cast was ethnically diverse, and challenged the stereotype that beautiful woman were airheads and incapable. “I don't know that many people put it together”, admits the mother of three. “We spent a lot of time on that movie, talking about how we could portray women, even though it was an action comedy and a tentpole movie. How we could push the envelope, portraying women in a way that they had not been portrayed in before. Not only were they at the center of the action, but Cameron's character was capable in a way that is not usually associated with a spacey, goofy bombshell. Drew’s character was kind of a slob. It was important to us that she wasn't rail thin. We wanted to portray a different kind of body image. With each character we spent a lot of time in the small, subtle ways. It was a fun movie to be part of because there were so many women at the center of it. And Drew (Barrymore) was really the genesis of the reboot of that franchise. She had a female partner, Nancy Juvoven. Betty Thomas and I were partners. There was so much estrogen on that set,” she recalls, chuckling.

While Jenno Topping downplays her ability to promote female-centric films, the feat is more impressive when statistics reveal that in 2012 of the top 250 films made in Hollywood only 23% were produced by women. Heralded as one of the 30 most powerful producers in Hollywood, she asserts that her gender has never prevented her from doing a job, nor has she been assigned a job because she is a woman. “Women make great producers because we often find a way to make people work easily together as a whole, to get the best work out of people, to multitask, see what everybody is doing at the same time and to keep the ship moving - all the qualities that women tend to have, while not saying that we alone have those qualities.” 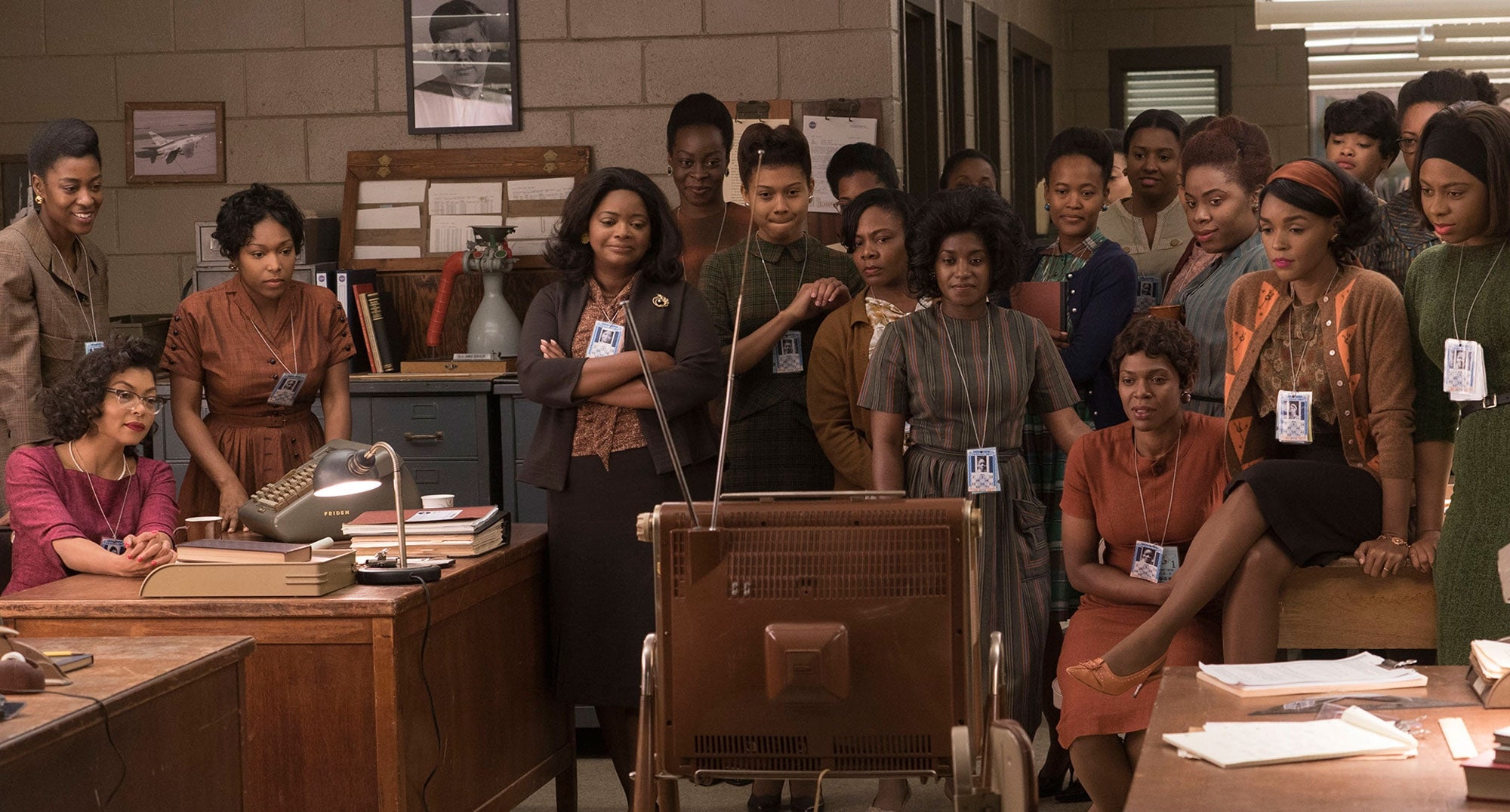 “My job is to look for good material to turn into movies and television shows. You develop that material so it is ready to be packaged for the talent. As I try to get it made I keep my eye on the best incarnation. There are a series of choices and compromises as we progress, like locations or stars aren't available.” When asked what a Jenno Topping movie is, she’s quick to point out that her “brand doesn’t overwhelm the creative voice of the film. The stories that I am drawn to involve unexpected triumph, humor, usual characters, traits that don’t necessarily get to be portrayed on film that often. These can happen as easily in a comedy as in a drama. I look for unconventional or unlikely heroes.” “We just made a movie called Hidden Figures, about African American women mathematicians who were instrumental in the NASA Program that sent John Glenn into space. I was drawn to the material not only because it is an incredible story that you can't believe nobody knows about, but because it was such a positive and unusual portrayal of African-American women in this country. It's important to show a multitude of images and types of characters for women in general, but also especially African American women in our country.”

While giving equal opportunity in front of the camera and in the themes of her projects, she says promoting women behind the camera, “is a cerebral construct that happens organically.” “All my assistants bar one have been women, and they have all been promoted throughout the business. The general culture is so benefitted from being a representative group whether that be race, class or gender.”

She’s also been fortunate in being able to bring her children with her on set, something many behind-the-camera jobs do not afford. Married to producer Chris Moore, Jenna took a few weeks off after the birth of her first two children, before jumping right back in. Both were delivered while she was in the middle of shooting. When on location, her husband would come when he could, “and we also had a nanny who would travel with me.” She admits that when she had her third child, it became more of a challenge and she took time off, an issue millions of parents juggle with regardless of job description, demonstrating the need for a universal child care program. However, here too, timing has been on her side. “We make more movies than we did before, and I can’t bounce my family around anymore. The solution is that when I travel I just go for shorter periods.”

The beneficiary of an unconventional childhood where she was encouraged to work hard and have a lot of fun, she carries the philosophy into her everyday meetings.  Her advice is practical and no-nonsense. How does she deal with ‘no’? “Sometimes ‘no’ is motivation and sometimes you have to listen to why you are getting ‘no’. Each situation is different.” “The hardest thing for me is when you're trying to develop a script and it’s not working. Rather than continuing to work a specific idea, it is often tempting to say, ‘Oh, that didn't work. That’s the wrong choice. Let's make a different choice.’ And very often it is not the wrong choice, you just went about it the wrong way.”

The other advice is, ‘Don’t panic.’ Give yourself the privilege of thinking it through again.” Secure and confident in her abilities she is not intimidated to speak as the only woman in the room. “The gender thing does not impact my ability to give my opinion.” She laughs. “Maybe it's just because I am older now that I have less patience. One thing I have found to be valuable is to be extremely honest and a little bit brutal in terms of coaching through things. Its, ‘Let's approach this with a certain amount of candor.’”

What is her advice for breaking through the glass ceiling? She doesn’t hesitate. “To work as much as you can. To hire as many women as you can, to have them work as much as they can and do as many movies and as many television shows that hire more women. It begets productivity. It’s about maximizing the amount of work we can all be doing.”

She closes the interview by sharing a story her friend and former President of Buena Vista Motion Pictures joked about. “Nina Jacobson once said the funniest thing to me while we were watching our daughters play volleyball. We were talking about how to get more representation in terms of writers and directors, and she wondered, half jokingly, “Why can't women be as mediocre as all the mediocre male directors? Why is it that women always have to be so fabulous, trying to break through? How about having enough representation such that we get a chance to just be mediocre?”

That would certainly be a break-through, but until we reach parity in pay and opportunity, Jenno Topping is doing a rather marvelous job at being fabulous and being an unlikely hero making films about unlikely heroes. 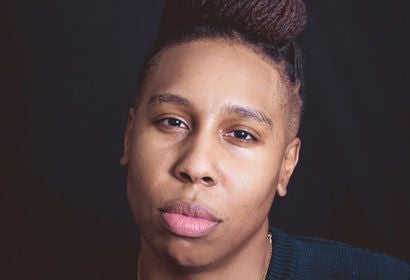 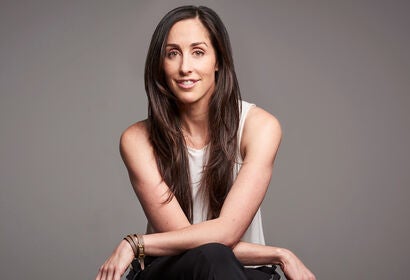 Film
In Order of Disappearance: How a Model Citizen Becomes a Serial Killer
August 24, 2016
Industry
“My idea of a director is someone who decides what story he or she wants to tell” – Fede Álvarez and How “Don’t Breathe” Became a Hit
August 28, 2016