by Margaret Gardiner July 4, 2016
Share on FacebookShare on TwitterShare on PinterestCopy URL 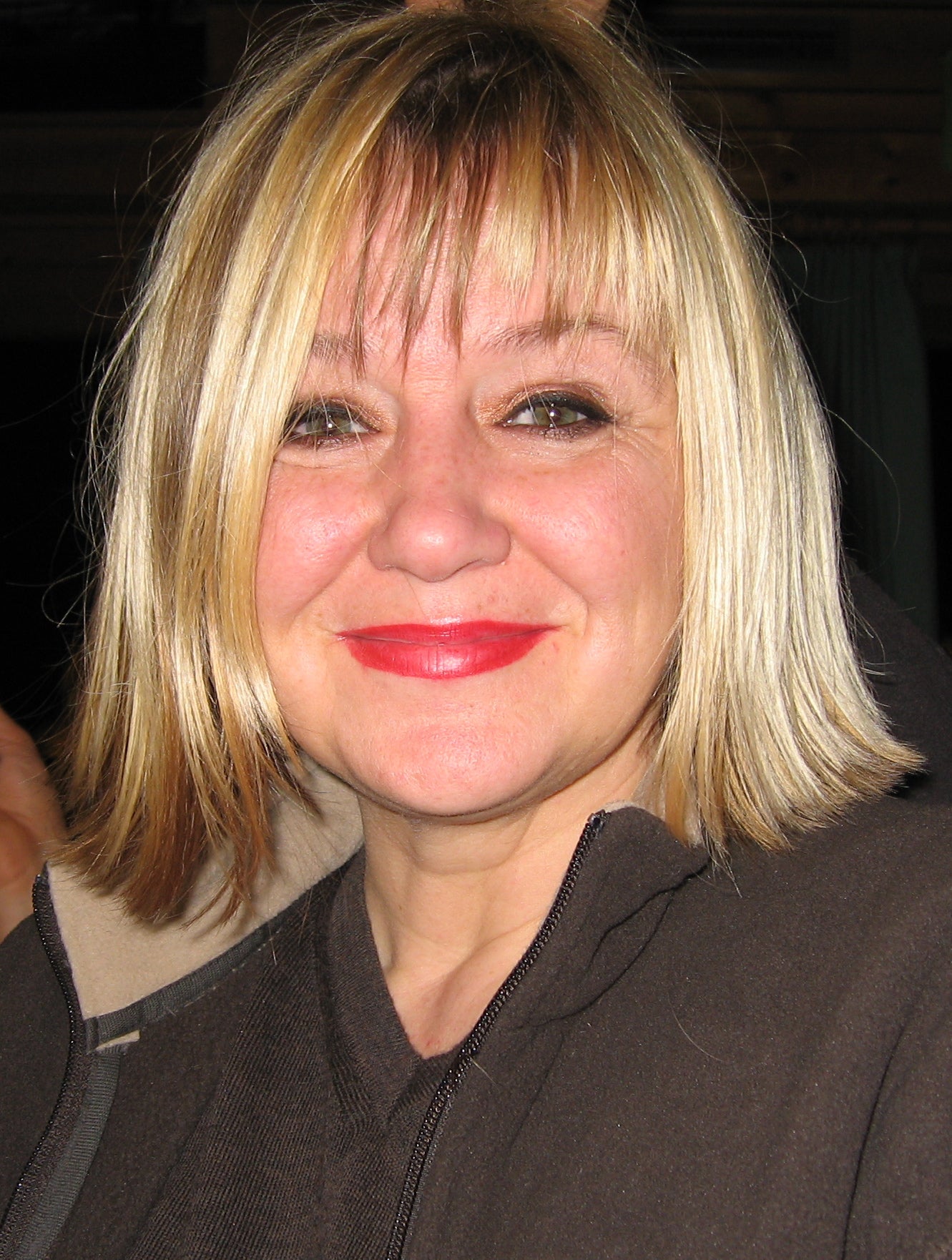 “A production designer has to deal with all the central pivotal aspects on a film; construction rigging, lighting, huge special effects, everything – and it is male dominated”, explains Oscar nominated production designer (Anna Karenina – 2012) Sarah Greenwood, one of the few women flourishing in this field.

“The hours are about 8 a.m. to 7 p.m. You are out in the workshops and studios, in charge of your set. You have to understand that the film industry is notorious for saying, ‘It will be based on a local set,’ and then turning around on a dime and suddenly you are out in Morocco”, she laughs. “If that happens you really don't have a lot of options. You go to Morocco.”

The single mother of one explains some of the factors that may make production design daunting for many, especially when travel seems to be a given for men, but is perceived as a negative for women. “Certainly I turned down work in the early years to be home. I simply told my agent that I’d look at nothing if it wasn’t being shot in the United Kingdom. Now my son is an adult, it’s not an issue,” she shrugs. Women are judged differently if they travel as a parent, while there seems to be an acceptance that fathers travel for work, society perceives mothers in a different light. “I did it by having good child care,” she states simply. “That doesn’t mean that you don’t feel guilty, but if I had a regular job with regular hours I wouldn’t be able to pick him up from school either, and that would happen 48 weeks of a year. As a production designer I make sure to take time off between films. I took seven months off after my last movie.”

Travel is just one of many challenges, yet for Sarah the immense scope of the job makes it attractive. “I deal with the director, producers, DP, costume, make-up – conceptual things where it can be much more erudite. But the job also requires an assertion of knowledge.” The production designer of Beauty and the Beast thrills to “the smell of metal, sparks and oil in the special effects workshops.” Her father, an engineer and artist, inflamed her interests so production design is the perfect blend for Sarah. “The physical effects, like engineering, with this huge machinery, respond to what we ask for. It requires a certain amount of assertiveness and knowledge to be able to challenge when required.”

“You build up a field of knowledge that allows you the confidence to overcome obstacles. I know every aspect of the film and am involved from the beginning. If I’m sitting in a meeting with 30 or 40 men, I may be one of two or three women at the table. Film sets are traditionally male dominated.” Which could up the intimidation factor for many, but Sarah responds with the confidence that being an expert in the field allows. “When you know what you are doing, you’re confident.” Then she chuckles, “My upbringing was rigorous. I was brought up Catholic. There was a lot of, ‘You will do this,’ being held accountable and getting around obstacles.” However, she admits, “Sometimes you have to take a really deep breath, and go, ‘Now I’m going to say it.’” The wealth of experience she’s accumulated allows her to recognize and address what could become issues down the line. She elaborates further. “It’s dealing with the specifics.” Her expertise negates any effect of gender disparity within a room. She’s also open to other’s ideas.

“On Atonement we had used arsenic green on the corridors, and the director, Joe Wright, said he wanted an Irish green for Keira Knightley’s dress. In my mind it clashed with everything, but I recognized there was something very specific in his mind. I asked, ‘Are you sure, because I’m not fully convinced?’ Obviously the dress was beautiful and Keira wore it so well, and when I saw it I knew it was right.” “Sometimes you have to steel yourself to fight battles, and sometimes you have to know when to let it go.” “You’ve got to be pragmatic.”

She cautions that when questions arise, they may not be gender related. Women should not go to the vulnerable place and assume the question is unique to them. “I recently went for a job and the producer asked, “This is really big, can you fit in with it?” I’ve worked on huge sets, so the answer was simple: ‘If you have the time and resources and backup team, you can do anything’. When I met with the director, he said he’d been asked the same question; it wasn’t a gender issue – though it could have seemed that way. The movie was huge and they wanted to make sure that everyone understood and was up to the task.”

The job also requires extensive research and creativity. Greenwood feels that in some ways production design utilizes very female sensibilities, and is surprised there are not more women in the field. There is a sense of curiosity that justifies each detail on the set. “If you can't get the answers from the writer or director you put in the answers, back stories, and character. You ask, ‘Why is this room as it is?’ You follow it through; it can be as tiny as a detail or as big as a concept. It’s one of the things that people love about the films that we do. For Sherlock’s study (Sherlock Holmes (2009) and Sherlock Holmes: Game of Shadows (2011)), for example, you've got the aesthetics that you have to balance, against what you want to put in. How can you make it visual? All that knowledge, backstory and research, there is layer upon layer, so when Robert Downey Junior walks on the set and says, ‘What's this about?’ You can say, ‘Actually did you know Sir Arthur Conan Doyle was really interested in bees?’ It's really getting into the whys of character and story. Women want to know why is something as it is.”

Sarah is both an employee and employer, bringing on heads to deal with different departments within a movie, so what does she look for when hiring? “I try not to see gender or race or anything like that. Talent will out. I run my department, not as hierarchy but as a meritocracy so if somebody is good, I show it. If someone is good at something in particular and we need that skill, they will do it. I will take it to the director. I believe in demystifying the process.” That being said there are certain people she wouldn’t hire again. “There has on occasion been a tendency for boys being afraid to share,” she notes diplomatically. “They are brought up saying, ‘This is mine.’ I make sure it’s not merely wielding power, or being hierarchical. I like a collaborative team where the departments work together.” But she adds a disclaimer - “It’s okay to hire a Rottweiler who will get the most from the budget. It’s not okay to hire someone who is also a sexist misogynist. He may bring it in on budget and save you a couple of million, but if he treats people poorly then he is not good for the company and not the right person.”

Ms. Greenwood, with her string of credits and accolades, has proven to be the right production designer time and again, regardless of gender. For those who would follow in her footsteps her advice is practical. “If you really want this you can do it. You have got to choose to want it.”