by Helen Hoehne May 21, 2020
Share on FacebookShare on TwitterShare on PinterestCopy URL 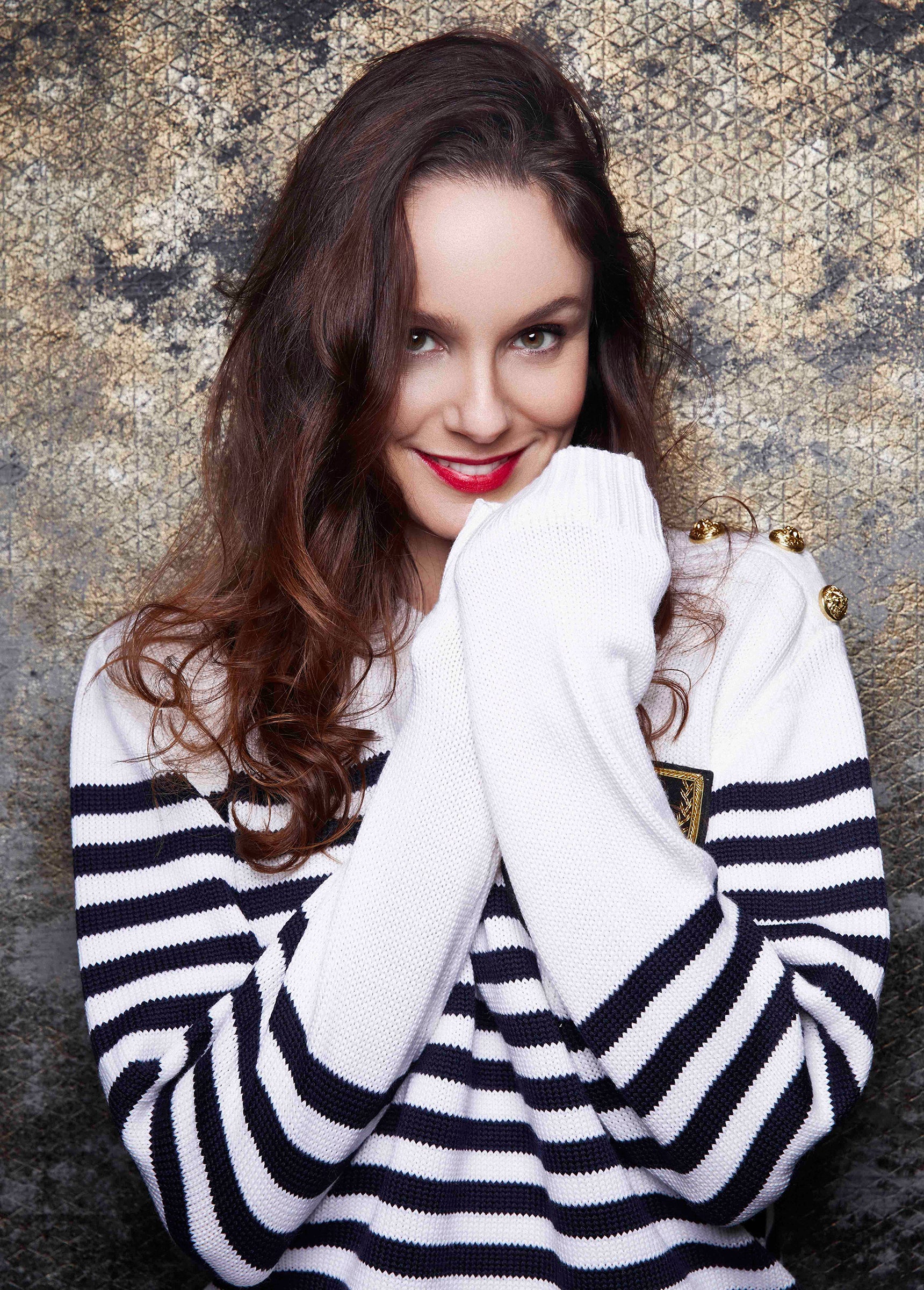 Sarah Wayne Callies had already appeared on shows like The Walking Dead, Prison Break, and Colony but was considering quitting acting. Then the new NBC show Council of Dads came along and changed Callies’ mind. The tear-jerking drama about a family undergoing emotional upheavals is something different and a definite change of pace from the horror, action, and science fiction of her previous shows. We spoke with the actress about her new project and what she hopes to achieve.

Why did you consider quitting acting?

I wanted to be a part of deciding which stories get told, so I was very much shifting into a space of writing, directing, and producing. I'm really interested in more inclusive storytelling that reflects the world that I grew up in, particularly in Hawaii. I started directing because I've been in 200 episodes of television and only had 16 female directors, and I thought, “Well I can complain about it, or I can join the DGA, and I can start working.” So that was my trajectory. I was thinking really carefully about what I wanted to put into the world. And then a script came along, that checked every one of those boxes, which was Council of Dads. 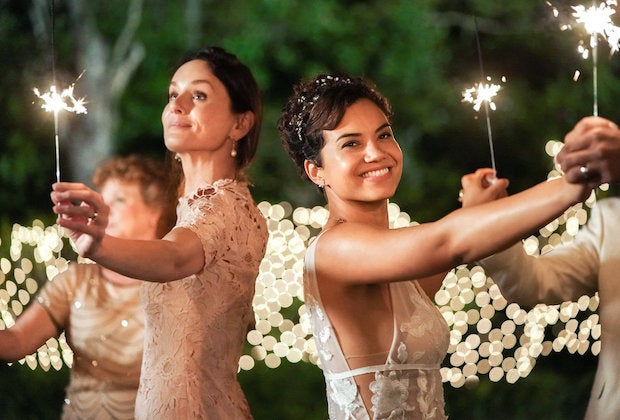 Sarah Wayne Callies and Michele Weaver in Council of Dads (2020)

What’s your personal connection to that project?

I’ve lost my own council of dads. Scott Wilson, who was one of my closest friends, died in October right before we shot the pilot. My father-in-law passed away shortly after we finished the pilot, and the last thing that we did together was curl up in his hospice bed and I showed the pilot to him. Around the same time, I also lost an uncle who had been a lifelong mentor. So this show felt very personal to me. What I like about it is that it reflects the way grief actually moves in life, which is to say that it's unpredictable. There are moments of real beauty, appreciation, and gratitude, and then sometimes it all falls apart. I was grateful to the show that it quickly becomes a show about healing and moving on.

It sounds like you can really relate to your character.

Yes, Robin and I are similar in that we are both working mothers, balancing quite a lot, but also kind of living in a society that tells you that if you ask for help, it's because you're weak and have failed. And I think we both had to come to terms with this idea that sometimes it's an act of grace to call someone up and say, “I can't do this. I'm asking you to step in and step up for me,” which is a very hard thing to ask, but making a request like that allows someone else to ask you for help, too, because you have shown the vulnerability and you have shown openness. It becomes a two-way act of kindness.

Who do you turn to for advice now?

J. Richards, who plays my best friend on the show, has become somebody I can't really go for days without talking to. He and Michael O'Neill have become a bit of a real-life council for me, but I've also been really lucky to have a beautiful network of friends for my entire life, and they’re very much like the family on Council in that my family is not defined by blood. I've got a Zoom conference call every Wednesday with five people that I've known at least since college, one of them since I was 11, and one of them since kindergarten.

Don't quit before the miracle. I was bartending at the West Bank Cafe at 42nd and 9th in New York when I heard one of the waiters repeat what a really famous established Hollywood actor had said: that in every career there is a miracle. I remember being so moved by it that I wrote it down on a piece of paper, stuck it in my wallet and carried it around for 15 years. I'm actually looking at it right now because it's pinned up to the bulletin board in my office. It's brilliant advice.

How long were you bartending?

Until I got fired. I was a terrible bartender. Larry was the name of the bartender at the West Bank Cafe who hired me. And the day he fired me, which was like three or four months later, he was in a towering rage and screaming at me and I screamed back at him, and I was, like, “You knew I had no experience, why did you hire me?” “For the same reason, I hired Bruce Willis. I knew you'd be a lousy bartender but I figured someday you'd be a good actor and I could say I gave you your first job in New York.” I told Michael O'Neill that story when we were shooting the pilot. And he goes, “I know Larry, I bartended for Larry when he was down on Wall Street at a bar that he owned 20 years before that.” I was, like, “No way.” So Michael O'Neill and I both worked for the same boss in New York a long time ago. It’s a very small world.

Jerry Bruckheimer is one of the producers of the show. How involved was he with it, and have you ever met him?

He was very much involved, but I never met him. Mr. Bruckheimer is one of those people that I feel like if you get the opportunity to work with him, you just take it. I know a few people who know him quite well, and he has a reputation for being incredibly kind and generous. People from his company, James Oh and John Phillip, were on set during the whole pilot. But for the series, they trusted us and it's a testament to our showrunners, Tony Phelan and Joan Rater, that the team at Bruckheimer would read the script and watch the dailies and they said, “You don't need us standing over your shoulder.”

You filmed the show in Savannah, Georgia. Do you think you will be able to go back there?

While my first concern is trying to support the show in its first season, I'm thinking, of course, about the second season because I love the show, and I believe in the story with every fiber of my being. I want to go back and do more of it. I think it's going to look really different if we come back. I think there's going to be another level of commitment in the storytellers because when we come together to tell a story we don't do anything else. We don't go out on the weekends, we don't go to restaurants, we don't go to clubs. We're not doing karaoke with the crew every Friday night, which we did on Council of Dads. I think it's going to be very monastic.

How do you envision the future of TV productions?

I think the writing will change quite a bit, which is to say I think there are going to be fewer day players, fewer guest stars, fewer locations we can't control; I would expect to see a lot more shows shot in the studio, and shot with a relatively stable cast. And I'm grateful that I'm on a show where that's all possible.

I am in British Columbia and I am locked in with my husband and two children, which despite being a busy time, is far better than being locked in on my own. I think I'd have a really hard time if I were alone, and my heart really goes out to people who are navigating through this on their own. I don’t have a free hour in the day with two kids, but it also means that I start every day with a six-year-old on my lap reading Harry Potter. And that’s actually incredible.

Would you come back to another season of Prison Break?

I think that would all depend on the story. It feels like we told the story to its completion. But Wentworth Miller has always had an incredibly agile mind and he is a remarkable storyteller when it comes to writing. If he were to come up with an idea that he thought was worth doing, I would be thrilled to hear it.