The Quarantined Talent: Shohreh Aghdashloo Tries To Be Productive

by Helen Hoehne June 5, 2020
Share on FacebookShare on TwitterShare on PinterestCopy URL 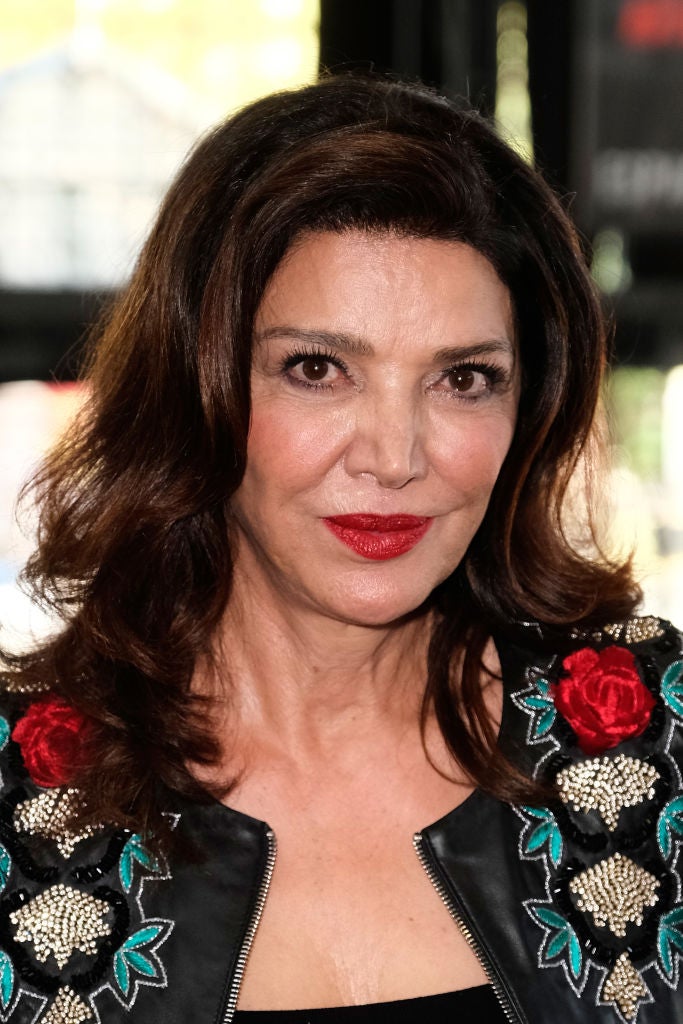 In 2009, Iranian American actress Shohreh Aghdashloo became the first Iranian woman to win an Emmy for her performance as Saddam Hussein’s wife in the HBO miniseries House of Saddam. She is also the first woman from the Middle East to be nominated for an Oscar for her role in House of Sand and Fog. Before the Coronavirus pandemic broke out the actress wrapped production on the new (and fifth) season of the futuristic Amazon series The Expanse, where she plays high-ranking United Nations Deputy Secretary Chrisjen Avasarala. I spoke with the actress about reprising her role and breaking stereotypes.

My husband and I are trying to be productive no matter what. I am the kind of person who has to do something every day. At the moment I am writing my new book, which is a sequel to my memoir. It's been a couple of years that I wanted to write it but I never had a chance because I keep working back to back. So now I can finally do it and I am very happy about it.

What is your second book about?

My memoir finishes around 2004/5, two years after I've been nominated for an Oscar. I am picking it up from there, covering 15 years of working in Hollywood or the American television industry.

What can we expect to see in season five of The Expanse?

Every year the plot is revealing itself more and more and we are seeing more layers of this multilayered meaningful futuristic depiction.The saga continues and reveals more about not just outer space, and the other planets, but also about the Earth and the people of the Earth. We could tell this story for another 10 years. It has so many details in it. Even if we go ahead and finish it, and tell the story to the end, there would still be many subject matters left, that could be turned into movies. That’s how rich these novels are. They are incredible. One scientist told us that this is the most accurate version of the future and I believe it.

Were you a fan of the science fiction genre before you got the role?

As a matter of fact, I was. I remember when Star Trek came to Iran. Every Friday we would get in line to watch it. I was a child and it left its marks. It made me feel so curious about outer space and the future.

Do you think life on another planet is possible?

Yes, I do believe that people are living on other planets that we are not aware of. We maybe wouldn’t call them people. We would call them species. If there is water and oxygen, then there should be beings as well.

The series has received amazing critical acclaim. Why do you think people are drawn to it?

You grew up in Tehran, Iran before you left for the UK to study. How would you describe your childhood?

I was born into a very happy family. My parents were in their early twenties when I was born. They kissed me so much that I got tired of them kissing me! My grandmother always told me bedtime stories and those bedtime stories saved me during my time in the UK. When I left Iran during the revolution, I drove to the UK. It took me 12 days to get to London. I sold my car and my jewelry to go to university to study. I didn’t have enough money to eat every night but the bedtime stories of my grandmother saved me during those nights. They reminded me of my happy upbringing.

What did you study?

I decided to study politics because I wanted to educate myself and find out what was going on Iran and why it was happening there. When I was growing up, we called Tehran the Paris of the Middle East. It was such a beautiful and serene country. We ate cheese from Holland and chocolate from France. We wore mini skirts and had discotheques. Overnight everything changed; the whole country went back 1400 years. That’s why I am in love with the TV series The Handmaid’s Tale. Margaret Atwood wrote these novels in the late 70s and I am dying to ask her if any Iranians gave her any tips.

Do you see yourself as a role model?

Yes, I do. When I was reading the first season of The Expanse, I was smiling and my husband asked me “what’s the smile for?” I told him I am portraying the Deputy Secretary of the United Nations and Dominique Tipper plays the engineer. 20 years ago if you had made the same series, these roles would have been played by men. It's so heartwarming to see the change. Not just because I'm an actress and I would like to play a variety of roles. The important notion is that when young women in the Middle East or elsewhere see me playing such an important role in an American TV series, it will give them hope for the future that they can become whatever they want to become.

Do you think stereotypes about women from the Middle East have changed?

Oh my god, yes they have. I think social media played a great role in it. We are far more familiar with what is going on in the Middle East or elsewhere and that’s all thanks to social media. We get our news right away without being aware that we're studying other people's lives in other countries. We see clips from Italy, Africa, and other parts of the world. So we're far more familiar with the life and people of other countries without ever having to travel there. And filmmakers are finally paying attention to that.

Can we call you a trailblazer?

Yes, I’ll take the credit, and I am deeply humbled and honored. But apart from that, I am also a black sheep because my mother wanted us to become doctors and engineers. I have three brothers. She wanted me to become a doctor. But at the age of five or six, I knew that I wanted to be an actor.

Industry
Janelle Monáe: “We all must come together”
June 5, 2020
Interviews
Michelle Dockery on Downton Abbey, Defending Jacob and Stereotypes
June 5, 2020