Rachel Morrison: Getting Critical Acclaim as Director of Photography

by Margaret Gardiner February 19, 2018
Share on FacebookShare on TwitterShare on PinterestCopy URL 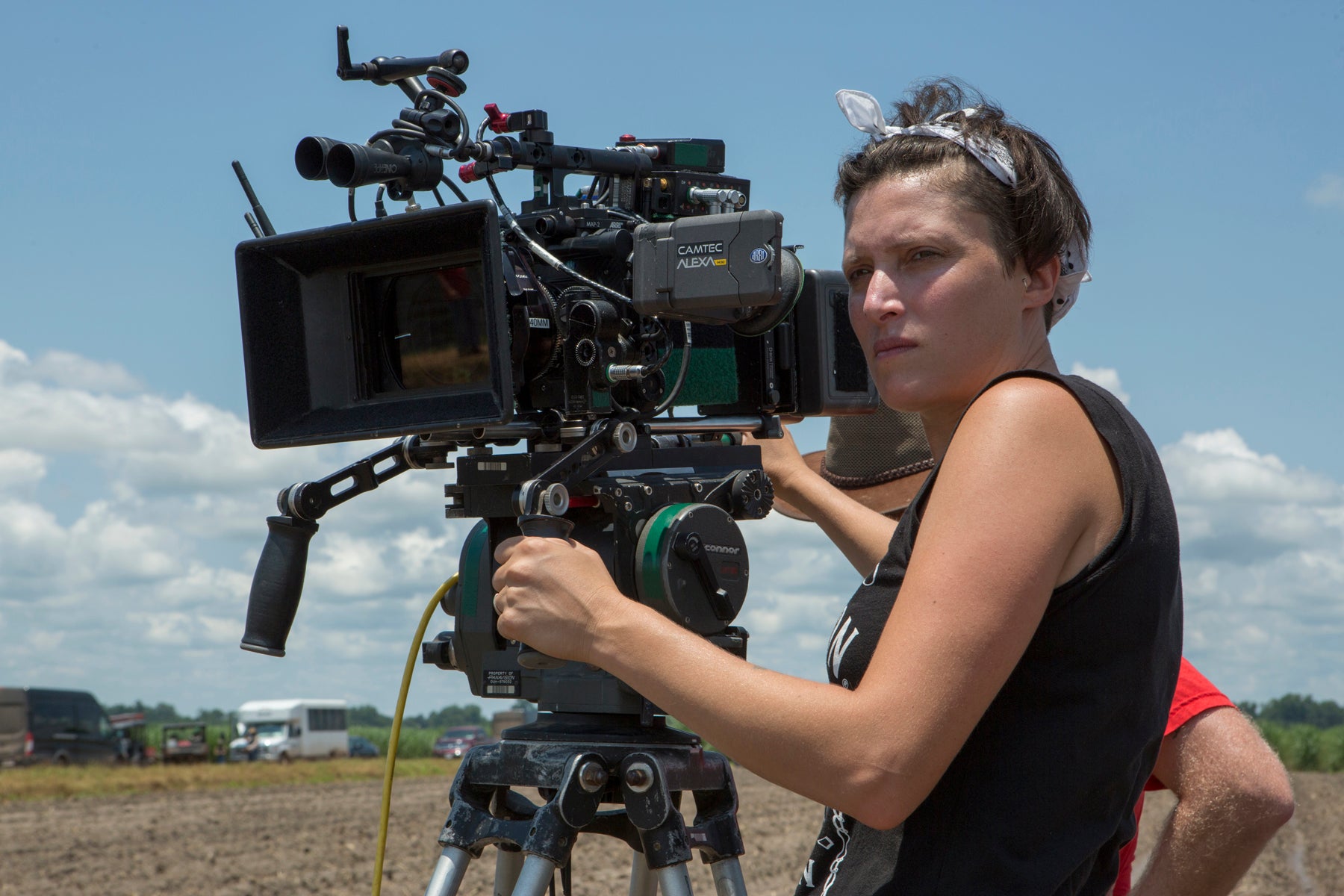 “I believe a (Director of Photography’s) job is to empathize and visualize human emotion. Things women are inherently very qualified for, so I've never understood why there aren’t more women in the camera and cinematography departments.” Says the only woman in 90 years ever to be nominated for an Oscar in that category for her work on Mudbound, directed by Dee Rees.

Given all the misnomers about female DP’s, Morrison, who I spoke to from Sundance, was still absorbing the nomination. “I don't think I fully grasp the scope of the historical context. I guess it’s groundbreaking, but the hope is that now it's been broken, the floodgates will open, and you will start to see women nominated every year. Hopefully, more than one woman will be nominated.”

In order for that to happen, some of the fallacies for lack of equal gender representation in the field have to be overcome. The former documentarian questions the concept that women don’t have the physicality and endurance to handle the job. She’s fighting a cold but you can hear the frustration in her voice. “I think that is such a crock…,” She struggles for words, “A crazy myth. I don't know who perpetuated it. There is also this idea that the reason there are starting to be more female DP’s is because cameras are getting lighter – which is also the most ridiculous thing I have ever heard. I would take a heavy camera that is well balanced over a light camera that is front heavy any day of the week. To hold a 40 or 50-pound camera, it's not like you're holding a dead weight.”

Since we are talking about the lazy excuses for the lack of equality in gender representation in the category, Director of Photography, we tackle the notion that women can’t shoot action. She literally loses her voice for a beat before answering, (although it could have been the flu kicking in.) “Action is just one piece of the puzzle.” She explains the reality. “It’s very commonsensical. Making a film is just putting all the pieces together. With action, you're often working with the stunt coordinator – whether you are a male or female Director of Photography. Regardless of gender, “You're working closely with people whose specialty it is to choreograph the action. It is very intuitive. You look at what angles you can film a punch that is most dynamic. And it is not something that should be gender based at all.” A concept the millions of people who love Black Panther obviously agree with, since Morrison more than ‘handled’ the action helming Director of Photography on that blockbuster, too. “If anything, women are known for being exceptional at multitasking, and for me, filmmaking is the ultimate version of multitasking. Shooting action is similar in that it is about putting a lot of ingredients in the pot and making it work as a whole.”

Making it work was a key ingredient in shooting Mudbound, especially as the camera literally often got stuck in the mud. Rachel chuckles, “I was caked in mud at all times.” But then gets serious, “I’d never done a movie with such extreme elements. We were originally supposed to shoot in January, by the time the cast came together we were shooting in the South in July – which is brutally hot. We had to do some of the shots in splits because you couldn't stand the brutal heat. The weather is inconsistent, it starts sunny and then 45 minutes later it will be storm clouds and then you endure torrential downpours and then 10 minutes later it will be sunny again.” She’s not complaining, just answering a question. “So, sure, that was challenging, but it worked for the film.”

As we conclude I ask her what is best about being nominated. “I guess the best thing is that it speaks to the next generation of women who are thinking about careers in the camera department.” Research suggests that the lack of women role models in positions traditionally held by men impact women by not choosing that career to follow. Morrison is aware of this. (The nomination allows them “to see that's possible for them and there are no barriers to how far they can go.”

The following quote from Ryan Coogler, writer and director of Black Panther – a superhero blockbuster – on working with Rachel Morrison, supports the notion that there is no reason for the dearth of women cinematographers behind the camera when shooting action – or any other kind of scene.

What did she bring to the project from a woman's perspective?

I will say there's nothing specific where you could say that's a woman's perspective.  Rachel’s really good at her job. She lights beautifully. She does have a different aesthetic that you will find in superhero films which I thought was cool, but she can light anything.  You can do it any way you want, she's very versatile and I think that the way she runs our crew, that’s probably where you could see a woman's touch in terms of just how respectful she is, how everybody feels valued on our crew. 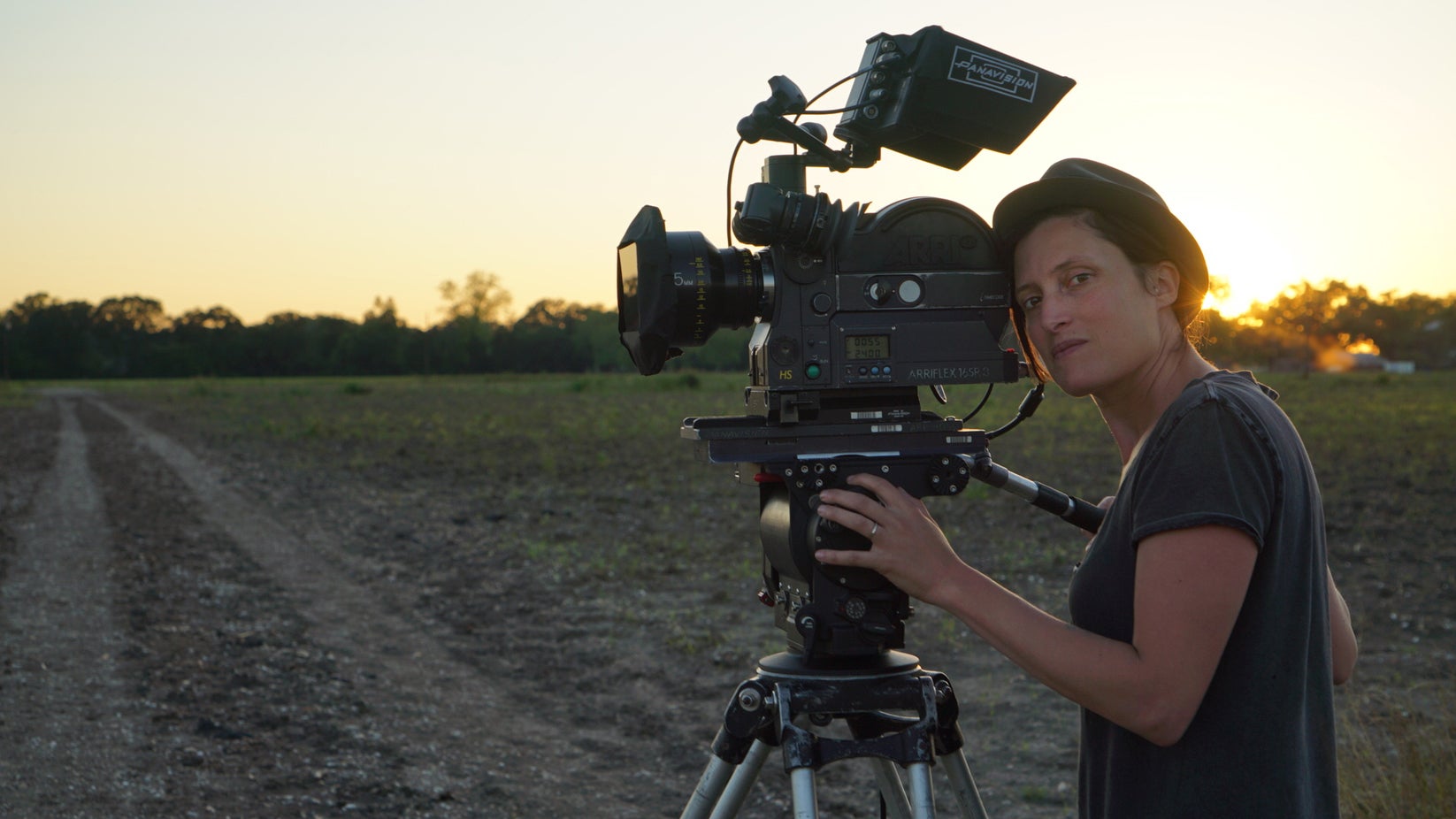 They respect her tremendously and she never has to raise her voice. She’s very strong and in command but in a way that's totally grateful. She has so much talent that you just got to respect it.  She can deal with incredible hardships very quickly and is able to make snap decisions that are kind of always the right way and when things get stressful you know she has a very centering quality to her, which can make it easier on a film. She's extremely talented. I was kind of in awe of how good she was.